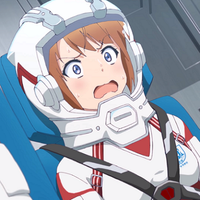 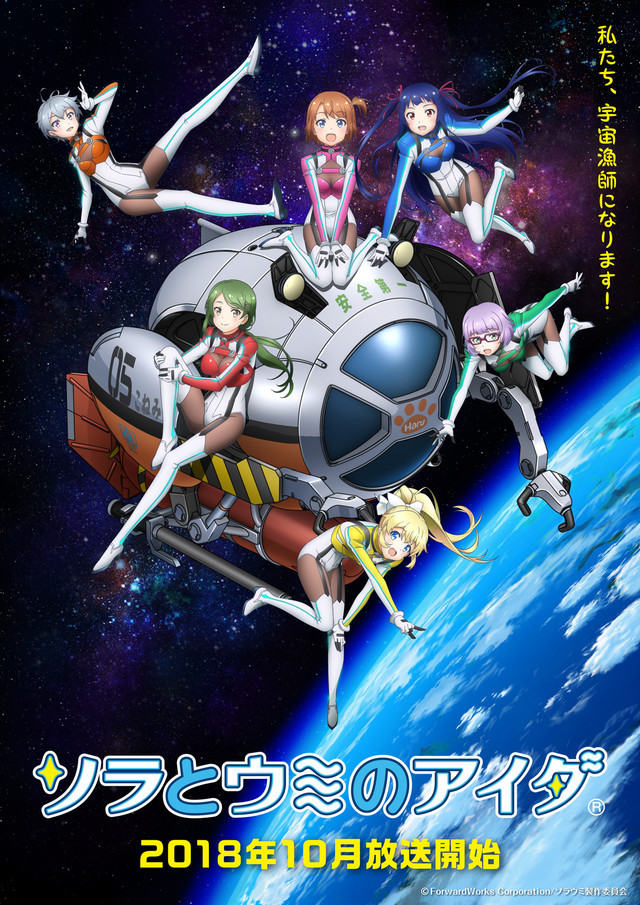 Space is the place to catch the biggest and tastiest fish in a new trailer and a new key visual for Sora to Umi no Aida ("The Space Between the Sky and the Sea"), an upcoming TV anime that is part of a mixed media project by ForwardWorks that imagines a future setting where people catch fish in space.

The Sora to Umi no Aida TV anime is directed by Atsushi Nigorikawa and features animation by TMS Entertainment. The story is set in a world where fish have disappeared from the Earth's oceans, prompting the establishment of "Space Fish Preserves". Sora to Umi no Aida follows six young women from the city of Onomichi in Hokkaido who dream of being "Space Fishers", a profession that combines the skill sets of both fishers and astronauts. 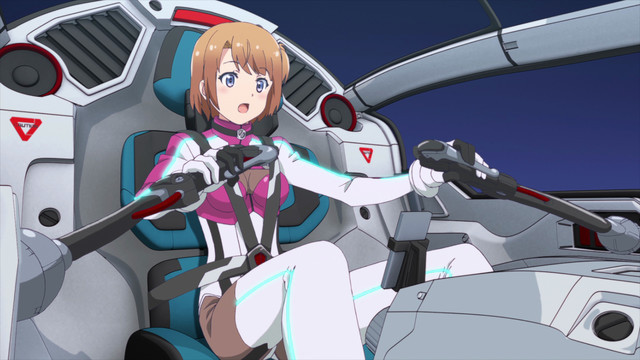 Sora to Umi no Aida will begin broadcasting in Japan in October of 2018. If you'll pardon the pun, I'm already hooked on this concept.