FEATURE: ADV vs ARM, A Tale of Two Lawsuits 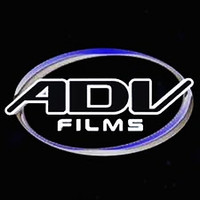 The opinions expressed in this article are those of the legal documents or otherwise the author of this article.

With the recent FUNimation vs. ADV, Sentai Filmworks, etc lawsuit, some may be wondering "How did this happen?" "How could ADV get into a position where they could owe FUNimation money?" "Is 8 million a realistic number?" Let's fill in a gap in history in a search for possible answers to these questions.

This is a summary of how we got here, of what happened between ADV and ARM, gathered from court documents from a lawsuit in April 2008 in the Harris County Court system that has gone unreported on.

First of all, a quick background. Who is ARM?  ARM was a subsidiary of JCI, Japan Content Investments. JCI was owned by Sojitz, the Development Bank of Japan, and KlockWorx.

In the middle of May 2006, ADV and ARM signed an agreement known as the "Strategic Alliance and Content Acquisition Facility Agreement." This agreement set up a system in which ARM would provide a line of credit equivalent to around 8.5 million USD and manpower to ADV to acquire new titles. ADV would do production work on the new licenses, release them, and repay ARM.

ARM could be compared to a credit card. ADV would use them to purchase titles and pay the balance back through sales and other monetization. However, unlike a credit card, the balance was not made to be paid in full immediately. ADV's payment plan for each title was set to start 6 months after each acquisition was made and continue monthly for 15 months. For ARM's services, an additional service fee was charged based on the outstanding balance. All the titles acquired under this agreement, the "ARM Titles" would be securities for this money, until the licensing fee for the title was paid in full.

However, this isn't all this agreement did. The agreement also allowed JCI to purchase stock in ADV and name people to high ranking positions within ADV, including a CFO and Chief Strategic Officer.

It is from here that the court documents begin their story:

In March of 2007, 10 months after the agreement was signed, for reasons not stated, ADV's revenues were low. ADV began an attempt to locate additional funds. However, ADV states in their claim that it wasn't ADV, but ARM and its parents that took control of this search. All of the potential deals are said to have fallen through by September of 2007.

In August of 2007, ADV failed to make its scheduled payment to ARM. ADV and ARM meet and ADV asks ARM to reschedule the payments. ARM agrees and in September of 2007, ADV and ARM sign the "Rescheduling Agreement."  The rescheduling agreement moves August, September and October's payments to November, December, and January respectively. As a result, in November of 2007, ADV would owe both August and November's payments. This rescheduling agreement also states that as of July 31st, 2007, ADV's liabilities exceeded its assets. As of July 31st, the total outstanding balance on licensing agreements was roughly 8.9 million dollars.

In the middle of October of 2007, ADV runs into further money problems and notifies ARM that they are unable to make a payment to their secured creditor for the non-ARM titles and that this could possibly cause a default of their agreement with ARM. ADV had been banking on a deal which had not been finished.

On November 2nd of 2007, ARM informed ADV that it's in default of the agreement for the first time. On December 11th, ARM notified ADV that they had stopped making any money available to ADV. On Dec 14th, ARM's lawyers sent another letter stating that the prior two letters are no longer valid and that this time, they are noticing them that they are in default for non-payment. ARM again terminates the line of credit on December 26th and declares a default on the rescheduling agreement.

On December 28th, ARM begins exercising its remedies provided in the agreement, having gone through all the other steps required to declare ADV to be in default. The remedies allow ARM to "Step into ADV's shoes," effectively taking control of what ADV is allowed to do with each title. ADV is not to sell any DVDs without ARM's permission. As allowed by the agreement, ARM also requests that ADV return the materials, including localization materials, to ARM. Finally, ARM declares that the entire balance is due immediately.

On January 9th, 2008, ADV tells ARM it has stopped sales and production on ARM titles. ARM claims that they were informed on January 15th that ADV continued delivery of titles throughout January and was sent a spreadsheet on January 26th confirming delivery.  On February 25th 2008, ADV and ARM entered into a bridge agreement. The purpose of this agreement was to prevent the ARM titles from losing value while ARM tries to find a buyer for the titles. This agreement allows ADV to continue selling and shipping DVDs to raise funds to pay off the debt owed.

On April 17th 2008, ADV files a lawsuit in Harris County Courts seeking a temporary injunction after ARM had noticed ADV that they would be selling the rights and agreements in a private sale on April 21st. This injunction was denied after ARM rescheduled the date of the sale to April 28th, 2008. The case was A D Vision INC vs. ARM Corporation.

In the lawsuit, ADV claimed ARM was acting in its own interests and not in the interests of ADV, who they had invested in. ADV sought to prevent ARM from selling the titles, both due to improper notification of the sale and as they present a value to possible investors in ADV. Among ADV's other claims was that ARM had artificially inflated the purchase prices of the licenses and that the Sojitz employees who were working at ADV as ARM employees were working in the exclusive interest of Sojitz.

On April 21st, 2008, ARM denies ADV's claims and files its counterclaims. ARM simply claims that ADV has repeatedly breached the agreements and continues to benefit from these breaches.

ARM also petitions for a Writ of Sequestration: ARM wants the court to take custody of the materials for the ARM titles. ARM claims ADV has refused to turn them over since it was first requested in December and because of their continuous breaches of the contract, the materials and the value of the material are at risk. The balance due at this point is said to exceed 11 million dollars while the materials themselves are estimated to have a value of 3 million dollars.

The court grants the writ and on April 28th, 2008, the Writ of Sequestration was served. ARM employees accompanied a deputy constable to ADV's offices to obtain the materials for the ARM titles. However, for various reasons, not all the materials were available at the time requiring the constable to return on other days. After the sequestration is finally fully carried out and the two sides go back and forth about what the bond should be, the case doesn't make any progress and is dismissed on mutual agreement. And thus ends the tale told from the lawsuit.

As was later reported at Anime Expo that year, ARM proceeded to sell most of the titles to FUNimation. According to court documents, the buyer was going to be paying approximately 3.7 million dollars, but the other terms of this agreement that ARM made with the buyer are not mentioned anywhere in the April 2008 lawsuit.

Lastly, before people jump on either company for being at fault, a brief word: The amount of "He said" "She said" has been intentionally minimized in the above time line. Both sides make many claims about the other side's actions. However, it seems that both ADV and ARM are at fault for this situation. According to the agreement, both companies had some ability to to prevent this over-priced licensing cascade.

As an example provided in the court documents, the series 009-1 was acquired for $25,000 an episode. This title was not very popular at all and would need to sell about 10,000 units to break even on licensing costs alone, at a time when other sources indicate half of that was what a good title sold.

It appears both companies had completely unrealistic ideas of what the market was like and of what the other company could pull off.