The summer of the Galaxy Express 999 movie 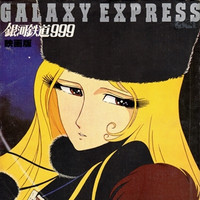 One of the oldest Japanese anime magazines in my bookshelves is Animage's 1979 August issue. Tokuma Shoten began publishing it in July 1978, so this was their 14th issue. It was the time before the words such as "Otaku" or "Moe" were born among the anime/manga community in Japan. The anime fans were simply called "Anime fan" those days. 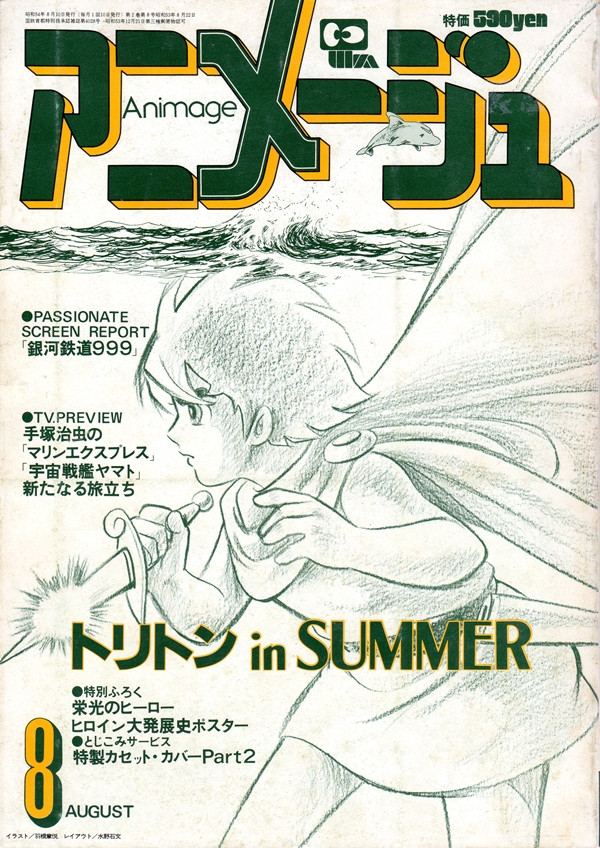 Cover: Umi no Toriton (Triton of the Sea)

Based on a manga series by Osamu Tezuka (Astro Boy, Black Jack, Phoenix)

Illustration by Yukiyoshi Hane (character designer of the anime series) 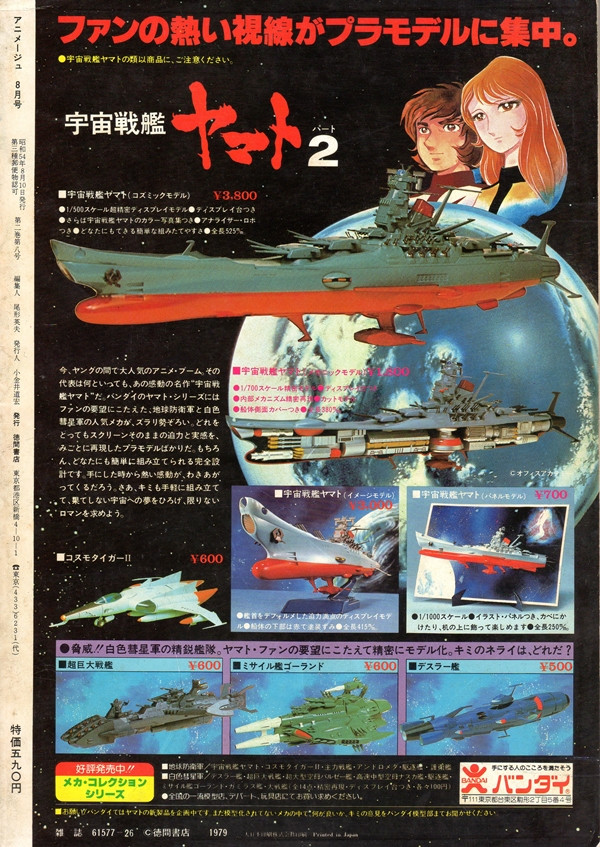 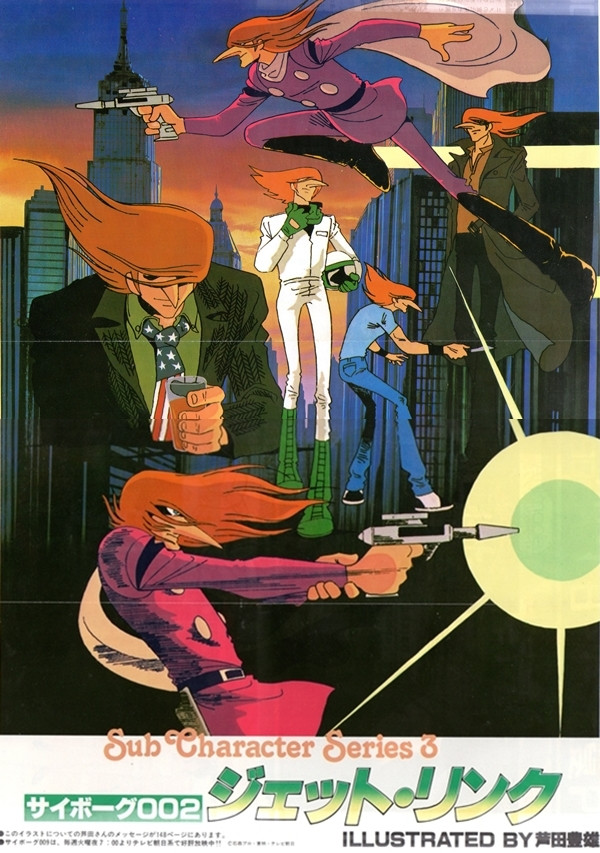 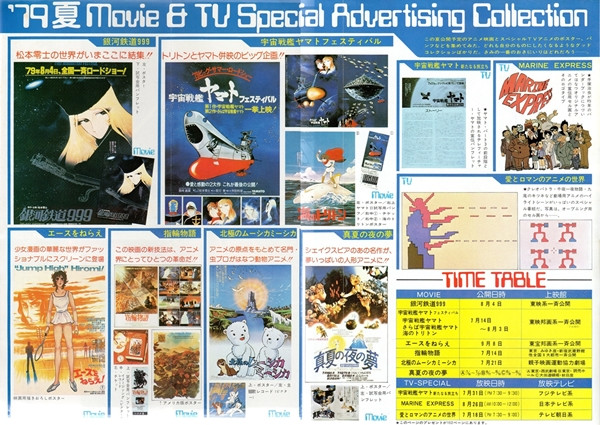 ・Umi no Toriton (compilation film of the TV series )

・Ace o Nerae!/Aim for the Ace! (compilation film of the TV series )

・The Lord of the Rings (animation film by Ralph Bakshi) 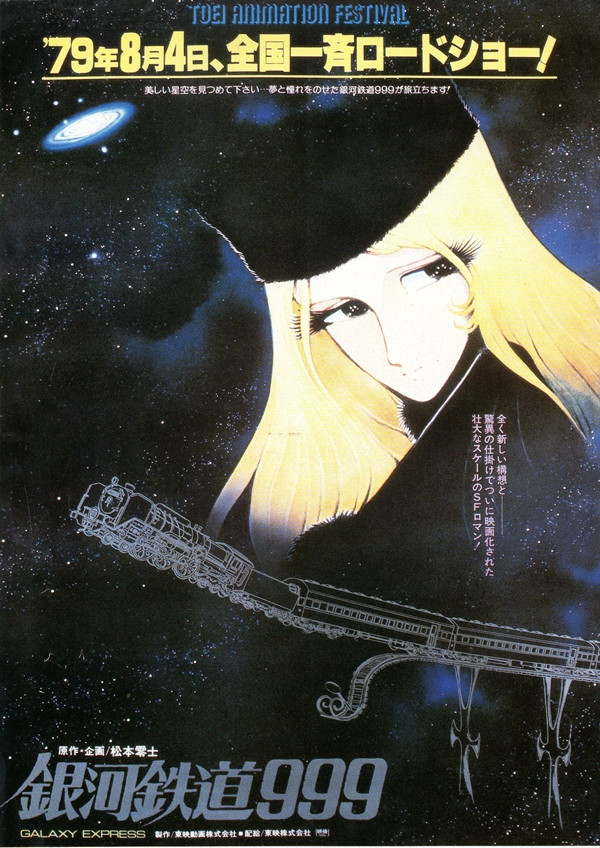 highest-grossing film of the year in Japan. 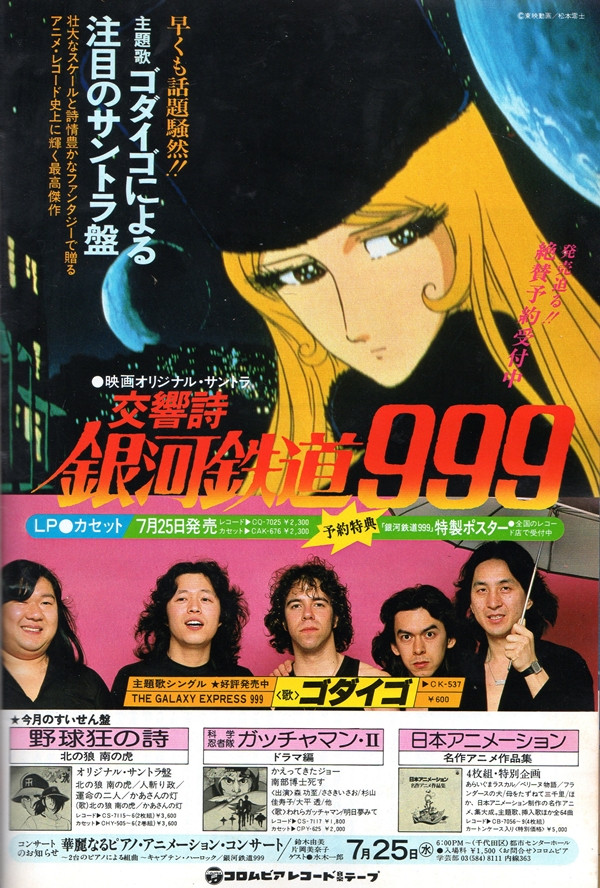 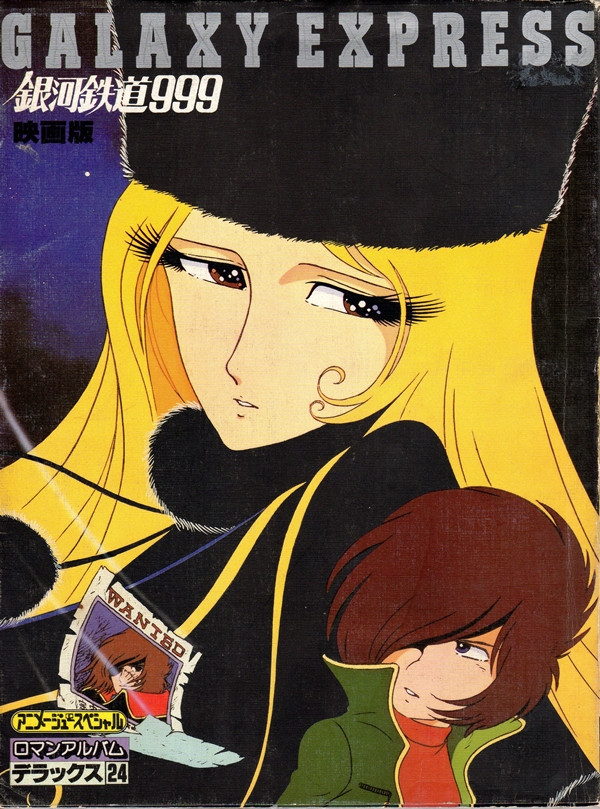