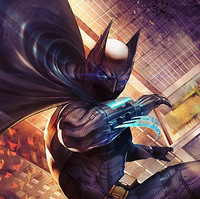 Editor in chief Patrick here...wanted to let you guys know that we here at Crunchyroll News had some debate about putting this story up in lieu of the recent unfortunate events in Aurora, Colorado. This story was prepped and scheduled well before the tragedy unfolded late last night, and we had no way of guessing the headlines that we would wake up to this morning. As it stands, we’ve opted to run this story anyways, as a reflection of our determination not to let current events get us down and our genuine excitement over the release of a new superhero movie. In no way do we mean to trivialize what happened. We hope you understand and sympathize with our decision. Thanks, and enjoy Fanart Friday...

Fanart Friday returns, having pressed its tights and put away its exploding gas balls in preparation for The Dark Knight Rises! Last week, we ushered in the sweltering heat of summer with beach, pool, and festival-themed fanart, but this week's installment is a little more... indoor-centric. Much like our merry Marvel Edition heralded the release of The Avengers, we'll be taking a look at DC's stable of standout heroes for Christian Bale's final turn as the Caped Crusader.

Yeah, the thing people forget about Batman is that he doesn't mind having other folks around to do the heavy lifting that he, uh... can't do. Especially using Aquaman, jeez--the guy's a thousand times meaner than everybody seems to think he is. So don your cape and cowl, look to the sky for the Bat-signal, and get ready for a DC-themed ride on this week's Fanart Friday! 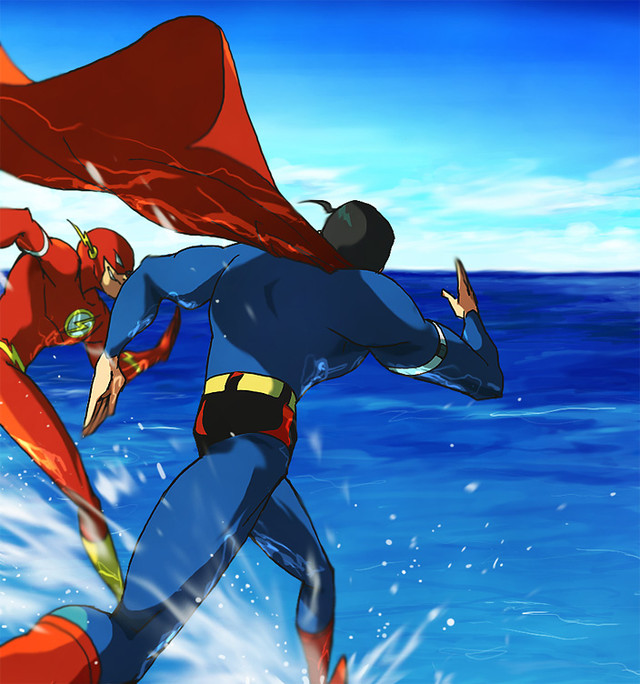 And we're off! I have to say that one of the most emotional moments of Justice League Unlimited was when Flash almost died taking out the Brainiac/Luthor fusion. JLU was probably the best DCU cartoon for its scope and the way it handled its massive, rotating cast. 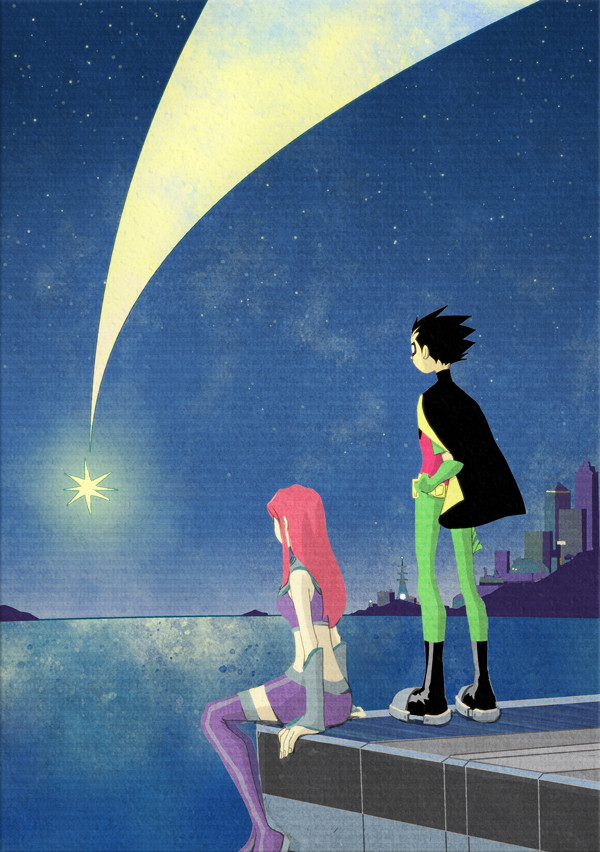 Another confession: I don't really like Teen Titans. I'm a DCU purist, though, and I can completely understand why everybody else likes it so much! 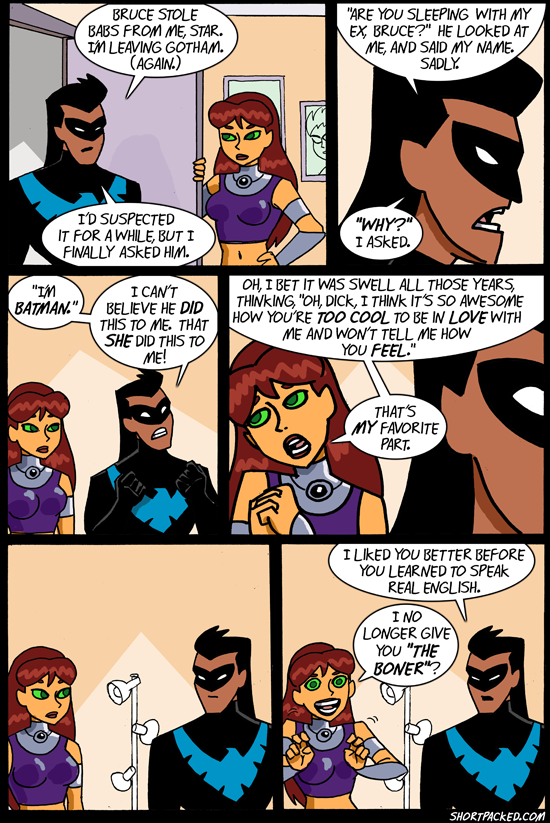 Personally, I just like all the awkward situations you'd get with the Titans as adults. 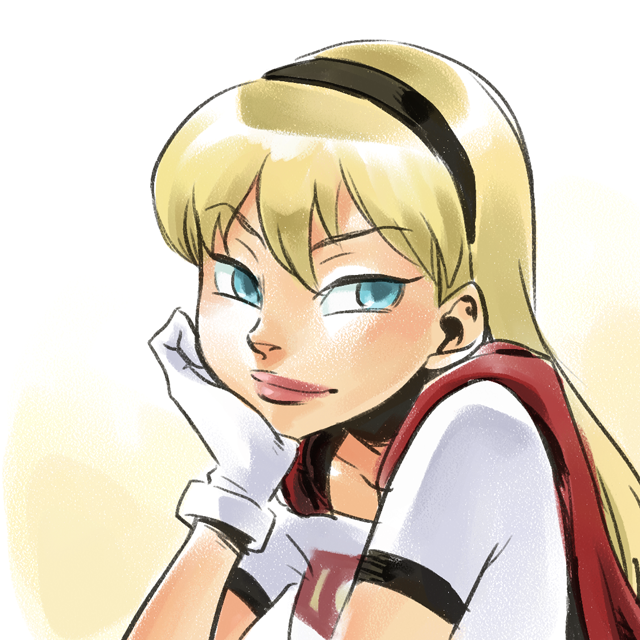 And somehow, we're still talking about the DC Animated Universe. I love how they brought Supergirl in during Superman: The Animated Series, and then really developed her character (and gave her one hell of a throwdown with Galatea/fake Power Girl) in Justice League Unlimited. 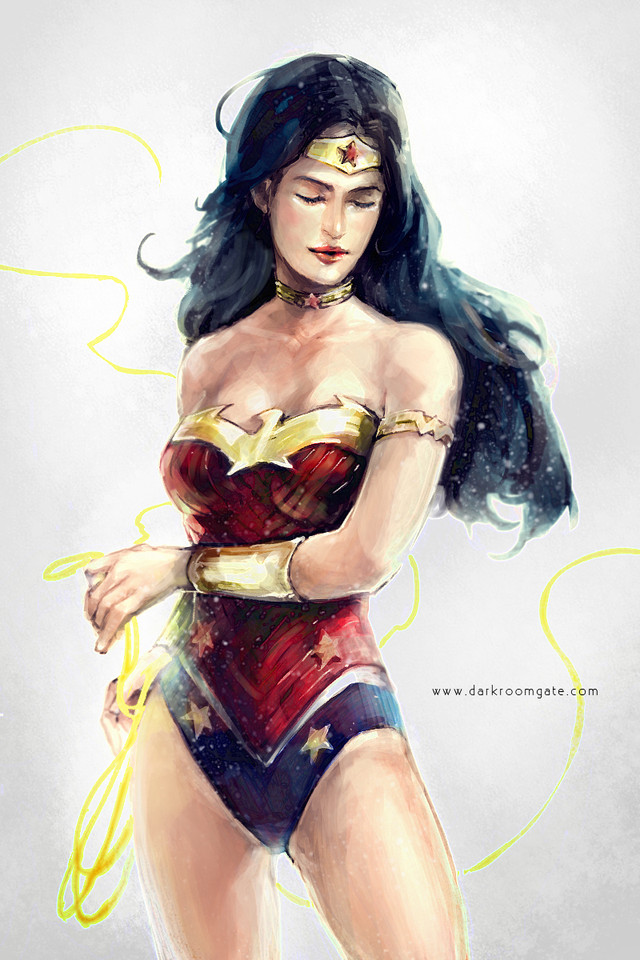 There's really only one reason why we can't have a good Wonder Woman movie yet: nobody's scary enough. Diana will kick anyone's ass for the fun of it, and nobody can really pull that off and make you believe it at the same time. Maybe Gina Carano? 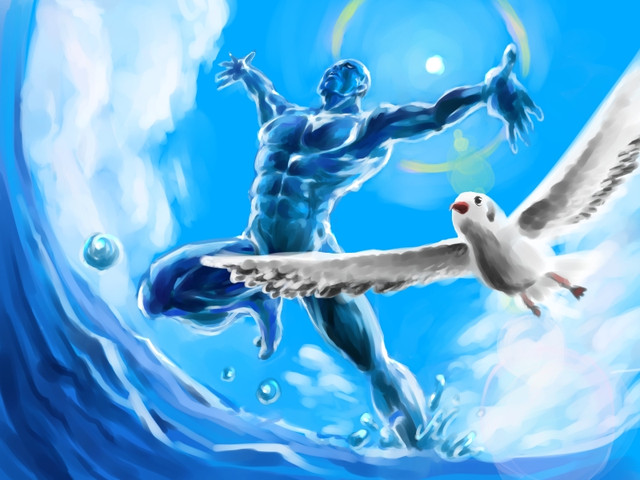 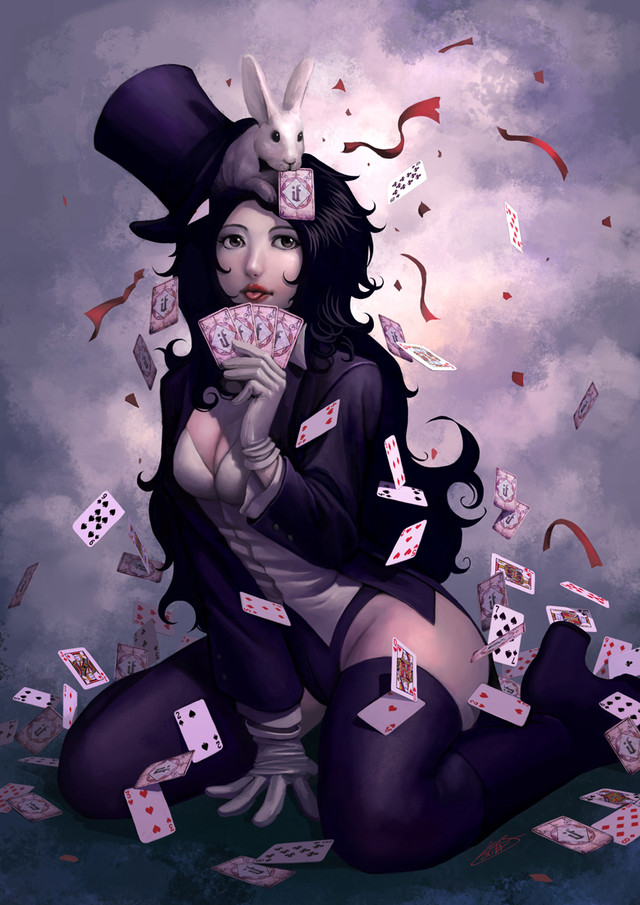 Normally, I'd insert a rambling paragraph here about how much I love Zatanna. It'd deal with something about thigh-high boots and top hats or something to that effect and would scare off a lot of you. I probably have already, haven't I? 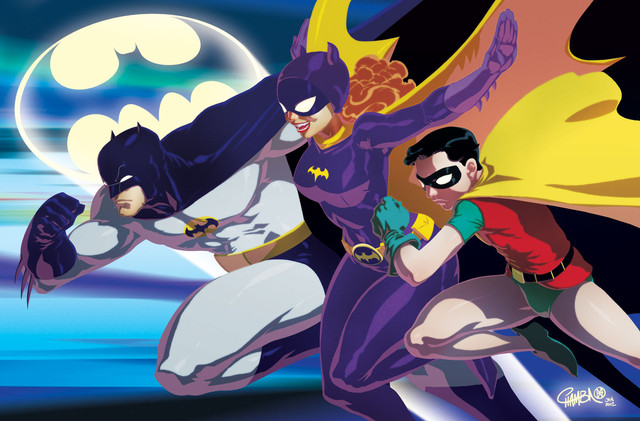 And there you have it, folks: the only time the '60s Batman has ever looked cool. 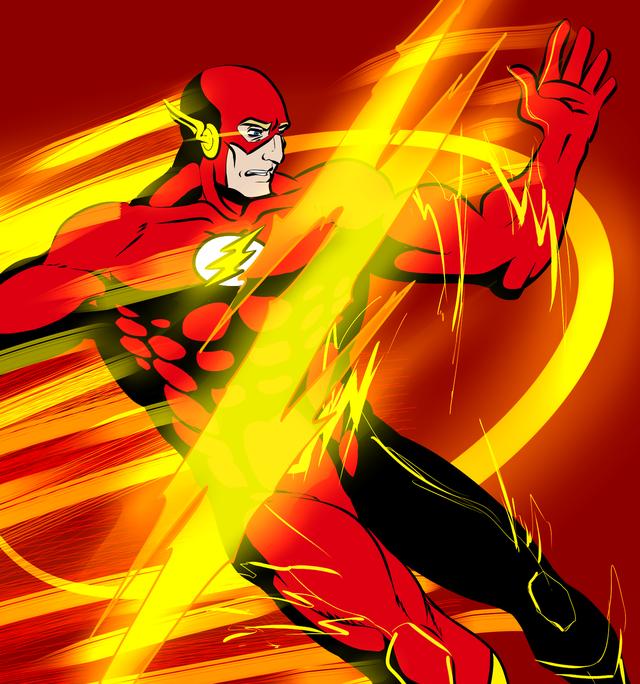 So in short, the DCnU (or "New 52") is Flash's fault. He did something and reset the timeline and now Superman is an arrogant jerkass, Wonder Woman is a fight-happy shounen hero (not that she wasn't already) and Green Lantern will not shut up about how awesome he is. 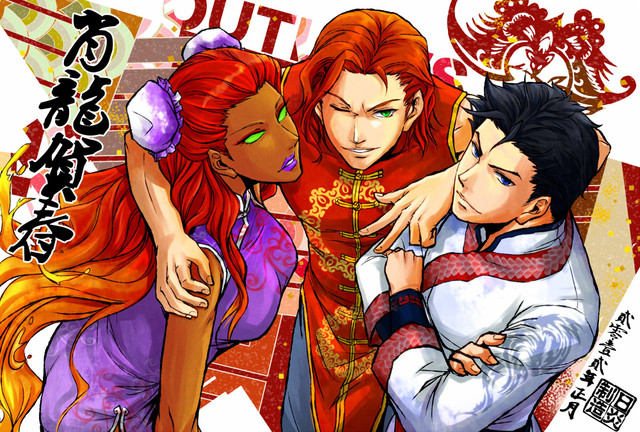 Red Hood and the Outlaws wasn't that bad, honestly. Could've been a whole hell of a lot better, but it wasn't a bad book. Plus, it was nice to see Starfire and Arsenal (Speedy/Red Arrow from Young Justice) team up and knock heads with ex-Robin and ex-Bat villain Jason Todd. 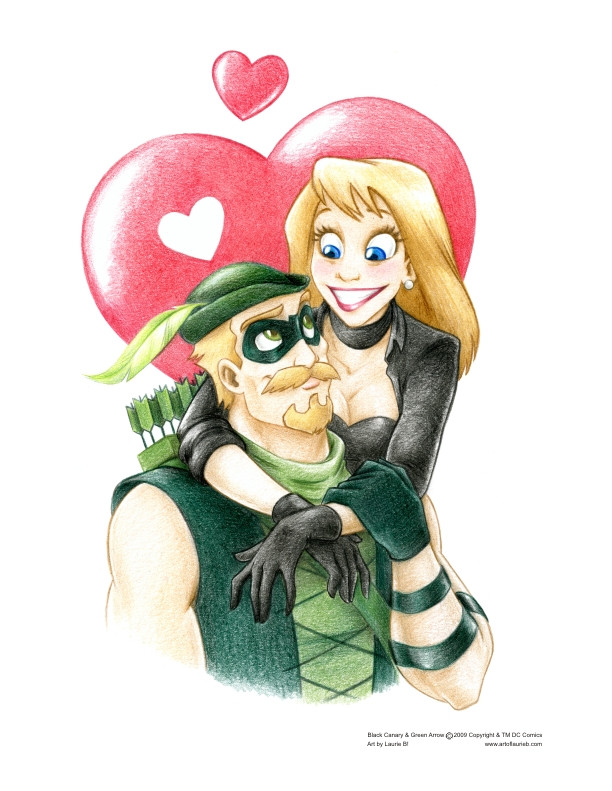 You've got Superman and Lois Lane, Batman and Catwoman, and Nightwing and Oracle, but one couple you don't get to see as much of is Green Arrow and Black Canary. Although honestly, it did get a little weird in Justice League Unlimited whenever they'd find some sly way to talk about what they got up to after-hours.  Eesh. 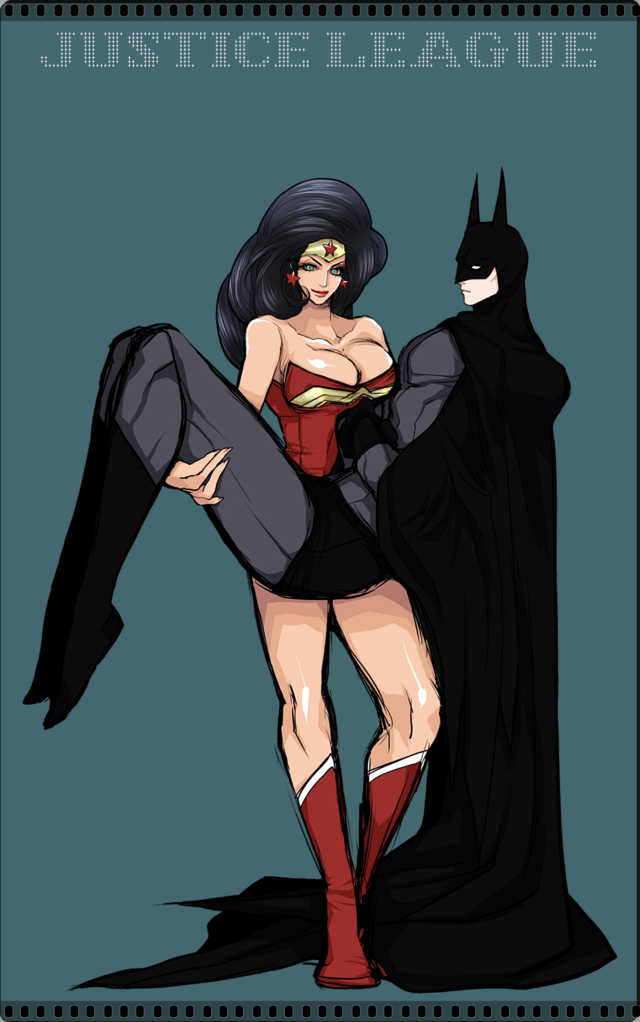 Yeah, this about summed up Diana's Bat-crush from the DCAU. We know who was (figuratively) wearing the pants in that relationship. 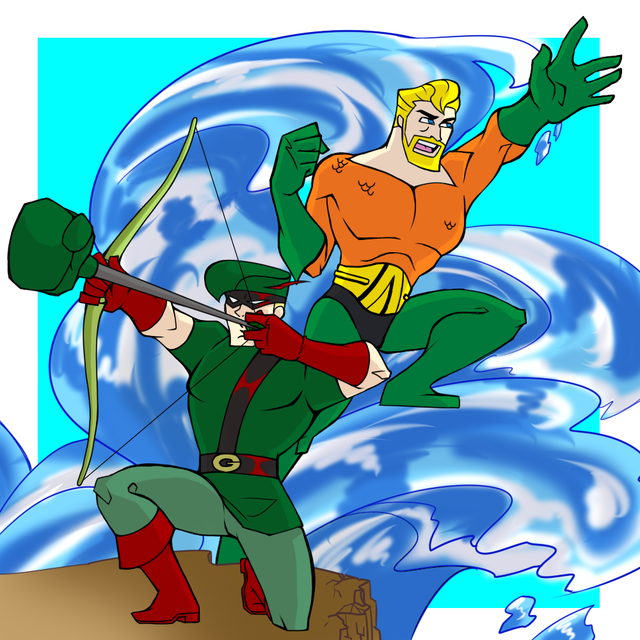 Y'know, it's weird--I hate the '60s Adam West Batman, I hate the Tim Burton and Joel Schumacher Bat-flicks, and I don't like Teen Titans or The Batman all that much... but I absolutely loved The Brave and the Bold. A lot of that had to do with Diedrich Bader as Batman, and the constant appearances of Green Arrow, Blue Beetle, and Aquaman. 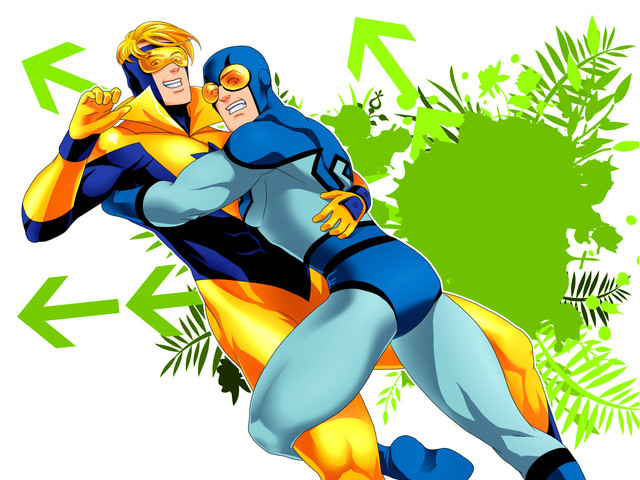 Oy. Yeah, Blue Beetle and Booster Gold were BROS 4 LIFE, but I don't think they were this close. Of course, since their book was funny, had great writing and was more than the standard "shocking twist every three issues with big superhero fights," IT GOT CANCELLED. Publisher logic baffles me. 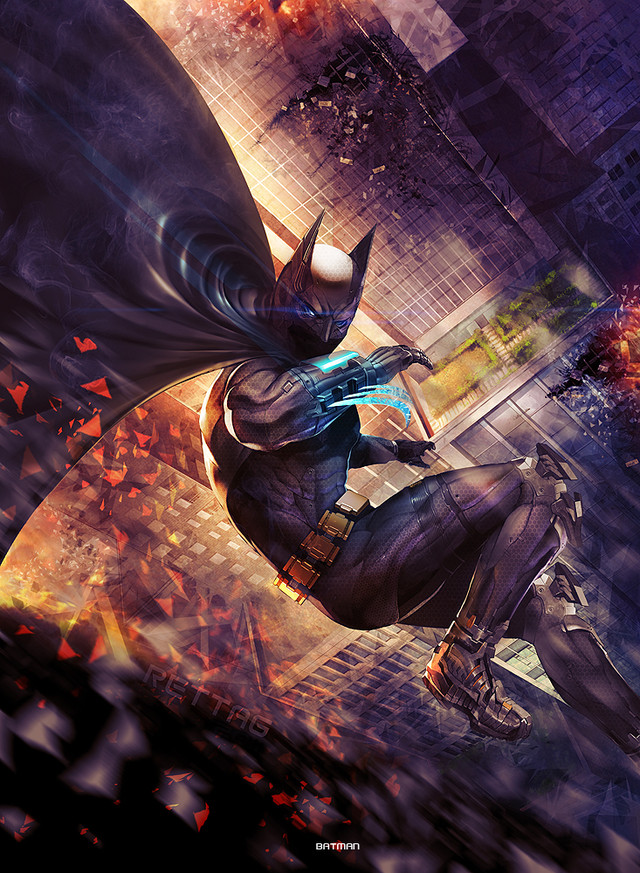 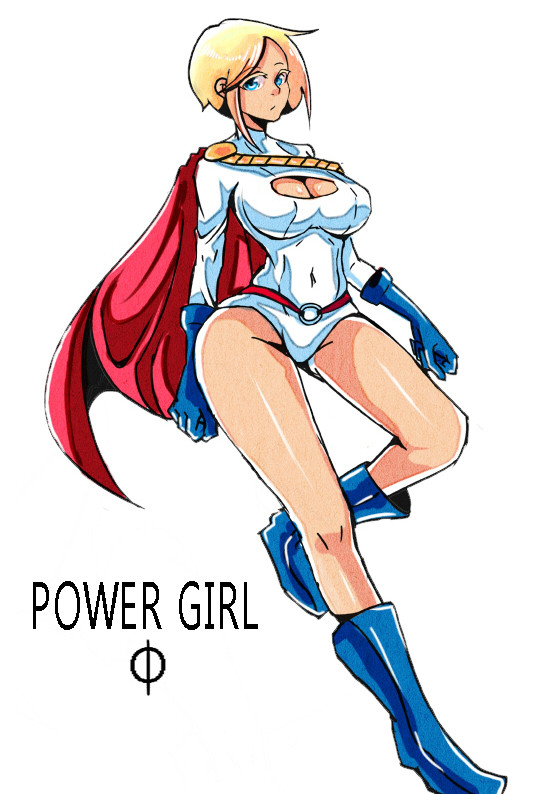 Kryptonians are a dime a dozen in the DCU, but Power Girl stands out--and not just for the obvious reasons. While Superman is a stand-up, heroic leader and the kids (Connor and Kara) try to live up to his example, Power Girl doesn't really know where she stands. This makes her one of the more interesting characters, especially during Justin Gray and Amanda Conners' run. 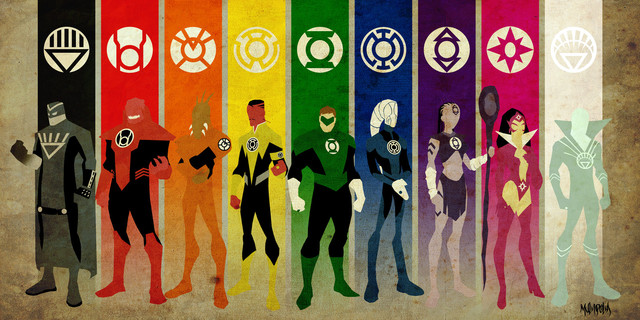 This was my desktop wallpaper for a long time. Green Lantern has always been one of my favorite superheroes (and is still my favorite DC superhero) because it really just comes down to using courage, willpower, and imagination to win against rage, greed, fear and death. A pat on the back to anybody who knows what each ring stands for! 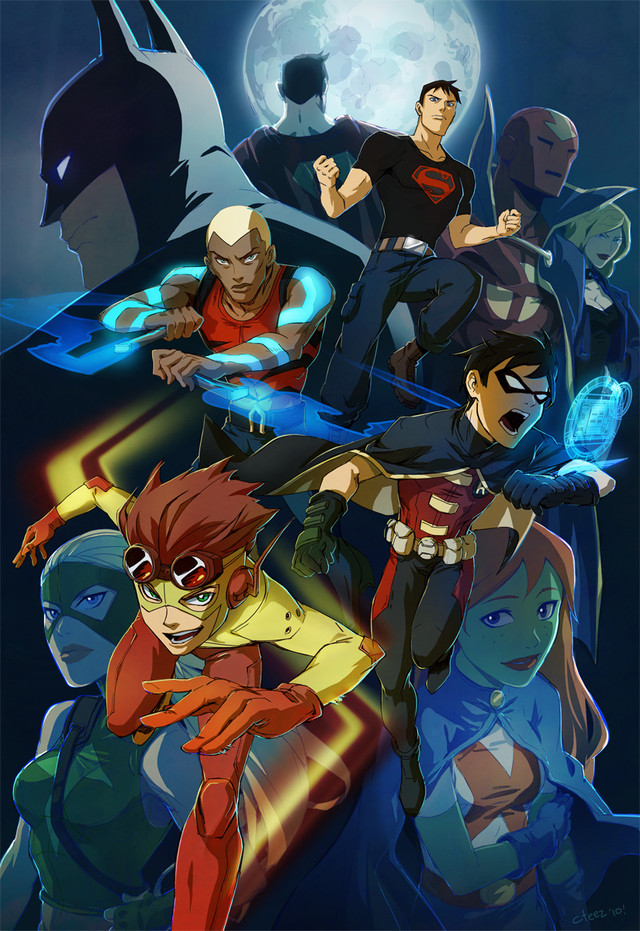 We're never getting the original DC Animated Universe back, but Young Justice has been a solid-enough substitute for most of its run. I just hope the creators figure out what the hell they're gonna do, because we can only have so much teen angst. 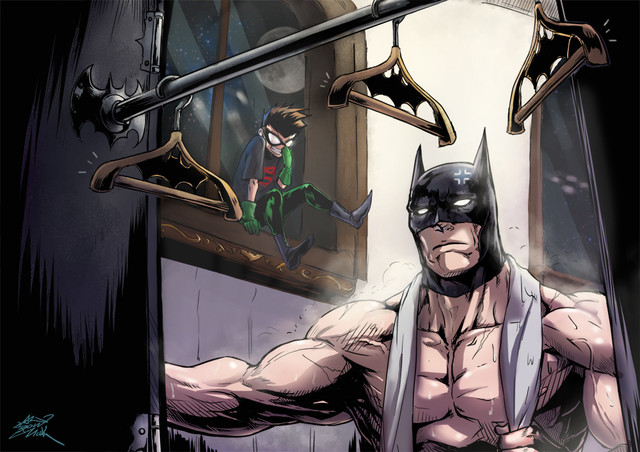 Robin, you're a little punk. This looks like the kind of thing Dick Grayson would do, although I wouldn't put it past Tim or Damian. 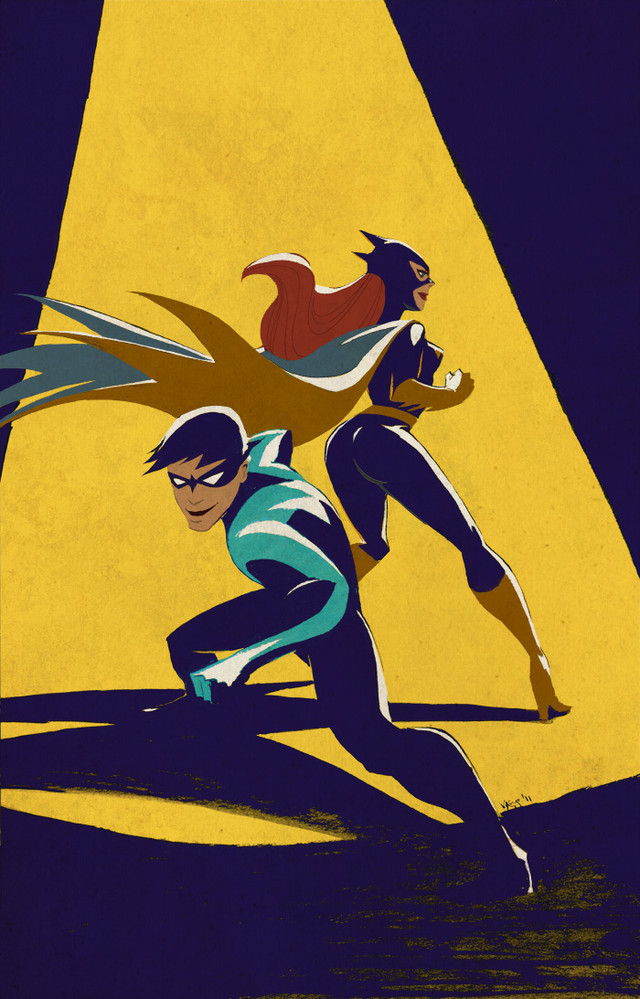 Maybe the best thing about the DCnU for me is how it only makes slight changes to the Bat-family. Dick is Nightwing, Barbara is Batgirl again... and is no longer crippled for life. The terror of a full-on Dick Grayson/Barbara Gordon team-up will be a hell of a thing to see, even though I'm already missing Barbara as Oracle. 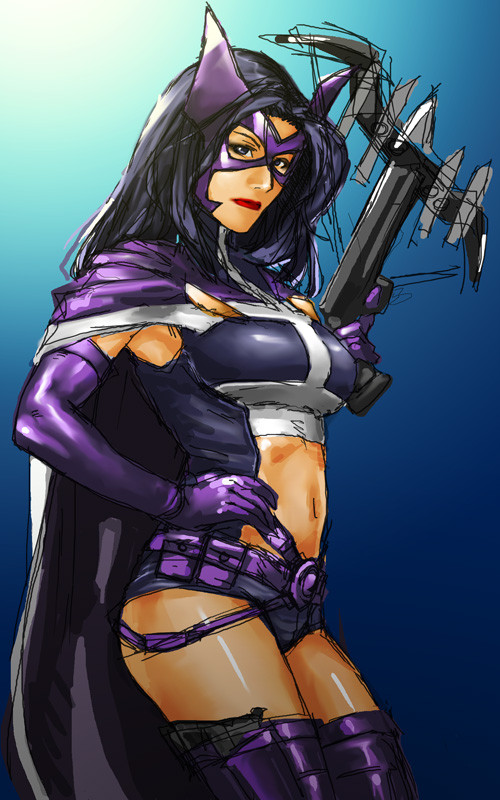 Unless Huntress comes around, and then things just get weird. It's not that Nightwing is a ho or anything, he just likes the girls and the girls like him. Is that really such a bad thing? 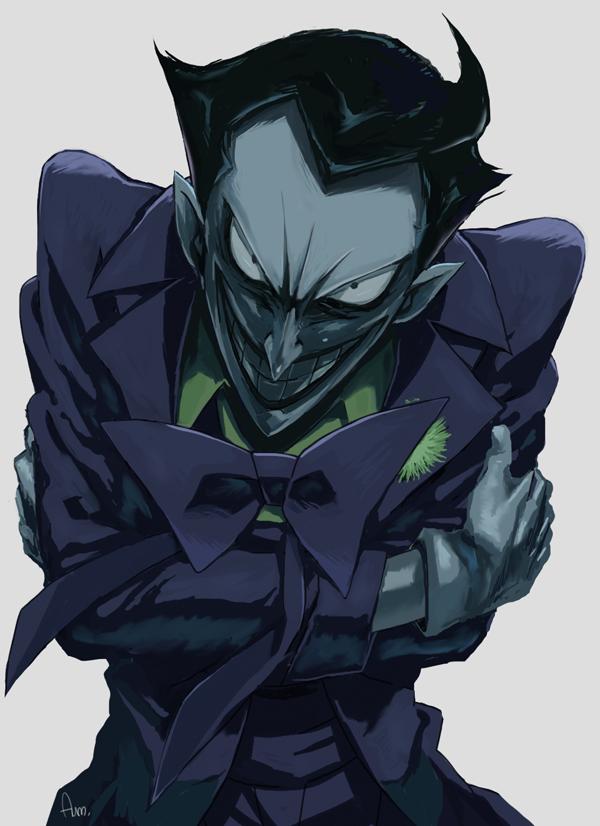 While Heath Ledger's performance as The Joker blew me away, I still have to admit that Mark Hamill--yes, Luke Skywalker--is The Joker for me. It's like how Kevin Conroy is the one true Batman (although Bruce Greenwood's been doing a great job), and Tim Daly is the one true Superman (even though George Newburn did a pretty good job). It's like trying to replace Peter Cullen as Optimus Prime or something. 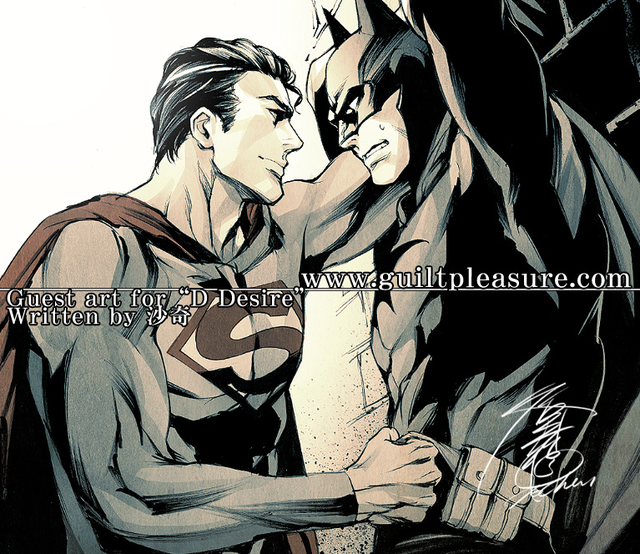 Aside from conjuring up some disturbing images that are going to take forever to get out of my mind, this picture does a great job in showing who would really win a fight between Batman and Superman. Superman is on top, therefore, he wins. Right, I need to see something else now: 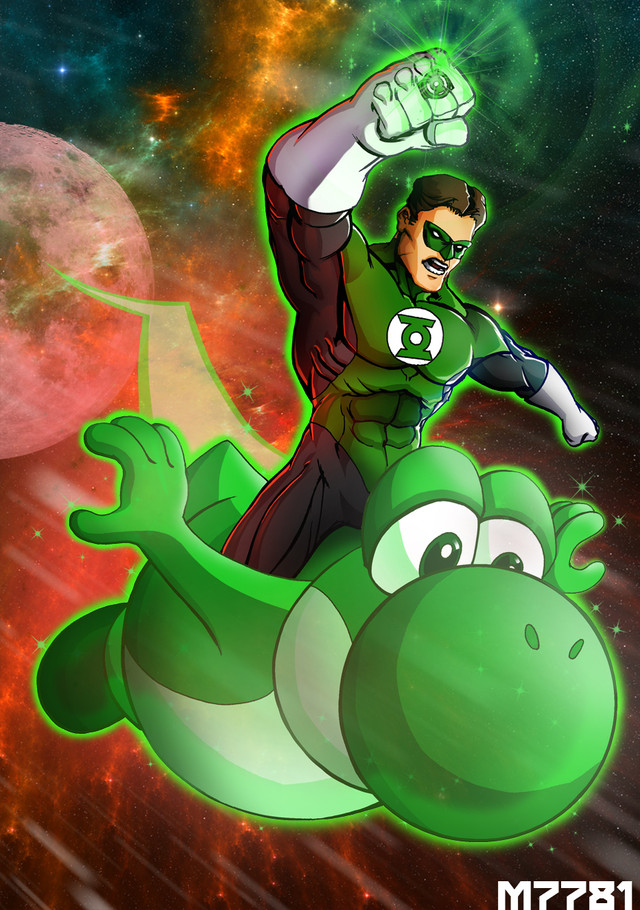 So, a clarification: my favorite GL isn't Hal, but Kyle Rayner. Kyle is a graphic artist, while Hal is a test pilot. Kyle lacked the insane amounts of willpower and courage that the fearless Hal could conjure up, and would have to win through his limitless imagination. But seeing Hal create a Yoshi construct... yeah, it's awesome.

And that's all for this week! Out of consideration to everybody who hasn't seen The Dark Knight Rises yet, I'm gonna have to ask you guys to refrain from spoilers in the comments. On that note, who are your favorite DC heroes and villains? We only have so much space here, so I couldn't include everybody--sound off in the comments!

As always, your art is welcome here on Fanart Friday, so send me a PM with a link to your work and I'll make sure to include it in a future installment!

Be sure to tune in next week, when we follow up on our very well-received Brick House Edition (that unsurprisingly was not shared or liked on Facebook very much) with a Hot Guys Edition! We look forward to seeing you next week on Fanart Friday, and have a great weekend!