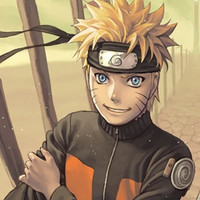 Fanart Friday returns, having mastered a powerful new jutsu. Last week, we went back to school with some our favorite student characters, but this week we'll be focusing on a different kind of student--a student of ninjutsu. Naruto as a franchise has gone through plenty of ups and downs, but has done a great job leading the charge for anime and manga fandom here in the US.

Seriously, it was either that or some random Sasuke-themed Linkin Park AMV made by a fifteen-year-old. One thing I want to ask is that due to Naruto's nature as a really long-running series, there are bound to be people who aren't caught up, or who don't follow the manga. I'm gonna be pretty adamant in saying KEEP SPOILERS TO A MINIMUM (i.e. it's okay to say somebody's switched sides, but no deaths/major reveals) for those folks--let them enjoy the series at their own pace. With that said, let's get started! 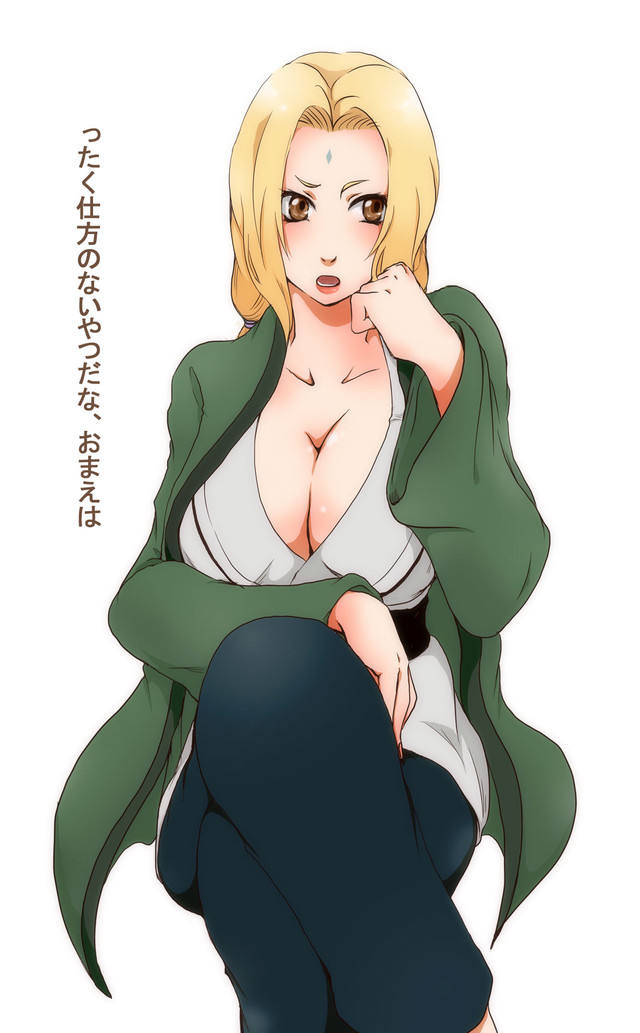 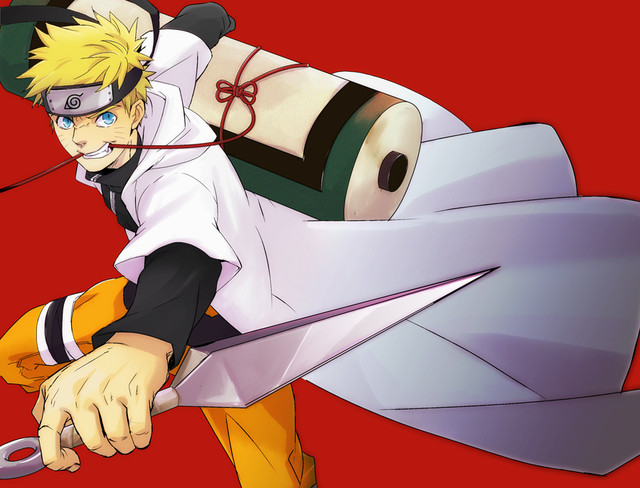 Okay, there's the star of the show! One thing I'll always love about the series is Naruto's growth as a character--he starts out as this bratty, obnoxious little punk, and earns his main character status. 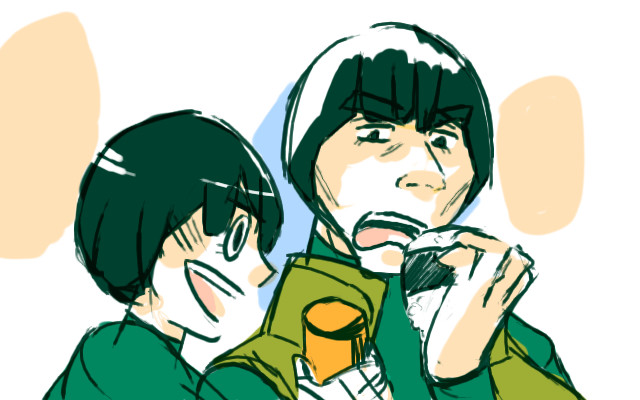 AWW YEAH, ROCK LEE MAWFUGGA. NO OTHER NARUTO CHARACTER GETS THEIR OWN SHOW. NOBODY AS AWESOME AND BALLIN'. 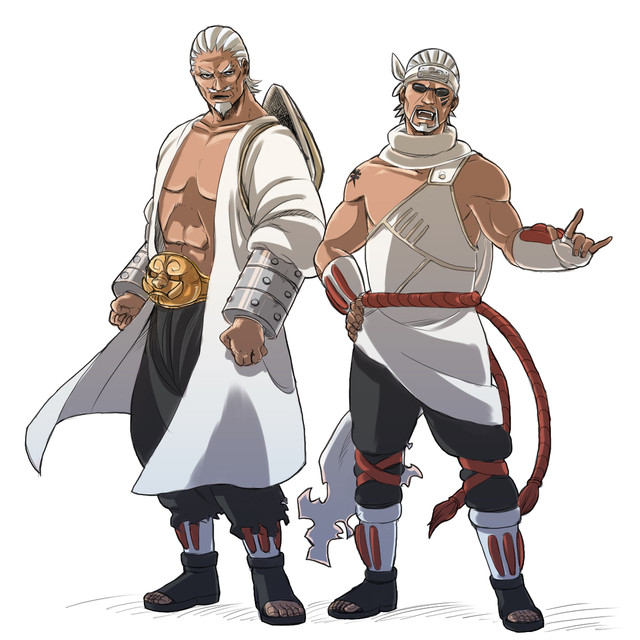 And while I'm in this totally gangsta mood, I think Killer Bee (and his brother, the Raikage) should get their own show. MY KUNAI WEIGH A TON, SON, CARRY IT 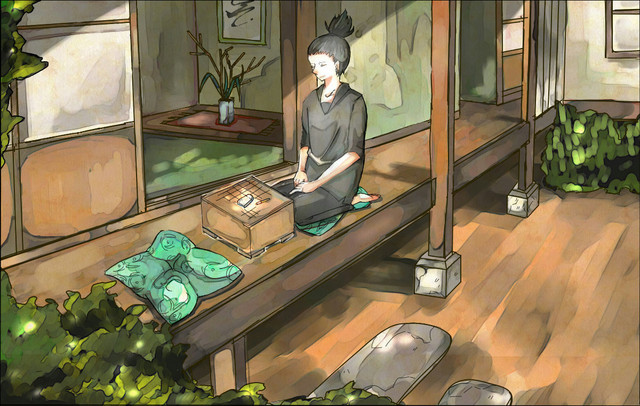 Now let's relax... let's close our eyes and get back to a world where it's not about who makes the first move, but who survives the last. I'm not sure if I like Shikamaru more as a dedicated leader of men or a lazy-ass super-genius. 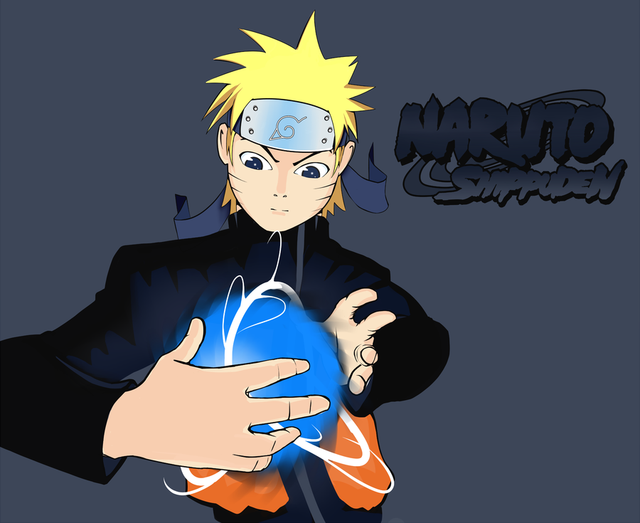 Of course, the best frontline fighters still need a combination of brains and brawn to excel. Naruto's found plenty of creative uses for his signature Rasengan, which is still a fight-ender even after all this time. 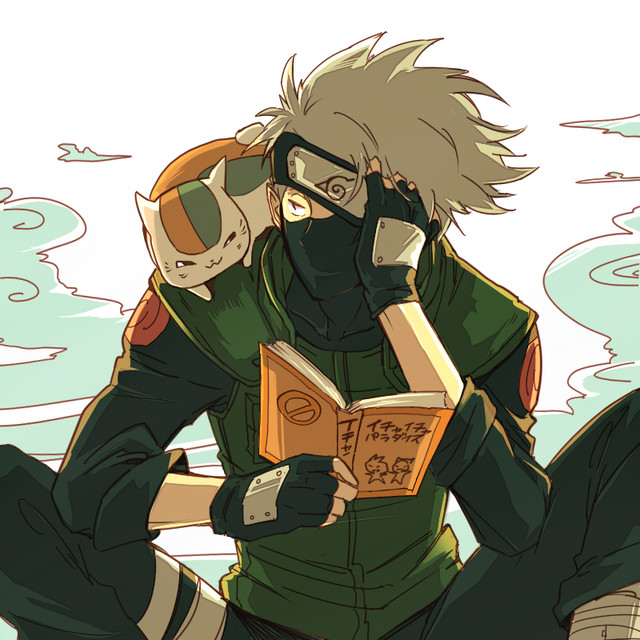 Kakashi gets a visit from Natsume Yujin-cho's Nyanko-sensei while he's reading his smut. Kakashi does follow a pattern in the series, though--he'll do something totally freakin' awesome, and then be bedridden for a whole arc afterward because of it. 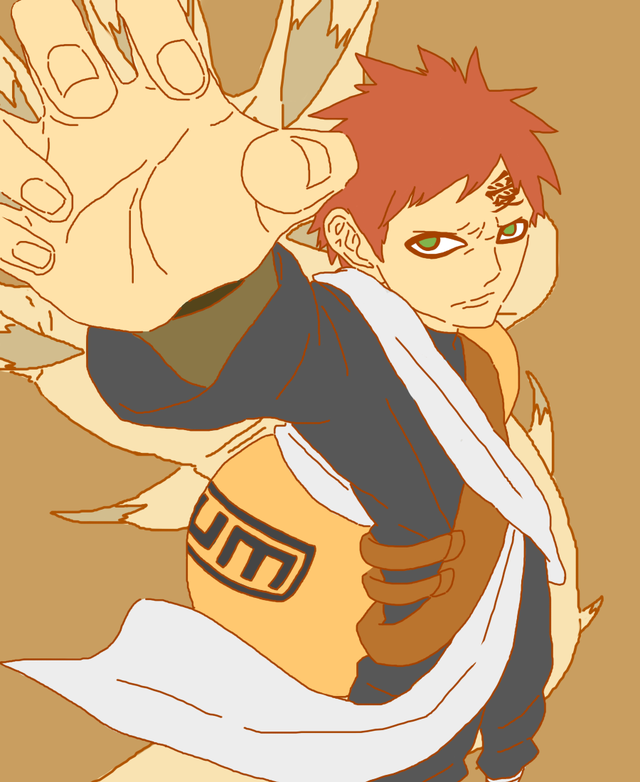 Okay, Naruto fans, I'm gonna need you all to sound off in the comments for this--was Gaara cooler as a sociopathic, murdering lunatic, or a level-headed good guy? 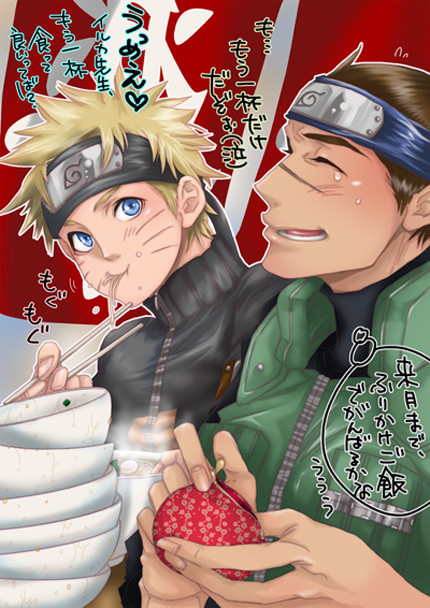 He may not do much in a fighting sense, but Iruka is an incredibly important character. Naruto may have spent a fair bit of time training with Jiraiya, but Iruka is always there for emotional support, and the closest Naruto has to an actual father figure in his life. 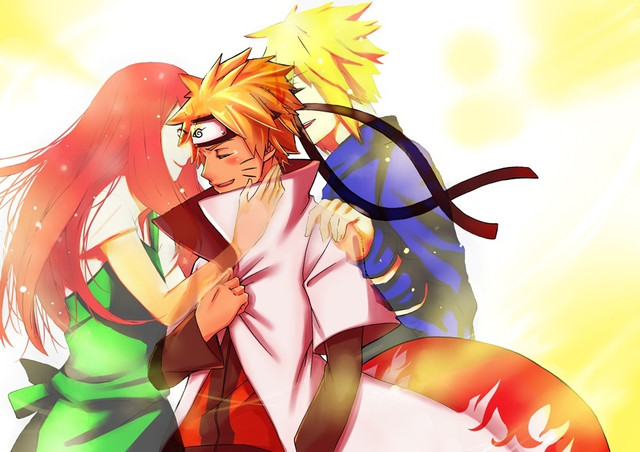 Of course, it's not like Naruto's actual parents are unimportant or anything. The arc that goes back to the beginning and explains everything was pretty great. 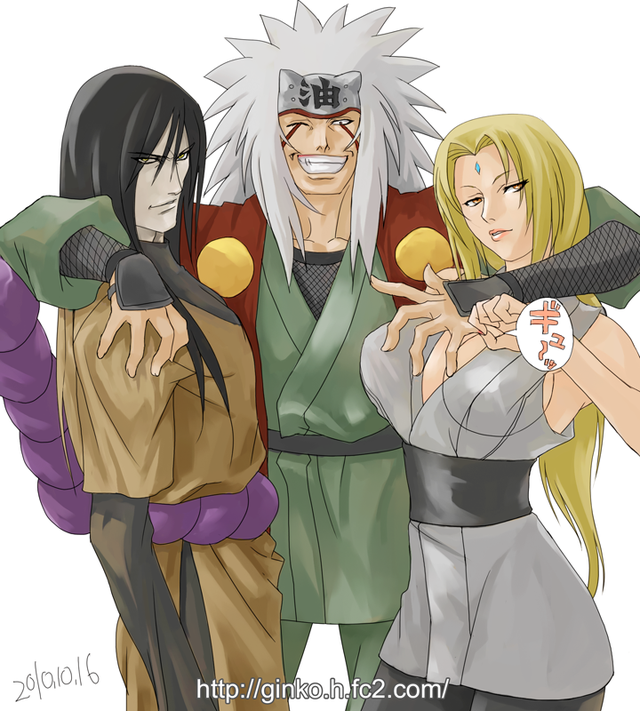 The Three Legendary Ninja, or Sannin, take up a pretty important chunk of the story... at least until Orochimaru goes on hiatus for a while and Akatsuki take over as the main villains. Jiraiya's group hug idea is either very brilliant or very suicidal. 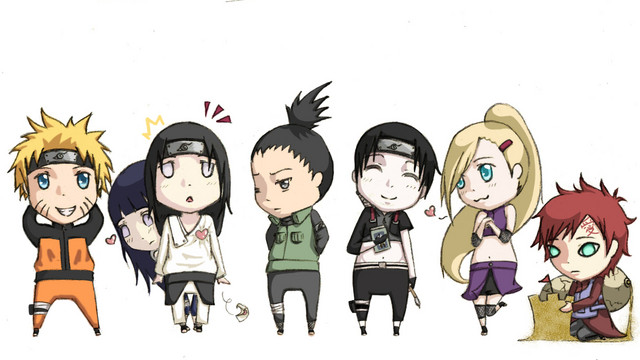 Group shot time! Naruto has so many characters that it's easy to get lost in its cast, but the series' team structure allows even minor characters to be rotated into the spotlight and give everybody a chance to shine. 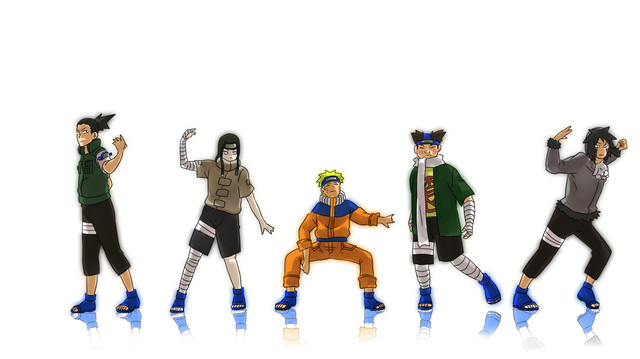 Seriously, this arc really showed off how awesome Shikamaru was as a leader, and how the series gave screen time to seemingly useless characters. Chouji's fight alone made this one of the best arcs in the entire story. 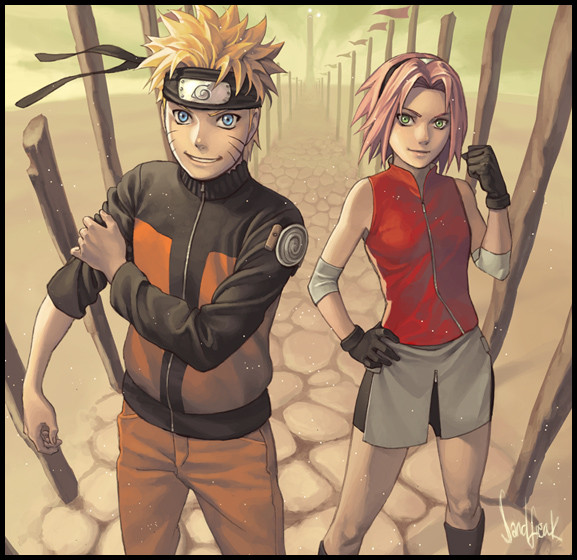 I'm honestly kind of disappointed with Sakura. Granted, she is one of the more realistic characters in how she gets scared and makes terrible decisions, but I was hoping she would have gotten over her crush on a crazy man after the timeskip. Having a hotheaded brawler with immense strength and healing abilities is awesome, but I still want more from the character. 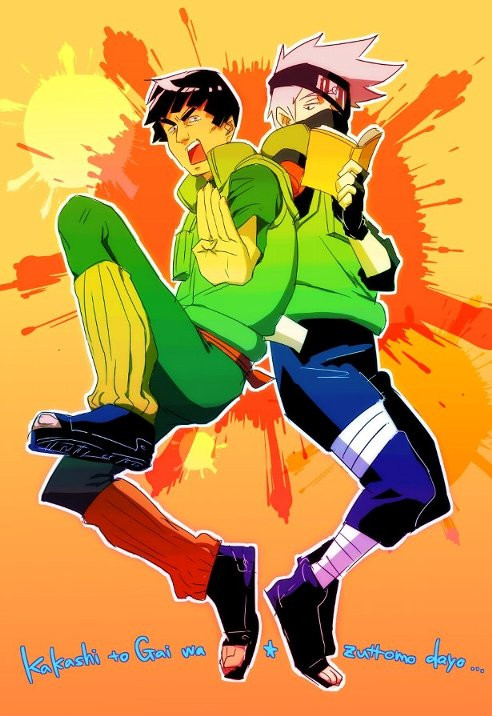 Betcha these two were voted "most likely to fuse together into one person, Dragonball Z-style." Honestly, I would love to see that--as best friends or eternal rivals, Guy and Kakashi are inseparable. 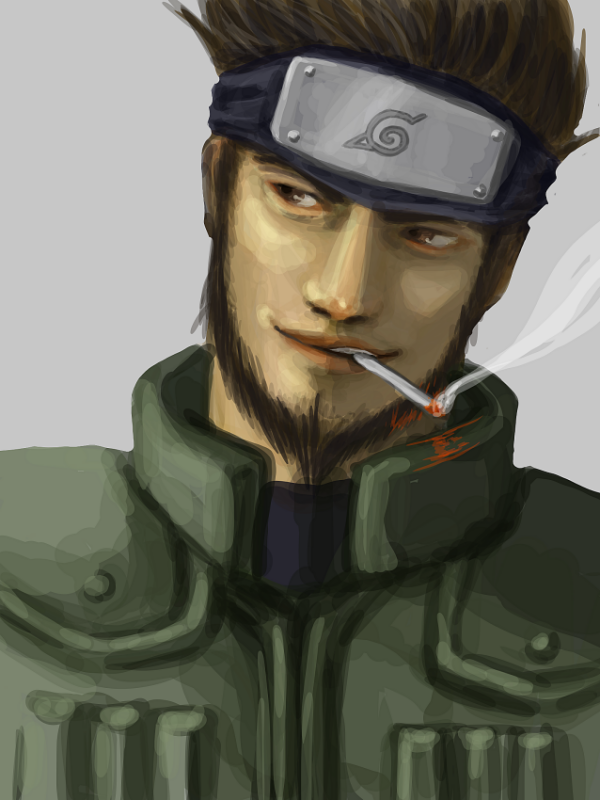 Let me start by saying that Asuma is one of my favorite characters, and that he easily gets one of the best shock moments in the series when he fights Hidan. But how in the hell do you get the screen name "A?" Was this guy one of the first people on Pixiv who decided to get a screen name in English? Or was he just the only one who thought to try out "A" for a screen name? 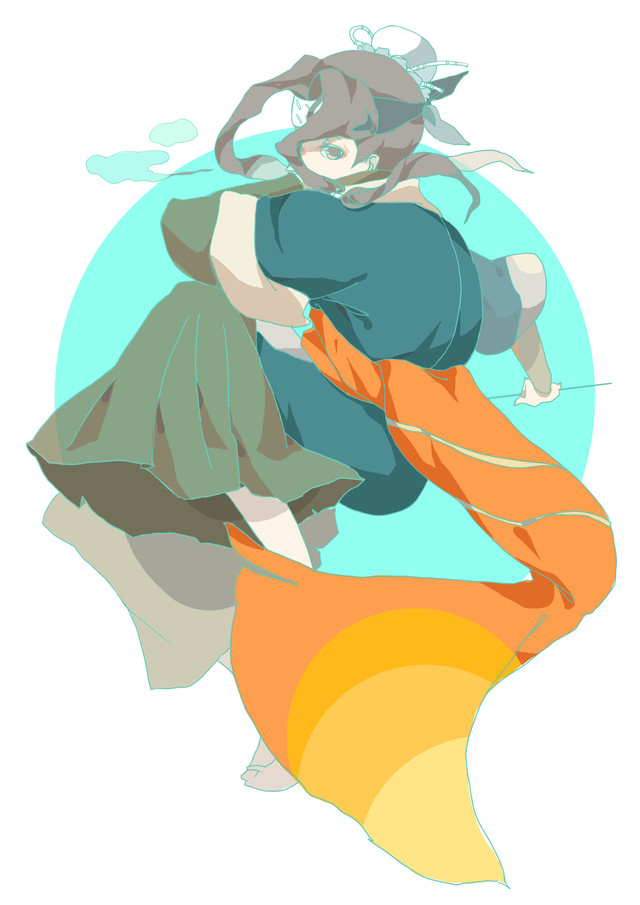 One thing I'll always love about Naruto is that villains from the start of the series aren't exactly useless later on--assuming they survive. Characters still look back on Haku and his terrifying ice jutsu, and chills run up their spines. 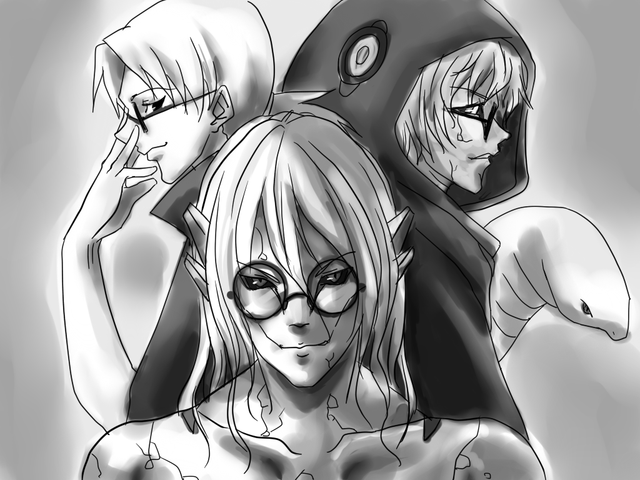 It's like how Kabuto remained a threat, from when he was outed as a bad guy during the Chuunin Exam all the way up to the current Great Ninja War arc. I can't tell you how betrayed I felt when I first saw he was a bad guy--I trusted and liked him! 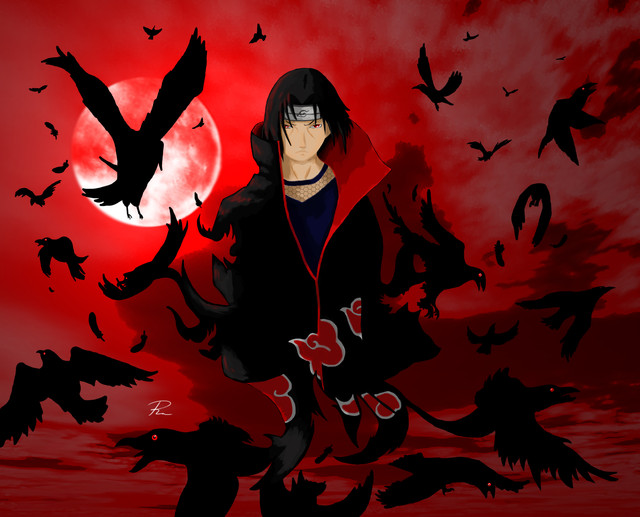 Everybody else seems to turn into logs or poof into smoke when they need to disappear, teleport, or make it look like they've been hit. In a move that seems to be made of pure nightmares, Itachi dissipates into a cloud of red-eyed crows. Thanks, dude, that's creepy as hell. 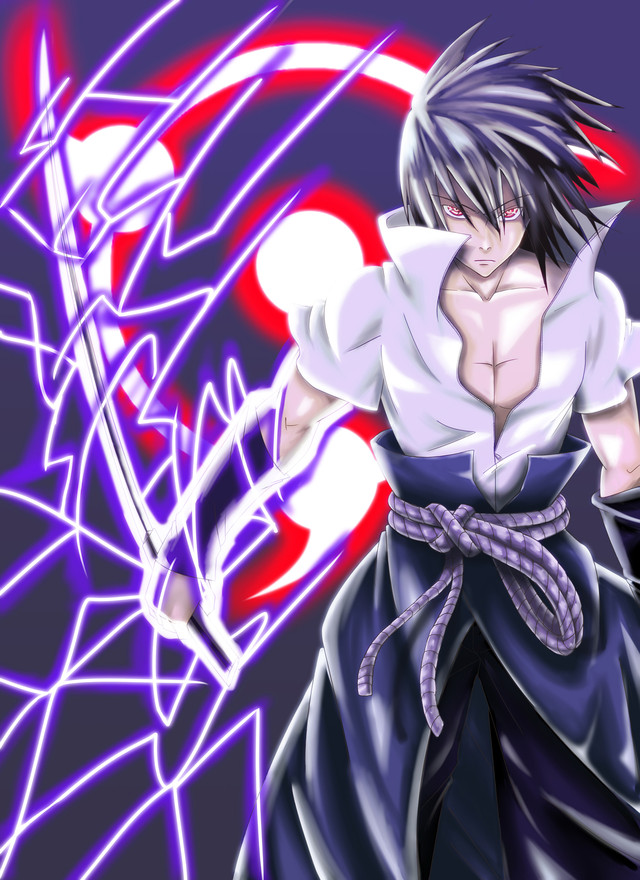 I'm noticing that ever since he turned to the dark side, Sasuke's popularity has steadily declined. Funny, that. 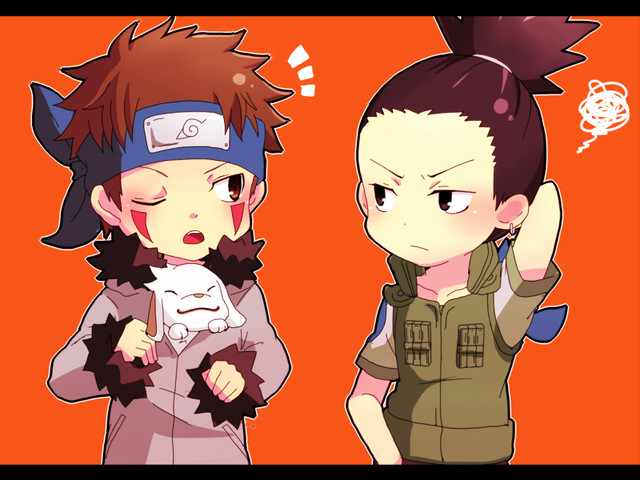 Thankfully, it's not all battle and intense emotion in Naruto. Sometimes, there are quiet moments, like Shikamaru getting annoyed as usual. Far as I can tell, Kiba didn't do anything. 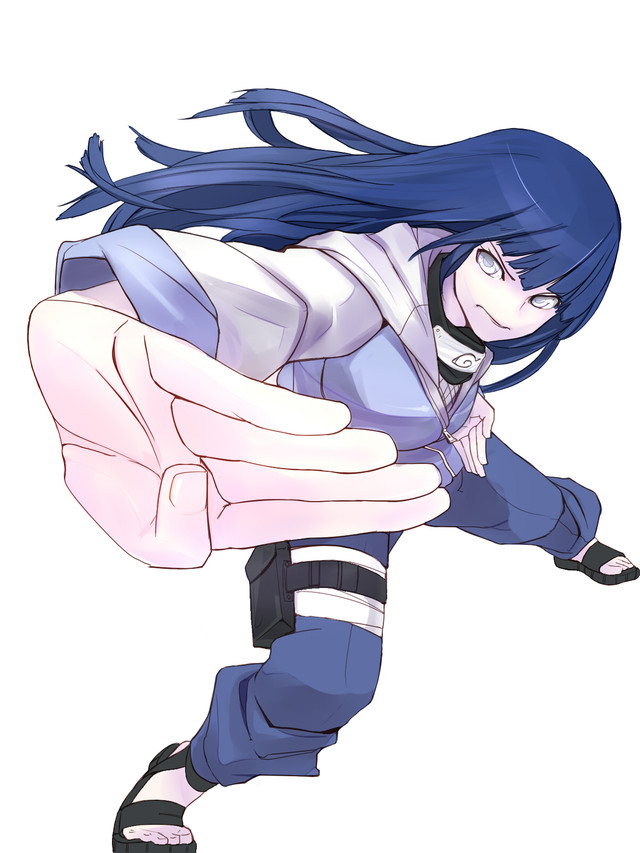 Okay, fanboys and fangirls, riddle me this: why is Hinata so freakin' popular? 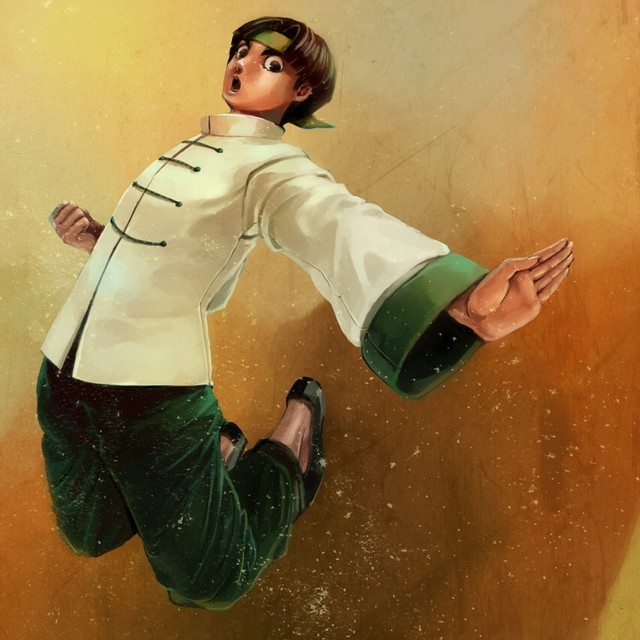 I mean, I can see why Lee is popular--he's the embodiment of youthful vigor, manly pride, and beating somebody into a puddle of broken bones with one's feet. And those eyebrows! 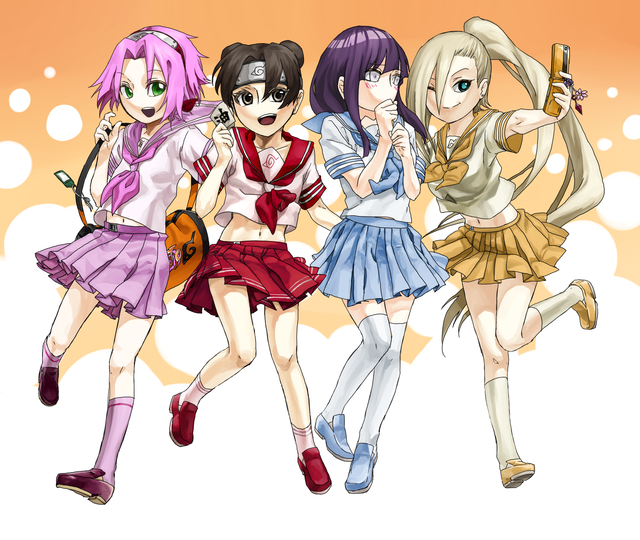 I mean, it's almost like the girls of Naruto are popular for just... being there, and not doing much. 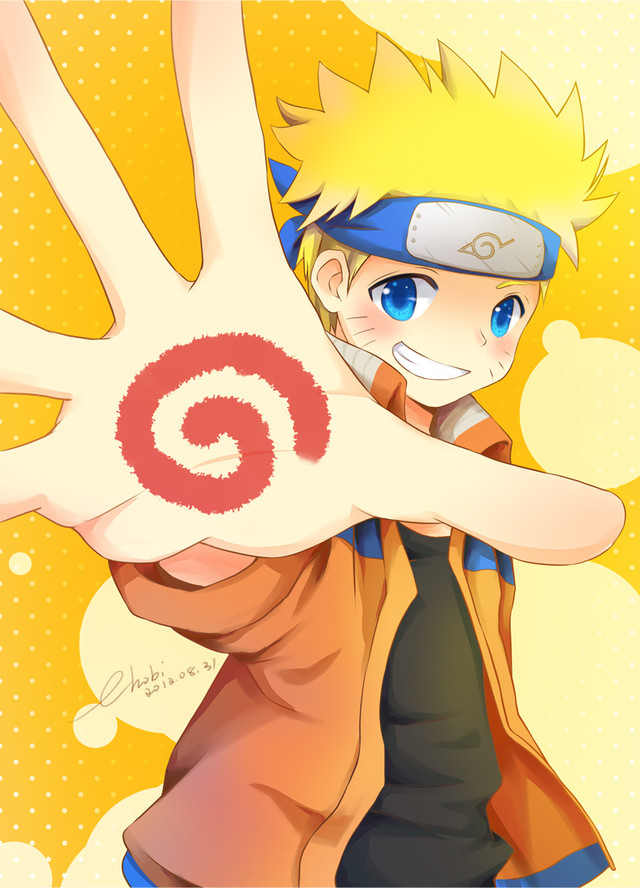 And that's all the time we have this week, folks--let's send it off with one of the main man himself!

Like I said up top, Naruto's a fairly long series, but the statute of limitations isn't up for it yet. Let's try and KEEP SPOILERS TO A MINIMUM IN THE COMMENTS, just so folks can catch up at their own pace.

Who are some of your favorite Naruto characters? Which arc is your favorite? Do you like the series better before or after the timeskip? Sound off in the comments!

There were quite a few reader submissions this week, and I'm hoping for more in the future! Remember, your art is always welcome here, no matter your experience or skill level--don't be deterred by wannabe art critics in the comments. Just send me a PM with a link to your work, and I'll work it into a future installment!

For those of you wanting to get the jump on next week's Fanart Friday, we're focusing on FINAL FANTASY-themed fanart! I know, we did a three-parter on RPGs earlier this year (here's parts one, two, and three), but this time it's all FF, all the time! Who do you want to see for next week?

As always, thanks for checking out Fanart Friday! Have a great weekend, everybody!