The artist behind "Tekkonkinkreet" and "Sunny" speaks to CRN! 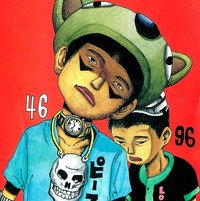 Taiyo Matsumoto, an Eisner winning manga artist known for his works such as Tekkon Kinkreet/Black&White, GoGo Monster, and his new work Sunny, was the guest of honor of Toronto Comic & Arts Festival this year. Every one of his works has beautiful and distinctive art style, a story that gives you a chill, and sequences like a dream. What does this artist see? And what does he believe? The only way to find out is to ask him in person. 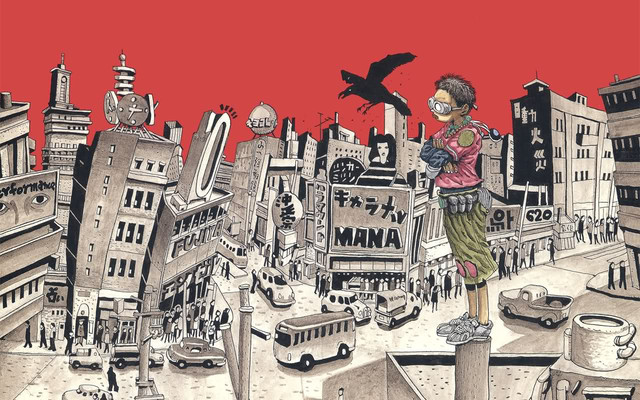 Where do you usually live?

Taiyo Matsumoto: I live near the ocean in Enoshima. Twenty years ago, I was working on a manga series called Hana-Otoko which was about a family who lives near the beach. So I went there on a location scouting with my friend (Issei Eifuku, storywriter of Takemitsu Zamurai) and decided that I wanted to live there. Ever since I was little, it’s been my dream to live near a tourist area. Whenever I go somewhere on a field trip, I was envious of the local people there. But once I started to live there, there’s good and bad about it, like lots of people coming over. (laugh)

I do. I like it a lot better than making stories.

What’s your stance on drawing?

I just want to keep it interesting, and never want to stop evolving. I don’t want to deny anybody else’s art because I want to keep absorbing. Even if someone else’s art doesn’t seem directly relevant to my work, it could be very interesting if I get to know it. 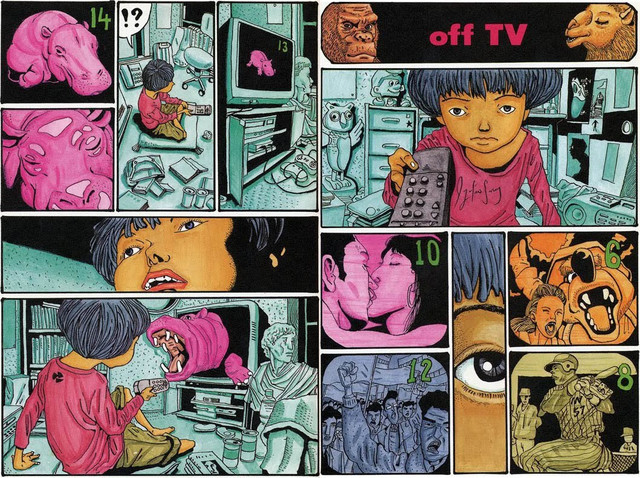 What is your approach to making stories?

It really depends on each series. Sometimes I want to make a story that is purely entertainment. Sometimes I want it to appear very intellectual. For Sunny, it was the first time I ever wanted to portray events that had happened to me.

Sunny is about a facility for children who lives away from their parents for a reason or another. What was your circumstance for living in a place like that, and how did it affect your personality?

It’s kind of a bit difficult to talk about this. It was more like I was there when I realized. I think my parents had their own reasons too. I am not a psychologist or anything, so I don’t know what kind of effect the experience had on me. The fact is I didn’t spend time with my parents in my childhood, so I have no idea what I would be like if I did. I had a phase that I was afraid of getting close to other people. But I don’t know if it was necessarily due to the experience.

What made you decide to work on Sunny now?

There were so much going on back then, it was a very dramatic time of my life. So I’ve always wanted to make a manga about it. But the story has a very strong impact. I didn’t want people to have a certain image about me, or cause any trouble for the people who are involved in it. So I didn’t want to work on it for a very long time.  But one day, I thought that I won’t be able to write about children if I grew any older. Also I wanted take on a new challenge by working on an autobiography-like story. 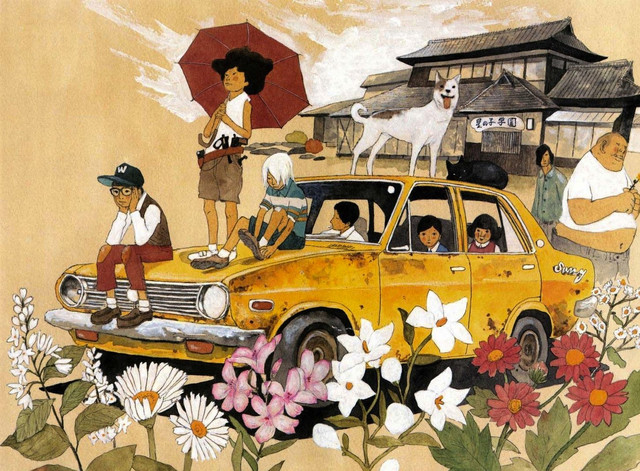 You often seem to work on manga series focused on children. Why is that?

(Since I came to Toronto) I get that question a lot. But actually I’ve never thought about it until now. I actually don’t know why. I think it’s fun for me. Also I may have a little bit of confidence that I can write about children better than anybody else.

You also work on hard-boiled stories. Why is that?

It’s because I love it so much. My favorite artists like Katsuhiro Otomo and Jiro Taniguchi often worked on hard-boiled stories. I always thought there’s a world like that waiting for me when I grow up. It’s a little sad that there aren’t that many stories like that nowadays.

What was happening in your life when you created Tekkon Kinkreet (Black & White)?

I felt like it was one of my failures. I started the series full of confidence. But it was so unpopular in the magazines, my editor told me that it was getting cancelled. I couldn’t argue because it was true that the series was unpopular. It was only later, a lot of people who are artists, musicians, or filmmakers recognized it. They had openly spoken about it, and recommended it to their fans to read it. That made me really happy. I had more plots in my mind for the series, like the battle between Fujimura and Suzuki. (laugh) I also wanted to gradually explain what “Itachi” was. But I barely had time to finish it. But as Mike (Michael Arias, the director of the animated movie Tekkon Kinkreet) said, though, I think it was just right the way it ended.

So in your mind, what was “Itachi”?

Do you have any recurring dreams?

I don’t dream too often nowadays, but matter of fact, I do. It’s a dream where I am hanging onto a really tall metal pole. I am hanging onto it as much as I can, but it slowly starts to swing little by little until it goes out of control, then I fall. That’s when the dream ends. Also, I have a dream of fist fighting a total stranger, but I am moving extremely slow, as if I am under water. 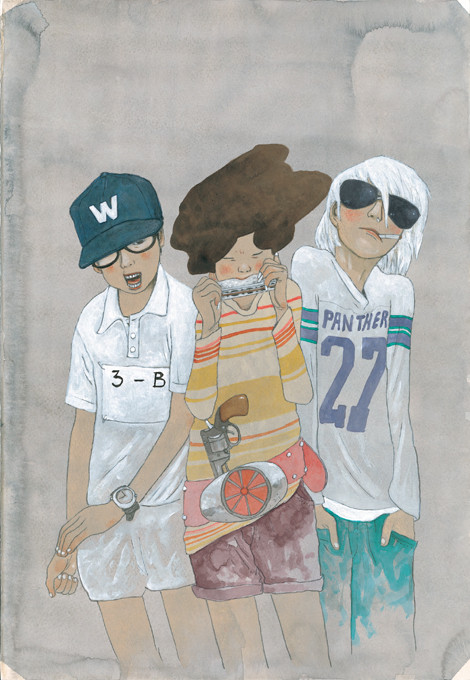 Do you have any favorite scenery?

I don’t. But there is scenery that I don’t like. I don’t often talk about this because I don’t want to be misunderstood. But sometimes it scares me to see a crowd of people, like at a protest or stadium. I don’t mind watching baseball at a stadium, and I like drawing a crowd of people. But in real life, that scenery makes me shiver. In contrast, I guess I do like a scene where one person is standing in the middle of nowhere.

Do you believe in god, or any higher being?

I do. I have no proof, but I do. I think there’s such thing as spirits. When someone passes away, I don’t know what exactly happens --they might be around us and looking at us, or they fuse with other spirits-- but I don’t think they’ll just turn into nothing. I’ve never experienced the presence of “god of forest” or “god of mountain.” But I believe every living creature --whether if it’s people, dogs, cats, or trees-- they all have spirits.

Thank you, Matsumoto-sensei, for sharing your deepest thoughts in this interview and delivering all of your work filled with love and compassion.

Misaki C. Kido has been working in the manga, anime, comics and art industry since 2007 as an editor, interviewer, event host and digital producer. To see more of her work, visit mckido.com