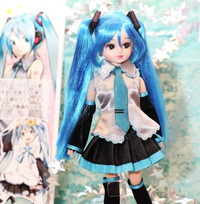 The International Tokyo Toy Fair was held at Tokyo Big Sight on was held from June 13th to 16th. This is the big industry toy show for Japan, and it is always interesting to see the trends and new products that are emerging in the market. Being Japan, Characters play a big part in the show, the usual suspects from TV, anime and manga are present – Ultraman, Pretty Cure, Anpanman, One Piece and many many more. However it is very interesting how there has been a trend to dig into stranger sources for new character ideas. Yuru-chara and Local Heros, which are the promotional characters for various cities and regions across Japan, have proven to be very popular. Also the original characters from Mobile Applications like LINE and Mobile Games like Puzzles & Dragons have made the jump into new toy product lines. One of the funnest things for me about Toy show are some of the innovative applications of character designs to unexpected products – a Sailor Moon cosmetics line, Bikkuriman iPhone covers, the Toyota Gundam concept car.

Technologically advanced Smart Phone style toys for boys and girls that feature Games, Messaging, and many more “Apps” were everywhere. Miniaturization was another trend – the Nano Copter – recognized by Guinness as the worlds smallest remote control helicopter; Nanoblocks – miniature Lego-like building blocks; even scaled-down realistic construction vehicle riding toys. While Japan is well-known for realistic plastic food for restaurant displays, surprisingly there are now many toys and games that incorporate Hyper-realistic food. There was an abundance of non-digital physical games including a surprising number of skill games involving chopsticks. At the other end of the spectrum there were some amazingly complex gaming systems like Bandai’s Buttoburst involving physical toys, collectable cards, and arcade machines.

There was so much to take in at the Toy Fair, from innovative capsule toys to the truly bizarre and weird, but since I am a big fan of the Tokusatstu (live-action superhero) shows, my first stop at the show was Planet Bandai – home to Ultraman, Kamen Rider, and the Super Sentai (Power Rangers).

An enormous glowing bust of Ultraman Ginga – the newest Ultraman – fronts the booth.

The latest incarnation of Baltan Seijin.

One big announcement is the resizing of the entire lineup of Ultraman figures. For over 30 years this line of toys has been 18 cm tall, but now they are being scaled down to 14cm and fitted with a special chip that emulates how they are used in the show.

This years crop of Super Sentai (Power Rangers) have a Dinosaur Motif – the display was really impressive and the transforming Robot Dinosaur looks like a lot of fun.

This years Kamen Rider is Kamen Rider Wizard and the must-have collectible gimmick this time around is power rings. There was an impressive display of all the rings released so far plus some high-end Bandai Premium versions for the Adult Collectors (we know who you are!).

After a decade of shows, Bandai is creating a new Pretty Cure Allstars line featuring the most popular characters from the Japanese magical girl anime meta-series created by Izumi Todo. This display of life-size mannequins was intense – it was fascinating how they kept the subtle variations in the anime illustration styles for the characters from different shows.

I have always been a fan Bandai’s Mask Collection, 1/6 scale plastic heads of Kamen Rider masks. Now Bandai has extended the series to include the characters from the poplar manga One Piece, the classic Robots from Gundam and Akiba Rangers, local heroes who are the Guardians of Akihabara Electric Town.

Space Battleship Yamato is back! – I grew up watching Star Blazers so I though the enormous space battle display was really intense.

Buttoburst is a very complex game ecosystem – a weapon with cartridges, a card game, an arcade game, and even a spinner. No accompanying cartoon series is planned… yet – but check out the cool anime style Promo video on the web http://www.buttoburst.com/After leaving the gravitational pull of Planet Bandai, there was still a ton of interesting things to be found all over the fair. Here is a round up of our favorites.

Hatsune Miku x Licca-chan – a fun crossover figure for fans of both lines.

Bikkuriman iPhone 5 covers – some of you out there will realize how AMAZINGLY cool these are.

Cool Shocker desk accessories. I totally want a about 10 of those cord holders.

The characters from the popular LINE social messaging app were everywhere at the show this year.
There was even a LINE TOWN Smart Phone toy for kids so they can message with their friends.

For girls there is the Sega JSPod Smart phone-like toy with an accompanying accessory line and anime.

A Yuru-chara board game and an online Local Hero card game teach kids about the different parts of Japan.

Character goods from the incredibly popular mobile game
Puzzles & Dragons, where the dragons start out cute and grow up gnarly.

A Karate champion built with less than 200 nanoblocks.

Make your own realistic decorated deserts accessories – but not for eating!

One of my favorites from the show – Remote control sushi racers – the bottom part of the capsule doubles as the remote! I think this will be the #1 stocking stuffer this Christmas!

A close runner up was this series of transforming Robot Sushi.

There were lots of cute skill games using Chopsticks.

New mega Bakugan Ball transforms to become an obstacle in the game – my nephews will love this!

Capturing and battling Stag beetles has long been a traditional summer pastime for Japanese boys – now there is a Robot Beetle game with a Smart Phone like controller.

The Nano Falcon is the world’s smallest remote control helicopter – they even had the Guinness Certificate to prove it!

And finally to wrap our coverage, we leave you with two of the stranger designs we saw on display – a selection of pick your nose key chains and remote control tissue boxes.