Huff, puff, and blow down the house for WIND-themed characters! 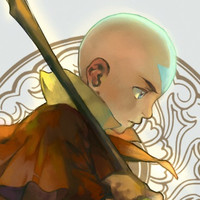 Fanart Friday returns, and I've been waiting for years to make a headline like that. Last week, we burned down the house with FIRE-powered characters, but this week we're blowing all that away with an element of change and force, WIND! Like every other element so far, wind is something to be cherished and feared--a strong wind can get you where you need to go, it can cool you off after a hard day's work, or it can level your house and take away everything you own.

So it's no surprise that wind is another go-to element for our favorite characters' powers and association, from hot-blooded brawlers to carefree adventurers to cold-blooded murderers. Take a deep breath--let's get started! 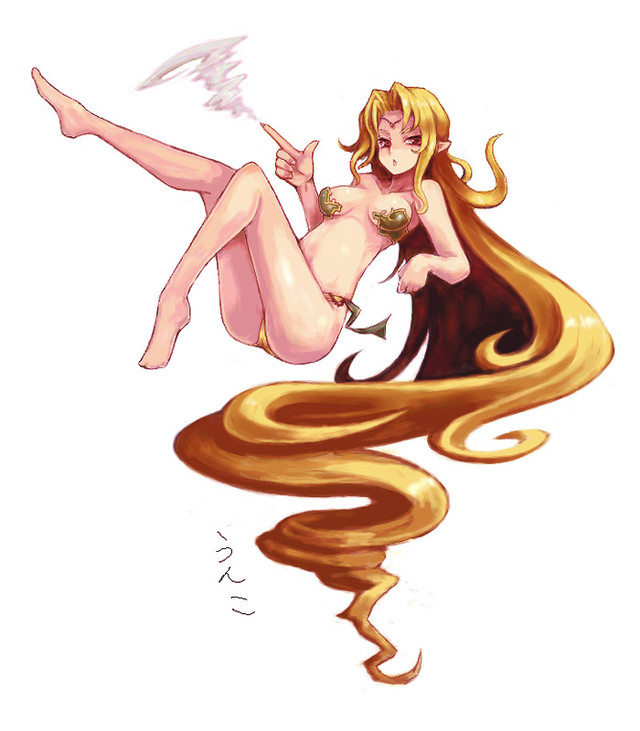 As a whole, Final Fantasy uses wind elementals or wind spirits less often than, say... lightning or fire or even water (since Leviathan always shows up in one way or another). You've got FFVIII's Pandemona, which is just... weird... but I'm with whoever requested FFIV's Barbariccia! Why don't we see her more often? 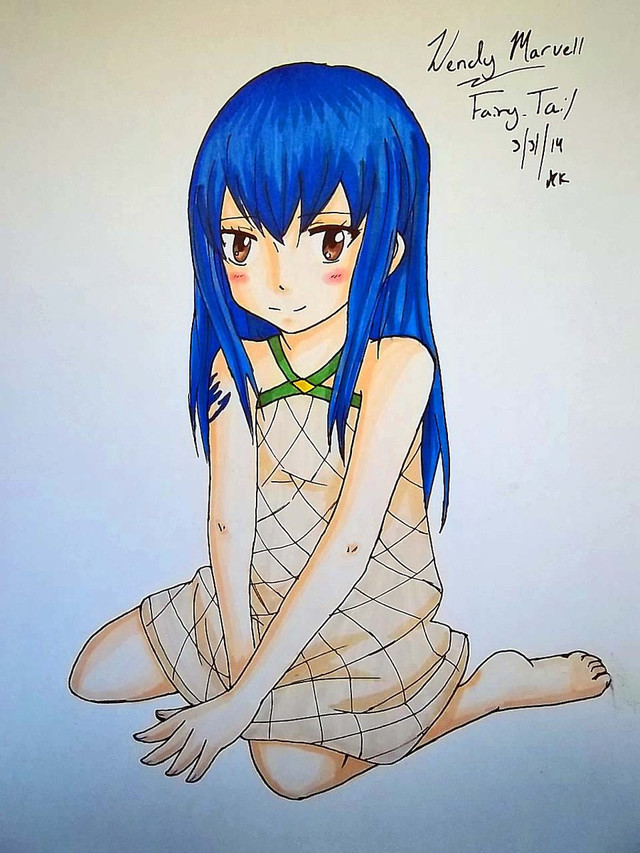 However, in anime, I think it's safe to say that wind elementals are represented by Fairy Tail's Wendy Marvel, "kid sister" of the entire Fairy Tail guild and a powerful Dragonslayer in her own right. 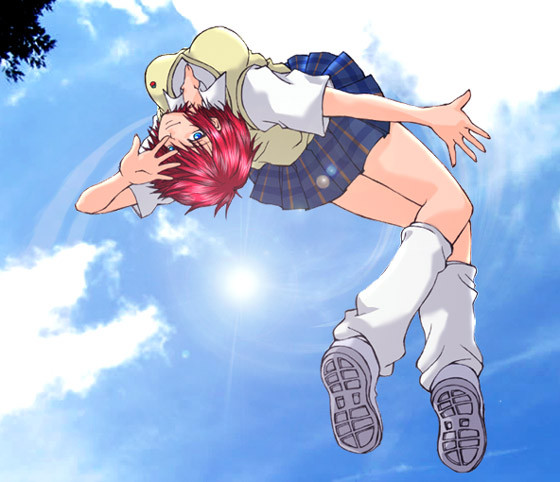 Maybe I was a little hard on folks about the whole D-FRAG thing last week--technically, Air Master's Maki doesn't have any air or wind-related elemental abilities, but she fights by touching the ground as little as possible--thus, "the Air Master." 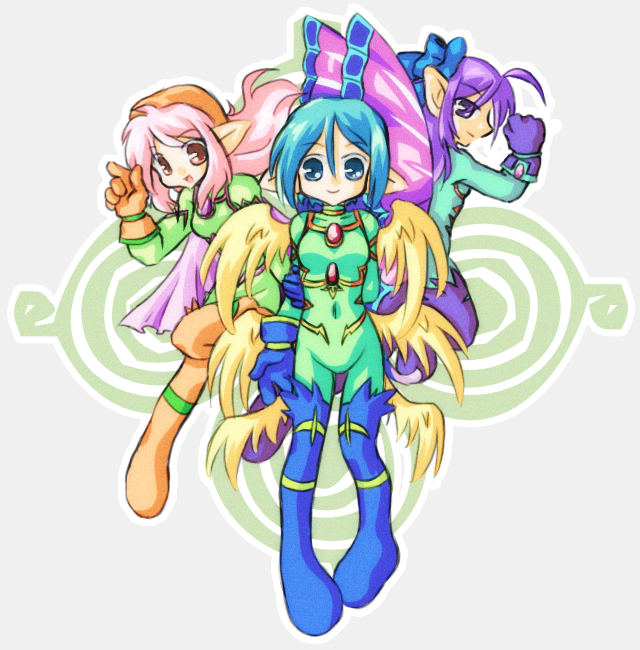 Recently, I was talking with some of the forum mods about how my constant reaction to anything Tales-related is "I need to finish Tales of Xillia." Well, I don't know if Sylph shows up in Xillia, but I know she did in Tales of Symphonia, which is still probably my favorite of the what, five Tales games I've actually played. 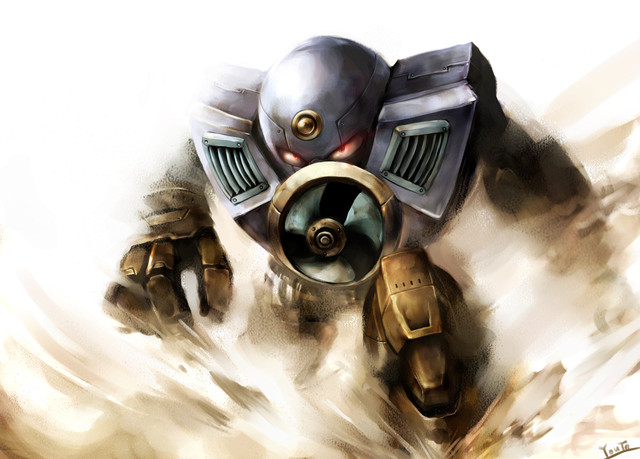 Mega Man has no shortage of wind-based bosses to fight: aside from the O.G., Air Man here, there's Wind Man, Tengu Man, Tornado Man, Gyro Man, Storm Eagle... did I leave anyone out? 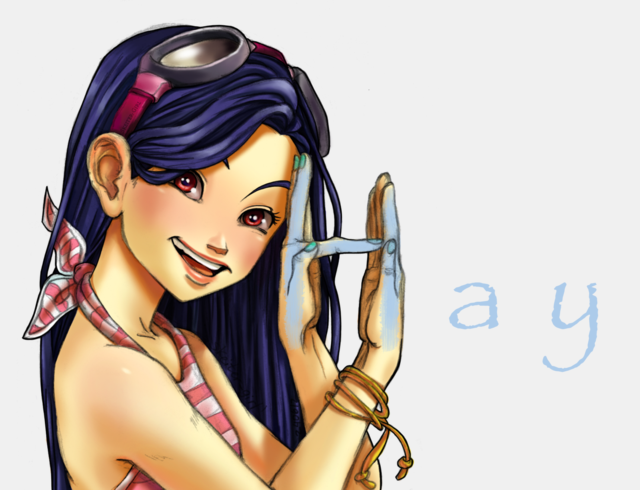 So for this entire monthly theme, I'm kind of surprised at what the regulars are--three-for-three, we have a character from D-FRAG, Arata the Legend, Flame of Recca, and W.I.T.C.H., home of Hay Lin. Pretty cool, unexpected selections, guys! 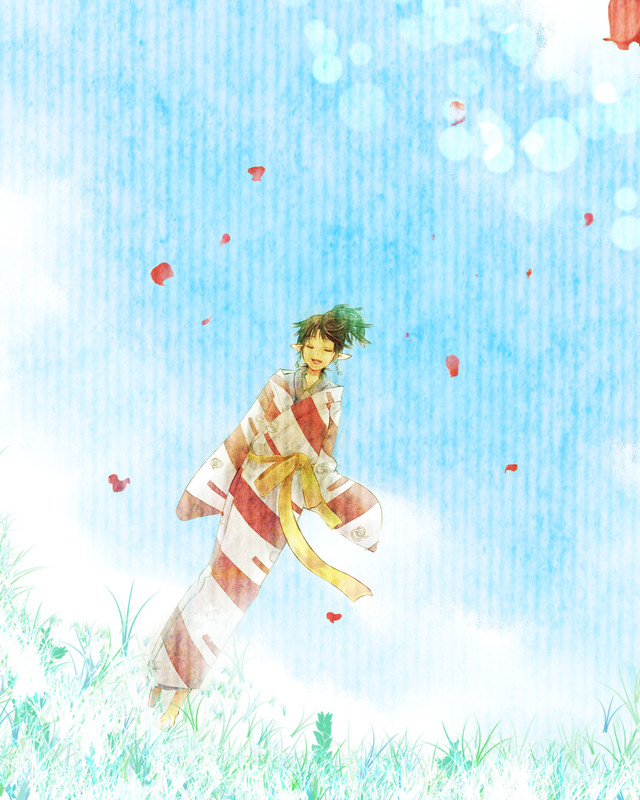 There's something about Inuyasha villains that always sends a chill down my spine (or makes me wonder why the hell they just won't die already). Kagura of the Wind was pretty nuts, from what I recall. 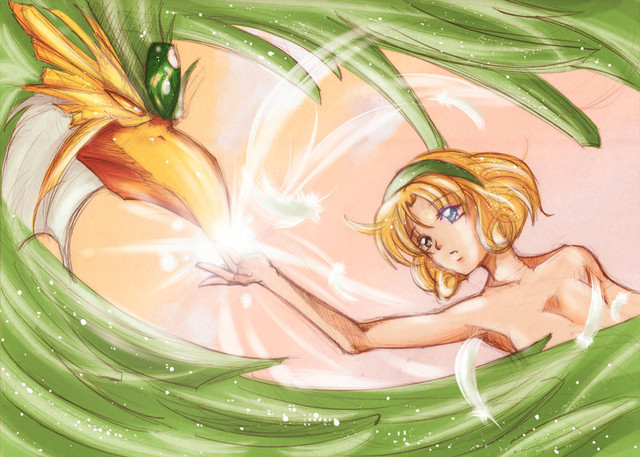 I missed Rayearth's Hikaru last week, but here's Fuu (and Windam) to pick up the slack! Fuu was always my favorite of the trio anyways. 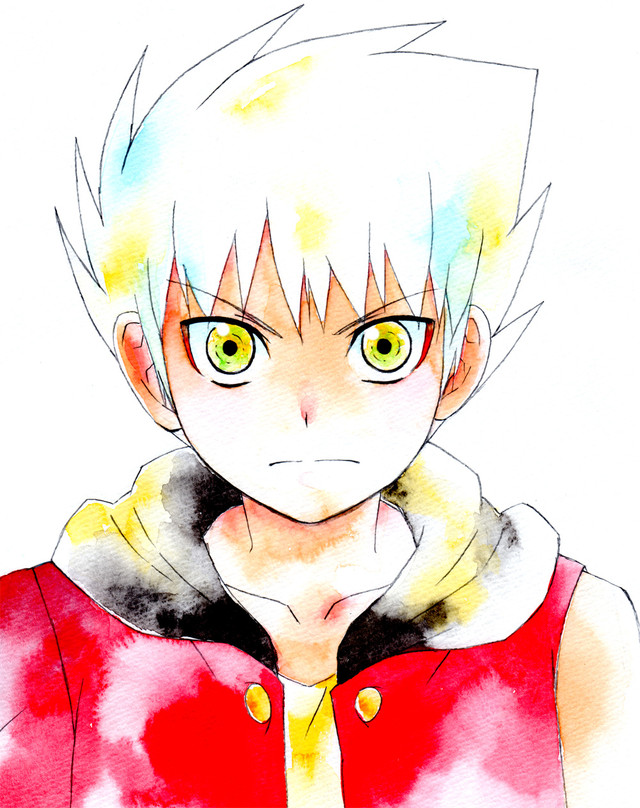 In Kiba, Zed uses a technique that's very common in anime and manga called kamaitachi, which is basically a wind that's so focused and powerful that it can cleanly slice through anything. It's kinda terrifying, if you really think about it--it's a vaccuum blade that you can't normally see! 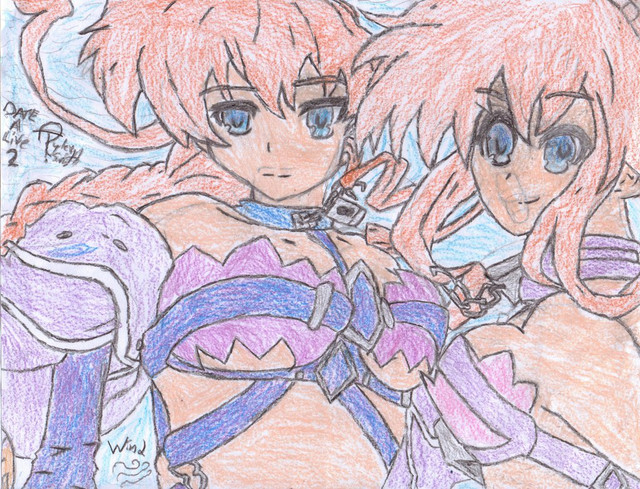 Kaguya and Yuzuru Yamai usually use a lance and bow (that totally dwarf them), but they're both able to use wind-based powers in battle as well. I'm honestly not that surprised to find out that Date a Live has fighting and action in it. 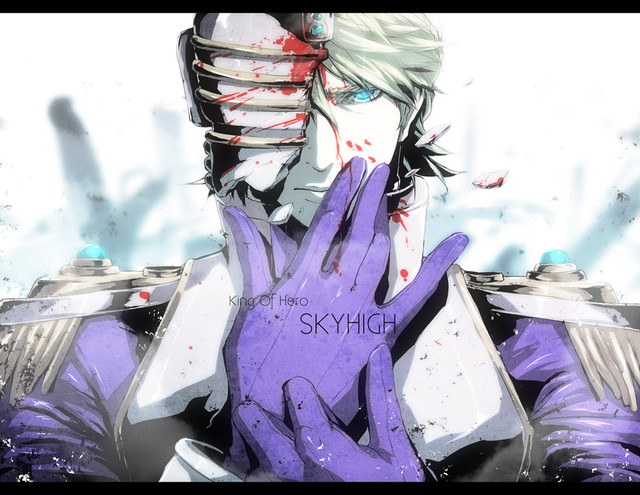 What I am surprised by is how badass Sky High looks in this picture! Now granted, I love characters like Superman and Captain America, but I can understand why they aren't as popular as other, edgier characters--I only bring it up because Sky High is the Superman of Tiger & Bunny, an upstanding no-frills good guy who will take equal time to blow away a bad guy with a tornado and save a kitten stuck in a tree. And yet, he's also the most popular hero for a long time. Funny how that works. 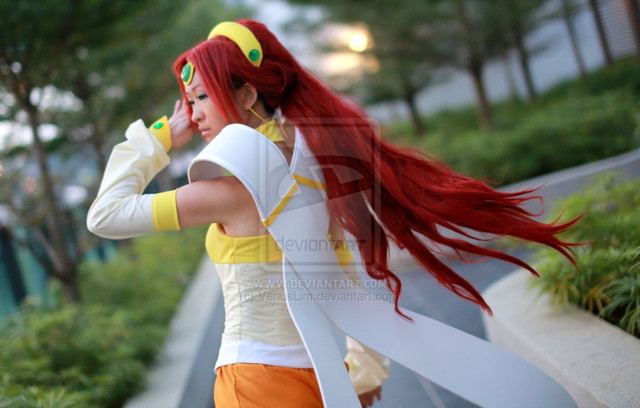 When a reader asks for a not-that-popular character (like Angelic Layer's Ranga) and it's their only request, I try to go out of my way to find a piece. However, I'm noticing another trend: if artists don't draw something for the character, I can usually count on cosplayers to put together a costume and do a shoot! 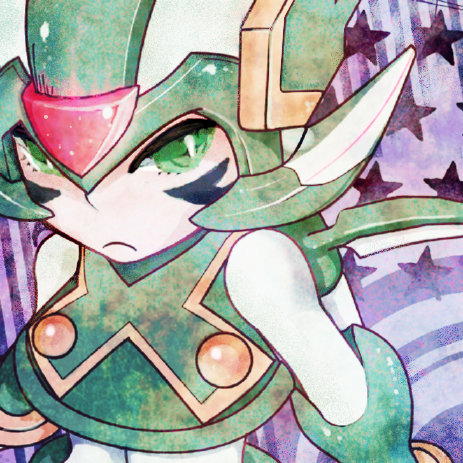 It's strange to say now, but I didn't like the Mega Man Zero series when it first came out--I was actually a bigger fan of the Battle Network games. The gameplay was fine, it was the art style and atmosphere that turned me off--but I did enjoy the boss fights. After powering through the Mega Man Zero Collection on DS, I have a newfound appreciation for the series, and longtime rival/pain-in-the-ass Sage Harpuia here! 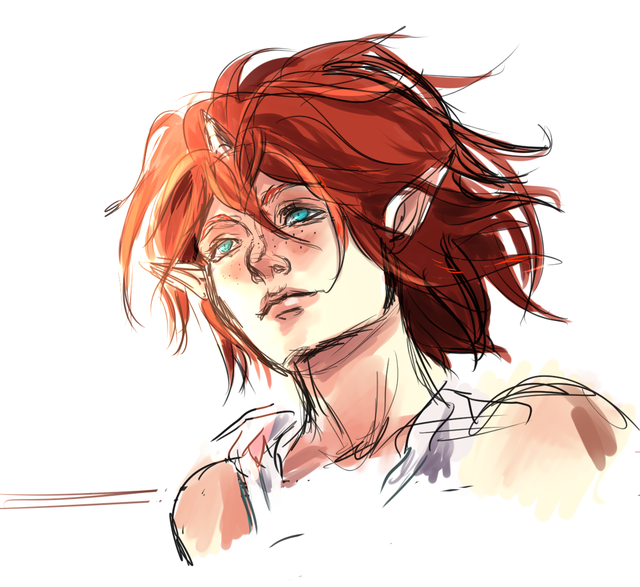 I'm honestly kind of surprised at how popular Yu Yu Hakusho's Jin is on Pixiv--he shows up in exactly one fight in the Dark Tournament, and doesn't really do all that much except for provide commentary later on! 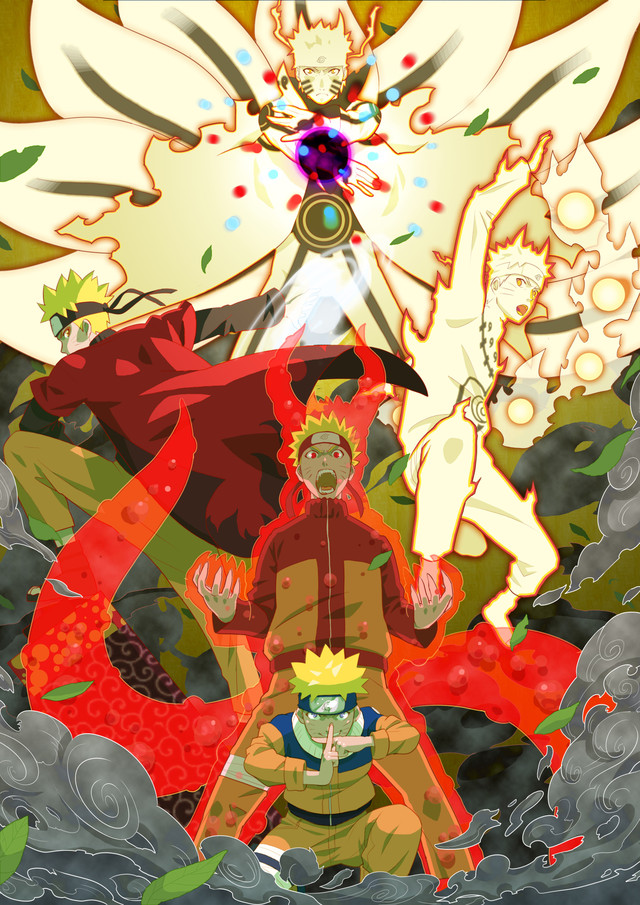 At the point in Naruto Shippuden when Kakashi starts talking about elemental jutsu, I absolutely love how he handwaves half the system with a simple "there's plenty more details to this, but it's too complicated for you, Naruto, so we're gonna skip that." Naruto's trademark Rasengan is a pretty weird technique (that is totally stolen from Ninku), but finding out that the Rasen-Shuriken can destroy at the cellular level? Daaaamn. 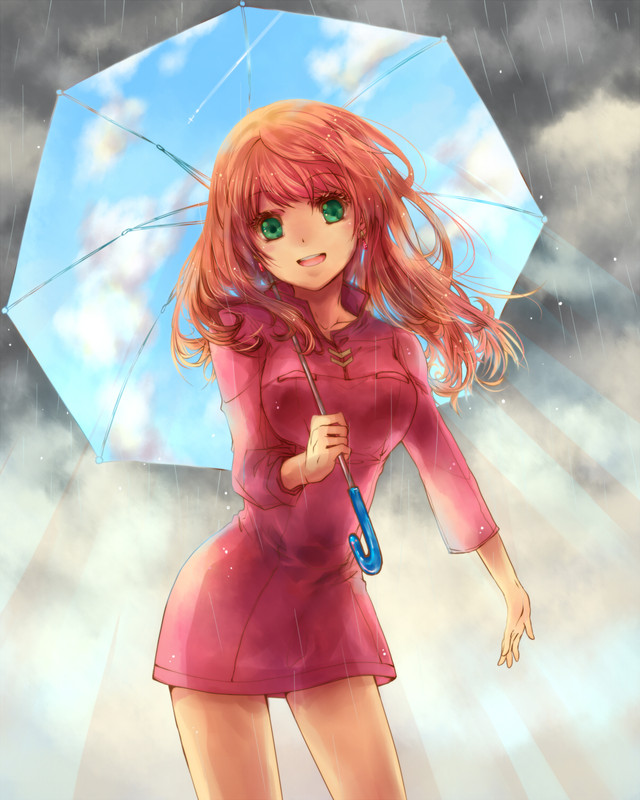 I've only watched one episode of The World is Still Beautiful (and I love it!), so I haven't had a chance to see much of Nike's wind (storm?) magic. Still, this is a fun show, and I really think we need more shoujo anime adaptations. 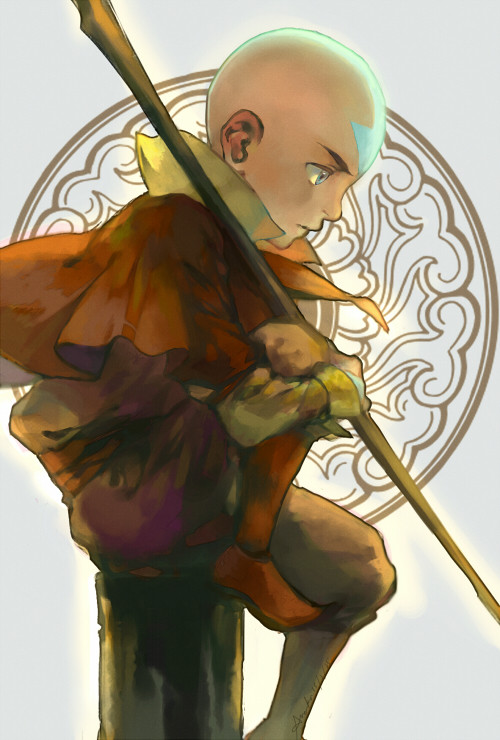 Wow, such a stern face--you wouldn't like him when he's... Aang-ry (sorry). No, for real, did we ever see Aang get truly pissed off in Avatar: The Legend of Aang? (Also, you have no idea how hard it is to not call it Avatar: The Last Airbender--the creators changed the name to distance the show from the movie.) 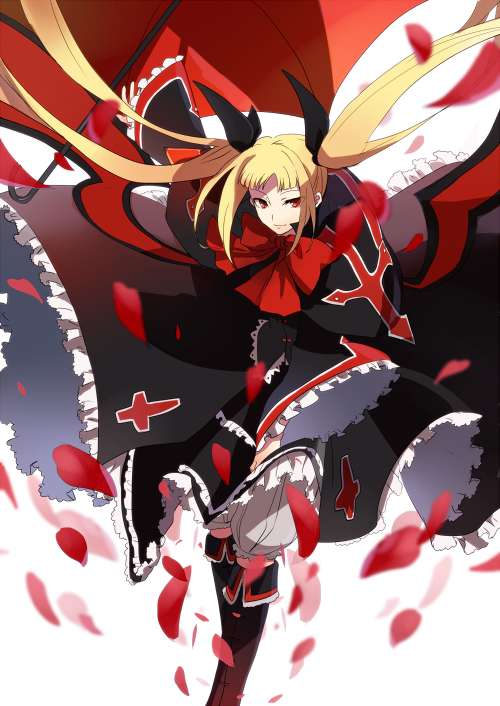 I don't care how low-tier she was, fighting a good Rachel has always been frustrating as shit, although that has more to do with my general lack of skill in ASW fighters like BlazBlue. Apparently she's back to being a badass again... cool? 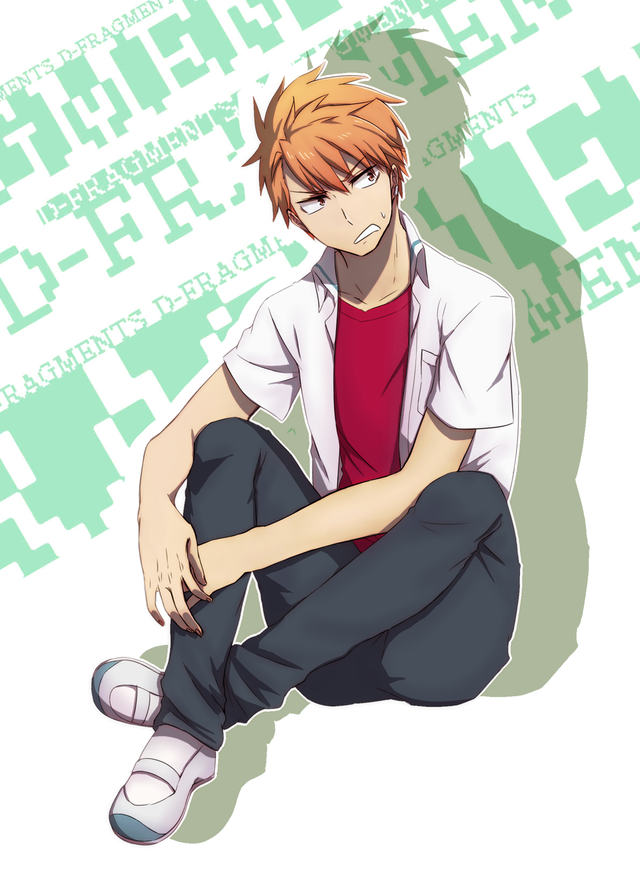 It's nice to see that a D-FRAG character feels the same way about the "elemental assignments" that I do. Kenji doesn't do anything with wind, the club just called him a "wind-type" because of the characters used in his name.

Meanwhile, Flame of Recca's Fuuko is armed with the absolutely insane Fuujin and its wind control. Now, I only read the manga in Japanese and saw an ancient fansub that called the madougu "Elemental Weapons," which kinda makes sense. I'm just wondering what they were called in the official Viz release. 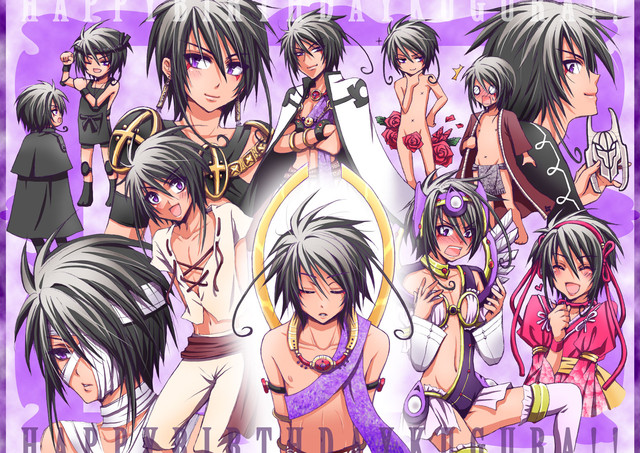 Like I said, Arata the Legend is the other one that keeps showing up week after week for the elemental theme--in this case, it's wind specialist Kugura, who's actually a child, but goes around posing as a massive, muscular man. So really, like half the fourteen-year-olds on the internet who claim that they're jacked and will totally wreck your shit. 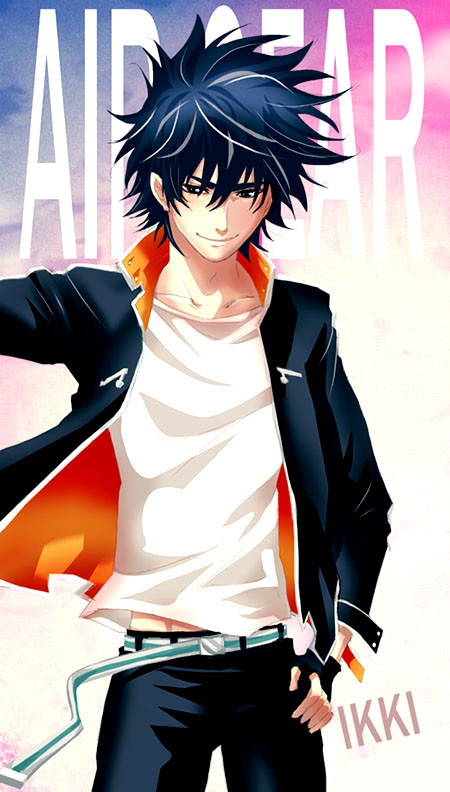 I'm always a fan of Oh!Great, so it's disappointing to see his jaw-droppingly beautiful manga get turned into only-okay anime that happen to have really good soundtracks. Now, I haven't finished it yet, but from what I hear, Air Gear just goes absolutely nuts later on, with a dude walking on air (and the air cracking under his feet) and crazy government conspiracies involving superpowered rollerblades. 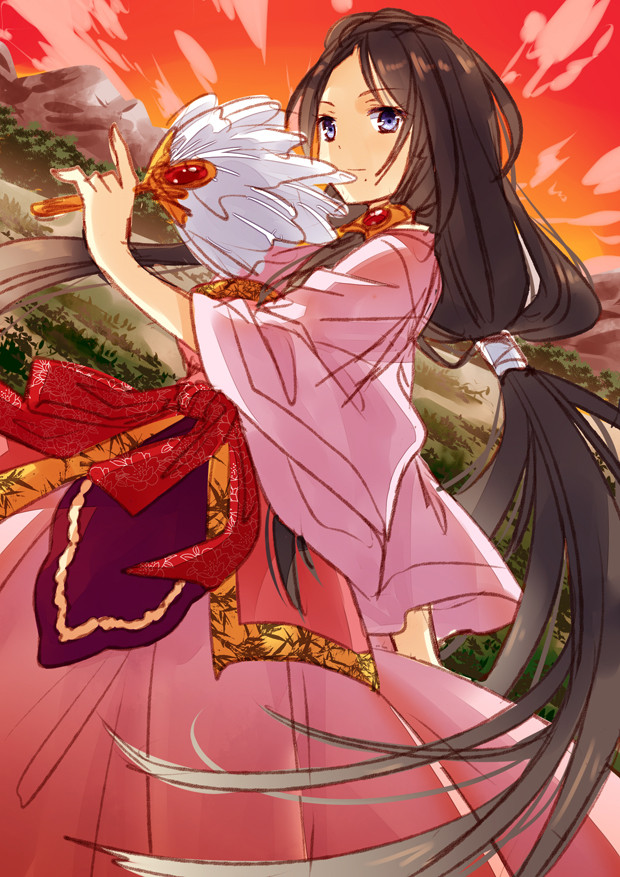 I'm not a fan of Magi's Hakuei Ren so much as I'm a fan of her genie, Paimon. 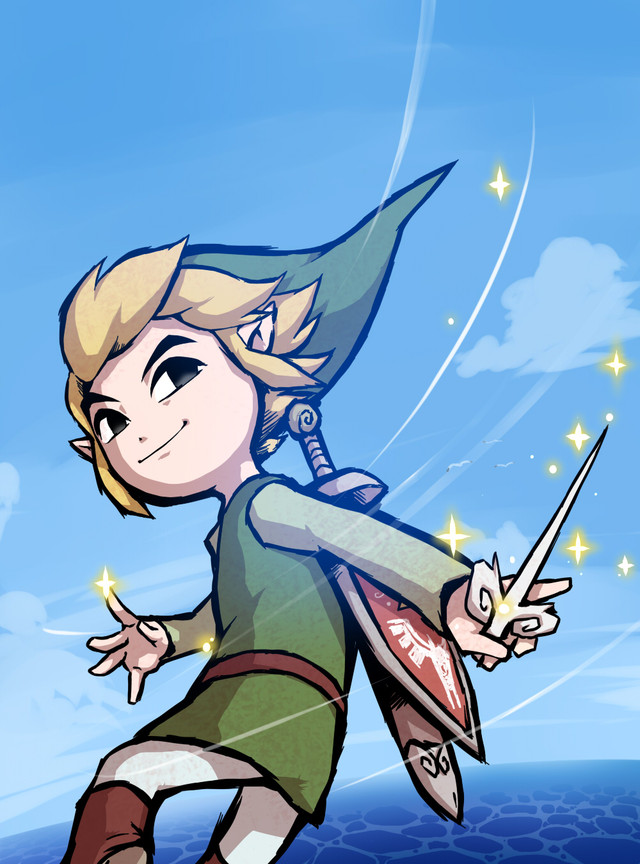 Really though, y'know what my favorite use of wind was? The Legend of Zelda: The Wind Waker. I'm one of those weirdos who actually enjoyed the original's sailing--it really felt like you were going somewhere and that the Great Sea was a huge, open world to explore.

And that's everything for this week! There's no way I could have included everybody (especially with 95 comments, where I couldn't even get some folks' requests!)--who are your favorite wind-powered characters? Sound off in the comments and let us know!

Like I say every week, your work is always welcome here on Fanart Friday, regardless of your skill level or experience. Just PM me a link to your work, and I'll make sure to include it in a future installment! Here are the next three themes for Fanart Friday:

-Next week, on MAY 23rd, you won't go thirsty as we delve into the element of WATER! While I find water spells to be pretty useless in video games, characters in anime, manga, comics and more tend to be a lot more creative with its use. Who are your favorites? THIS IS THE ONLY THEME I'M TAKING REQUESTS FOR THIS WEEK!

-Then, on MAY 30th, we wrap up this month of elements with METAL! Fairy Tail's Gajeel is the easy pick, but who else can you think of the immovable objects who channel the force of something stronger than stone?

-On JUNE 6th, to celebrate the release of Ultra Street Fighter IV, we're taking a look at my all-time favorite game series, STREET FIGHTER! Be sure to brush up on those one-frame links!

Thanks again for coming by to check out Fanart Friday--have a great weekend, and I hope you drop by next time! If you're heading out to see Godzilla, be sure to brush up on your kaiju knowledge with Destroy All Fanart Edition!