Unfortunately, it'll take more than this to bring adventure games back into the spotlight 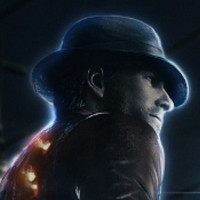 While they're far from dead, adventure games have it pretty rough nowadays. Bridging the gap between regular, more action-focused video games and visual novels, they succeed at telling a story and making you part of a world... but at the cost of the excitement and engagement that usually comes with playing a video game. Murdered: Soul Suspect tries to close that gap further to mixed results. 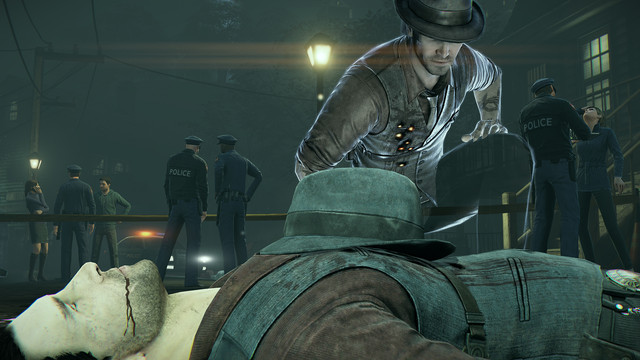 Murdered puts you in the shoes of Detective Ronan O'Connor, badass extraordinaire, a criminal-turned-cop dressed like an MRA old-timey detective with his fedora and vest. Hot on the trail of the Bell Killer--a serial killer targeting young women in Salem, Massacheusetts--Ronan gets too close to solving the case and winds up dead. Now, trapped in limbo, Ronan must solve his own murder, and take down the Bell Killer in the process. 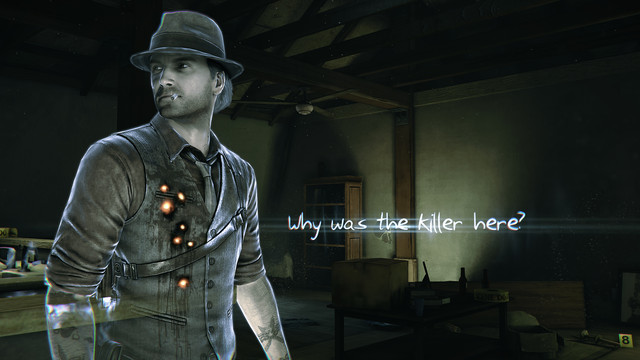 For starters, don't bring up Ghost Trick (an awesome title) like Murdered is a gigantic rip-off--"the main character solving their own murder" isn't exactly a new story concept. Murdered: Soul Suspect combines elements of Ghost Trick (limited possession) and Ace Attorney (piecing together individual, collected pieces of evidence) to make up the gameplay's main focus: investigation. When you possess a person, you can't make them move to an area or do specific things--rather, you can eavesdrop on their thoughts, or jog their memory with elements from the crime scene to get them to think or react to what's happened. Poking around crime scenes lets you recreate brief flashbacks of situations, and looking at "memory residue" (like, say, a girl hiding) makes you choose key words to describe why she might be hiding--this analyzes the scene and sheds more light on what went down. Once you have enough evidence, you pick events or items in order to figure out what happened and progress the story. 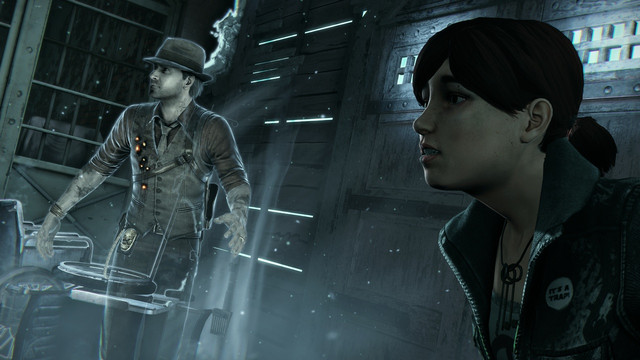 It works for the most part, treating crime scenes like a mess that needs to be organized. Unfortunately, it's often a little too specific on getting things in an exact order, regardless of they play out in a cutscene or flashback. What sounds logical doesn't matter in piecing together evidence, and Ronan does like to repeat himself or spell things out for the benefit of the player a little too often. Also, for all the twists and turns and opacity of the story, I figured out who the Bell Killer was well before the game ended. Unfortunately, that's just something that happens with some murder mysteries, and you're along for the ride until your suspicions are confirmed or disproven. 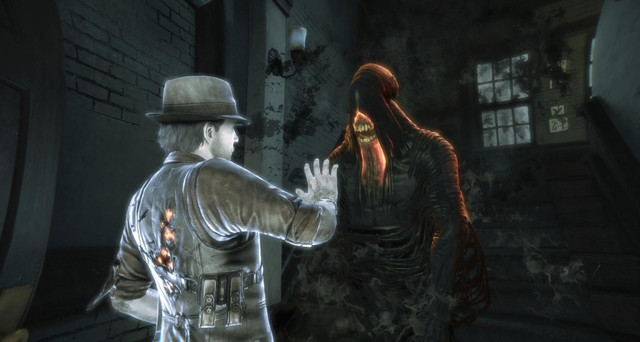 In addition to investigation and collecting random bits of evidence to reveal the history of Salem, Ronan's backstory, and the Bell Killer case, you'll have to spend some time dealing with demons--ghosts that have let their lingering regrets and hatred consume them, turning them into hungry, feral wraiths. These stealth segments are tense at first--you can't fight demons, you can only take them out with a sneak attack. You'll hide in very conveniently-placed clouds of ether, make distractions to draw demons to you, and then take them out in one shot. However, as the game goes on, demons become more of an annoyance than a threat. Their telltale shriek comes out of nowhere and sends a chill down your (well, my) spine, and then hi-ho, hi-ho, it's off to work we go. It becomes second nature to jump from hiding place to hiding place, kill a demon, then pop back into the ether and wait for the others. You also never take on more than 3-4 demons at once, they have no peripheral vision, and won't investigate when one of their own is taken out right behind them. Demon encounters are an interesting addition to the game that provides a break from investigations, but it feels like a missed opportunity. 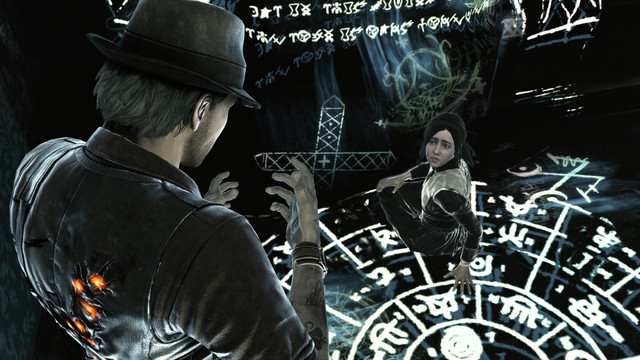 Length usually isn't a problem for me in games... if they're replayable. Like nine hours in (and I've been dicking around), I'm done with the main story of Murdered: Soul Suspect and I have over 90% of the collectibles and side quests taken care of. Now that I'm done, there's just not much to do, and little motivation outside of the story to come back. I replay Asura's Wrath once or twice a year, because it's short and fun and exciting as hell. However, if we're looking at adventure games like movies, well... let's just say that I'll rewatch The 13th Warrior more regularly than I'll rewatch Kiss the Girls. Murder mysteries tend to lose their impact when you're not going in fresh. As a big-budget adventure title, Murdered: Soul Suspect is a rarity in today's gaming scene, and I appreciate playing a game that--even with a few missteps--handles investigation and casework so fluidly and naturally. It's a shame, though, that the game goes by incredibly fast, and then doesn't give you any real reason to go back to it afterward.

+ Investigation feels natural and subtle, and really gets you thinking like a detective

+ Absolutely awesome to play a big-budget game that's not a samey, homogenized actioner

- Short games are fine, but short games that don't give you a reason to play again are not