THE PERFECT TEAM is almost complete! This week: GUTS-powered characters! 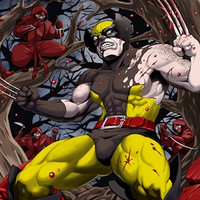 Fanart Friday returns, refusing to give a single inch, because it's about the principle of the thing and I haven't had any of these Chocodiles yet. Last week, we continued our quest to create THE PERFECT TEAM with SKILL-based characters, but this week it's time to dig deep and fight harder than we ever have with characters powered solely by GUTS!

Pure fighting spirit is an incredibly important part of storytelling, partially because it's a simple concept: your character may not be fast, or strong, or smart, but they have courage, and that kind of underdog mentality is easy to get behind. Why else do you think scrappy kids are the most common lead character in shounen manga and anime? On a team, the GUTS-type character doesn't have much specialization beyond being the last line of defense--while everybody else is taken out, they're the only one still going. Now, let's get started! 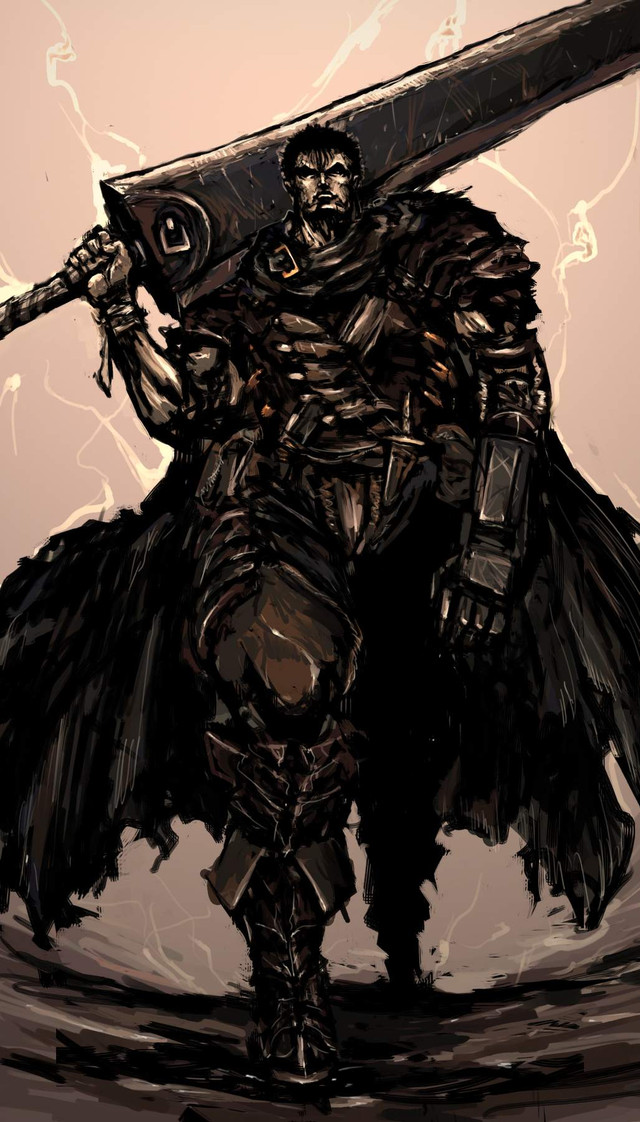 The first and last word of the day is GUTS, and nobody embodies this quality more than the man named after it, Berserk's very own Black Swordsman, Guts! Sure, he could fit into the Strength category, but if you look at the series, it's his tenacity that wins fights--who else would chop their own arm off to chase after an enemy? Who would get bitten and crushed by a monster just so he could get close enough to deal the killing blow? That is the kind of "guts" I was looking for. 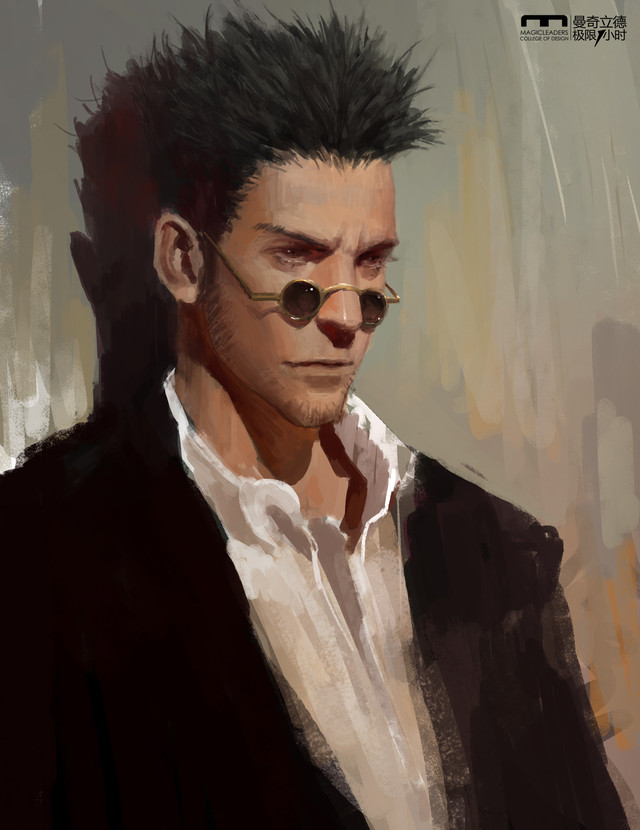 On a much less "holy crap how can a person do that" level of guts, Hunter x Hunter's Leorio stands toe-to-toe with people who would otherwise wreck him without a second thought. While skill can come into play with Leorio's fighting style, what really keeps him standing is courage and grit. 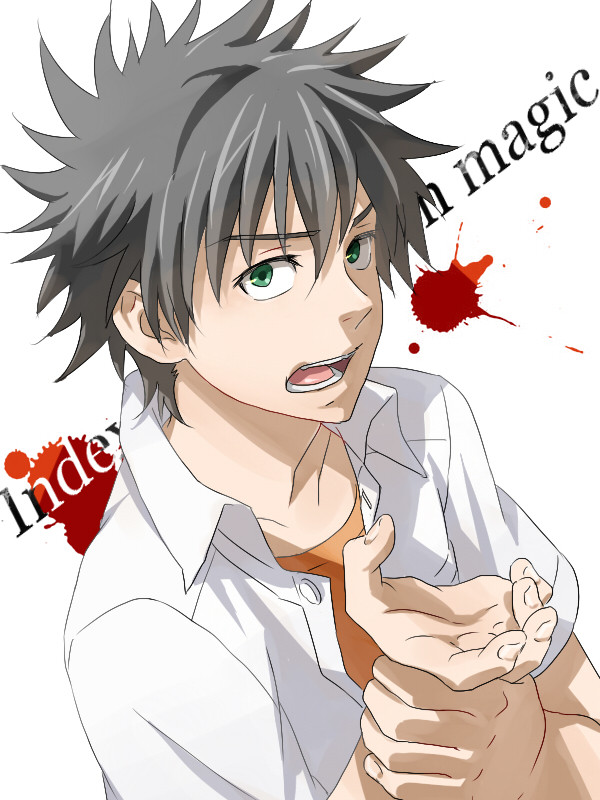 Same thing applies for Touma Kamijou of A Certain Magical Index, who has to get within arm's reach of people who are launching I-beams and actual eye beams at him. This is the kind of gutsiness that borders on stupidity. 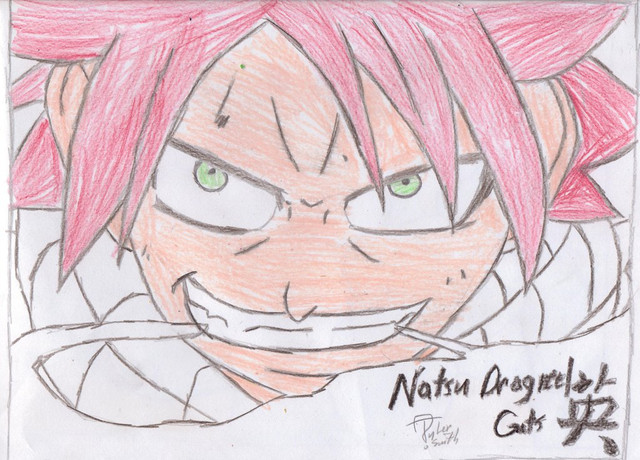 Then you have the kind of gutsiness that flies off into complete, actual stupidity. While many of Fairy Tail's mages have a kind of reckless, selfless courage (hello, Erza... and Elfman... and everybody else), few are as balls-to-the-wall "why on Earth would you do that" bravedumb as Natsu Dragneel. 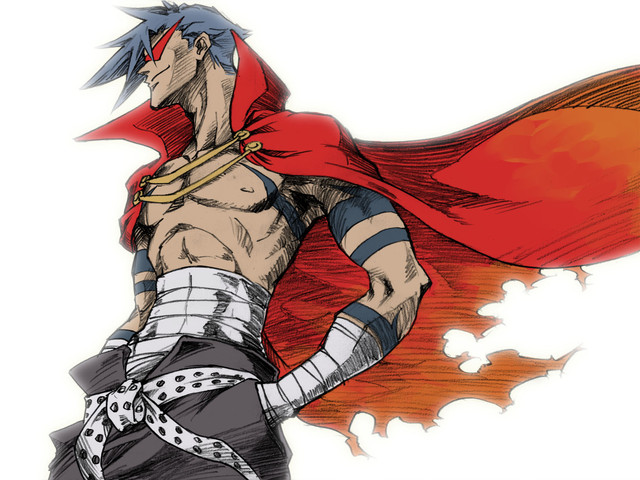 As much as I love guts-type characters, it can be equal parts inspiring and frustrating to see them in a leadership position. In Gurren-Lagann, Kamina exemplified both parts of that coin pretty well, although I'm very clearly more on the "inspired by" side. 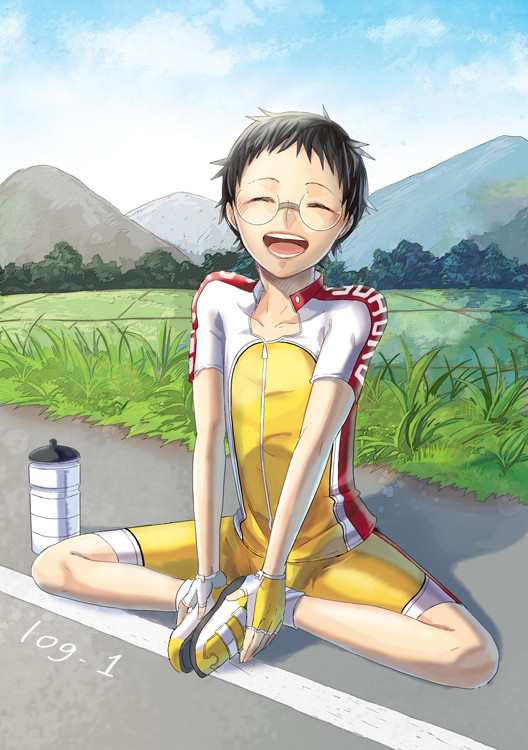 Skill, speed, and strength are key factors that lead to victory in Yowapeda, but if you don't actually have any of those, that's when you just have to suck it up and press on... and that's where Onoda shines. 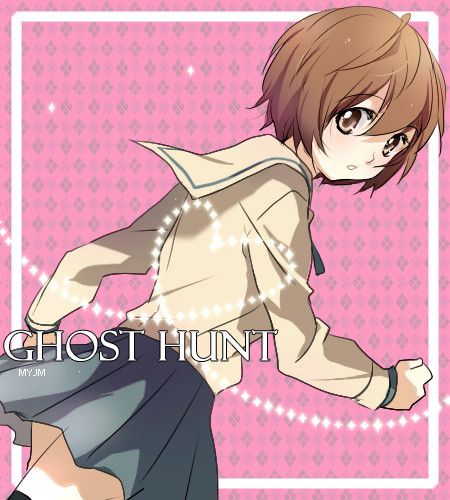 Ghost Hunt is one of those shows I'm surprised more people aren't watching--it's pretty low-key compared to other anime, but it has great, creepy atmosphere and a really likeable, courageous main character in Mai Taniyama. 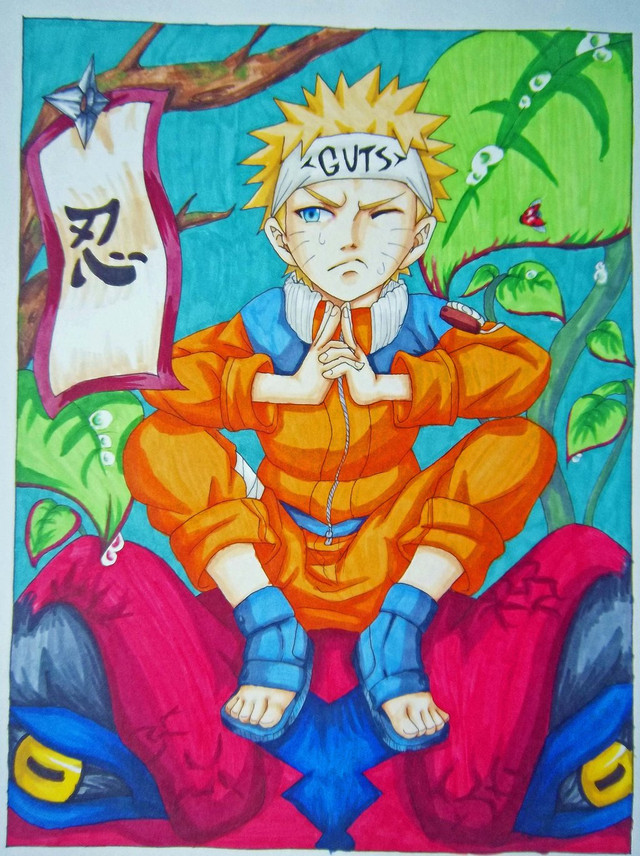 Naruto started out with the main character just not really having any particular skills or technique--he just had to keep throwing clones of himself at an enemy until he wore them down. Sure, he learned a few more tricks and jutsu, but in the end it was his fearlessness that pushed Naruto to win. 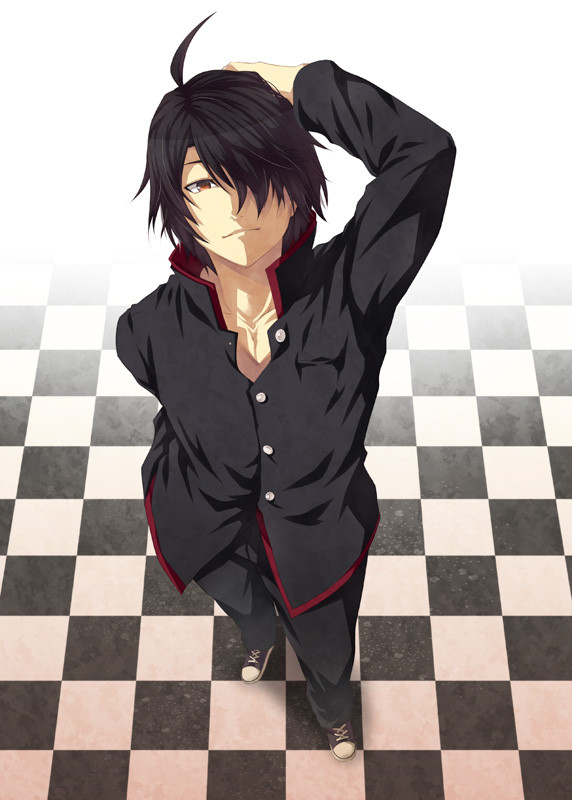 Y'know what else shows you have guts? Getting swung around by 'em just to protect somebody else. Halfway through Bakemonogatari, the kinda-sorta immortal Araragi stands in the way of a very dangerous person, and gets the unliving crap beaten out of him for his trouble. I dunno about you, but I'd be pretty hesitant to go that far. 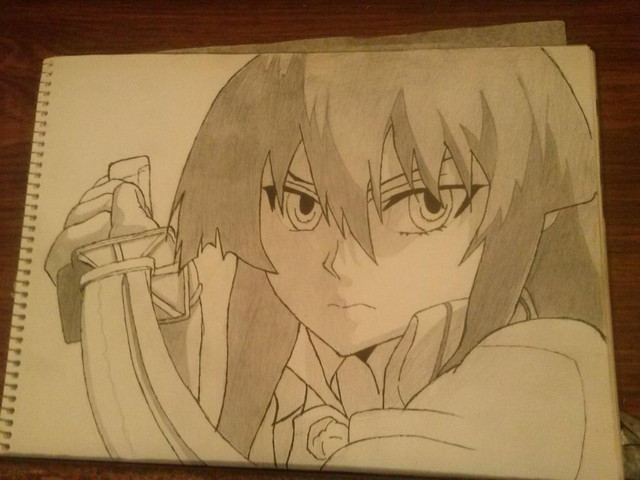 Akame ga Kill is a weird show. It's a pretty cool show, don't get me wrong, but it mixes up the crazy magical weapons of Flame of Recca with a bleak, nihilistic sorta-fantasy realm reminiscent of Berserk or Claymore, and you top it all off with a main character in a school uniform. Like I said... weird. 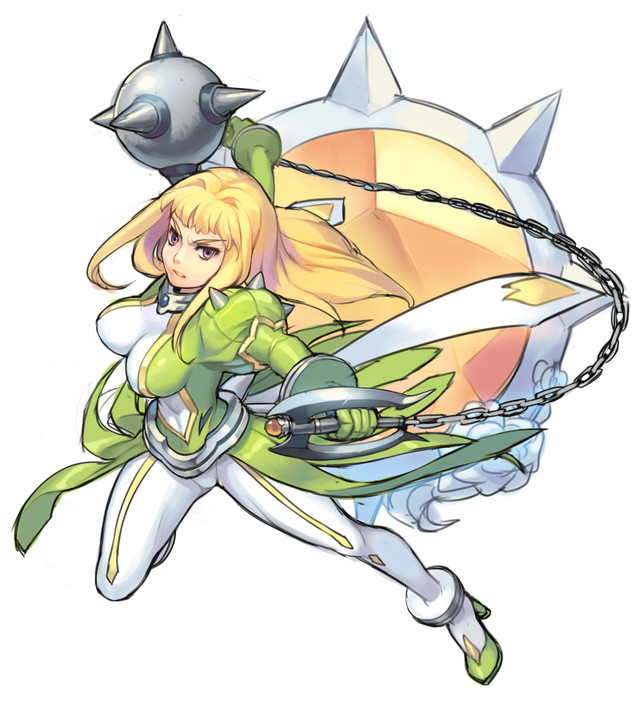 Now, I watched Mai-Hime, but I haven't seen Mai-Otome... and it's pretty awesome to see that Haruka's alternate version is a crazy lady with a mace. 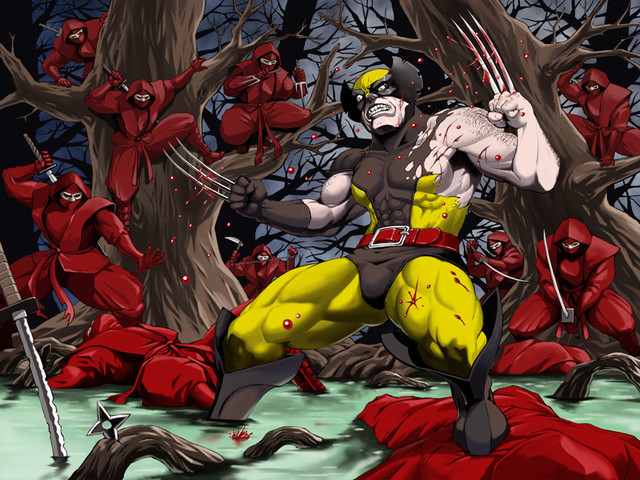 Out of all the Marvel heroes, few are as tenacious as Wolverine. He's been shot, stabbed, beat up, smacked around down multiple floors and dropped in the sewer, and he'd still get up and fight back (having a healing factor as your main power will make that much easier). What's best is when some characters (like, say, Spider-Man or the Punisher) are wise to Wolverine's ridiculous resilience, and just keep him trapped for hours so they can go about their business. 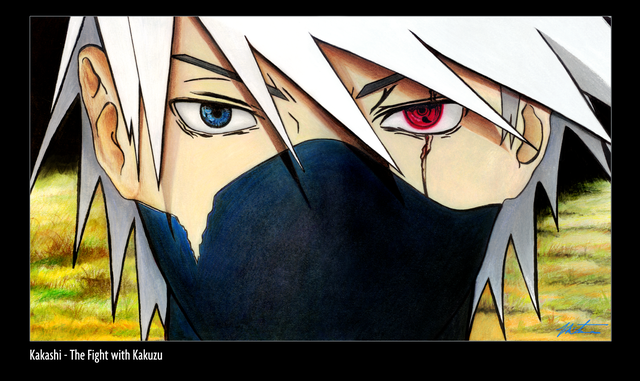 The more I think about it, the more it makes sense: Kakashi isn't a skill-type, no matter how versed he is in jutsu and technique. He's a glass cannon, meaning that he has to go absolutely all-out to win, and then hang on when he's running on fumes. 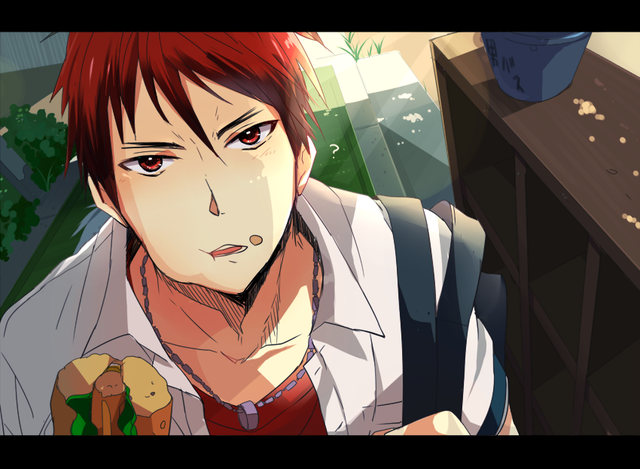 I was a little hesitant to use Kuroko's Basketball deuteragonist Kagami Taiga as a guts-type, but he's pretty well-rounded compared to the members of the Generation of Miracles. While each Generation member is pretty distinctly focused on a particular skill, Kagami is more all-around, and (with the help of Kuroko and the rest of the team) has to really fight hard to win against these color-coded freaks. 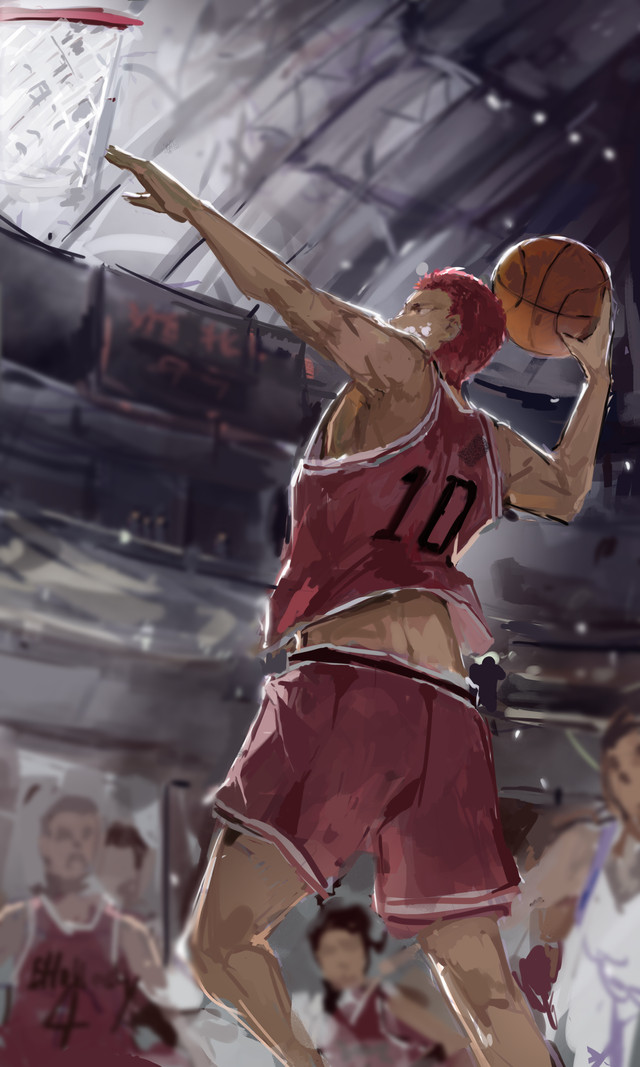 Sorry, though, KuroBas fangirls (and us rare guys who are probably all Teppei fans anyway)--I think Sakuragi could take Kagami in a one-on-one. Slam Dunk may not get all Prince of Tennis bonkers in terms of its on-court action, but Sakuragi's got heart. 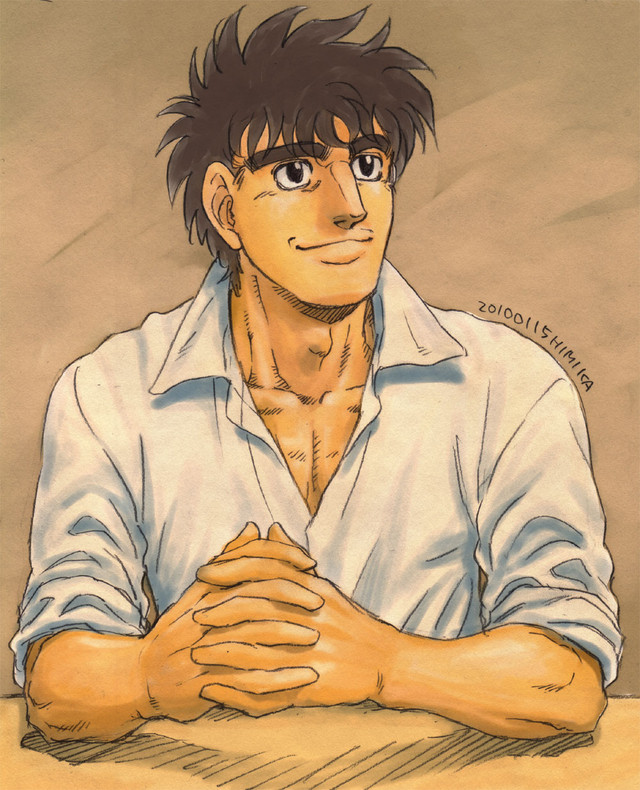 If you're only ever going to watch one storyarc of Hajime no Ippo (WHY, THOUGH, IT'S SO GOOD), just watch the last four episodes of Rising, streaming right here on CR, where a young Kamogawa Genji has to take on an American fighter who's bigger, stronger, faster, smarter, and just plain better at boxing than him... and Kamogawa fights on pure, unadulterated yamato damashii, the famed Japanese fighting spirit. It's good stuff! 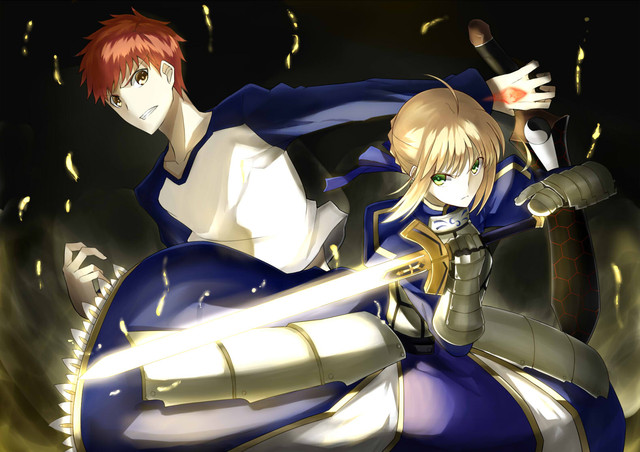 The Fate franchise is Pokemon with people. There, I said it. Although Emiya has to do a fair bit of fighting himself, and he's not a famous warrior--he's just a dude--so in the end, it once again boils down to who has more raw guts. 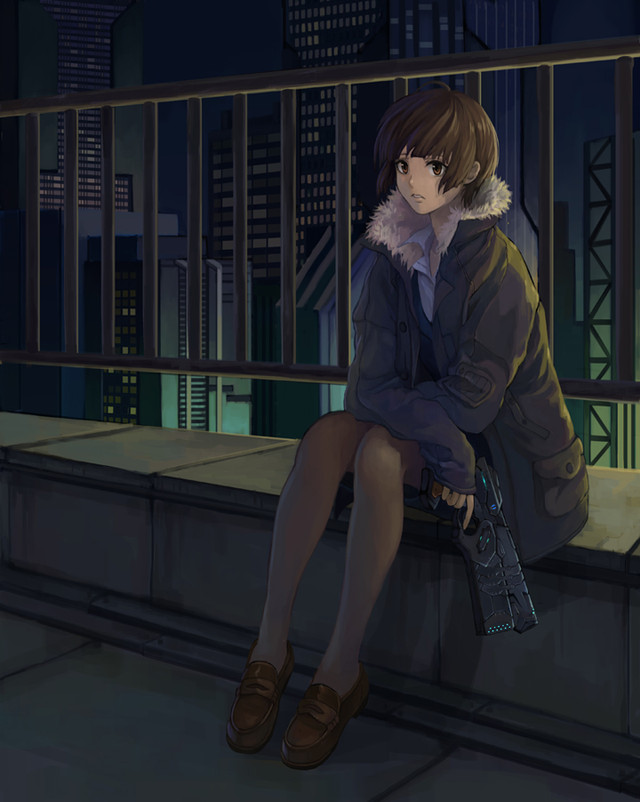 When your entire team is comprised of a bunch of hardasses who can break you with barely a thought, sometimes it's the person with the least fighting experience who shows the most courage under fire. I'd say Psycho-Pass' quiet, normal Akane fits the bill! 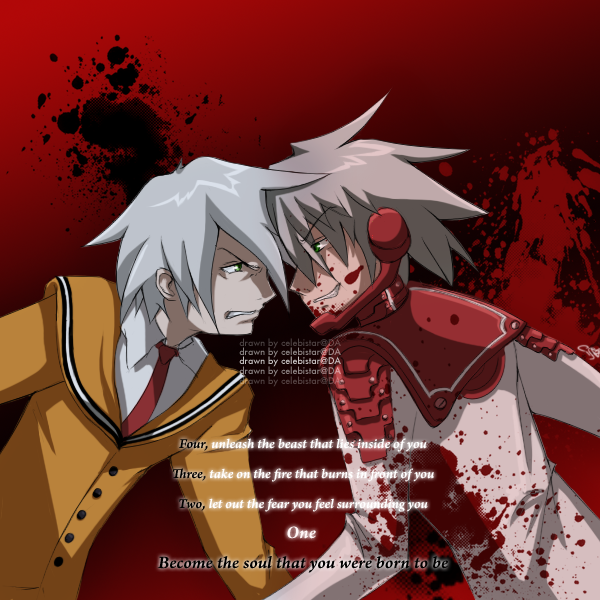 "That still only counts as one" is a joke I'll never get tired of, and that kind of bravado continues with Nobunagun's Jack the Ripper, who's always ready to point out that the enemy he defeated was bigger. That's cool, I understand! 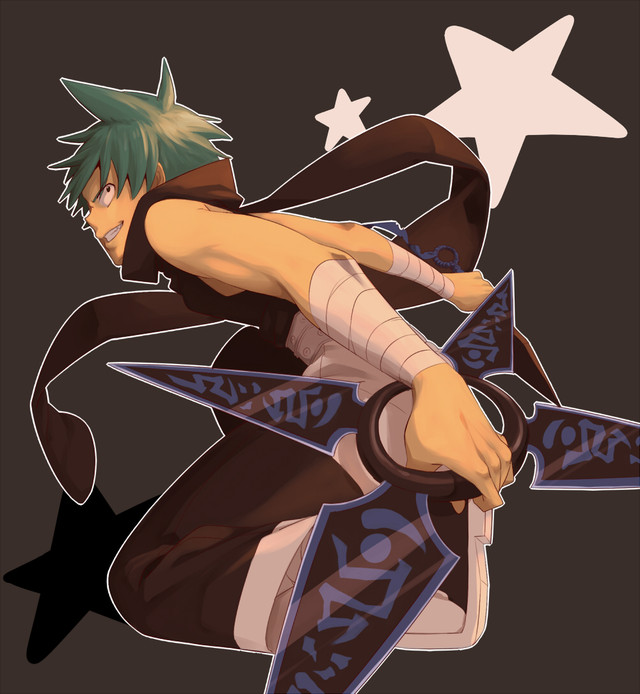 Y'know what ninja are supposed to do? Hide, blend into the shadows, and strike with precision and care. Black Star don't give a good goddamn in most of Soul Eater. "I AM BLACK STAR AND I AM AWESOME AND I AM GOING TO FIGHT YOU LIKE A REAL MAN" and so on and so forth because holy crap, dude, just hide in the shadows and stab the dude in the back. You're as bad at this as I am. 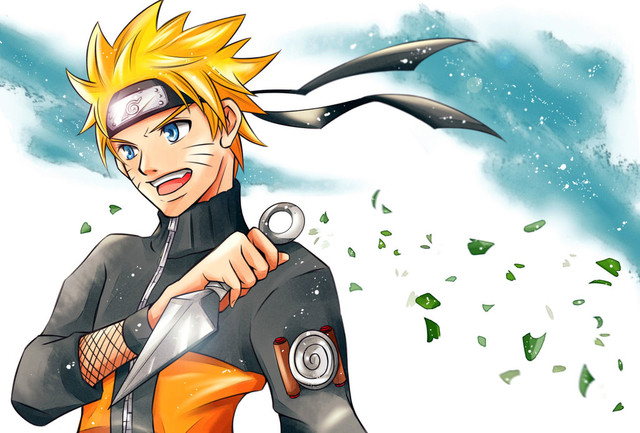 At least Naruto learned to show some guile... eventually! Even now, though, as a grown-ass ninja with various techniques and lots of experience under his belt, there are still times where he has to rely on pure gumption and stubbornness to pull through. 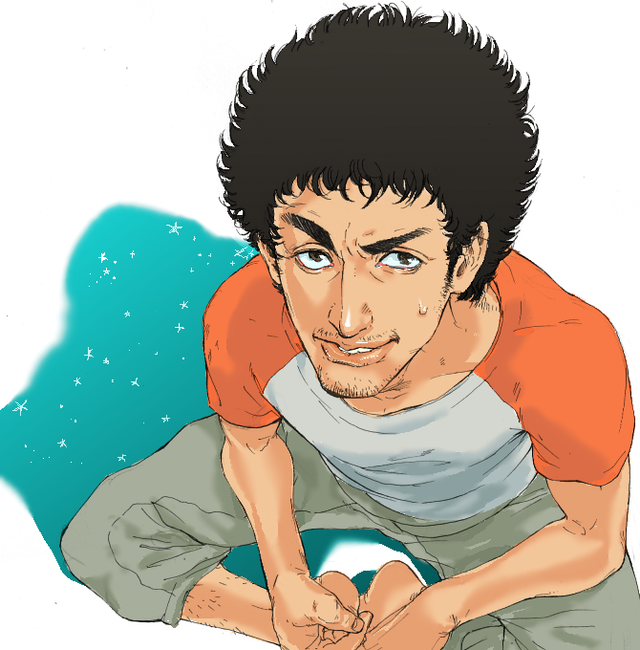 In the real world, guts and reckless courage tend not to be the smartest option. Space Brothers gives a more grounded look at what real tenacity can accomplish, as Mutta has to constantly push past his limits to better himself and his career, and has to endure incredible physical and mental hardships to realize his dreams. 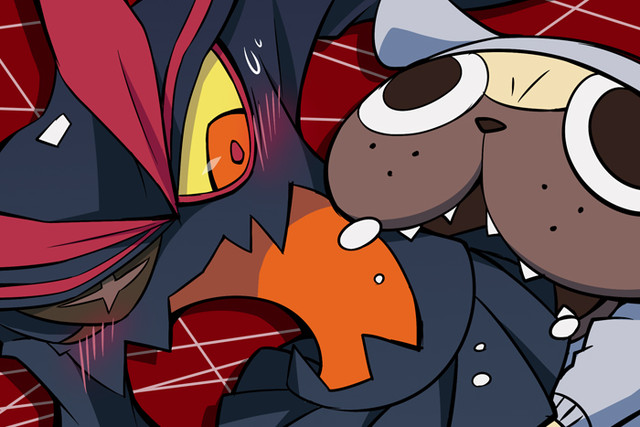 Like I said at the beginning, the first and last word of the day is GUTS, and in this case it's Kill la Kill's hilarious little Mankanshoku family dog, GUTS! 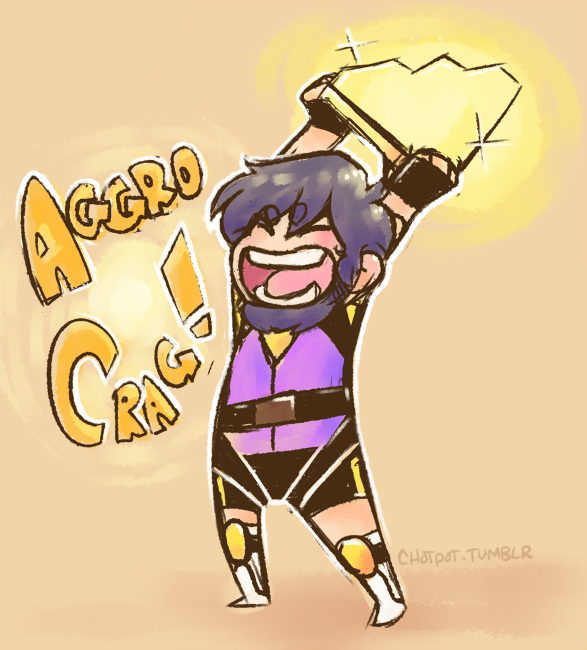 by chotpot, via Game Grumps

Oh hell, why not... one more! Regular reader/commenter Nuclear42 found this awesome pic celebrating Nickelodeon's GUTS, an awesome game show that was basically American Gladiators for kids, minus the hilarious brutality!

And that's everything for this week! There's no way I could have included everyone--who are your favorite guts-fueled characters? Sound off in the comments and let us know!

As always, your work is always welcome here on Fanart Friday, regardless of your skill level or experience. Just PM me a link to your work (full URL, please), and I'll be sure to include it in a future installment! Here are the next three themes for Fanart Friday:

-Next week, on AUGUST 29th, we round out THE PERFECT TEAM with that all-important staple: a good LEADER! From those who lead the charge to those who direct their team's actions from the relative safety of the back lines, leaders can make or break the teams they're on. THIS IS THE ONLY THEME I'M TAKING REQUESTS FOR THIS WEEK!

-Then, on SEPTEMBER 5th, our annual BACK TO SCHOOL theme returns for its third year! Need some inspiration? Here's the original Back to School Edition, and Back to School Sophomore Year Edition!

-On SEPTEMBER 12th, we return to the voice actor's studio, this time with the work of famous dub actress LAURA BAILEY! Can I keep my gushing praise in check for this installment? I mean, she's a married woman and all...

Thanks again for dropping by to check out Fanart Friday! Have a great weekend, and I hope you come by again next week!