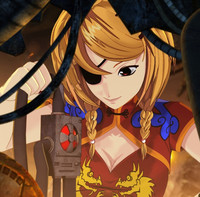 Creator, stage director, lyricist, and media personality Ohji Hiroi is the creator of Karen Senki, the new science fiction action series from Next Media Animation. Known to legions of fans as the creator of the popular Sakura Wars game and anime franchise, Karen Senki reteams Hiroi with character designer Kosuke Fujishima, this time in a post-apocalyptic setting where humans and machines are at war with each other. In PART ONE of our exclusive interview, Ohji Hiori explains the genesis of the project, the development of Karen Senki’s themes, story, and characters, along with his collaboration with his ongoing collaboration with Kosuke Fujishima. Enjoy! 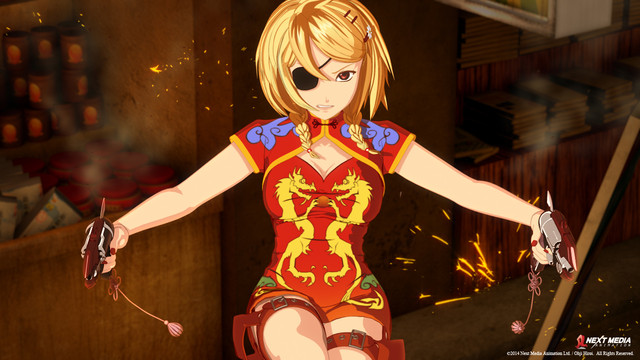 How did you become involved with Next Media Animation?

After I had success with games, I became very interested in dealing with the world of CG animation, because it was a new field for me. Eventually, I was invited to meet Next Media Animation which was this big computer graphics company. Back when I was making games, I had the feeling that the medium of games and animation would eventually combine together. But I was having trouble figuring it out from the game side, so I took a chance on the animation side. That was the beginning of the concept of Karen Senki.

Where did the initial ideas for Karen Senki’s story and character come from?

At first, I began by thinking about us…modern day humans and our desire to live longer. Bio technology is advancing fast and humans are becoming more robotic. On the other hand, robots are becoming more and more advanced and are going towards the human side…becoming “more human than human” in the process. Just like with games and animation, eventually humans and robots might merge together or become very similar to each other. But then, what about emotion? Even now, we can relate to machines and computers in emotional terms like giving them nicknames. So in an advanced society, the robot understands emotions, but then, what about love? So these are the motifs that Karen Senki is based on. 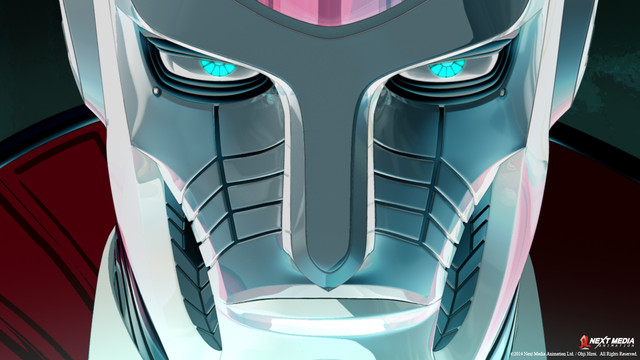 In the story of Karen Senki, robots have enslaved the human race. How does this reflect your own feelings about technology?

To properly answer that question, we have to talk about the first robot that evolved, who is named “Seek” in this story. He’s kind of like the ape with first touches the monolith in the movie 2001: A Space Odyssey in that he’s the first one to get a mutation that leads to evolution. Seek’s background is that he was created as a kind of janitor robot; just a service robot. His programming tells him, “here is something that is needed / here is something that is not needed”. He is thinking about love in an extreme form. To him, this means, “robots have to exterminate the ones they don’t need and then create a beautiful society with the ones they do need (an elite)”. From his perspective, this is love. But from the point of view of the victims, it’s an attack. So these are the kinds of things that Karen Senki is about. 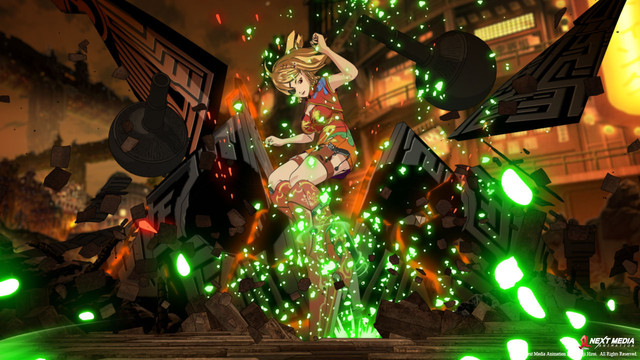 “Emotion vs logic seems to be one of the major themes of the story as well. How does that conflict play out in Karen Senki?

For emotion vs logic… The robots have this sort of programming that says, “This is love” or “This is not love” but from the perspective of human beings, things are much more blurry. We want to have love but we but don’t always have a way to get it. So that’s the difference between a robot and a human being. A robot wants to decide, “What is love?” and the humans want it to be more blurry. Story wise, this goes one step farther with the concept of evolution. Also, throughout the story, the sign of the number 11 appears, probably as a symbol of divine consciousness or something from up above. This sign is the key to evolution. So the first series of Karen Senki deals with how this evolution started and the second series will deal with how this evolution affects humans. 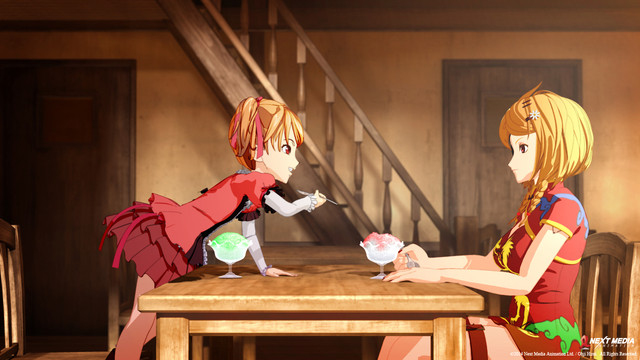 When planning a science fiction story like Karen Senki, how does the creation of characters and the environment affect each other in the early stages of planning?

It happens on a case by case basis. It usually takes time. But in Karen Senki’s case I thought it would be an interesting idea to have a character that had her sister’s spirit inside of her. That was the very, very start. And then I thought, maybe they were in a fight and the sister was killed and wounded… Then I thought about a society where the machines dominate the world, but the domination…well, maybe it was something different. Think about a farmer that puts a tomato in a severe environment and the tomato gets sweeter. Maybe if you put something in a severe environment, it can turn into something else. So that is the dominator’s point of view: to put human beings into a severe environment to encourage their evolution or turn them into something better. So that was the start of the development for the setting. 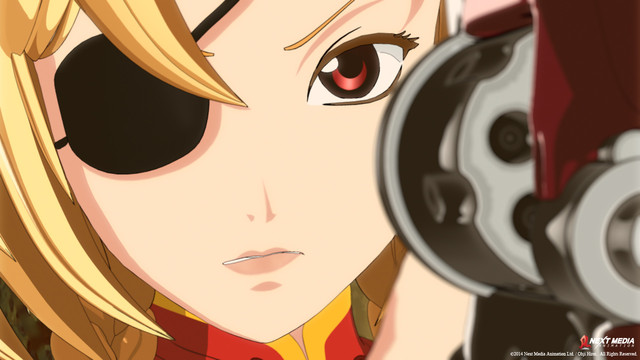 Incidentally, several members of our staff at Crunchyroll are huge fans of Sakura Wars, and they are excited to see a new collaboration from you and Fujishima-san. Are there any points of similarity between the two works that viewers can look for?

Games are not like movies where you have to have to create a scenario based on a timeline and a two hour running time. Games are a collection of short episodes and you have to think about how these incidents lead to different end results. Originally, I created the script for Karen Senki in short form, episode by episode, probably running around 1-2 minutes each. So probably, with this project, I’ve brought game style storytelling into animation, so that’s a point of similarity with Sakura Wars. Also, I had a conversation with Fujishima on how to work from a branching style of script that not only has a main storyline, but has other settings and several other storylines too. As with Sakura Wars, once you create the animation part of a project, it’s not easy to change things on the fly once everything is in place. But in Karen Senki’s case… Next Media Animation’s expertise is that they are quick and flexible to change things on the animation side. So creating Karen Senki was almost like molding with clay, shaping it, and changing it.

Also, in the case of Sakura Wars, it was two years total from the start of production to the sales date. But for Karen Senki, we spent the first 6-8 months of creating the blueprints, the scenario, and storyboards…but no actual production started. For traditional animation, if you want to change something, you have to go back to the very beginning and start over again. But with Next Media Animation, if a new idea popped up in my head and I want to change something the next day…it happened. So that’s the interesting part. 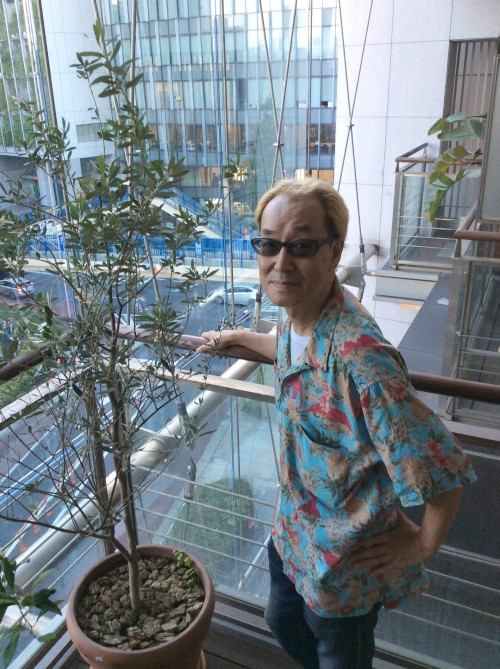 NEXT WEEK: PART TWO OF OUR INTERVIEW WITH OHJI HIROI! 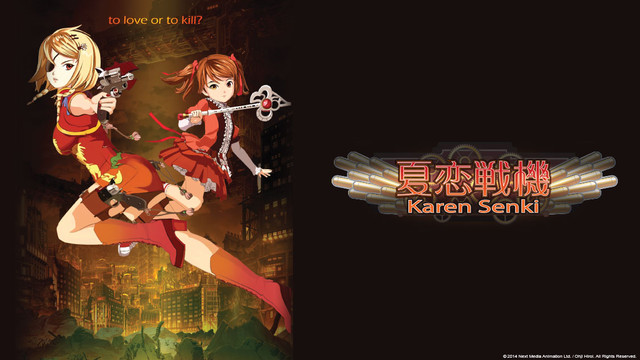 KAREN SENKI PREMIERES EXCLUSIVELY ON CRUNCHYROLL ON SEPTEMBER 27TH AT 8:00AM PST

Patrick Macias is editor in chief of Crunchyroll News and editor of Otaku USA magazine. He is also the author of the new Paranoia Girls webcomic.