Grab your bokken and get that pompadour styled--DELINQUENTS take the stage on this week's Fanart Friday! 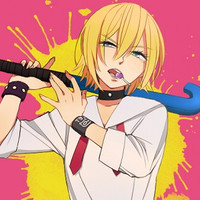 Fanart Friday returns, but it sucks how it's easier to look tough revving a motorcycle than it is to learn how to actually ride it. Last week, we celebrated the column's third birthday (there's still time to try and win that prize pack!), but this week, we're back to fresh content with a look at an anime and manga mainstay: DELINQUENTS! Now, when I say "delinquent," I'm generally referring to the bosozoku stereotype, but I've made a few exceptions even though some of you readers have very broad definitions as to what constitutes a delinquent.

Basically put, a delinquent doesn't take shit from anybody (and won't let their friends get pushed around, either), will fight at the drop of a hat, and the good ones have an unwavering sense of old-fashioned honor and justice. If they have a pompadour or regent hairstyle, even better! Now, let's get started! 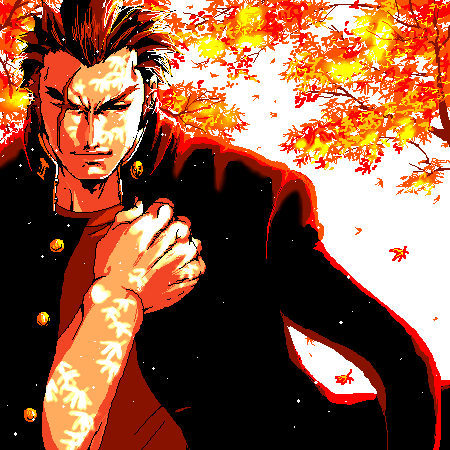 Let's start with a character who I consider the very model of delinquent look and style, Daigo Kazama from Project Justice! Tall, imposing, intimidating, and the strong, silent type--the perfect banchou, or boss! 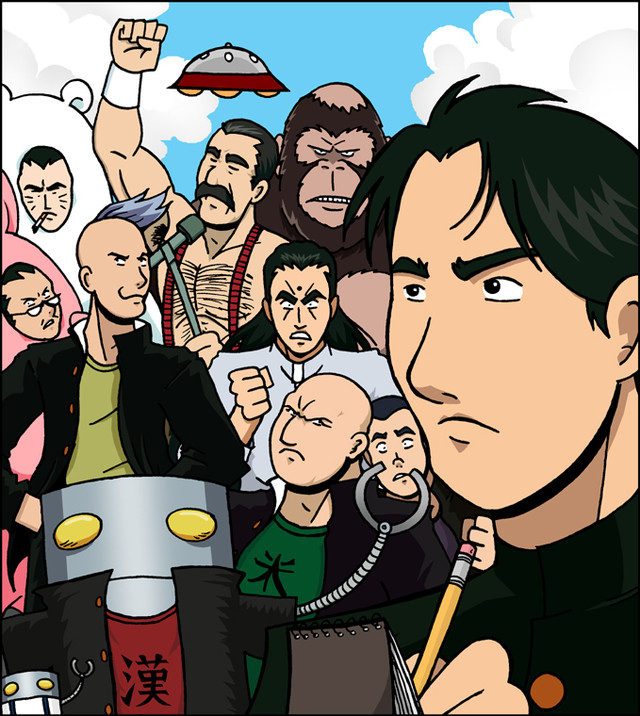 Many stories about delinquents deal with a crappy school, the kind where the delinquents roam freely and teachers hold no authority. Cromartie High School is... kind of like that. In addition to bona fide badasses like the Hospitalizer of Junior No. 3, Fireball of Junior No. 2, and... Maeda (just plain ol' Maeda, no nickname, although he did win a five-on-one fight), you also get Freddie Mercury, a gorilla, and a robot with a soothing voice. It's a silly place. 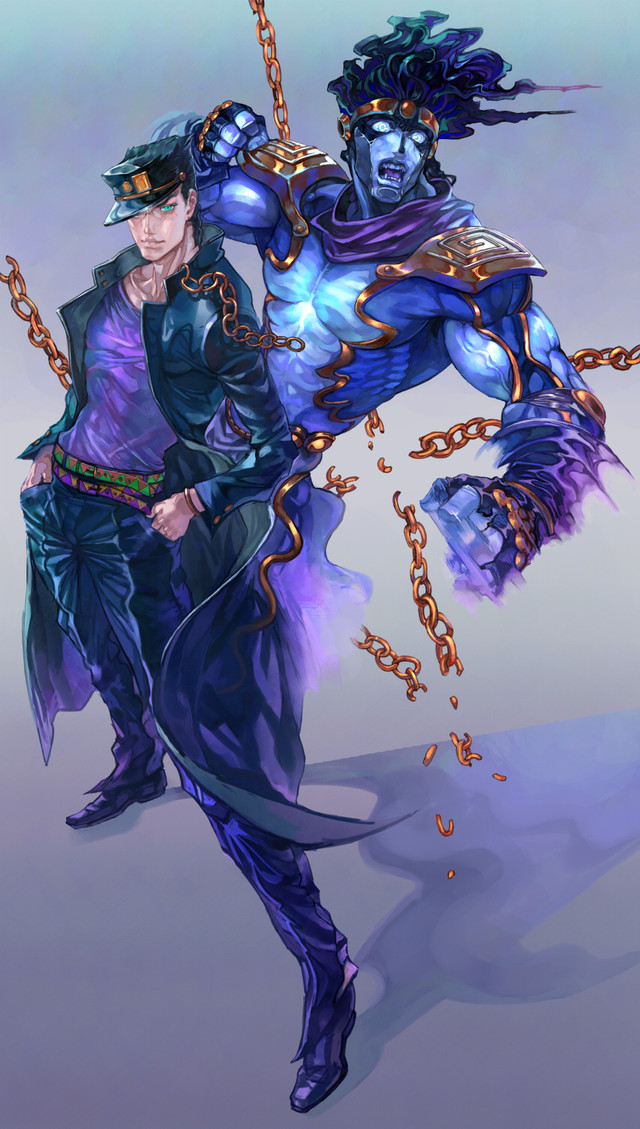 Few characters ooze pure delinquent style like Jotaro Kujo, so if you for some freak reason haven't checked out JoJo's Bizarre Adventure: Stardust Crusaders, get on it! The series is on break until January, so you have time to catch up! 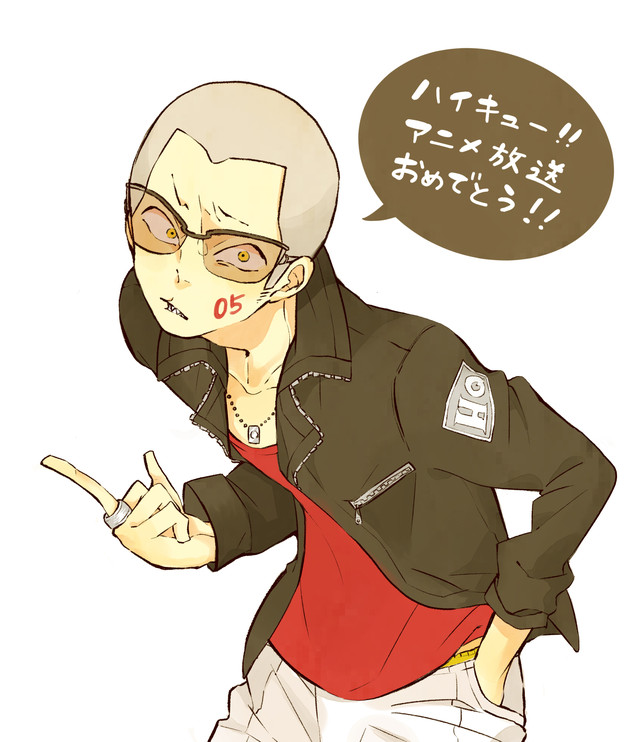 Of course, another option is Haikyu's Tanaka, who certainly looks and acts the part, even though he's just a dork with a crush on a girl who's way out of his league and he wants to appear cool. You can do that playing volleyball, dude, you're not fooling anyone. And yes, he is totally my favorite character in the series. 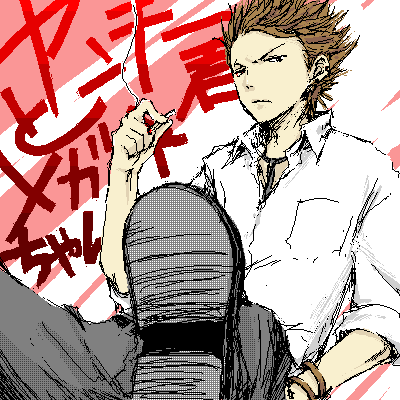 As mentioned in Cromartie, delinquents are a great source of comedy, so the sorta-sweet, sorta-goofy Yankee-kun to Megane-chan (which has an English title in Singapore: Flunk Punk Rumble) gets to flex main character Shinagawa's mental muscle as well as his actual muscles as he tries to help a former delinquent become class representative. 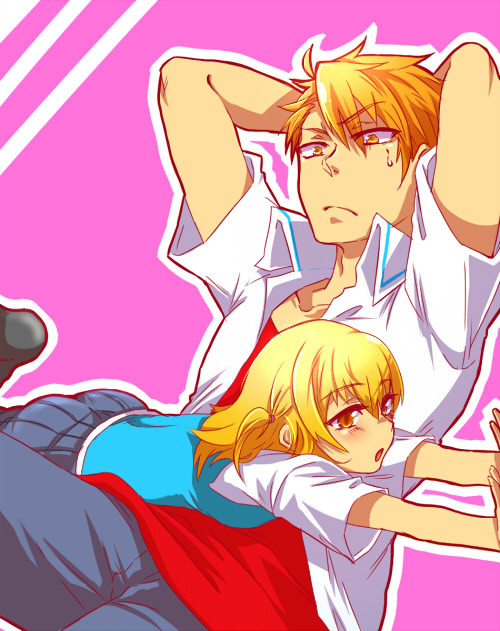 And now we... guys. D-FRAG. I hate you all so much. Okay, so in true D-FRAG fashion, Kenji is just a regular-ass guy who is not a delinquent, but just happens to look like one. I guess. I mean, he looks like a typical anime protagonist to me, but we'll get to a guy who actually looks the part in a bit. 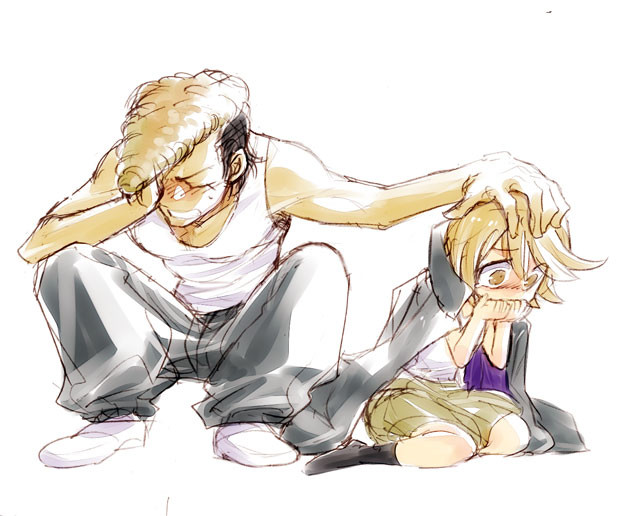 See, Danganronpa's Mondo Owada has the full package going--long coat, baggy pants, hilarious hair, put-on accent, and an obsession with motorcycles. And yet, despite being a walking stereotype, you can't but feel bad for him being stuck in that horrifying "game." 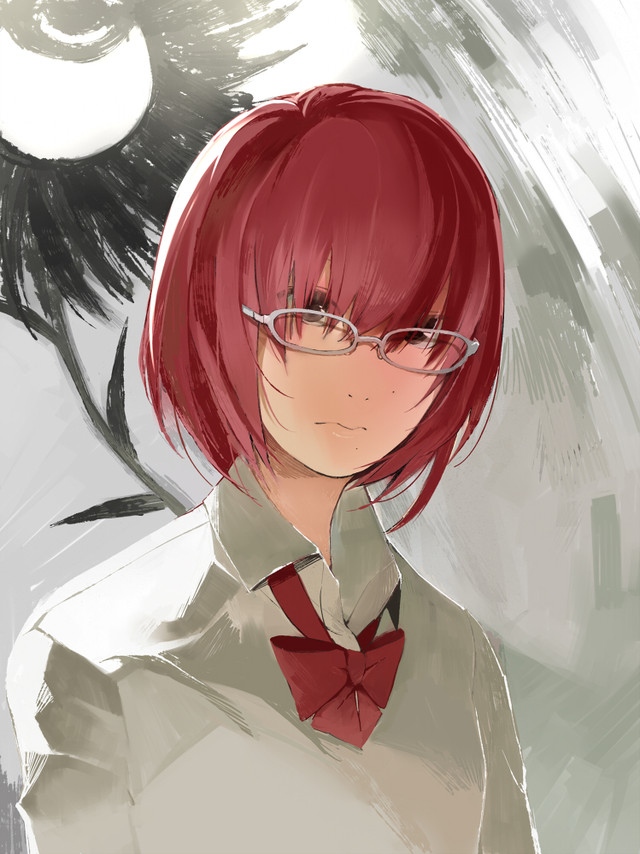 Flowers of Evil doesn't paint Nakagawa as a delinquent so much as she's a bully. I mean, as things go on she turns out to be quite the troublemaker, but this totally f**ked-up soul does fit the bill for "juvenile delinquent" in the classic sense. 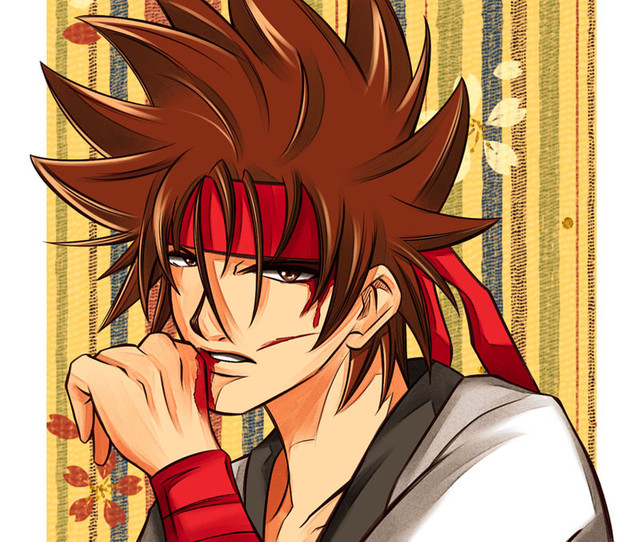 From his familiar Yuji Ueda growl to always wearing bandages to his open hapi, Sanosuke is very much the delinquent-type character of Rurouni Kenshin. C'mon, his special move is to punch things twice at once--how old-school rumbler can you get? 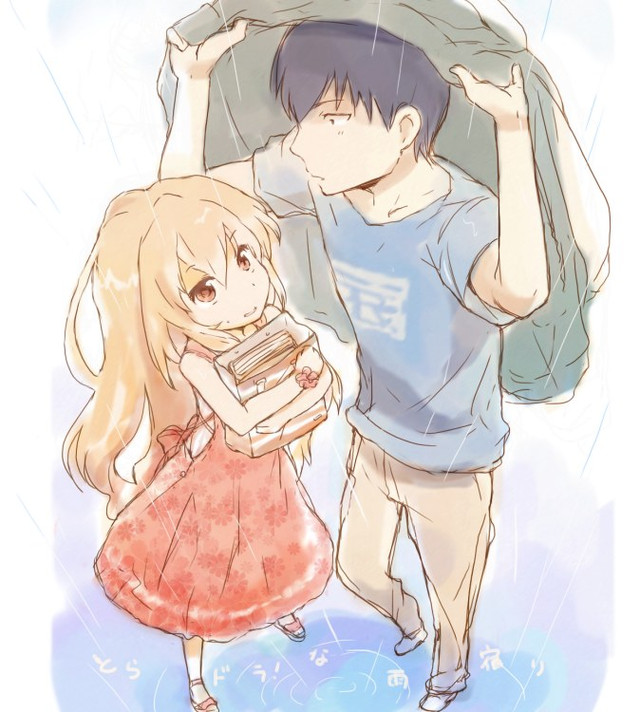 There he is! Now, I'll take issue with D-FRAG's Kenji being described as a delinquent, but in Toradora, Ryuji's body language does all the description for you, along with a natural, exasperated glare. 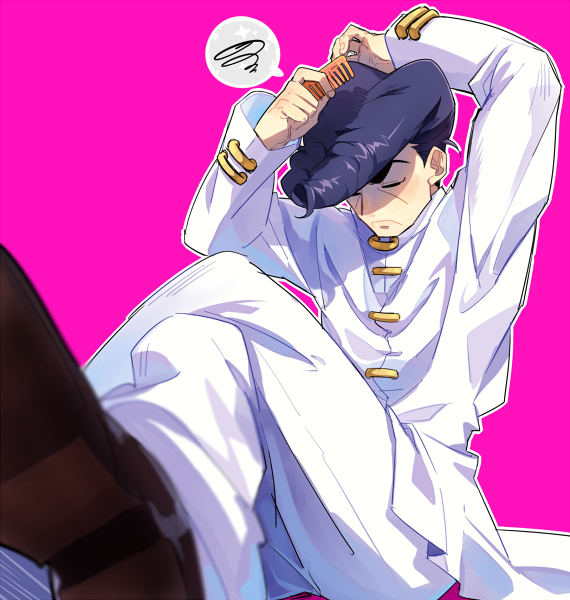 Knuckle Bine isn't even a delinquent (he's actually an incredibly talented and professional Hunter) but Hunter x Hunter has no room for punks who only know how to talk big. Knuckle is like the guy who comes in to work with a cowboy hat--he just likes the style. 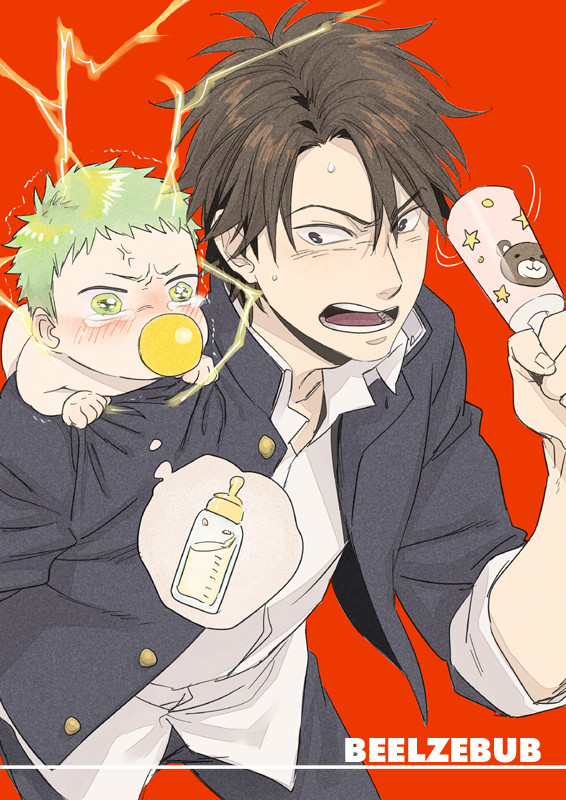 Beelzebub gives famed brawler Tatsumi Oga no rest, making him drop whatever he's doing (or whoever he happens to be roughing up) to take care of a very needy demon baby. What a weird concept for a show, right? Funny... but weird. 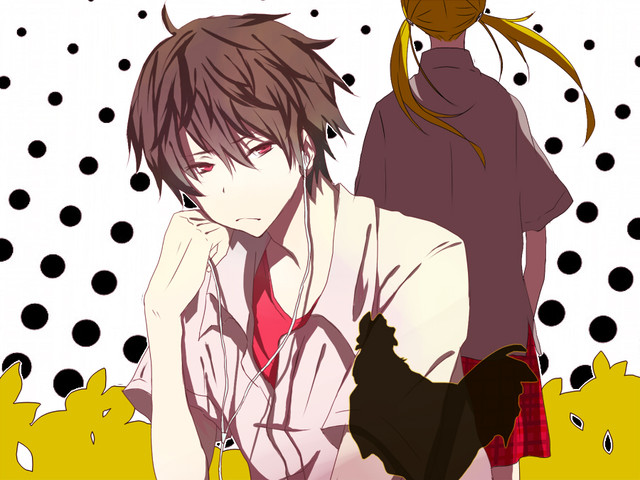 My Little Monster lets a more modern breed of delinquent--Haru--take the stage. He's been in some fights, he's caused some trouble, but he also has a more mature understanding of the kind of toll that life takes, and how it affects friendships and relationships. I want more of this series! 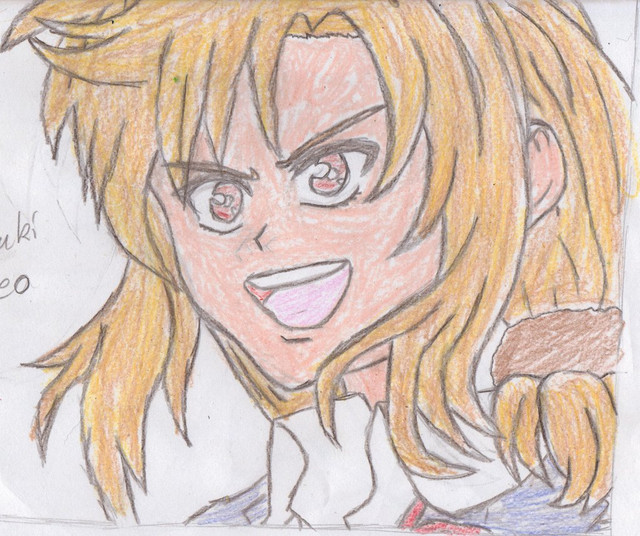 Okay, so I didn't get far enough into the excellent Monthly Girls' Nozaki-kun to meet Yuzuki Seo, but she's apparently a rough-and-tumble tomboy, which is a few steps shy of... 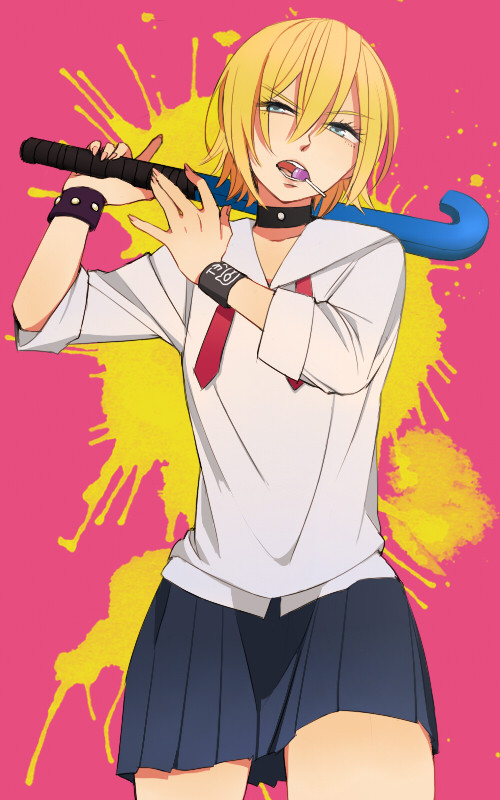 ...SKET Dance's Himeko, also known by her awesomely-earned title of Onihime (Demon Princess), and she will wreck your shit. She's feared and respected, even in other schools! 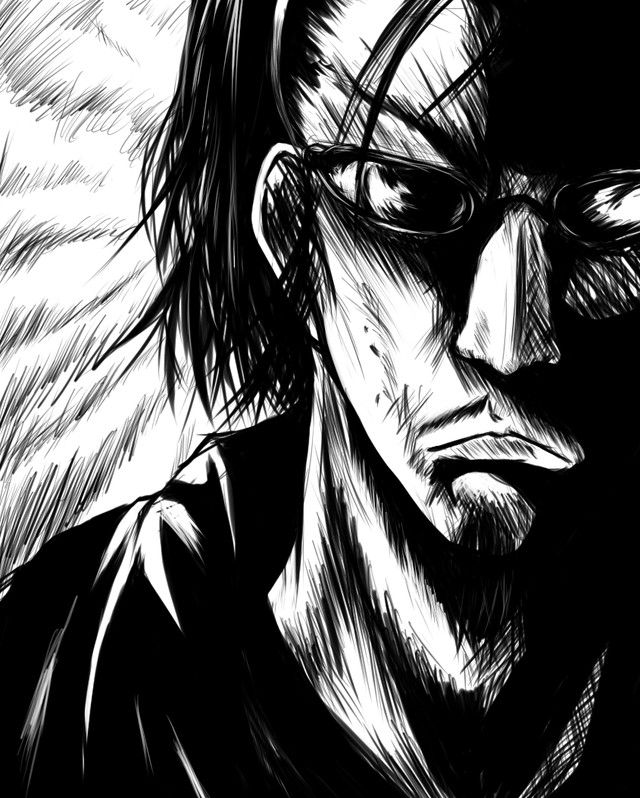 I've talked at length about how awesome School Rumble's Harima Kenji is, but I will never, ever get tired of the "Harry McKenzie" joke. Seriously, I see the character, think of the joke, and start giggling. 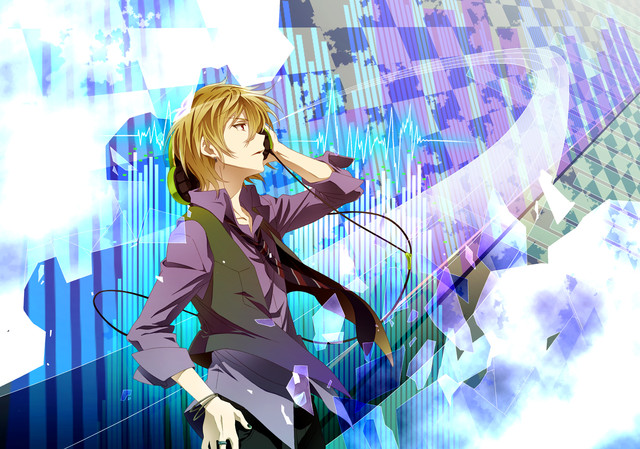 Man, modern delinquents are such babies compared to the old guard. I mean, Mahiro Fuwa kind of shows his tough side in Blast of Tempest, but he spends much more time reminiscing about creeping on his sister and being an overprotective brother. The hell is wrong with you, man? Yoshino's your friend and a good guy, don't be such an ass. 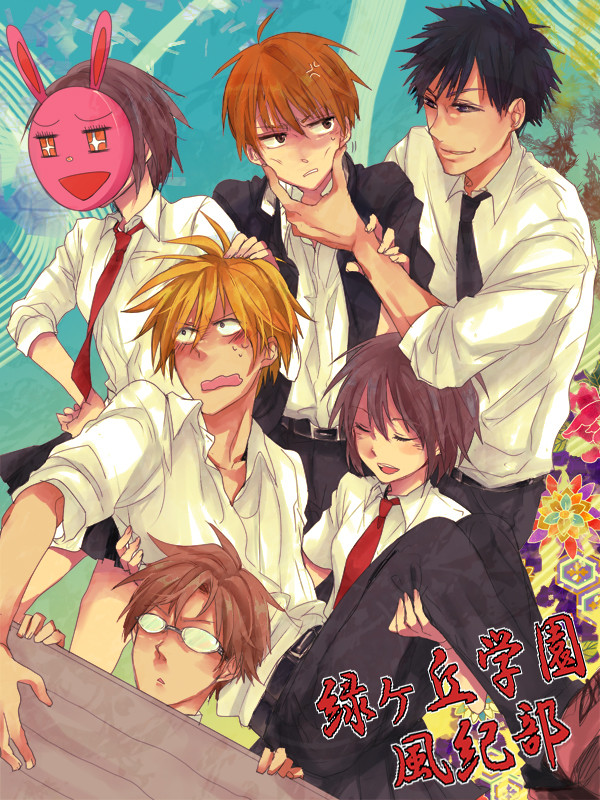 Why isn't there an anime for Oresama Teacher yet? There's pages and pages of fanart for a series that's still "just" a manga, so the money's there, the interest is there! 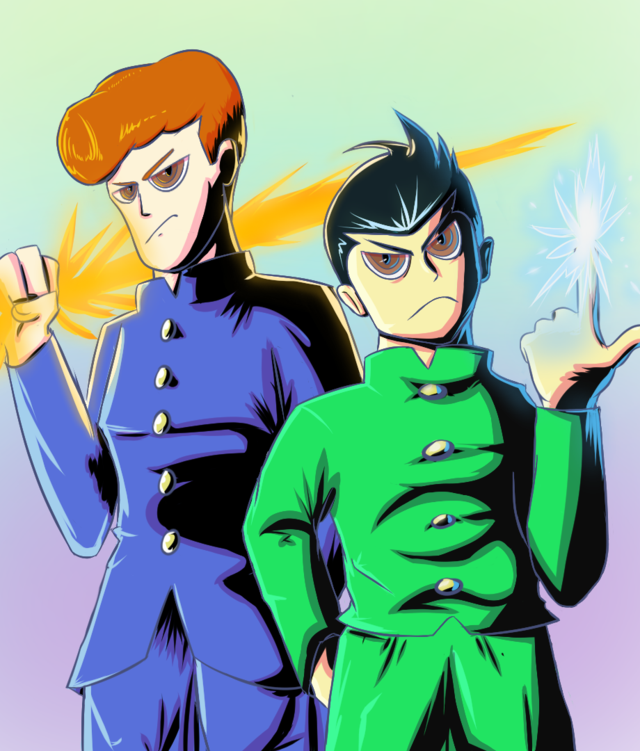 Sometimes, the best way to take on the bad guys... is with other bad guys! Delinquents fighting evil has long been a beloved trope, and two of the greatest are Yu Yu Hakusho leads Yusuke and Kuwabara! 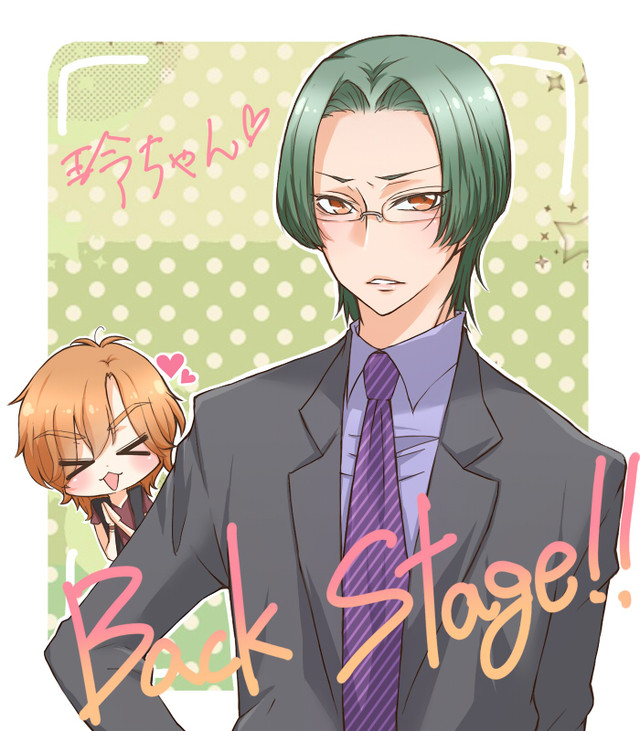 I'm always stunned by Love Stage's art, but I guess Rei Sagara counts... in the rich-boy delinquent sense. "Got into some fights as a kid" doesn't exactly make you a hardass, but hey, rich people see things differently, and causing any trouble in one's youth can label you as a delinquent.

The Seven Deadly Sins author Nakaba Suzuki's previous work, Kongou Banchou, had the right idea: give delinquents super powers, and have them fight it out in a massive tournament for the soul and future of Japan. 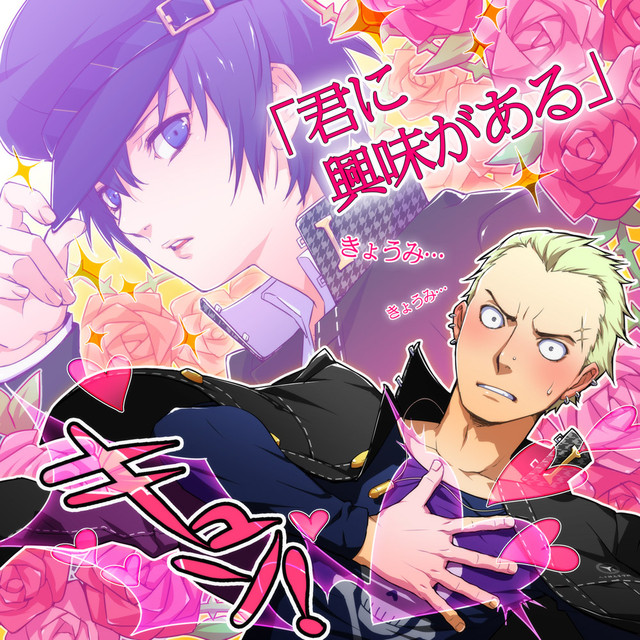 But really, the best modern delinquent who's able to mix the old with the new is Persona 4's Tatsumi Kanji. More often than not, a good delinquent character is motivated by love--cynics who hate everything suddenly have to soften up and learn to be people. 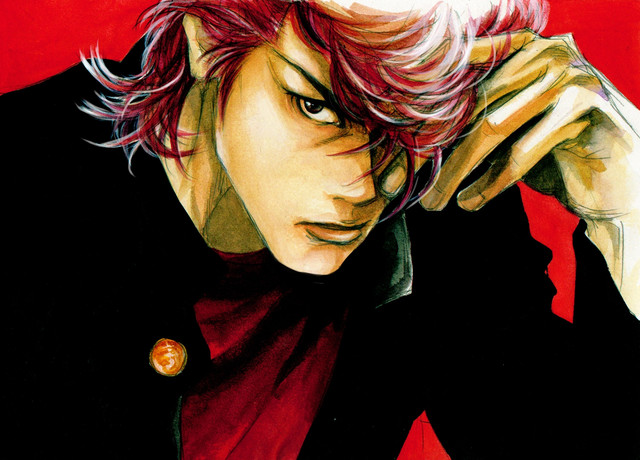 Slam Dunk epitomized this with Hanamichi Sakuragi, who had to grow from a cocky, all-or-nothing delinquent who talked a big game to a caring, team-playing hero who genuinely loved basketball and recognized where and how he could improve as a person. 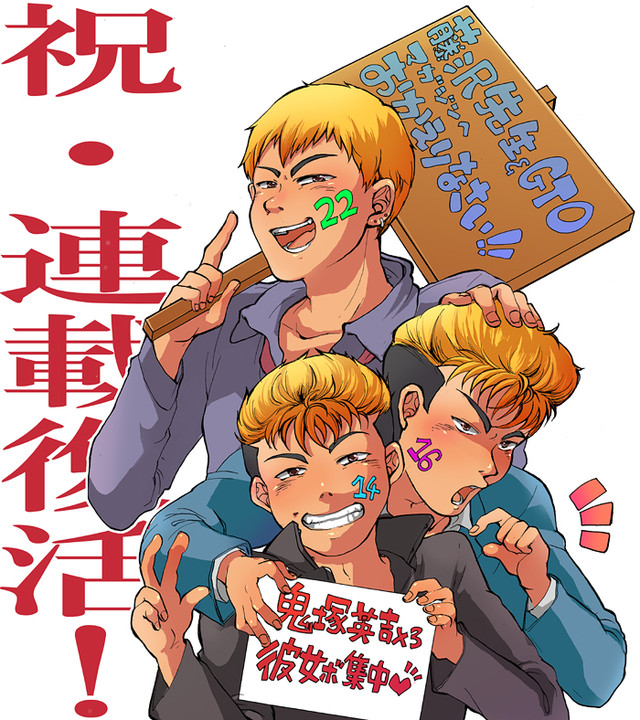 For me, though, the greatest delinquent story of all time belongs to Eikichi Onizuka. Shonan Junai Gumi started off as a goofy comedy about two delinquents looking for love, but eventually took on more serious stories, and dealt with how being tough doesn't necessarily make you a man. Even entering adult life, Onizuka had to deal with modern problem students in GTO, but solved them the way a two-fisted, bona fide badass would: fearlessness and heart. 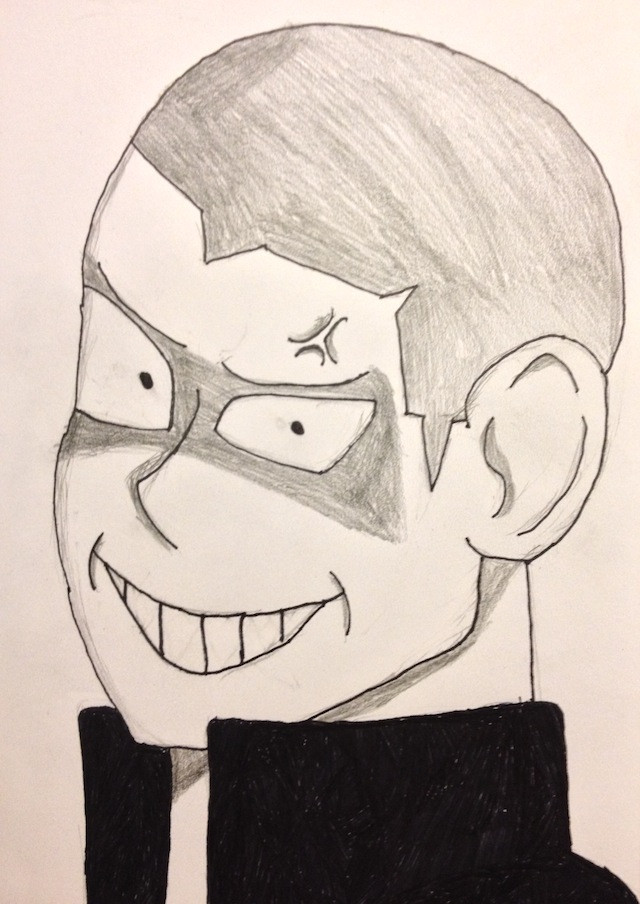 Actually, that was a little too serious of a note to end on--delinquents are hilarious! So let's end with Haikyu's Tanaka acting tough again, mean-mugging us like it's going out of style (it did).

And that's everything for this week! There's no way I could have included every delinquent (and I even had to leave out CROWS and WORST, two of my favorites), so sound off in the comments and let us know who your favorite rough riders are!

Like I say every week, your fanart is always welcome here. Just PM me a link to your work (full URL, please), and I'll be sure to include it in a future installment! Here are the next three themes for Fanart Friday:

-Next week, on OCTOBER 3rd, we're playing with all items on as we celebrate the latest release of the SUPER SMASH BROS. series! THIS IS THE ONLY THEME I'M TAKING REQUESTS FOR THIS WEEK!

-Then, on OCTOBER 10th, I realize that 10/10 isn't really a holiday, but it's as good a time as any to take a look at some of our favorite TWINS!

-On OCTOBER 17th, we celebrate the life, the legend, the voice: NORIO WAKAMOTO! The man with the exceptionally badass voice takes the spotlight!

I'd also like to point you guys to the most recent ICAWT Podcast (rather NSFW), where I was a special guest, and we talked about gaming, GamerGate, tipping, and more! Give ICAWT a Like on Facebook and check out the rest of their casts! Thanks again for coming to check out Fanart Friday! Have a great weekend, and I hope you come by again next week!