FEATURE: Fanart Friday - The Monster That is Man Edition

Ghosts and ghouls are for next week--it's all HUMAN HORRORS on this week's Fanart Friday! 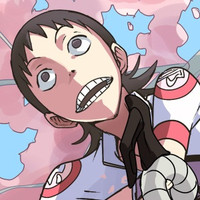 Fanart Friday returns, not falling into the usual horror movie trap--give 'im another and make sure he's down. Last week, we celebrated the living legend that is Norio Wakamoto, but this week, we get started on Halloween prep with a theme I like to call THE MONSTER THAT IS MAN! Monsters and demons and supernatural threats are pretty creepy, but there's just something that's worse about a regular person who's willing to throw away their humanity.

I almost put Sufjan Stevens' "John Wayne Gacy Jr." here, but decided not to. It's a beautiful song, but a bit too real for this column about fictional scary people.

While there are a few characters with powers (of a sort) in this installment, I actually tried hard to keep it specifically in the realm of normal(ish) people who just happen to be absolutely terrifying. Let's get started! 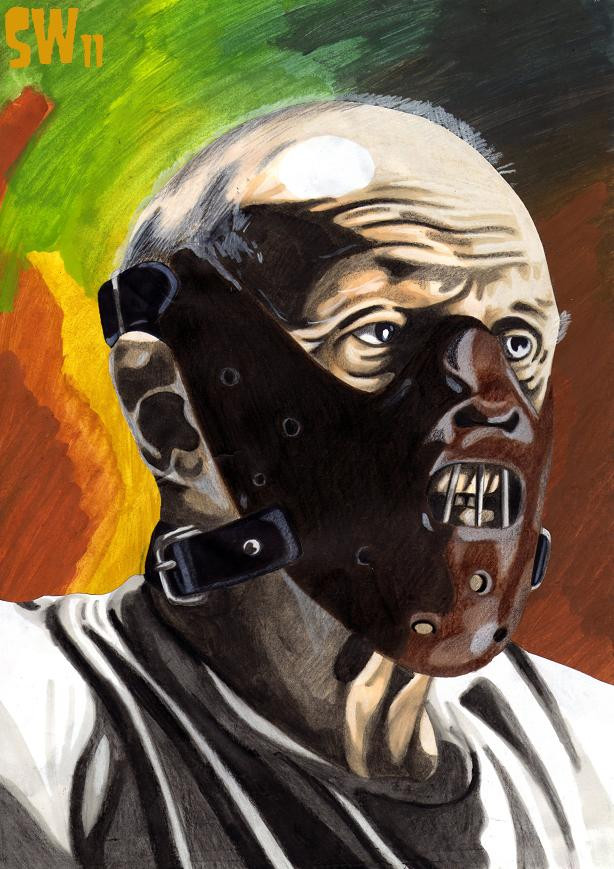 Let's just jump right into it with some fava beans, a nice chianti, and some stir-fried Ray Liotta brain--Hannibal Lecter exemplifies this theme completely, and he doesn't even do all that much damage in the movies he's in. The TV series, on the other hand... 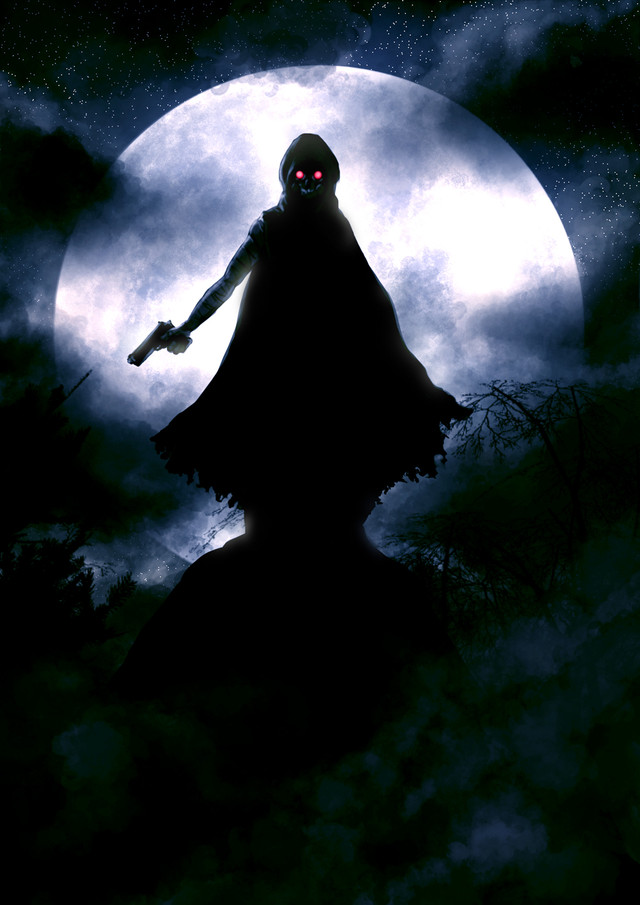 Sword Art Online made a big point of how dying in-game meant dying in the real world, and the Laughing Coffin Guild (and later, Death Gun here) show just how a few messed-up people can ruin everybody else's fun. 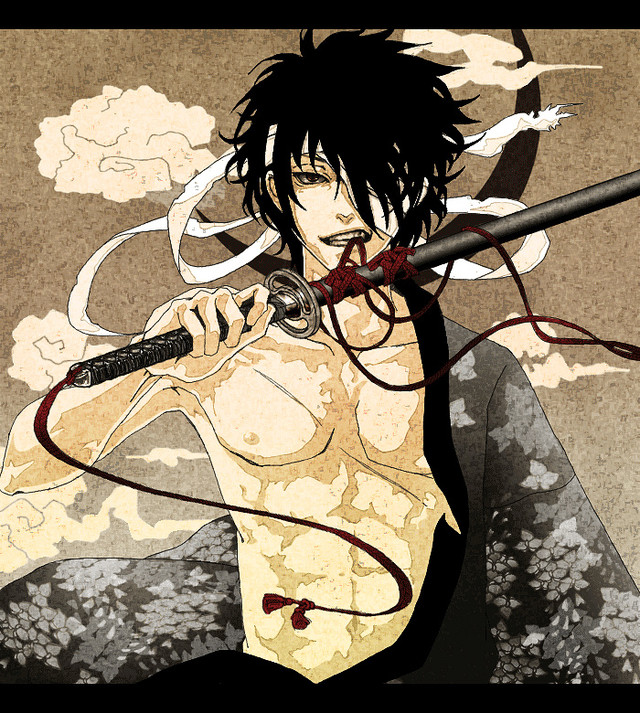 Gintama's Takasugi Shinsuke has constantly been propped up as the series' final boss, but we haven't seen him do all that much--we just know he's absolutely terrifying and is willing to kill millions to achieve his goals, all while believing he's in the right. 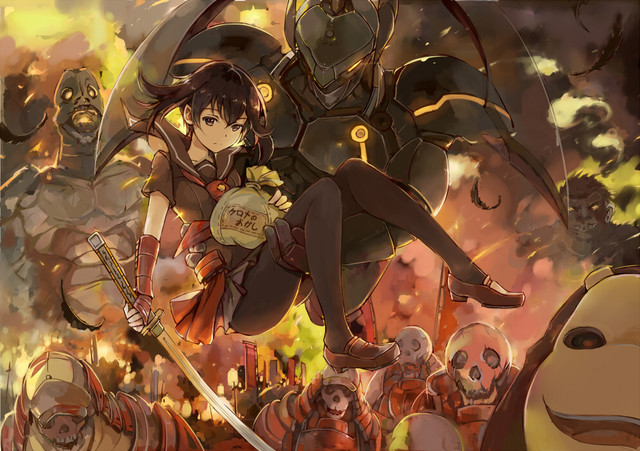 It's not always the bad guys who are total monsters--Akame ga Kill's heroes will mercilessly tear their way through the opposition, and not just 'cause they have to! The more I watch of this series, the more I realize that it's basically Flame of Recca + Berserk. 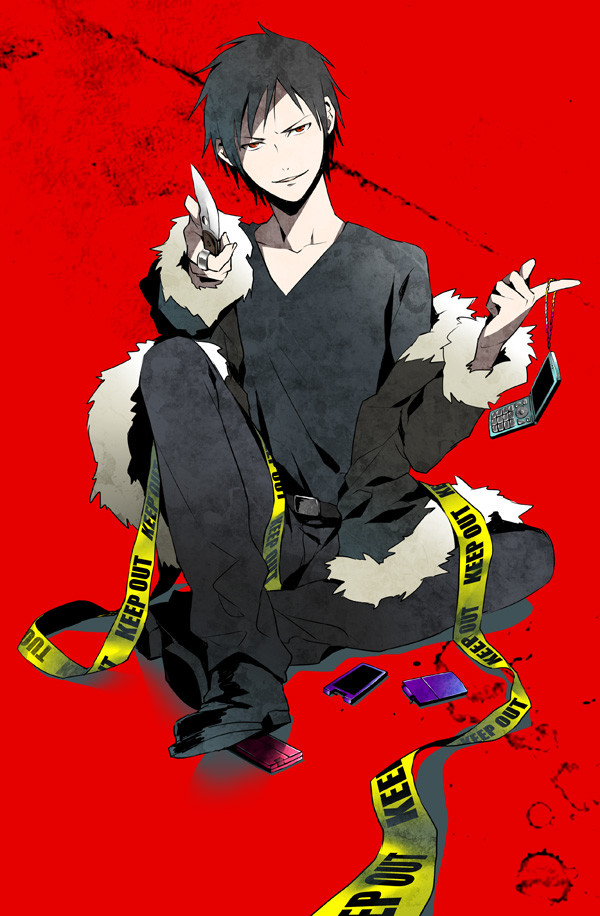 Although yeah, it's usually bad guys who shock us with just how far they'll go, like Durarara's Izaya Orihara. His weird board game obsession keeps him from stabbing people, I guess? 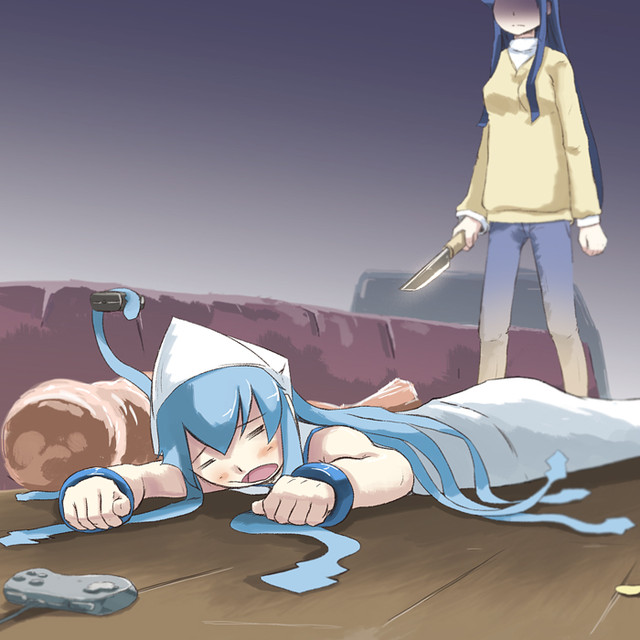 On the other hand, I'm amazed that Squid Girl's Chizuru has held out as long as she has. That's not even contained madness, she's an open threat just waiting for somebody to set her off. Somebody like... a certain invader from the sea/freeloader. 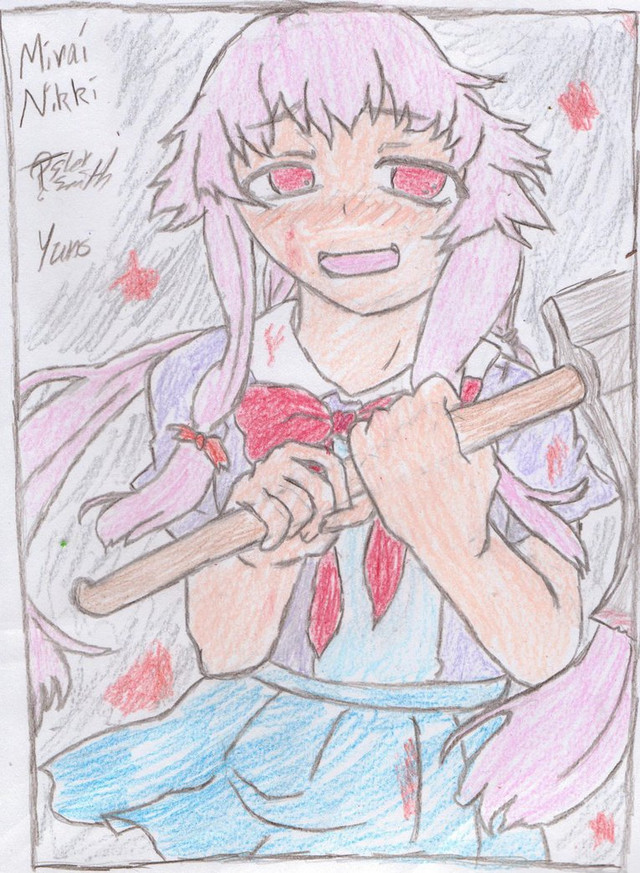 Oh, Yuno Gasai. I know we have the live-action version of Future Diary, and I'm genuinely curious as to just how well it depicts the manga and anime's sheer insanity. 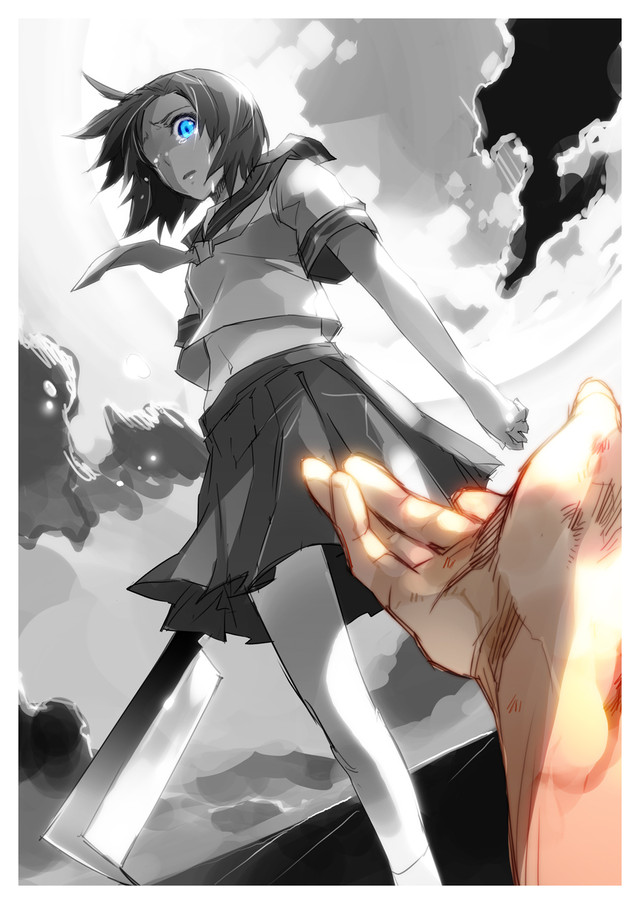 Then there's Higurashi, which I initially dismissed as another slice-of-life/cute-girls-doing-cute-things moe parade. I saw a friend watching an episode and very quickly changed my opinion of it when I saw somebody standing in a disheveled room with blood all over the walls. Fun! 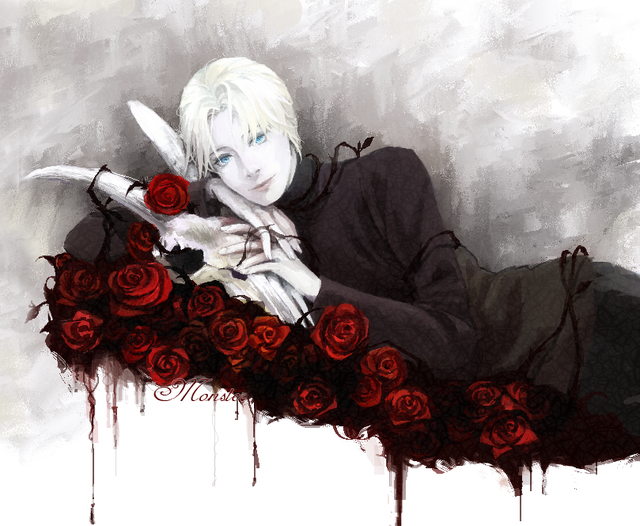 Johan Liebert really lives up to his title-character status in Monster. I don't even need to come up with anything sarcastic or silly--Johan's a horrifying force of nature who has zero sympathy, and while you want to see him stopped, a part of you (well, a part of me) just wanted to see what he'd do next. 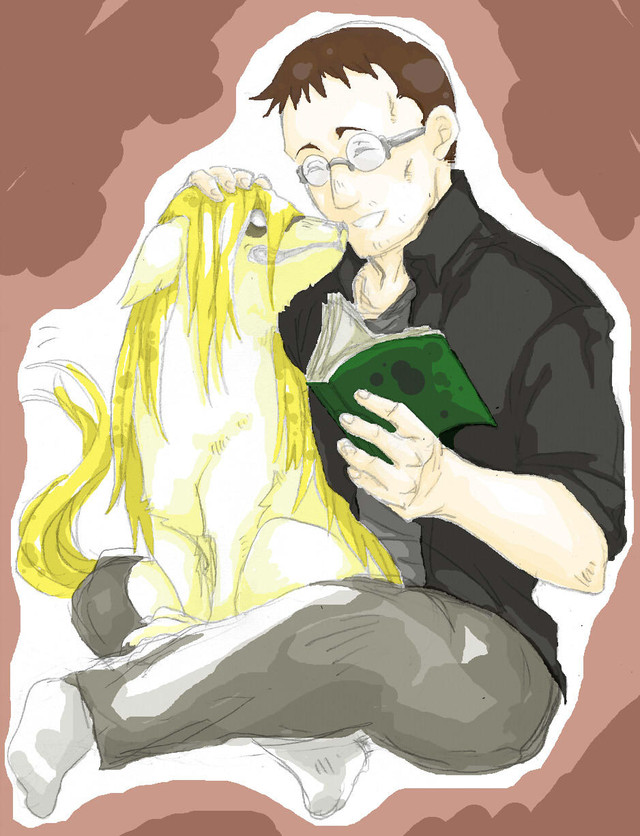 THIS MOTHERF**KER, on the other hand... Shou Tucker was introduced in Fullmetal Alchemist as a timid, overworked State Alchemist who was rushing to meet a deadline to keep his State Alchemist license. The things he'd do to keep his license, his title, his money... well, it's right there in the picture. 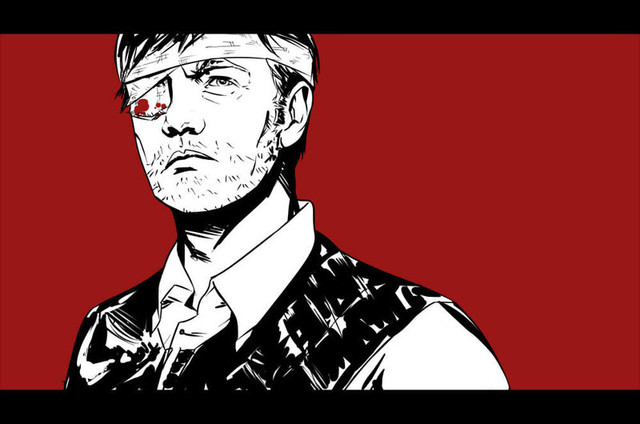 It's so incredibly badass to see The Walking Dead's TV version of The Governor in the style of the comic's art! Fun story: my parents were looking for something new to watch, and I recommended The Walking Dead around the time season two was done. Several years later, I've dropped the show and only read the comic in massive (depressing) chunks, but my mom is the biggest Walking Dead fangirl I've ever met. 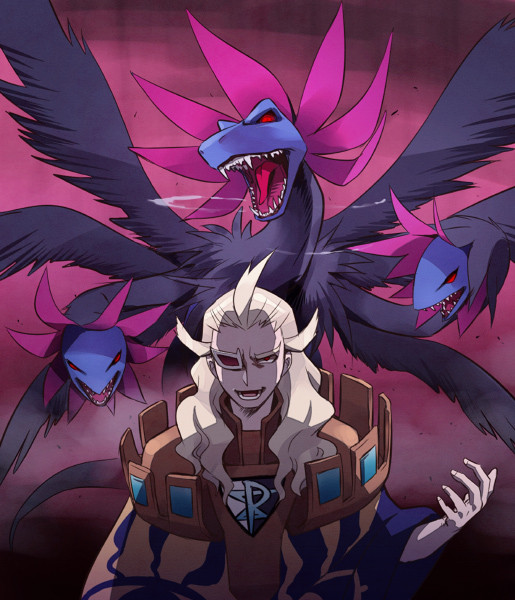 Ghetsis... see, the thing about him was that I was certainly bothered by Team Plasma's plans, but a part of me wanted to just drop all the Pokemon-battling nonsense and tell my Reshiram to step on him. There is no redemption for somebody this crazy, and that's saying something for a Pokemon villain. 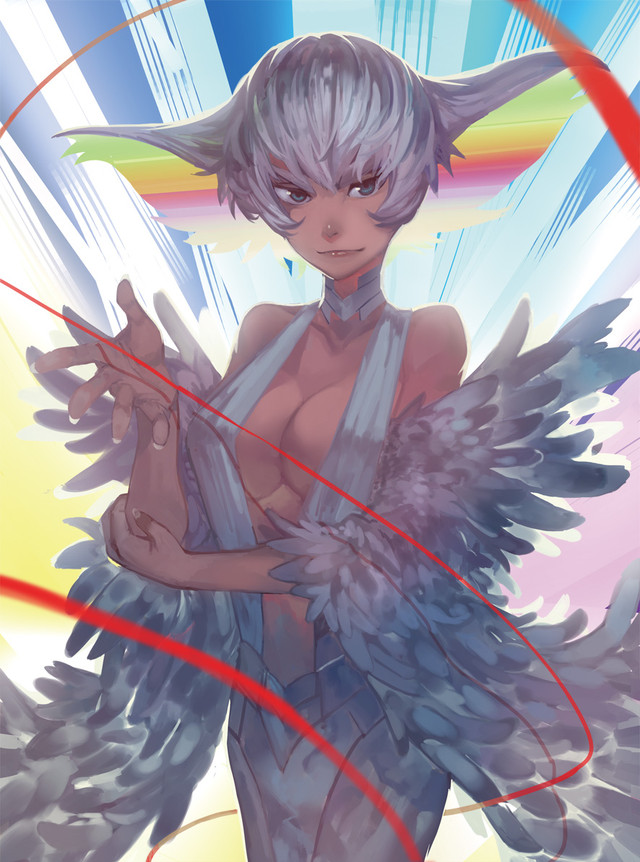 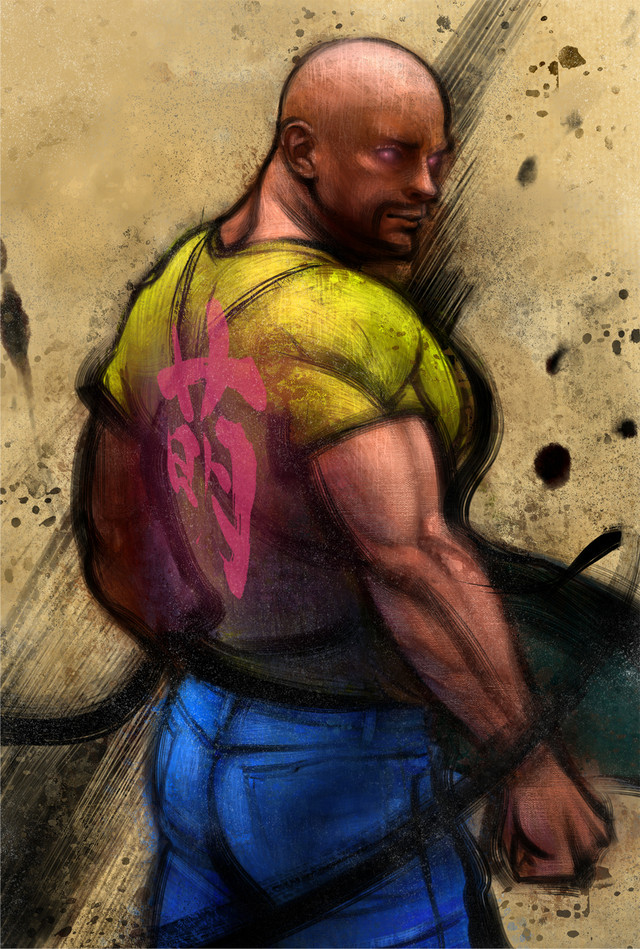 Mr. Braun's looking like Luke Cage here, but the whole "Yugo Tennoji is a bad guy" thing goes both ways. I don't think he really intended to destroy lives in Steins;Gate, and he felt remorse for his actions, but it doesn't completely excuse him. Those of you more familiar with the game (as I've only watched the anime and played a small chunk of the game) can chip in and explain more about him! 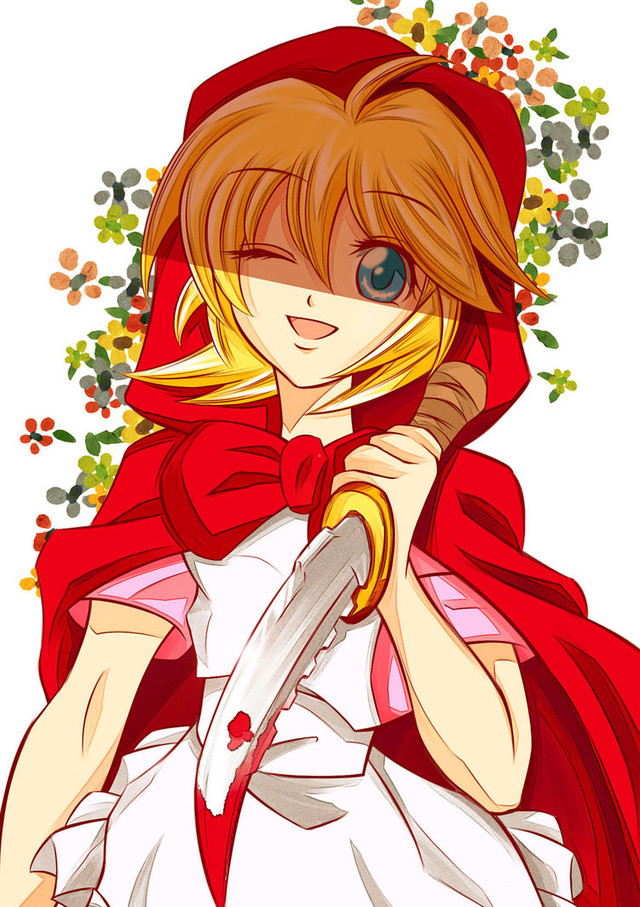 B.B. Hood, on the other hand, shows no remorse, no pity, no mercy, and when she has no bullets, she's more than happy to whip out a knife. The whole Cromartie High "badass bunny" speech applies to her--when I initially saw the cast for Darkstalkers 3/Vampire Savior, I knew she was going to be a lot more deadly than she appeared. 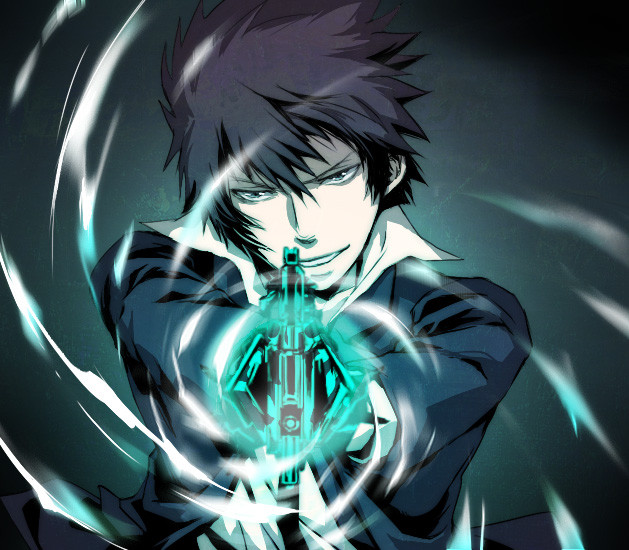 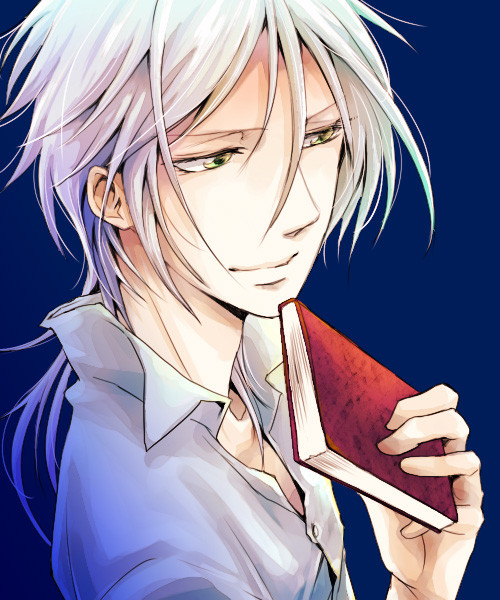 Whether you're the law or you're a criminal, Psycho-Pass is not a place for the weak-willed. Kogami's a gigantic badass, but he's also a ruthless killer who does precisely what he has to do, and Makishima is just an out-and-out lunatic. 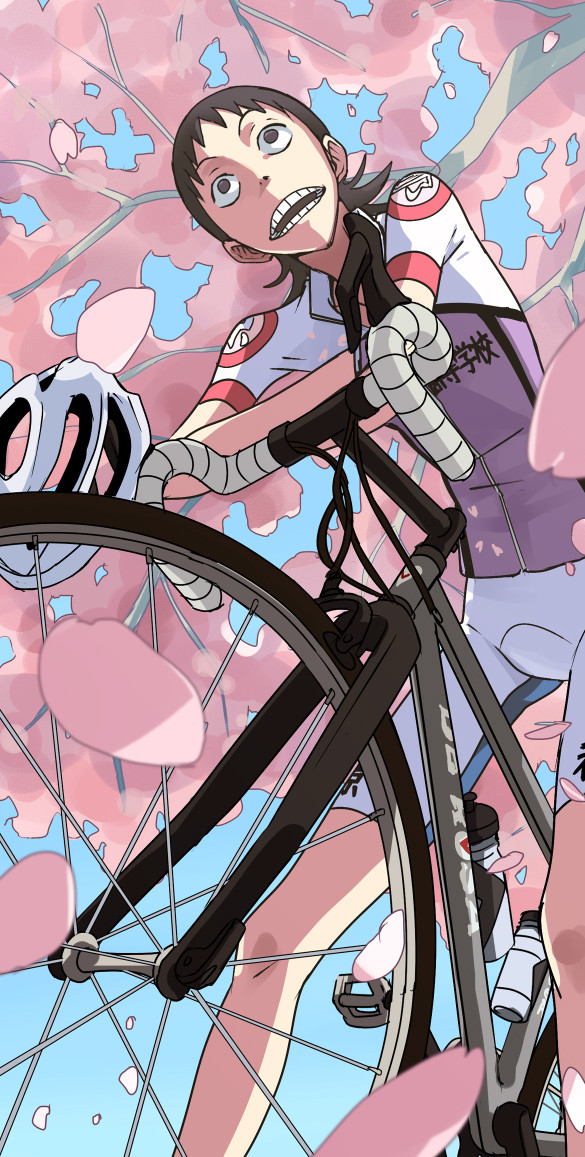 Seriously, there's always a character like this in every sports anime! Dude, Midousuji, you're racing bikes, you don't need to be this murderous, Machiavellian madman! Yowapeda got another season, you have to make sure everybody lives! 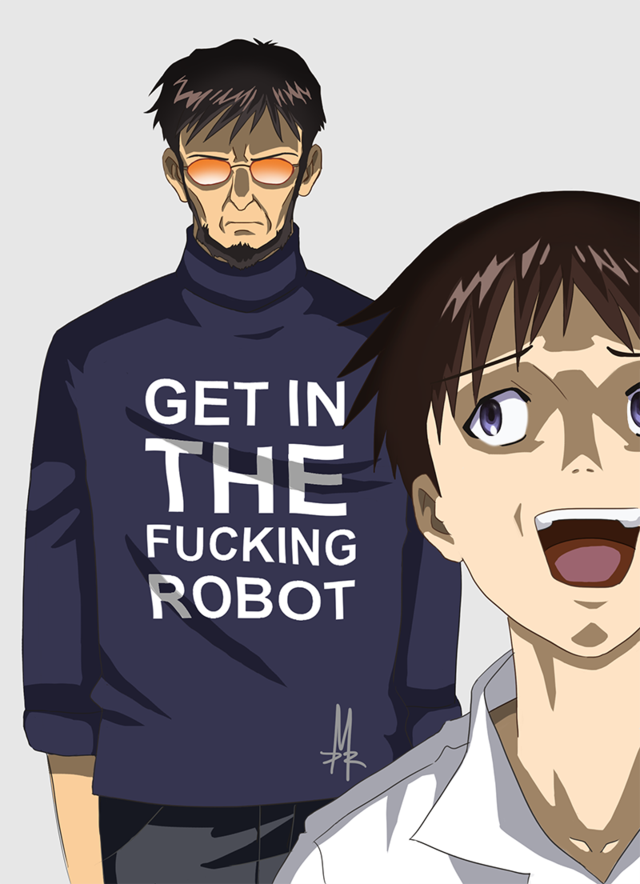 Yeah, Shinji, get in the robot! It's not like your dad is one of the worst parents I've ever seen in anime, much less the worst person in all of Evangelion by a long shot! 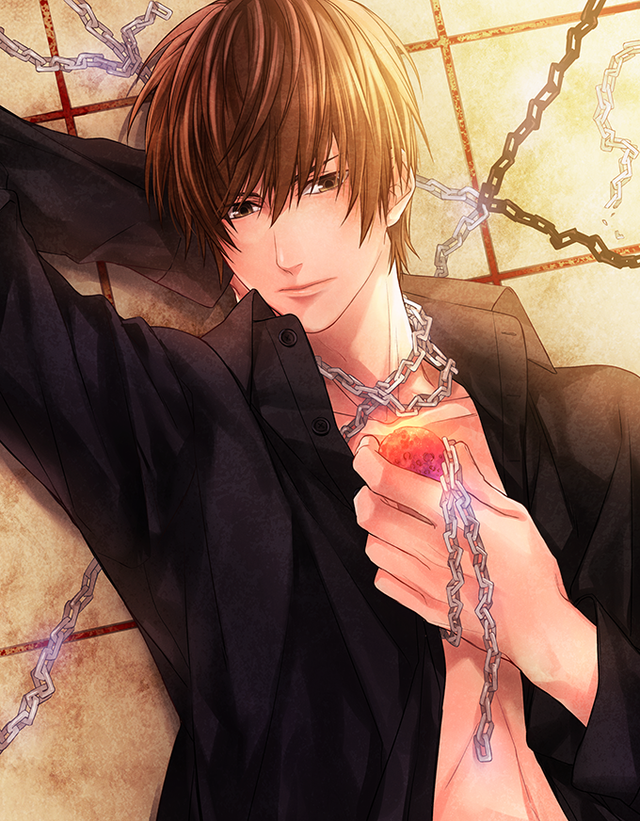 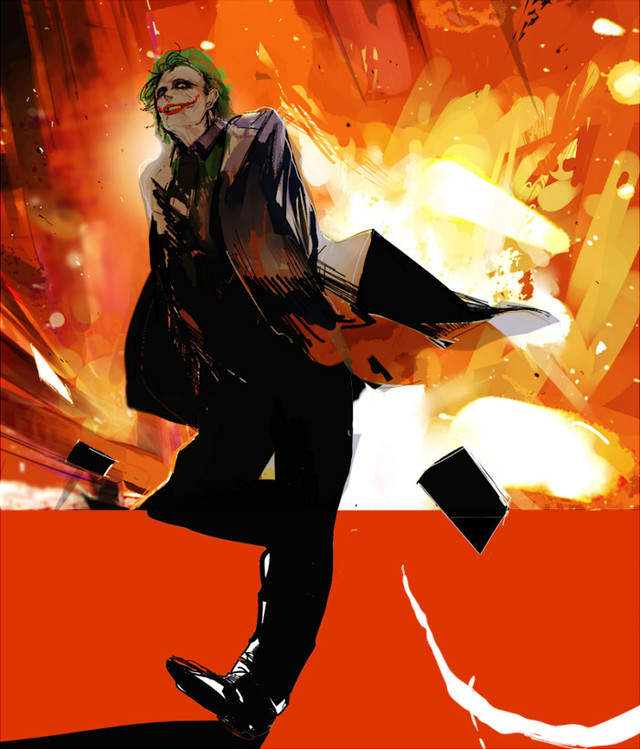 It really says something when an unapologetic madman who literally kills for laughs is one of the most popular and enduring characters in a 75-year-old franchise. The Joker so perfectly exemplifies the idea of "the monster that is man" by showing exactly what we'd become if we all just stopped giving a crap, or in his words, what "one bad day" can do. I actually kinda hate the Joker, but I absolutely love well-written Joker stories.

One of the popular requests for this week was School Days' Makoto Ito, but I already used a pretty good pic of him for Plain as Folk Edition. It was actually kinda tough going through his Pixiv tag to find one of him that I really liked. Truth be told, because he has such a generic character design, it's tough just finding artwork for him in general. 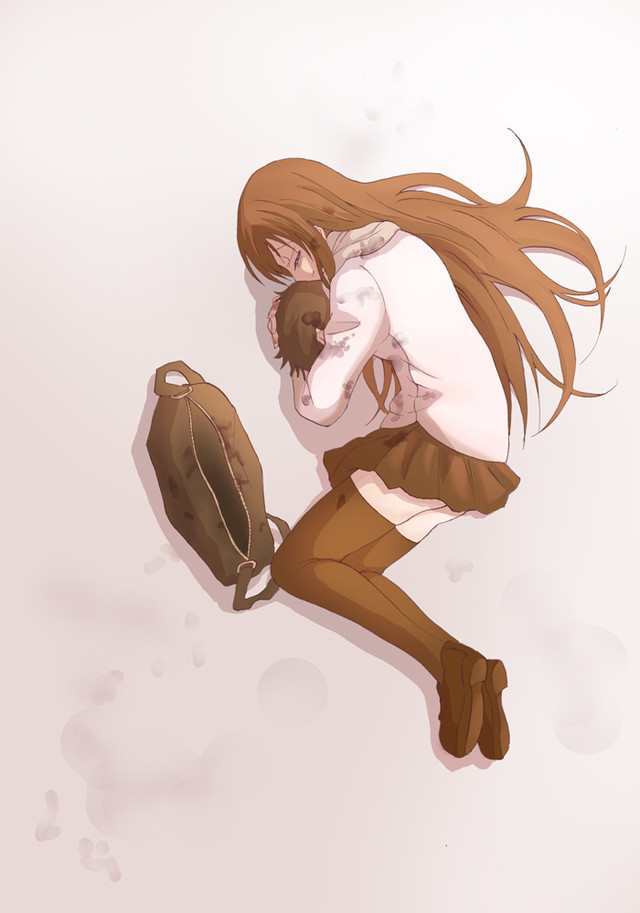 Oh, thanks, Kotonoha--you found him! Well, part of him.

And on that hilariously dark note, that's everything for this week! Who are your favorite only-technically-human characters? There's no way I could have included everybody--sound off in the comments and let us know!

Like I say every week, your work is always welcome here on Fanart Friday, regardless of your skill level or experience. Just PM me a link to your work (full URL, please) and we'll be sure to include it in a future installment! Here are the next three themes for Fanart Friday:

-Next week, on OCTOBER 31st, we celebrate Halloween with ACTUAL MONSTERS! Demons, ghosts, vampires, abominations of patched-together flesh--everybody and everything is welcome! THIS IS THE ONLY THEME I'M TAKING REQUESTS FOR THIS WEEK!

-Then, on NOVEMBER 7th, we take a look at what's probably the most influential animation studio on Earth--DISNEY! But if I regularly use Disney songs for other Fanart Fridays, what am I gonna use for an actual Disney installment?

-On NOVEMBER 14th, I'm taking over the column in preparation for my own birthday on November 19th (because it's my column and no one can stop me) with, uh... I DON'T KNOW WHAT! This is gonna be fun.

Thanks for coming by to check out Fanart Friday! Have a great weekend, and I hope you drop by again next week!