FEATURE: Fanart Friday - It's Not Like I Want You to Read This Edition

We start a month-long CHARACTER ARCHETYPES theme with the beloved TSUNDERE type! 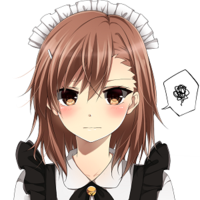 Fanart Friday returns, and it's opposite day--if I'm mean to you, it means I like you. Last week, we got to say farewell to some dearly departed characters, but this week we're starting a month-long CHARACTER ARCHETYPES theme, beginning with the very, very popular TSUNDERE!

"Tsundere" comes from the terms "tsun tsun" (meaning to turn away in disgust) and "dere dere" (meaning to become affectionate or loving)--a tsundere character starts out hostile and borderline rude, but eventually comes around and shows their true feelings, usually a real emotional warmth. There's more to it, though, and we'll talk about that in this installment--let's get started!

DISCLAIMER: None of the art presented is the property of myself or Crunchyroll. All characters and series are tm and © their respective creators and corporate owners. All art is the creative property of their respective artists. Any artists who wish to have their work removed from this article may contact me, and appropriate action will be immediately taken. 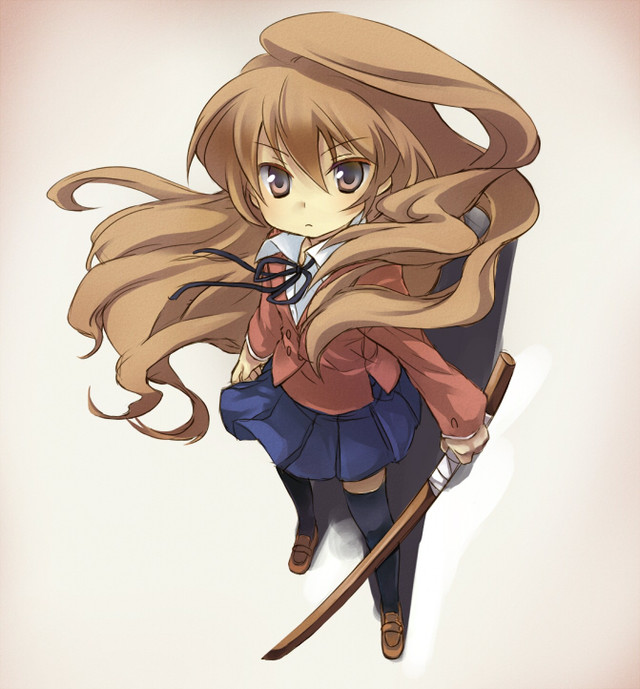 Let's start with an almost-archetypal tsundere, Toradora's very own Taiga! She's a little spitfire who's strict and not particularly nice at first, but she eventually warms up to Ryuji. 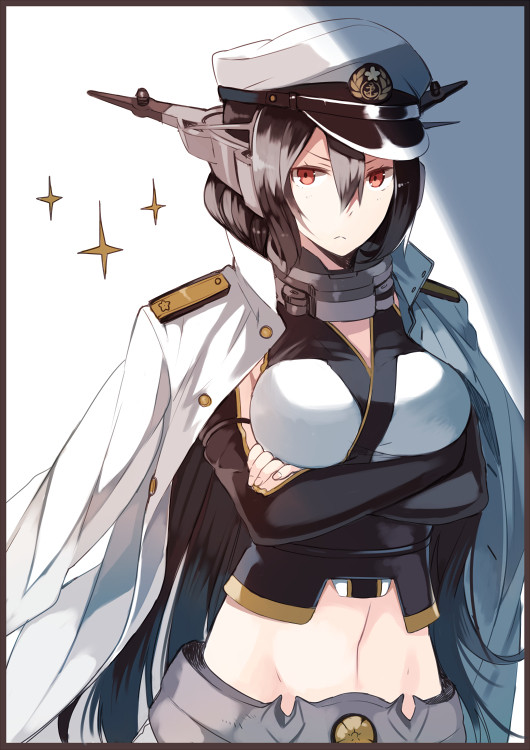 And of course, with the massive media juggernaut that is KanColle, you almost have to have a tsundere mixed into the fleet. I guess that's where Nagato comes in? 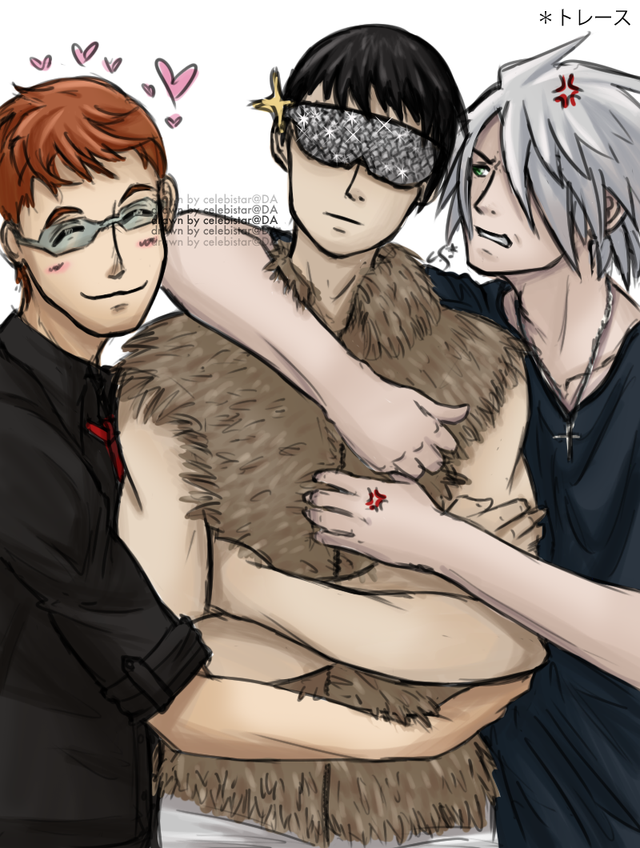 Granted, not all tsundere are combative or mean, sometimes they're just not particularly social? 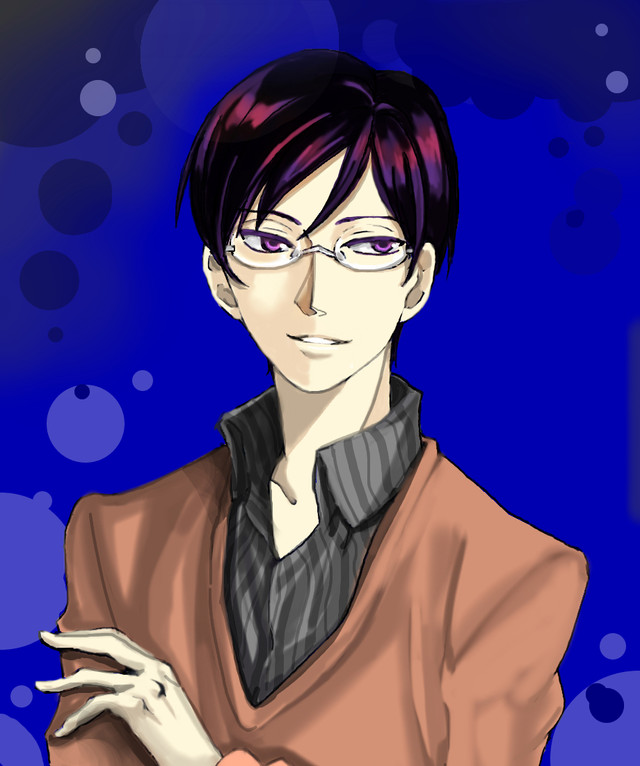 Or maybe they just have a slight issue with their personality, like the terrifying (yet still very likeable) Kyoya from the Ouran High School Host Club. 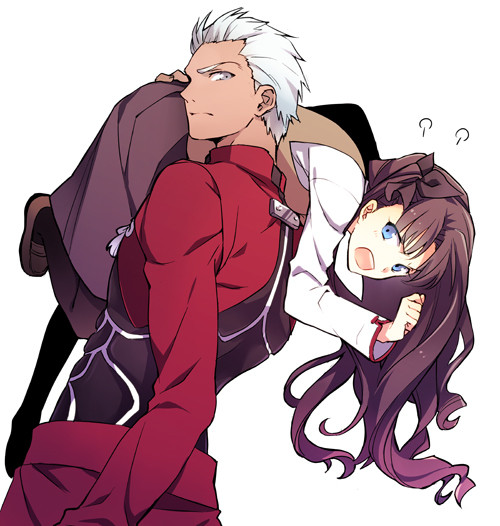 It's not like a tsundere character needs a big, strong man (or woman) to sweep them off their feet--part of their particular attitude comes from the fact that they're dependable and capable, but just tend to view others as a nuisance. Ain't that right, Rin (even if Fate/Stay-night is kind of her show right now)? 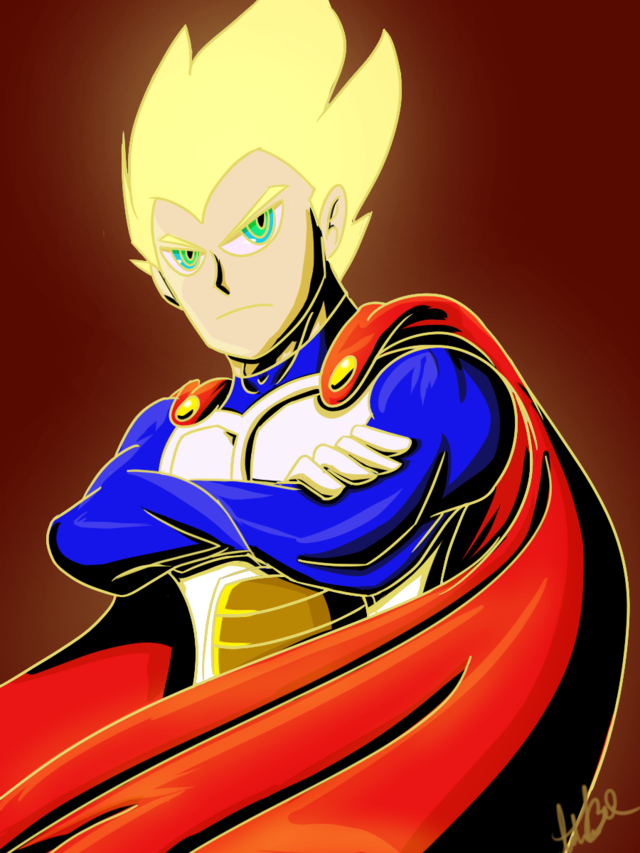 Yes, welcome to "Prince King Vegeta's Fantasy Hour," where he gets to imagine lording over everybody who so much as looks at him. Kinda funny how Vegeta was always my favorite Dragonball Z character as a kid, but now I'm not as big on the tsundere type. 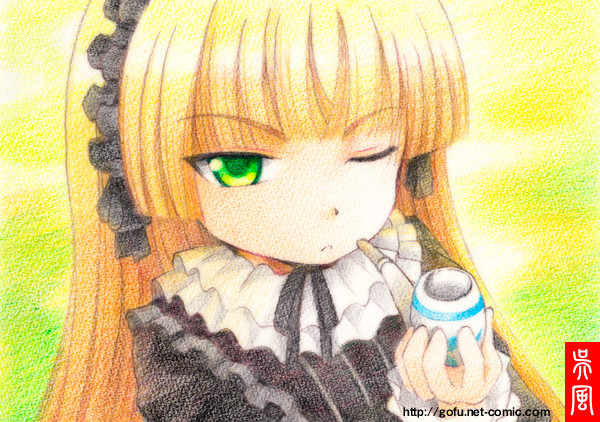 Of course, there are always exceptions, like GOSICK's adorably brainy Victorique... 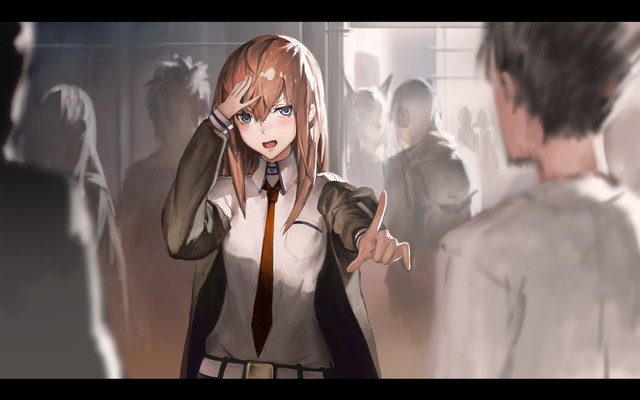 ...or the adorably-brainy-in-a-different-way Makise Kurisu from Steins;Gate. Keep your Dr. Pepper handy to keep her in a good mood. 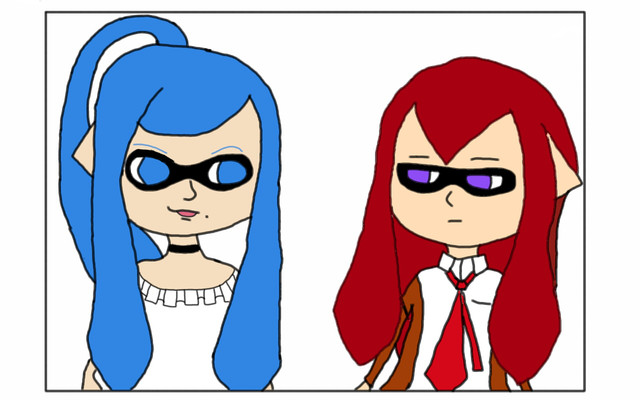 Koda89 is on the same page as a lot of Splatoon players in immediately identifying female Inklings as "kinda tsun," so redesigning two of his favorite tsundere characters (Takao from Arpeggio of Blue Steel and the aforementioned Makise Kurisu) only makes sense. 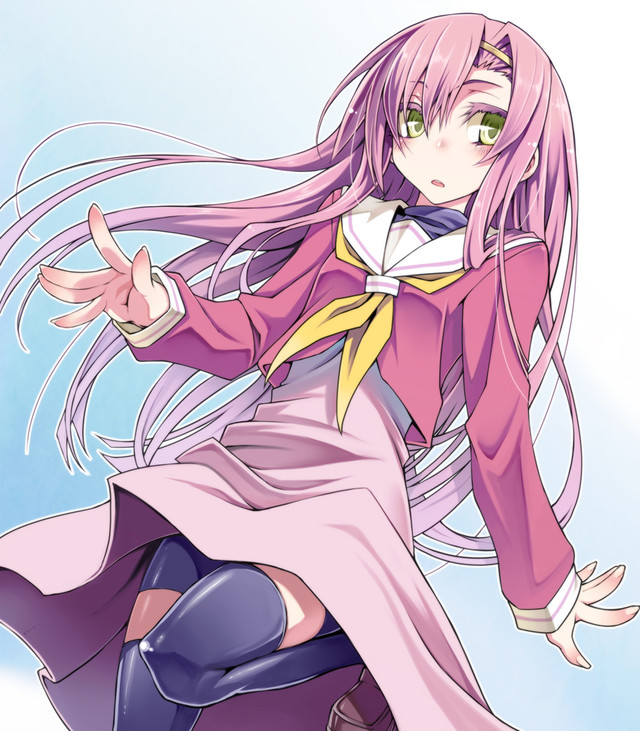 A tsundere character can make for a good long-term love interest just for the end goal of getting them to warm up, like Hayate the Combat Butler's Hinagiku... 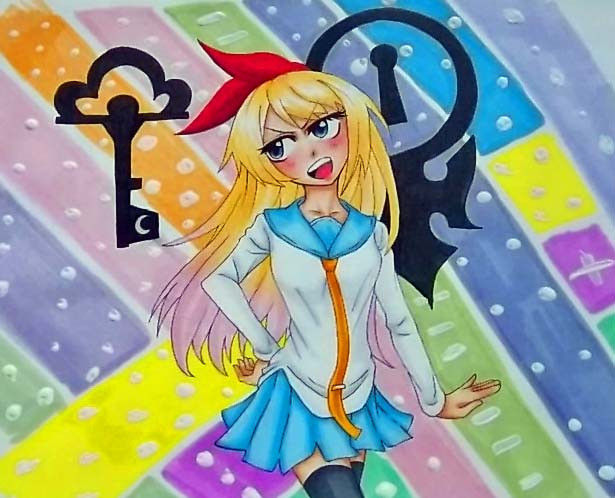 ...or going more recent, Nisekoi's Chitoge, who we at Crunchyroll have scientifically proven is "best girl." 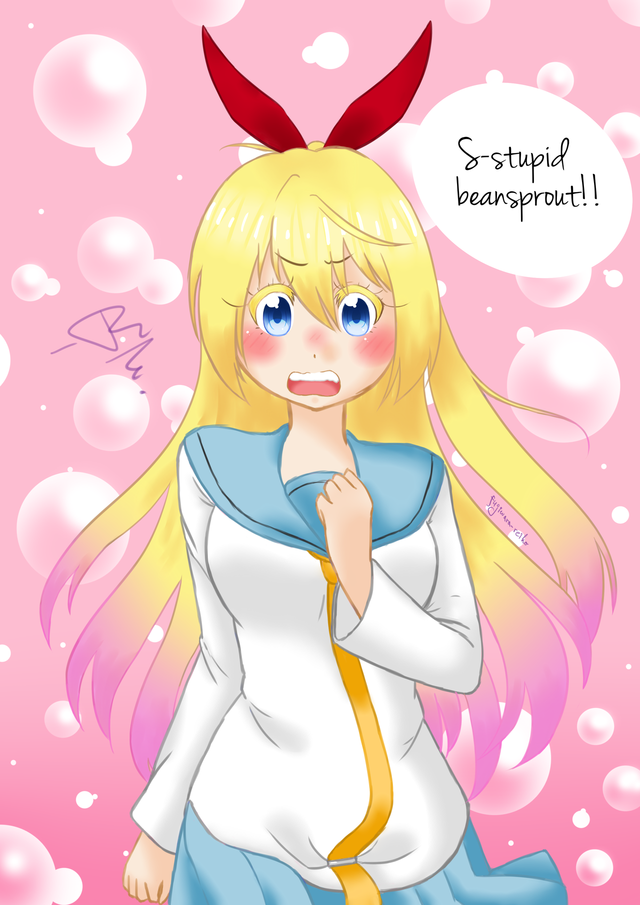 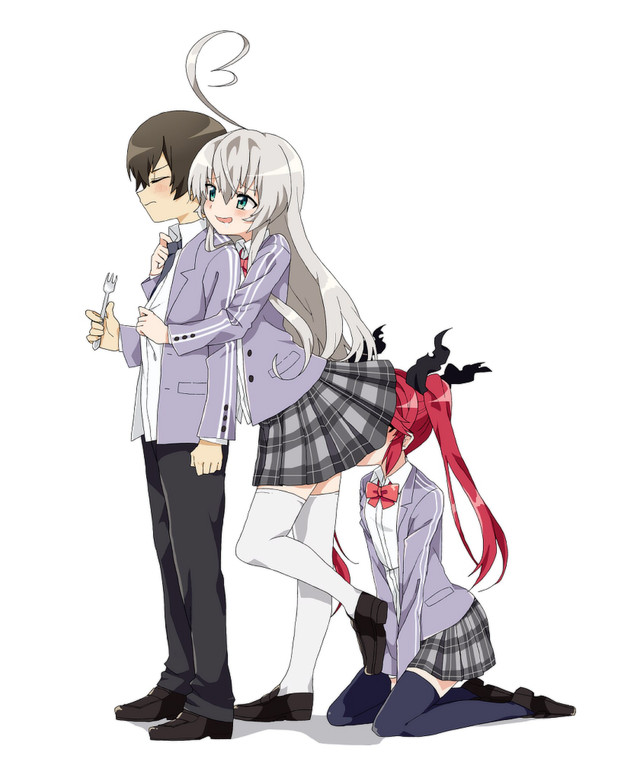 It's not always "the girl" in romcom titles that gets to be tsundere--I haven't seen Nyarko-san, so I was pretty surprised to find out that Mahiro was "the guy." 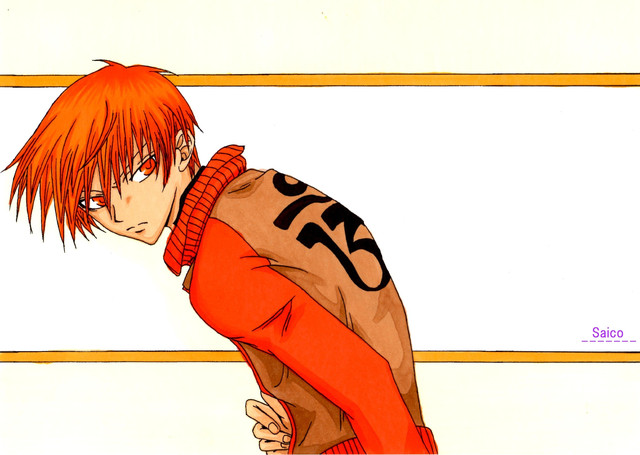 Real talk, guys: I'm eventually going to run out of fanart for Fruits Basket. I know it's awesome and Kyo is totally super freaking tsundere, but there just isn't as much fanart being made for it these days. Fun fact: Fruits Basket director Akitaro Daichi's hotel room was right next to Miles' and mine at ACen! 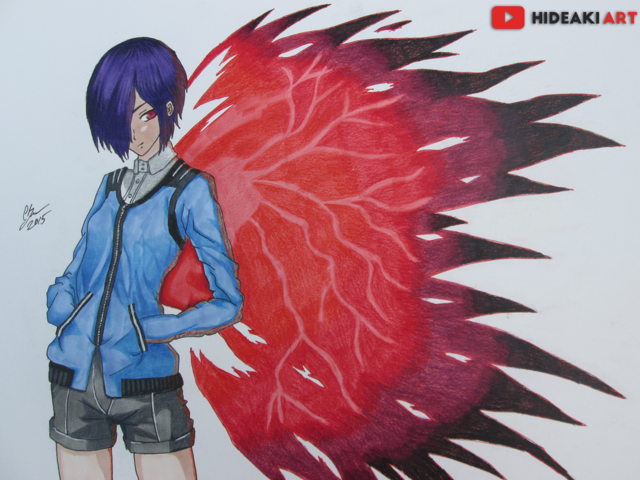 Random fact: Tokyo Ghoul's Touka is afraid of birds. I don't really blame her: birds are weird. Birds are assholes. This is fact. 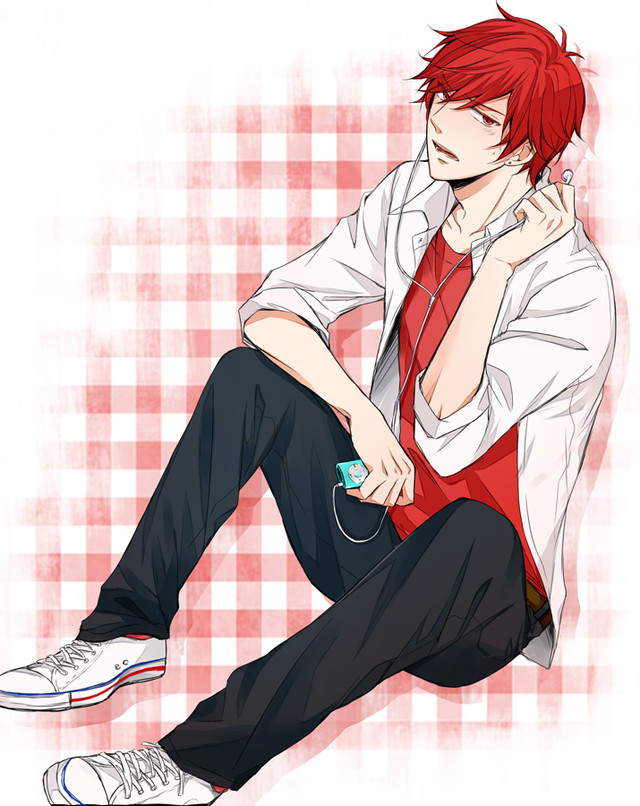 I almost argued that Nozaki-kun's Mikorin isn't very tsun, but I had to watch a couple episodes to double-check. I ended up watching the entire series again, and I don't regret it. 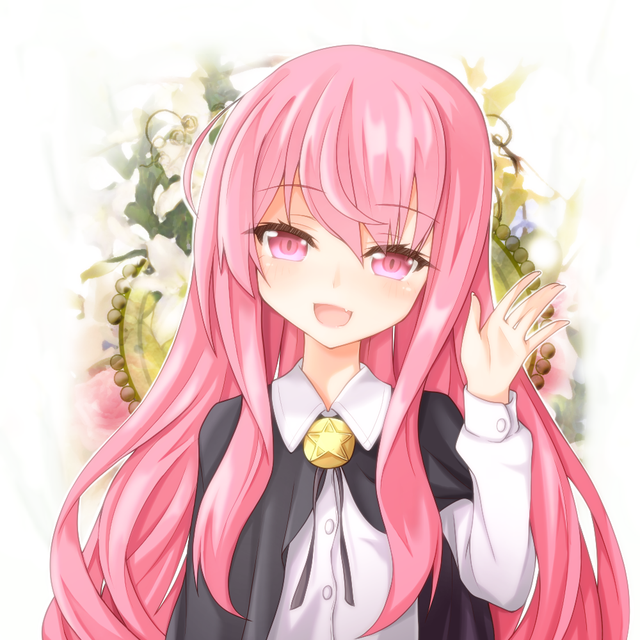 Going back to more archetypal tsundere, Familiar of Zero's Louise has her I'm-not-taking-any-crap-from-you suit on at all times... 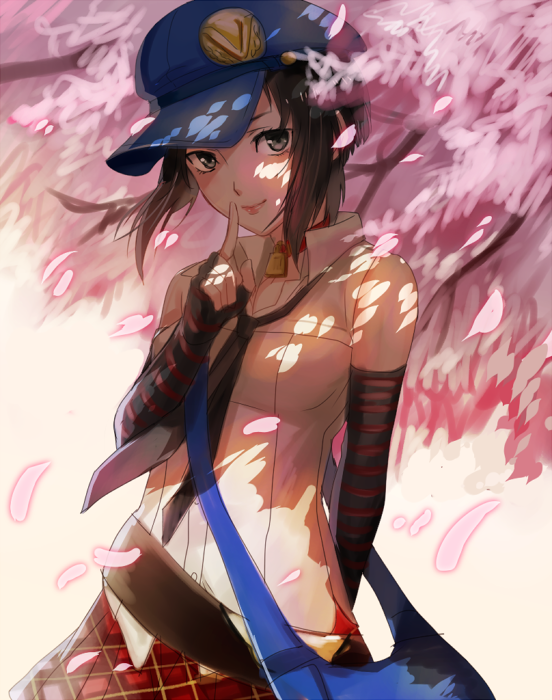 ...but Persona 4 Golden's Marie didn't reveal it right away. It was more of an initial slow burn that then exploded. 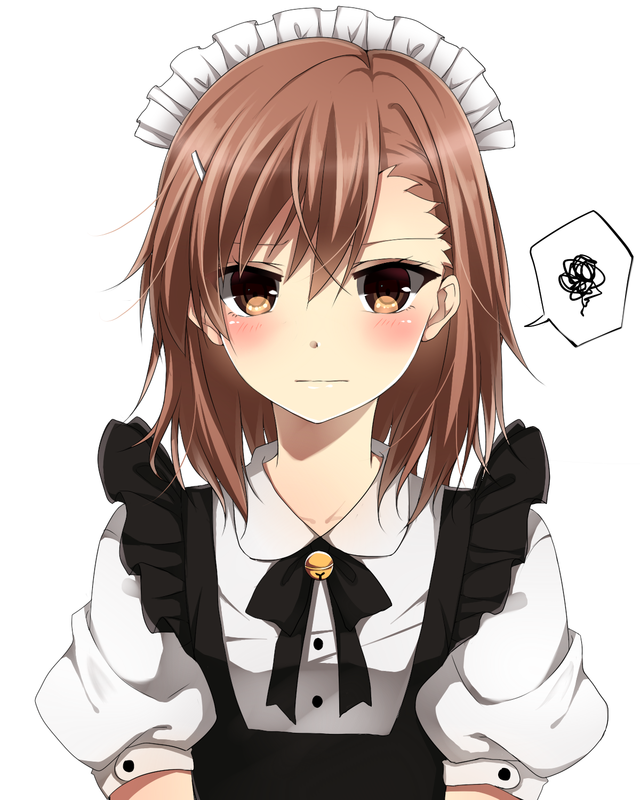 Aww, Misaka, why so annoyed? Is it because I made you the headline image? Is it because A Certain Scientific Railgun isn't on CR? I know, I'm kind of annoyed by that too. 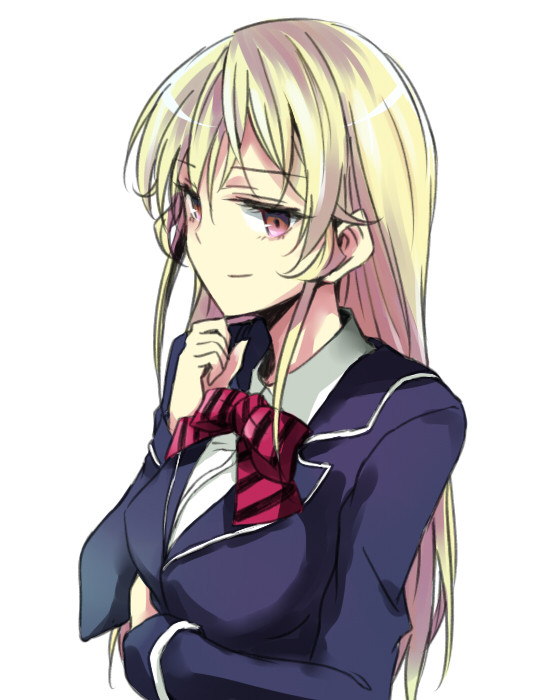 You almost need a tsundere character in Food Wars to keep Soma in line. If there were just about any other character type in the lead alongside him, he'd overpower them with his amazing flava. 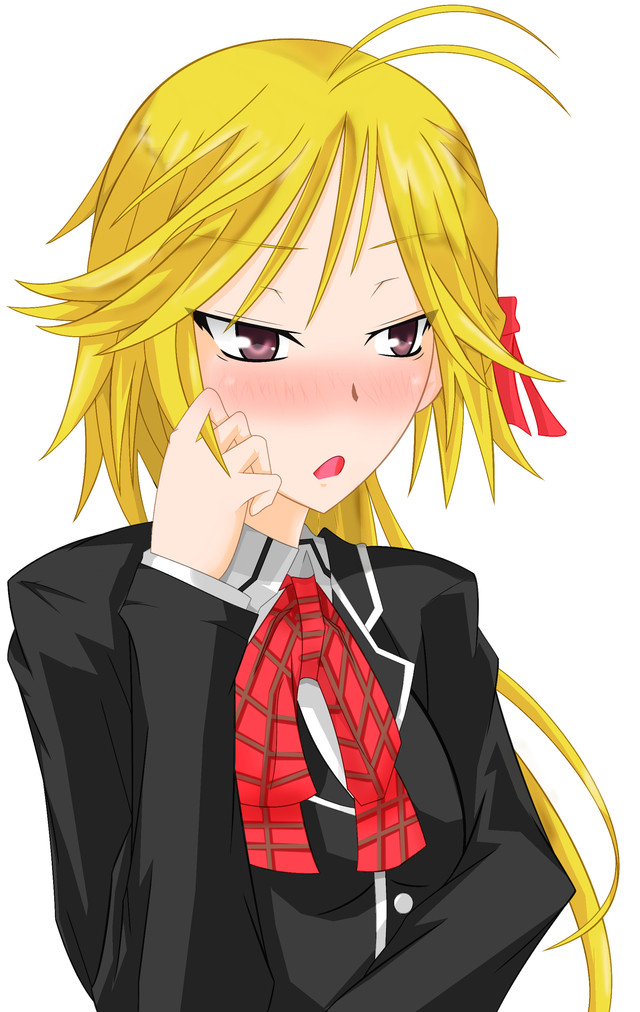 You guys know me well enough to know that I didn't watch Trinity Seven, so help me out here: who is Yamana and why is she so tsun? Or is she more dere? You'll have to fill me in on this. 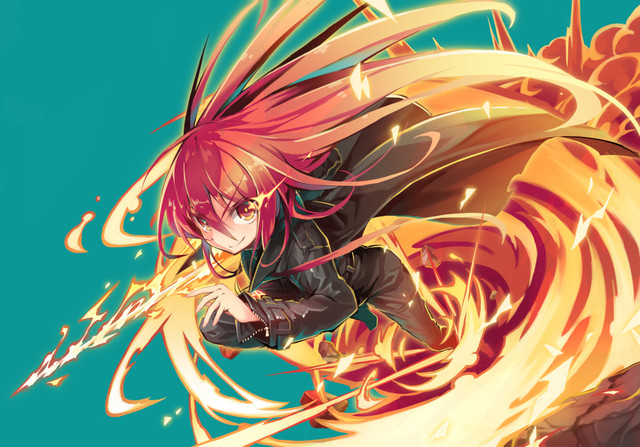 So after years of trying and failing, I finally sat down and powered through all of Shakugan no Shana a month or so ago. I think it would be a shame to not include little miss "Shut up, shut up, shut up!" on this list, but... 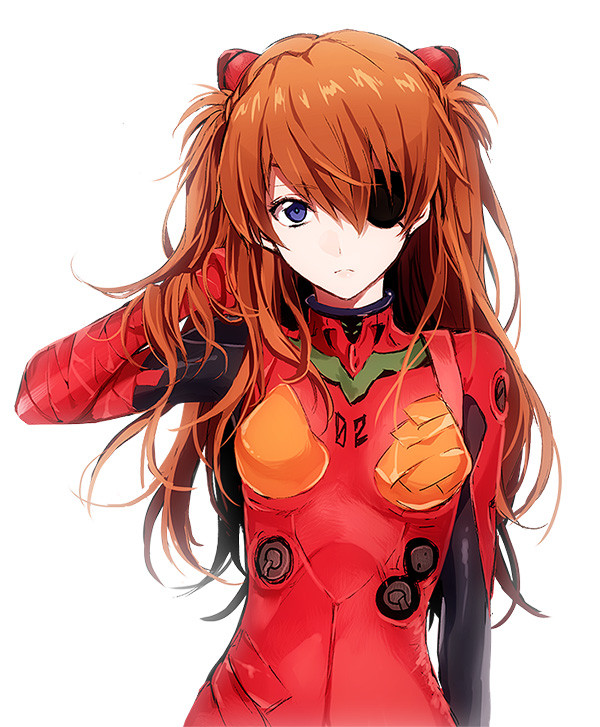 ...it'd be worse to not include Asuka! Now, I'm a big fan of the Rebuild movies, but Victoria hates pirates or something, so I'll let her take over on why Asuka's so cool! Take it away, V!

I was 13 when I first watched Evangelion. Asuka was the first "tsundere" I ever encountered, and was also the first time I saw myself in any anime character (not in a good way) but in a very real, awkward and angry way. I asked my Dad if I could get her tattooed on my back and he said yes. Since then, she's stuck with me and we have grown together over the years (literally and figuratively). You know, I still get embarassed when someone calls me kind or sweet. What are they, stupid? 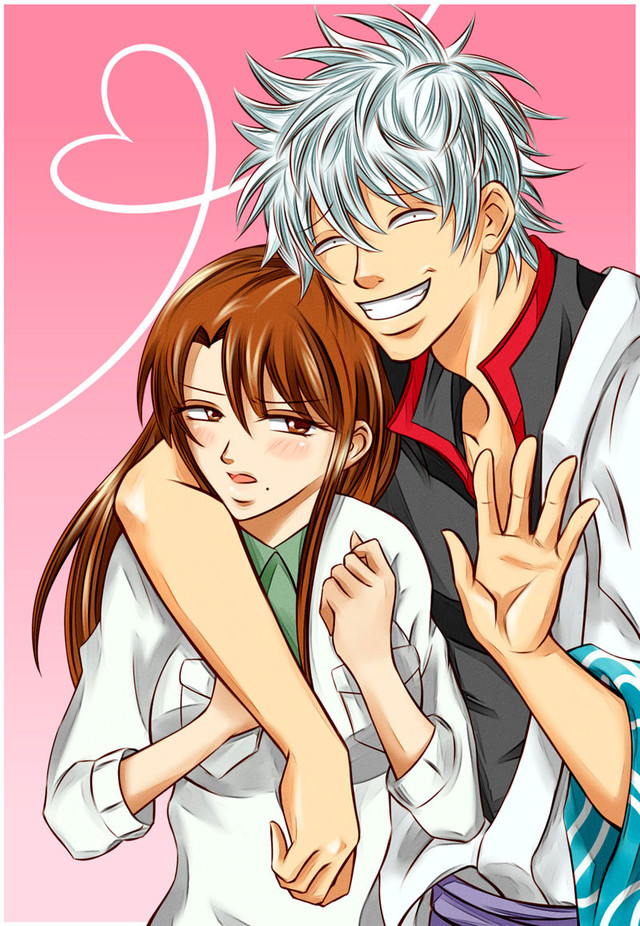 Take it away she did. HEY GINTOKI TAKE YOUR HANDS OFF THE YOUNG GIRLS and this is only because Pinko's in her tsundere mode instead of her, uh... normal mode.

And that's everything for this week! There's no way I could have included everybody--who are your favorite tsundere characters? Sound off in the comments and let us know!

As always, I love getting your work and sharing it here on Fanart Friday, regardless of your skill level or experience. Want to have your work included? Just PM me a link (full URL, please, and make sure it's hosted on a site like Deviantart or Pixiv), and I'll make sure to include it in a future installment! Here are the next three themes for Fanart Friday:

-Next week, on JUNE 12th, we put up with the adorable clumsiness of the DOJIKKO-type! They can be kind of a handful, and maybe they're not all there in the brains department, but they're all there where it counts--in the heart! THIS IS THE ONLY THEME I'M TAKING REQUESTS OR SUBMISSIONS FOR THIS WEEK!

-Then, on JUNE 19th, be sure to keep all sharp objects safely out of reach as we celebrate the YANDERE type! Just yesterday, we had like a five minute discussion on whether or not DarlingDaniChan is a yandere. She denies it, but I can kinda see it.

-On JUNE 26th, we wrap up the month's theme with the PRINCE/PRINCESS-type! They aren't actually royalty, but they sure as hell act like it with their huge attitudes and OOHHHHOHOHOHOHOHO laughter!

Thanks as always for coming by to check out Fanart Friday. Have a great weekend, don't watch the Puella Magi Madoka Magica movies before bedtime, and I hope you drop by next week!