FEATURE: Aniwords – What's Up with "Trapped in an MMO" Anime?

Time to take a deeper look at the underpinnings of one of modern anime's popular genres. 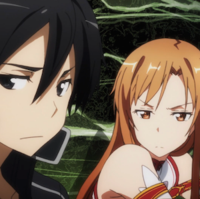 It's no secret that Sword Art Online, following in the footsteps of cult classic .hack//Sign, ushered in a new era of popularity for anime set in video games turned real. With the huge commerical and popular success garnered by the franchise's first season (later followed with a sequel season and supposedly green-lit to be adapted into anime for as long as author Reki Kawahara continues to write the light novels), more anime with a similar premise have surfaced—although it's important to note that there's only correlation here, not necessarily causality. Whatever the business reasons may be for the proliferation of "trapped in an MMO anime", what is it about these shows that resonates with viewers? Is it the thrill of seeing a game world become real? Is it simply that the expanding familiarity with MMORPGs (massively multiplayer online role playing games) has acclimated audiences to the setting?

I'm sure, to some degree, it's both of those things, but I think there's a deeper, more fundamental reason shows like Sword Art Online, Log Horizon, and the currently airing Overlord resonate with viewers. I think it's that the concept of being "trapped inside an MMO," a game type into which players typically log staggering numbers of hours, hits at a core desire: to find adventure, thrill, and maybe a little bit of danger within the confines of a previously known world. Or, more fascinatingly, it taps into a central fear of being human—the fear of losing control over a familar state of being, the same fear that drives us to define our properties and seek to maintain the status quo—and the corresponding triumph of overcoming this fear.

For example, all three of the shows I cited in the above paragraph begin their respective stories with a sudden shift from video game, a controlled environment, into a new kind of reality. Although Log Horizon's Shiroe finds himself in a place where the mechanics of the once-game persist, he's surrounded by a massive territory of unknowns. The game land of Elder Tale where he was once a member of the game's foremost adventuring guild is no longer. 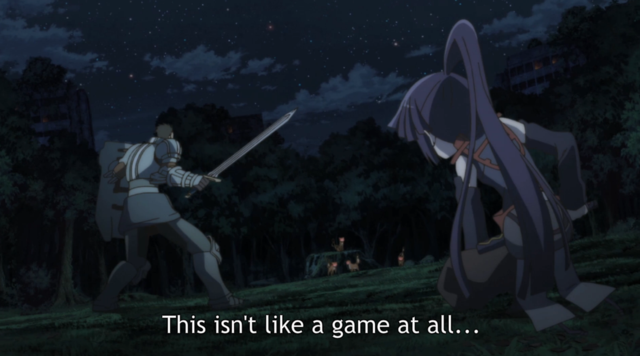 Likewise, Sword Art Online's Kirito and Overlord's Momonga find themselves in the midst of a new reality where they are no longer the experts they once were. The worlds they knew have perished, replaced by a new fascimile just near enough to the old to be recognizable and just unlike enough to be unsettling. It's the uncanny valley, except with worlds instead of representations. And, for most of us, such an at once seismic and microscopic shift is quite recognizable. It's the same sort of shudder in reality that happens when a loved one dies, a friend moves away, a car breaks down, or a much-loved show ends. It's that feeling that, while things appear to be the same on the surface, something's just not right.

And yet, when these storms deface the landscapes of our individual realities, two things happen. First, a life in which "familiarity bred contempt" has a brand new element of adventure in it. Second, we struggle to overcome, to remaster our new worlds. To reassert control over our changed worlds, we change ourselves. And so it with the characters in "trapped in an MMO" anime. At the end of Sword Art Online's blockbuster first episode, we see Kirito storm our of the Town of Beginnings and howl in the setting sun his desparate determination to survive. In Overlord, Momonga begins to adapt to his new situation, ever concious of the things that are moving within himself and within the familiar towers of Nazarick. And Log Horizon's Shiroe sets out to understand and instill order upon an new Elder Tale just as he imposed startegy and success upon the game version of his universe.

Three characters, three different modes of reaction—and yet they still are united in their determination (concious or not) to "fix" the unfamiliarity of their new states by accepting it and deciding not to be overcome by it. 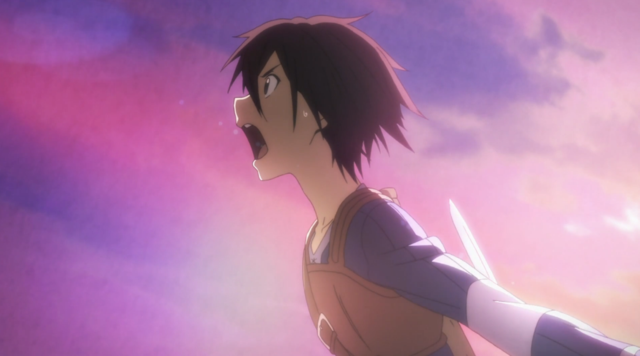 The final stage, then, is ultimately a full immersion into the new state of one's reality, an immersion so complete that the new becomes comfortable and the strange becomes normal. In dealing with the aftermaths of life crises, the phrase "a new normal" is often used with those struck by such events to assist them in coming to terms with the fact that their "old normal" has passed on, and that there is peace to be found in the way things are now. This, of course, doesn't apply to just diasters in our lives, but to many (if not all) of the little transitions and modulations in our realities. Between SAO and Log Horizon, this plays out most clearly in the Excalibur Arc of Sword Art Online II, as Kirito and his friends return to the world of Alfheim Online, the setting for the events of the original season's second arc. What once was a new world for Kirito, a world in which he sought to save Asuna, has now become a playground—a place where he can be comfortable and master of a familiar domain.

Log Horizon's acclimation, at the ending of the second season, is more complex and slower in coming, as the "new normal" begins to draw ever closer to the "old normal" for our heroes and the world itself continues to shift around them (as opposed to the people within the world, who generally move around Kirito in SAO). However, compared to the instability Shiroe and company faced in the earlier stages of the story, they are far closer to being at peace with the new realm than they were before. And so it goes with life: each small peace is offset by yet another change.

Again, the rule here is correlation, not necessarily casaulty. Although I've basically said as much at this point, it would probably be a little bit too ambitious say that the archetypal human concerns I see as inherent to the "trapped in an MMO" genre are what draw people to these shows. Despite that, I hope I've drawn the lines clearly enough that the connections between the genre's fundamental concerns and life as a human make sense. Simply put, as with all stories (the myths of the human race, you might say), "trapped in an MMO" anime reflect the way we see and experience the real world. If they can help us by showing us the way through, or simply by giving us hope that we can someday find a little more peace in our lives, they've done their job. 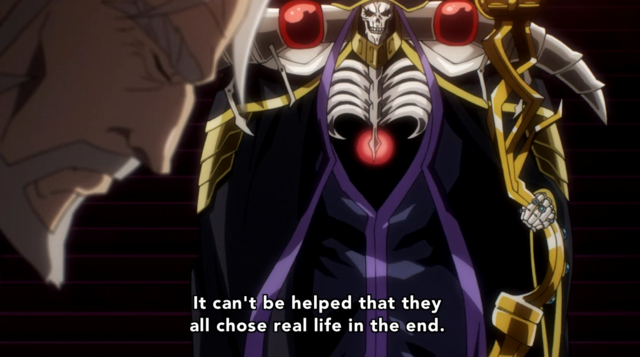 So, what do you guys think about all this? Am I giving too much credit to a genre that seems to lend itself to silly wish-fulfillment, or is there really something at the heart of the "trapped in an MMO" genre that resonates with our human experience in the way I've just described? Agree or disagree, let me know in the comments!