FEATURE: Aniwords – A Foolproof Guide to Getting Hyped for Next Season's Anime

People keep telling me about this "Man Who Punches Once" guy, but I dunno what they're talking about. 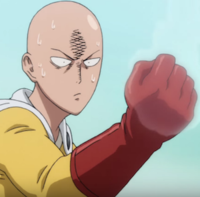 Welcome to September, my friends! We’ve been here before: just a few weeks out from the beginning of the fall anime season, starting to settle back in our chairs near the fireplace to watch some anime during the cool autumn months...and yet, suddenly we realize we’ve got no earthly idea what to expect from the coming season. After all, how can we possibly imagine the future of anime without Prison School and Symphogear on TV? And what’s the point in watching anime again if it’s the ninth episode of the final season of Working!! and Takanashi and Inami STILL aren’t a canon couple?

Well, fear not, o thou gentle souls! I am hear to guide you through the seasonal morass of having to decide what anime you’re going to pick up in the coming season. Now, note here that I have no intention of giving you a “season preview” in which I advise you of which shows next season you should be trying out (unless you guys want me to, maybe I’ll do it then)—rather, I’m going to give you some general principles to follow that you’ll hopefully be able to apply for seasons and seasons to come! As the saying goes: “Show a boy a harem, and he’ll never pick the best girl. Teach him that tsunderes are the best and he’ll never be wrong again.”

...well, I just unintentionally compared you all to those spineless, indecisive harem leads we all hate...whoops... 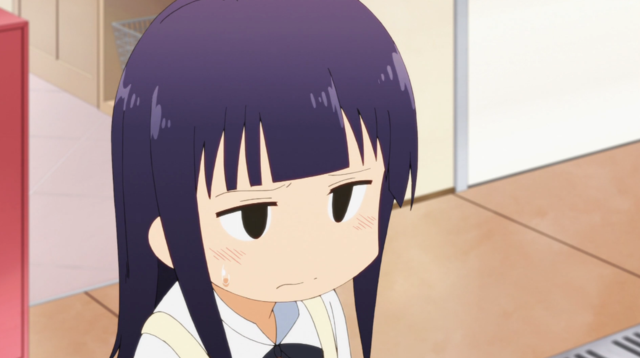 Step 1. Forget Everything About the Season You Just Watched

Being a seasonal anime fan means we all have to put up with our fair share of disappointment. Whether it’s the manga adaptation that cuts out all the best scenes from the source, the ambitious original project that goes off the rails in the third episode, or the umpteenth iteration of the same “teens at a magical high school” light novel adaptation that you tried hoping it would be different, there’re almost inevitably a few shows that will just let you down.

Likewise, there were probably at least a few shows that really showed up in an unexpected way—for example, after the Durarara!! sequel’s first season caved in on itself with shoddy animation from the early episodes, I was expecting the worst from the second season and was pleasantly surprised when it maintained solid production quality for nine episodes (and improved on the story, too!). Or, take School-Live!, which turned out to be much more than the cutesy moe show I was expecting.

My point is that you’ve got no idea what shows are actually going to be good and which shows might have more to them than it seems on the surface. So eliminate all your good and bad feelings from the prior season. Become an empty vessel, prepared to be filled with hype for the new season divorced from all connection to the one you’re watching right now (disclaimer: maybe don’t do this for shows that have a second half ala Snow White with Red Hair). 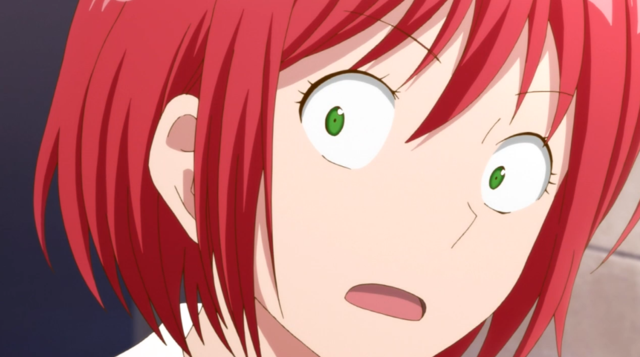 Step 2: Check Out What Anime Are Airing in the Upcoming Season

Alright. You have released all your prior connections to anime. You have become a veritable incarnation of opinionless putty. You’re plain yoghurt. Vanilla ice cream with no toppings. Corn flakes with no sugar. A harem lead without a harem. But before you can blossom into a delicious breakfast or desert, you’ve got to have something to give yourself something to work with. That’s where the soon-to-be-airing anime come in!

But there’s a good way to go about this, and a wrong way to go about this. That is, my way and all other ways, respectively. The wrong way to go about this is trying to educate yourself too much. And I’ll admit I’ve fallen victim to this trap myself! I’ve gone down the show staff rabbit hole, looking at the credits of the director, writer, and character designer in a desperate attempt to convince myself that a show I want to be good will be good. Sadly, the fact is that if you don’t have specialized knowledge about the anime industry, this kind of guesswork isn’t going to get you anywhere.

Therefore, here’s the right way to go about acquainting yourself with the next season’s anime: be super superficial. Make snap judgements based on whether or not the key visual looks cool to you or not. Cute guy as the main character? That’s your new favorite show. Find your favorite studio and totally ignore the fact studios aren’t monolithic entities (oh, hey Wit) and are just as capable of making crap as they are of making really excellent stuff. In short, pick the shiny stuff and leave the rest. 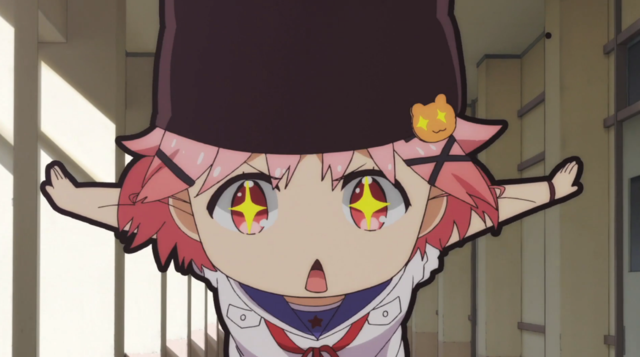 Alright, you’ve made it to the final step, buddy. The flags have been raised! Just...don’t...pick...Onodera...(or, if you do, be proud of it, I guess...). Now that you’ve made it to the final step, it’s time to throw yourself into a blender with all the neat new anime you’ve looked at and come out an anime fan with some Opinions (be careful, those things are dangerous!).

You already know you’ve only chosen to be excited about shows for superficial reasons, so you have the freedom to be excited about them for no real good reason. You have introduced baseless hype into your life, and you’ll be happier for it—both in the short and long term. For now, as the season’s approaching and you’ve got no idea what Crunchyroll is going to pick up for streaming, you can just bask in the joy of being excited about stuff that’s far off without having to face the harsh reality of delays or, worse, the actual shows themselves. You know how the tsundere always looks the cutest when she’s far off? It’s like that. When the tsundere anime season gets up in your business and punches you in the face, it’s not that much fun.

But, fear not! For by consciously getting yourself excited about stuff without good reasons, you’ve also insulated yourself from crushing disappointment. Despite all your handwaving over being excited for Heavy Object, somewhere in the back of your rational mind you understand that Heavy Object was never about rocks, and will probably never be about rocks. But, you’re prepared for both scenarios: if Heavy Object does somehow defy all odds and become a show about boulders, you’ll have ample reason to perpetuate all your excitement for it. Contrariwise, if One Punch Man actually turns about to be about a guy who punches things twice, you won’t be overly invested.

Just don’t be obnoxious with your unsubstantiated hype, and you’re set to be hyped for the new season! 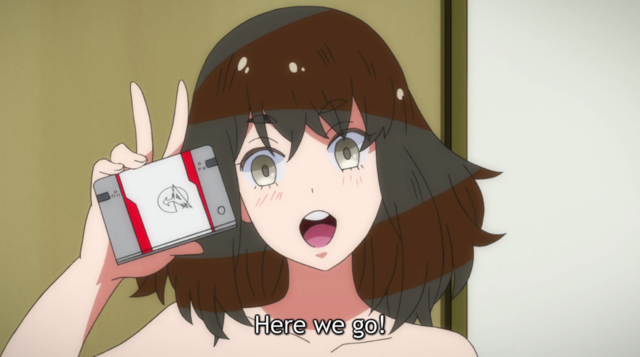 That’s my advice, but how do you guys get pumped up for the new season of anime? There’s obviously a bit of hyperbole in this piece (I actually don’t advocate a complete lack of investment in the stuff you’re looking forward to), but I do think there’s something to be said for not getting overly engaged with shows that haven’t even aired yet. What do you guys think?