Maybe there are some times when we shouldn't talk about our favorite anime... 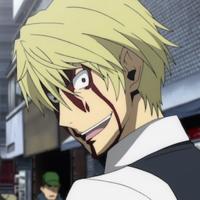 About a week ago, one of my good friends on Twitter, out of the blue, posted something that I thought was really cool. This week's column is about that tweet, and about the things it made me think about.

Everyone has favourites, series that moved them in some way. Here are some of mine. pic.twitter.com/OoS6kn2eaN

Now, if you've been on Tumblr, Twitter, or really any sort of online space where anime fans congregate, you've probably seen something similar to this before: a 3 by 3 grid consisting of screenshots or key images from various anime. It's not an uncommon way for people to present a batch of their favorite anime—visual, easily digestible, and fun to make and share around.

But the way my friend framed his 3x3 (as I'll refer to this style of graphic for convenience) was something a little bit different than the typical, "Here are my top 9 favorite anime." Now, despite the title of this article, I'm not saying sharing your favorite anime is a bad thing—because it's not. But the intention behind this particular tweet appeared to me (and to others, I noticed) as being something a little bit more than that. It was about shows that were important to us. Is there a difference there, between our top anime and shows that are important to us? For a lot of people, maybe not. But this is, I think, one of those cases were how you say it matters more than what you're saying.

I'll have a go at it, too. Nine anime that were important to me in some way pic.twitter.com/uhVXtu2gtU

As you can see, the original tweet caught on with others—as did the idea of "anime that were important to me." I've been saying this is different than just saying "my favorite anime," and here's why: everyone has favorites. We know this, and it applies not just to anime, but also to movies, games, books, artwork, foods, and a whole host of other things. The idea of "favorites" is one that's incredibly familiar to larger society, but it's also one that seems to be even more concentrated in particular fandoms (I'd guess it has a lot to go with the desire to distinguish oneself from others who have the same niche interest).

But what's a little more unusual is talking about stuff that "made an impact on us" or "is important to us." As I mentioned before, I don't necessarily think this is because favorites are necessarily different from these shows—the difference is in how we express our attachment to a show. Because "favorite anime" is such recognized way of talking about shows we like, it's also become something of an easy out when talking about the potentially sensitive subject of stuff we care about. Coupled with the pervasive use of the "your favorite anime is shit!" meme, we as the anime fandom have succeeded pretty admirably of sapping any sort of seriousness out of conversations about "liking anime."

Even the Twitter trend that the first tweet I linked started fairly quickly worked its way out of the "anime that are important to me" phase and into a more general "top 9 favorite anime" phase. There's nothing wrong with that; that's just the nature of how things work on the internet—but personally I really valued the first few 3x3s that people made for frank honesty they portrayed in sharing not just their favorite anime, but anime that meant something to them.

i'll do this too! also using hummingbird b/c im lazy pic.twitter.com/cOZJmk9FlA

The kind of emotional sincerity that went into those first few 3x3 graphs was something I don't think we see enough of in anime fandom discussions. Maybe it's for fear of being told "your favorite anime is shit" yet again, so we just talk about our favorites in a lighthearted way or in a way that preempts the even the trivial sting that can come from hearing "your favorite anime is shit" just one too many times. Or maybe it's just because it's harder to say "this anime meant something important to me," because doing that makes you a lot more vulnerable than calling something one of your favorites.

This may sound silly, but as I was putting together my own 3x3, inspired by the authenticity of the first three tweets in the trend (which I've already linked), I found my eyes watering a little bit while I Photoshoped the images and wrote out the accompanying text of the tweet. Why? Because those shows really all did mean something to me. They're things I love, things that have enriched my life and my thinking, things that have simply made me glad to have experienced them. And being given the opportunity to share that with others—not just the shows themselves, but the fact that they meant something to me—that was something special.

And I guess there's a lesson here, too. Despite the meme-like nature of the trend, I didn't see a single person respond to those early posts with anything like, "Oh yeah, those anime that mean something to you? They're shit! Lol." Rather, I saw a lot of affirmation and good discussion about people's 3x3s, and about the shows in them.

For me, I guess it's really just stuff I can't stop thinking about. http://t.co/lmT26q58j2 pic.twitter.com/pmSa1VNw2P

I think people instinctively understood that someone genuinely sharing show that were important to them wasn't something to be turned into a joke or responded to with a tongue-in-cheek meme. Rather, they saw it as something to be respected. And I thought that was really cool. Something about talking about "show that are important to us" instead of just "our favorite shows" crossed over the typical barrier of internet jocularity into a kind of dialogue where we could learn something about others, just by knowing what impacted them and was important to them.

So, if there's any point I'd like to make out of all of this, it's just that I think it's important, in the midst of all the fun of jokes and memes that fill the internet, to settle down every once in a while and talk about the things that mean something to us. I'm not saying "don't talk about your favorite anime ever again," just that talking about the things that are important to us can be good sometimes, too. It helps us to understand each other better and to remember that there's a real person with real feelings on the other side of the screen—and heck, it might help us find some great anime.

Speaking of good anime, in case you're not familiar with the shows in each of our tweets, here they are! 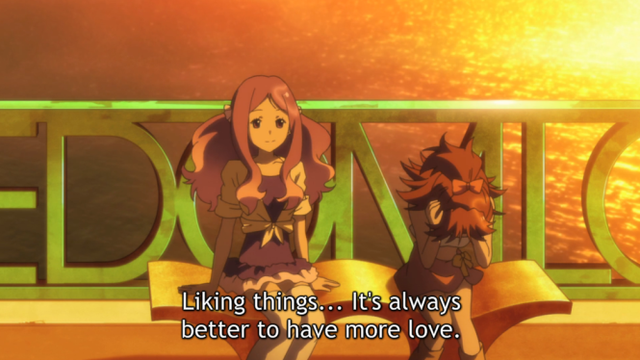 FEATURE: Aniwords – What Does It Mean to Have a "Favorite Anime"?