No plastics here—we're all digital today! 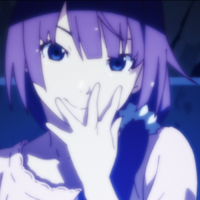 Imagine you're a high school-aged girl anime character—let's say your name's Yui. You wake up in the morning, roll out of bed, throw on a school uniform, and head out the door for yet another day in the backbreaking world of working in anime. You show up on the set of the anime you're working in today (no need to change outfits for shooting, you're already wearing it!) and take the script from the director to check out your character. You sigh a little bit as you read through the episode's story and your lines. This again? But whatever, it's work. A girl's gotta work to make a living in this world. So, you trot off onto the set, waving to your girlfriends as they finish their toast and frown at their scripts, and you smile politely at the slightly clueless anime guy who’s playing the protagonist today. The cameras roll… and it’s another day in Animeland.

Yui’s not alone. All across anime, we see female characters like her crammed into the same repetitive patterns of positive feminine desirability and idealism. There are the meek, housewifey anime girls who only exist to dote about and blush over their crush (Onodera from Nisekoi). There are the strong female leads of shoujo anime, who despite their flaws, weaknesses, character growth, and alternate portrayals of strength, still wear the appealing polish of immense wonderfulness (Yona from Yona of the Dawn). There are the tsundere types, who despite their best efforts to maintain less-than-gracious personalities find their attitudes commodified and rebilled as attractive character traits (Julis from this season’s The Asterisk War). 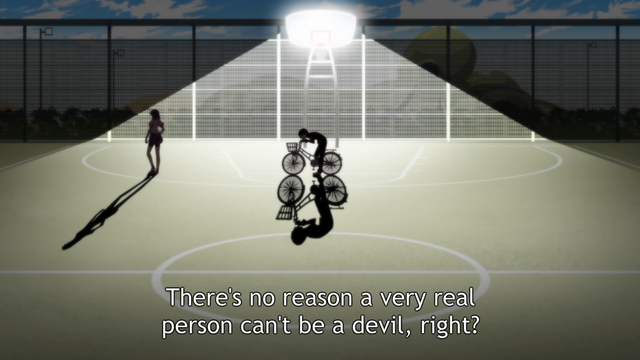 At first glance, the answer to this seems obvious: villains. Although many female villains still wind up falling into a weird sort of amalgam of positive and negative traits (think the sultry, seductive, manipulative witch type), there are a few of them who manage to simultaneously be bad, avoid being overwhelmed constraints of positive ideals, and maintain a sense of realness of character (Octavia, a side-character in Fall 2014’s Garo, is the first recent example that comes to mind). But villains are villains—and you’re not really supposed to root for the villains. I’m intererested in finding and talking about your main characters, your significant side characters. The characters who are really handed the spotlight in their own shows.

At least as far as I can think of, there aren’t that many of these kinds of characters—and many of them exist in shows where they still aren’t fully allowed to break free from the constraints of having to appeal to the audience at every step. But they are out there, and the anime that allow their female characters to be nasty, mean, ambitious, maybe a little cruel, selfish, and just plain bad—without making them into villains or trivializing the darker sides of their humanity through fetishization or romanticization—are really cool. 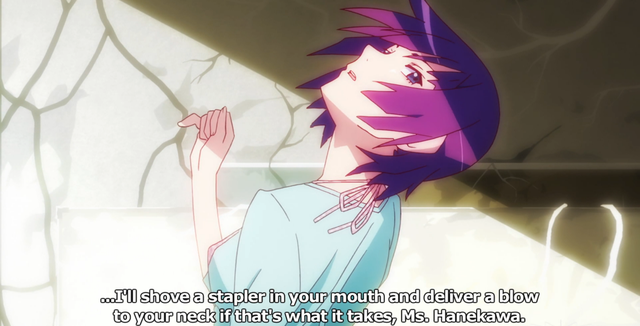 For me, the headlining anime for these kinds of female characters is the Monogatari series. If you’ve seen much of the franchise, you already know that it’s in no way a perfect example of this. It’s injected with all sorts of racey fanservice and perversion; yet, even so, it’s also a show that allows its female characters to incarnate what I might call “unredeemed imperfection.” That is, Monogatari is a series that respects characters like Senjyogahara, Hanekawa, Kanbaru, and the rest enough to allow them to be deeply hurt and not infantilized for it, profoundly arrogant and not villainized for it, violently jealous and not dehumanized for it, shocking lustful and allowed to be so—and so forth.

Monogatari watches its female characters be display all manner of undesirable traits—not just for women, but really for anybody—and it doesn’t ask them to change those traits for the sake of making them more appealing feminine presecenes or turn those flaws into cheap “relatability,” “humanity,” or moeified cuteness. Rather, it let its characters live in their imperfections and vices—and, as it comes, grow to manage and surpass them. These are no fantasy shojo character arcs of strong will trumping physical inadequacy; these are the lives of destructively flawed people and how they learn to overcome the darkness inside them.

And while Monogatari may be the seminal example of this for me, it’s certainly not alone. 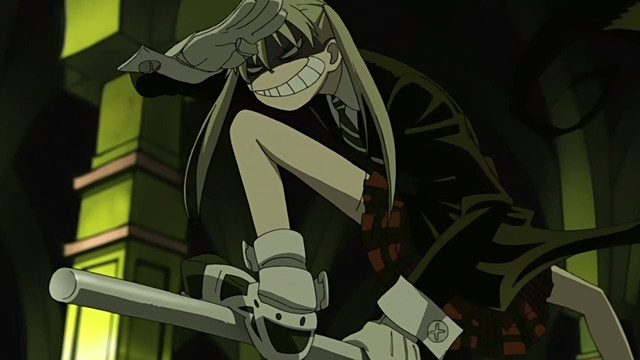 I’m going to get personal for a moment here, but a number of my favorite anime characters also own their own versions of this “unredeemed imperfection.” My all-time favorite anime character, Maka Albarn from Soul Eater, may not seem a great example of this on the surface, but the intricacies of her character reveal a girl with a ton of residual anger towards her father, deep insecurities alongside her more powerful friends, and streaks of extreme pettiness. My favorite episode of the show is episode 33, which features Maka losing her temper at teammate Black☆Star, throwing a tantrum befitting a child, and running down a hill crying in anger.

And Soul Eater allows Maka to do all this without denying her more positive qualities (her bravery and loyalty to her friends, for example) or giving her excuses for acting like a petty little brat. Sure, it’s nuance in character building and three-dimensional characterization, but it’s more than that. It’s an implicit acknowledgement that the good and bad things about human (and, in particular, women) exist side-by-side. Just as Senjyogahara’s exotic sex appeal is accompanied by her awful habit of sarcasm, Maka’s lame behavior exists right alongside her resilience and tenacity.

I could probably talk forever and ever about the characters I’ve found who occupy into this rare and wondrous territory, but I’ll limit myself to one more important example—the heroine of josei anime Chihayafuru: Chihaya Ayase. 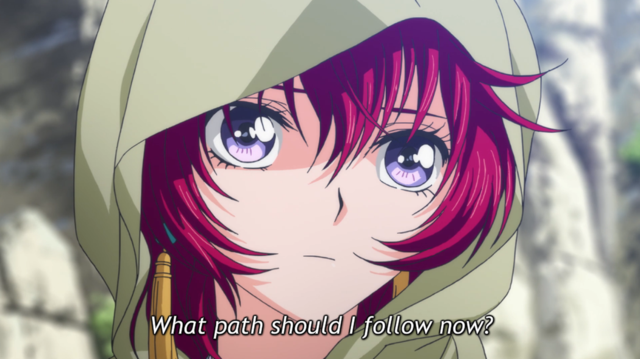 As I’ve hinted at throughout, anime targeted at the female demographic isn’t necessarily free of this limiting kind of characterization that more obviously plagues male-focused shows. I’ve already cited the empowering character arcs of fantasy shojo protagonists like Yona and Shirayuki from Snow White with the Red Hair, but the cute-cute bashful-bashful high school romance protagonist type is just as much a member of the “pure positive” (we can talk about shojo anime romances another time) type. Chihayafuru’s ostensibly targeted at a slightly older age range, but that doesn’t mean we can’t talk about how fantastic Chihaya is (and she’s not even my favorite character in the show!)—not just as a character, but as an example of an character of "unredeemed imperfection."

Like the other characters I’ve cited above, Chihaya’s a mixture of good and bad. She’s optimistic, driven, and passionate, but she’s also headstrong, insensitive, and selfish. She hurts people, forgets things, and causes problems—and does all of this without Chihayafuru ever diminishing either her good qualities or the significance of her bad ones. “Mean” might not be the first word you think of to describe a girl like Chihaya, but when you really look at some of the things she does, it becomes apparent that she’s just as capable of doing cruel things (unintentionally cruel, yes, but even so) as she is of doing wonderful things.

There are no perfect people, and even with its romance Chihayafuru never makes excuses for the moment when Chihaya lets her flaws dictate her actions. 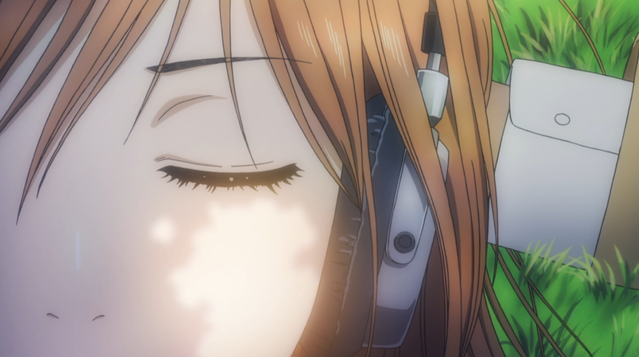 There are more examples still of characters who personify this important dynamic between being a “mean girl” and a “nice, easily accepted girl.” Yuko Oshima from AKB0048 (selfish ambition), Yukino Yukinoshita from My Teen Romantic Comedy SNAFU (social arrogance), and many characters in shows written by Mari Okada… all of these take on dark, human flaws—and do so with force and persistence.

I’m not saying there’s no place for purely good girls or girls whose flaws are used to make them more endearing (I’m still hugely partial to the tsundere trope myself) or girls who embody fantastically positive ideals. All these female characters can still be good without possessing an inherent core of badness and goodness, but there’s just something about an anime girl who gets to be mean and isn’t required by the mechanics and motions of her story to have to cover it up with her goodness that I find fascinating and wonderful.

They feel, you know... a little bit like me.

So, what do you guys think? About female characters who just end up being compendiums of positive portrayals? About those who have this "unredeemed imperfection?" And which categories do your favorite characters fall into? 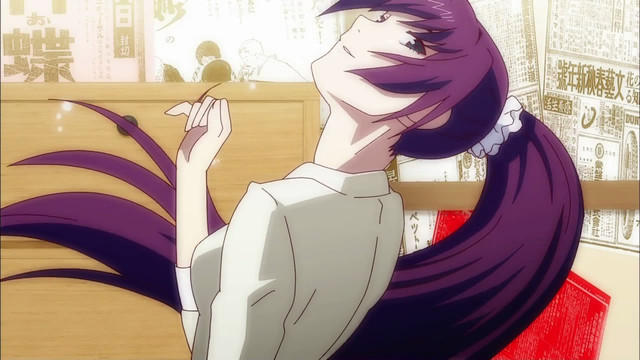