FEATURE: Aniwords – Haikyu!! and Capturing the Magic of Intensity 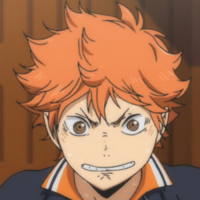 I have to admire even the attempt to turn sports manga into anime. While I can’t profess to be a “sports anime fan,” per se, I have seen a few titles—most recently, Kuroko’s Basketball and Haikyu!!—and even that limited exposure has instilled in me a distinct sense of how difficult it must be to effectively transfer the sports experience to the animated medium. Why? Well, as I see it, the main reason is simply that the realities of animation production (particularly 2D animation) greatly hamper anime’s ability to compete with the constant motion of real life sports. Sports anime have to compare to the visceral, always-moving intensity and tension of sports as they occur in real life (or even in live action). A video camera can easily capture a human actor running for an hour, but making an animated character run for an hour requires a huge number of individual drawings. And for TV anime and their tight production schedules, trying to show their characters in constant motion is impossible.

Fortunately, sports anime have a found various ways to mimic the tension, conflict, and intensity of real life sports. The use of narrative—the pitting of teams and individuals intentionally against each other—is one; the use of character—overlaying the interior battles of individuals on top of the external challenge of the game—is another. And, of course, sports anime have found various technical tricks of cinematography, animation, and imagery to further increase their ability to create the magic excitement of sports.

While Kuroko’s Basketball leans heavily into the use of character to make its games exciting (and does so with great success), Haikyu!! is a different story. With its somewhat shallow characters and lack of compelling backstory, Haikyu!! lives and dies by the execution of the volleyball match. Today, inspired by the show’s fabulous success at this in episode 18 of season 2 (and taking that episode as an example), I want to unpack how Haikyu!! captures the excitement of sports. Episode 18, "The Losers," really is Haikyu!! at its best, and the rule by which it succeeds are the same as the rules the show plays by whenever it truly reaches the heights of sports anime excellence. 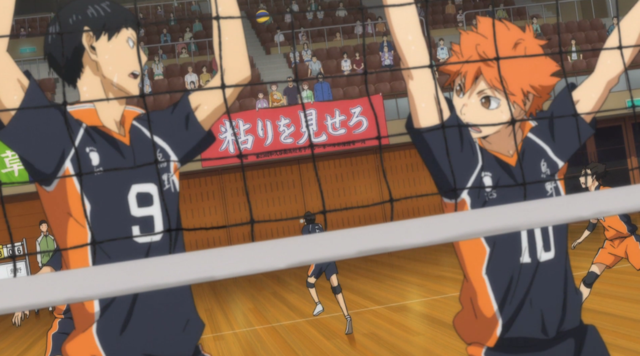 For episode 18 (and this has been true of many of Haikyu!!’s best match episodes), it all begins with the creation of an atmosphere. As the episode opens, the focus isn’t on Karasuno—but on the start of the match between Seijoh and Date Tech. We hear and see the cheering of the two crowds overlapping with each other, and as the captains’ hands meet, guitars swell and drums beat. We’re immediately dropped into the sonic experience of the volleyball court, and as Oikawa’s foreboding monologue ends, we cut to the Karasuno-Wakunan match, the music still playing in the background. It’s a clever trick, framing Karasuno’s seeming near-collapse within the intensity of a game about to start, the sound bridge of the music effectively carrying the created tension of the Seijoh-Date Tech faceoff over into the the story of the show’s main team.

Then it’s time for the OP—a potentially dangerous moment for the episode’s momentum to die, but, thankfully, Burnout Syndromes’ “FLY HIGH!!” is (in my opinion) Haikyu!!’s best OP in terms of music and animation yet, so the excitement continues to mount.

At this point, we enter into the episode proper, and director Susumu Mitsunaka makes a critically important choice to start the background music as soon as the OP ends and to start the scene in motion, with Ennoshita missing a spike. Structurally, beginning the real episode with part of the game happening is important because (in contrast to previous episodes this season) it immediately focuses the audience’s attention on the game, rather than on commentary from onlookers. The following minutes, with the exception of a few very short (and short is essential!) cuts away to the spectators, continue to draw the focus of the episode into the game and the players and set up the major narrative themes of the episode: Ennoshita’s personal insecurities and his journey to overcome them, Hinata’s desire to “duel” Nakashima, and the overall threat of Karasuno’s weaknesses and Wakunan’s strengths potentially causing Hinata and company to lose the game. 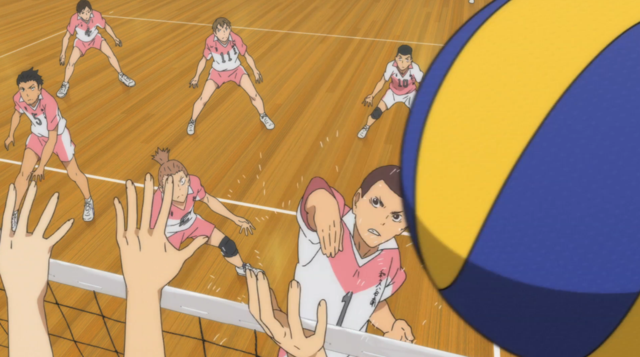 Combining some longer volleys, Hinata’s dramatic heroics, and the gradual steps towards success in Ennoshita’s story, the episode continues to focus almost exclusively on the match itself. Even its comedic interludes involve the players—rather than people outside the court. And so, by the time Ennoshita misses the receive on one of Nakashima’s long wipes and comes up with his counterplan, Haikyu!! has induced us to forgetting about everything aside from the match. Nakashima’s skills are an issue present within the court, and they are solved by Ennoshita (along with his insecurities) on that same court. As the background tracks continue to stretch through individual sequences, sonically connecting moments to successive moments in one long melody of action, Haikyu!! goes to the ad break on a perfect cliffhanger.

And from there through the end of the episode, Haikyu!! does what it does best when it's at its best—it unveils its ultimate ability to cover for its inability to depict the unceasing motion of real sports—tightening its focus on individual moments, making each point a peak and each second leading up to those peaks essential. Instead of speeding up, it slows down. It hangs on specific plays, stretches out the time the volleyball is in the air, emphasizes the moments in between. It’s simple, but it’s sublimely effective. I realize it may seem like I'm glossing over a (if not the) critical point of the episode here, but what Haikyu!! does at this point is really that simple. It's just increased attention to the space between when things happen, which allows things happening to feel big. And by stacking these moments on top of each other with the impending end of the game, their significance in the context of the stakes of winning/losing and the personal narratives of the players grows exponentially. Some of Haikyu!!'s best episodes in its first season did this from the very beginning of an episode all the way to the end, and not always at the end of a game. If the contextual stakes are high enough, all Haikyu!! has to do is to direct our attention to a particular moment and we understand, "This means something." But to put it simply:

Over and over again, Haikyu!! winds up the top… and then lets it spin out in a burst of motion. 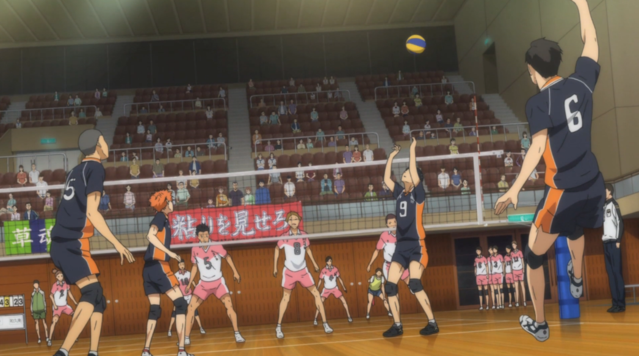 And as the top falls at the end of the game, the win is yet another wind-up within the episode. Haikyu!! could have ended the episode there, but instead it makes the choice to let us see a new sort of breath and exhalation. We see Ennoshita praised by Daichi, and his subsequent screaming at himself in the bathroom. We see Nakashima thinking about the loss outside, and his tears let loose. Just as in the game itself, Haikyu!! builds and releases, connecting all the narrative set-up, all the intense focus on the game from the episode’s first half into the final emotional payoffs. And, funnily enough (or perhaps appropriately), volleyball itself ends up being the most apt metaphor for how Haikyu!! succeeds best at being an exciting sports anime. It’s about the connections between: the receive to the set, and, finally, the set to the spike.

What do you guys think? How do your favorite sports anime overcome the limitations of the medium to become exciting on screen? And what did you think of this week’s episode of Haikyu!!? Pretty great stuff, right? 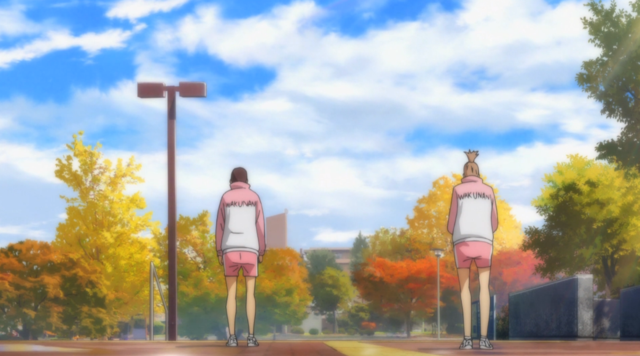