I just want you all to know I am not telling you which show I think is better. 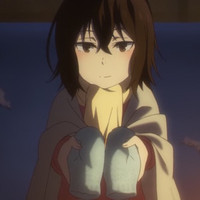 I never said this at the time, but the thing that really inspired me to write my post on ERASED’s cinematography a few weeks back was the scene at the end of episode three where Satoru and Kayo climb through the snow to witness an ice-covered tree glow like Christmas in the moonlight. It was an affecting moment simply in terms of how beautifully colored and animated and directed it was, but it was also a moment of pure relief and warmth in the middle of an exciting thriller injected with the cold of murder and mystery. This same sort of effect has appeared throughout ERASED at times (Kayo taking a bath with Satoru’s mother is one example), but I really noticed it during the post-OP scene of the most recent episode, as Satoru and his friends attempt to befriend Aya Nakanishi out of the blue. Helped along by an easygoing soundtrack, funny faces, long shots for comedic purpose, and snappy cute cuts, the direction puts a lovely spin on a brief story of a group of friends who adopt someone new into their circle (with an adorable blink-and-you’ll-miss-it elementary school crush mini-story held inside).

These kinds of moments, which have been by far my favorite part of ERASED, aren’t the first time we’ve seen a Tomohiko Ito show totally nail the down-to-earth coziness of people who are good to each other being together. Some of my favorite episodes of Ito’s most popular work, Sword Art Online, are 11-13, in which the newly married Kirito and Asuna settle down for a while in a log cabin in the middle of a forest, find an adorable child in the woods, and good fishing (and go on an adventure where they lose said child, but that’s beside the point). Although the particular directorial tells throughout don’t match up in perfect parallel (Takahiro Shimaka directed SAO 13 and ERASED 3 and 10, but Pyeon-Gang Ho and Tamaki Nakatsu split SAO 11 and 12), the overall warmth of companionship pervades the relevant scenes in a way that’s too similar to miss.

The feeling of that comforting forest on the 22nd floor of Sword Art Online somehow appears amidst the frozen urban world of ERASED. Where does it come from? 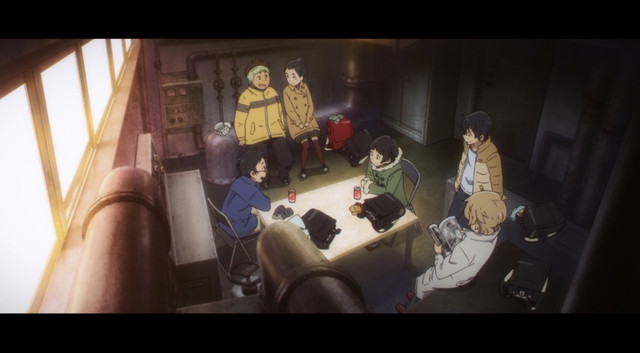 To start, ERASED’s director, Tomohiko Itou (who also directed Sword Art Online and Silver Spoon’s first season) cut his directorial teeth under Mamoru Hosoda as the assistant director for The Girl Who Leapt through Time and Summer Wars. For his part, Hosoda (under a pseudonym) worked on storyboards for Kunihiko Ikuhara’s Revolutionary Girl Utena. And Ikuhara’s distinctive style, in turn, although there’s no direct working connection, was influenced by the legendary Osamu Dezaki (Rose of Versailles, Aim for the Ace, and the Clannad movie). It’s interesting to see the way this particular creative bloodline has developed over time, with Ikuhara reimagining Dezaki’s shot framing and lighting (among other techniques) through his own vision, stylings that Hosoda made his own in his popular films. While Ito has certainly inherited a number of Hosoda’s cinematic ideas, it also seems to me that he’s managed to capture at least a portion of my favorite thing about Hosoda—the sensation of warmth he brings to his family stories.

Having only seen Hosoda’s Digimon movie, Summer Wars, and The Boy and the Beast, I’ve still only got an incomplete picture of his work, but this instinct for the gentle comfort of community (particularly familiar, or at least pseudo-familial, as we see with the kids in ERASED) seems an obvious parallel between Ito’s efforts and Hosoda’s well-known films. What’s even more interesting is that these traits in Ito’s work are very obviously filtered through the Hosoda lens, as Ikuhara and Dezaki’s output, while not incapable of creating the feeling, certainly don’t engage in the same sort of light, peaceful emotionalism that Hosoda’s does.

Of course, it would be massively unfair to Ito himself to posit that he’s entirely a product of Hosoda’s tutelage (after all, he also learned from Tetsuro Araki while working on Death Note), as he’s obviously spread his wings since Summer Wars and has started to developed a unique style that incorporates many different influences into an original package that (I hope) is still continuing to develop as he takes on new and different projects. However you want to trace his work, though, the end result are some genuinely wonderful “scenes in the forest” in both Sword Art Online and ERASED. The sense of simple comfort as created by the presence of others is a wonderful thing to depict on screen, as it’s one that expresses the value of human connection in the positive mode and, as such, encourages the audience towards the same. And the fact that Ito brings that sensibility away from Hosoda's bid-screen films to TV anime makes it even better. The recontextulaization of the idea, I think, helps to shed new light on its charms. 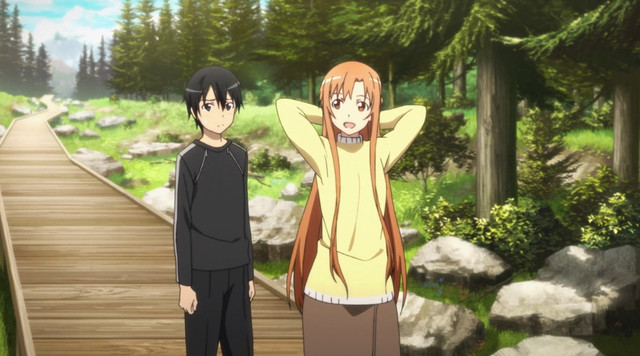 While ERASED’s mystery-thriller elements likely draw on, in part, Ito’s experience with Araki and Death Note, it’s been the Hosoda-style scenes of togetherness that have really caught my attention, for the reasons outlined earlier. In the midst of a quick plot, constant cliffhangers, and tension instilled by discomforting camera angles, the peaceful oases of playing cards in the hideout bus or the Satoru-Kayo birthday party help provide ERASED with the emotional grounding that can make us care about the characters in the middle of this story. Now, while I’m of the opinion that ERASED has kind of trampled over those grounded emotional touchstones for the sake of campy thriller material in the latest episode, it still doesn’t compromise the efficacy of the show’s ability to draw the audience into the warmth of these moments. And I know I’ve been using that word—“warmth”—over and over again, but I think it’s the right one to use because of how it resonates with the heat:cold, inside:outside dualism ERASED has set up. Coming in from the winter is coming in from loneliness and into friendship/family. It’s finding the forest.

I hope that this exercise in exploring the genesis of a handful of scenes I really like has been interesting and informative to scroll through. And I also hope I’ve done a good enough job analyzing the connections and theorizing about how they’ve resulted in an end product that I think is genuinely worthwhile. Piecing together industry creator trails can be a fun thing to do, but I think it can be hopelessly self-serving if it doesn’t help us better appreciate the people who are working to create the things we love. The writing of this piece has certainly done that for me; it hope it’s succeed in that way for you as well. 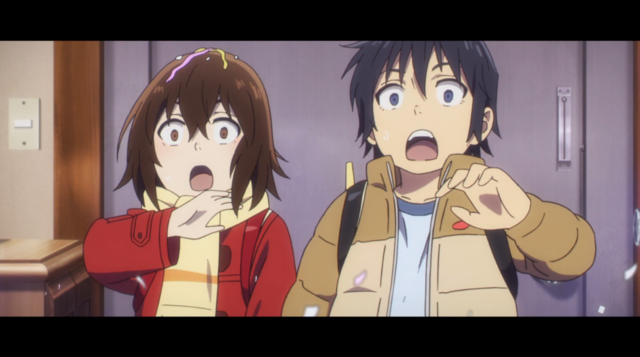