A look at Japan's master of egotistical prodigies... and basketball, I guess 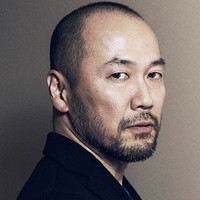 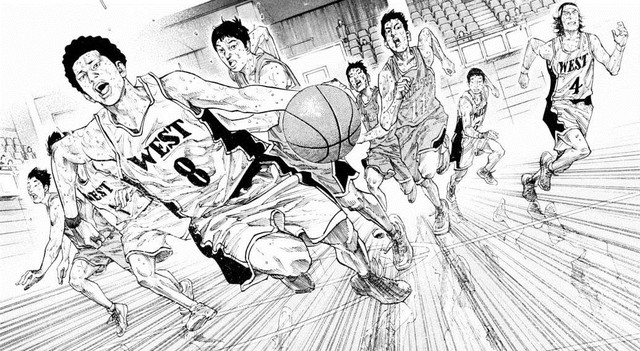 I’m gonna be completely honest starting off here. I originally decided on Takehiko Inoue for two reasons. First, I really wanted an excuse to read all of Vagabond again, which is a statement I feel I don’t need to justify. Second, he has exactly three manga which are all well known enough that my reading doesn’t have to start with a scavenger hunt. Also, Nate has been bugging me to read Slam Dunk for years now and I figured writing an article about it would finally put that matter to rest. 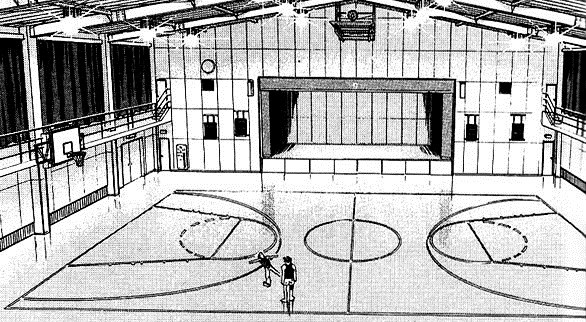 When you are best known for almost single-handedly popularizing a sport in your country, you can rest assured you probably did something noteworthy. Takehiko Inoue’s Slam Dunk did just that, bringing basketball to national attention in Japan and winning awards from publishers, fans, and the Japanese Basketball Association along the way. A true fan of the sport, Inoue leveraged the popularity into the Slam Dunk Scholarship Program run by its publisher Shueisha. Not bad for only his third best manga. 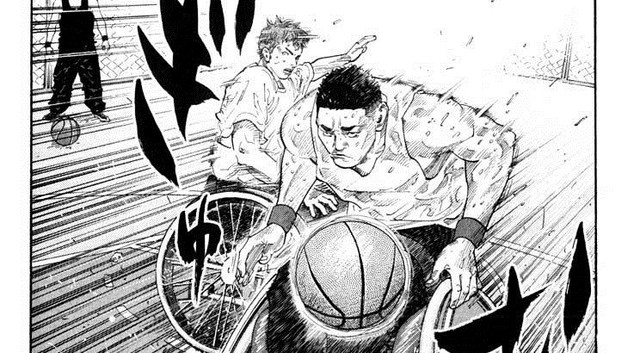 Takehiko Inoue was born in the city of Okuchi of the Kagoshima prefecture of Japan in 1967. From a young age he would draw everything, creating both illustrations and comics. In high school, he joined his school’s basketball club to be popular with the girls. Despite receiving no formal training, Inoue continued to draw and aspired to make art part of his career, but thought he lacked the ability to become a true artist. During his college studies, Inoue submitted manga to Shonen Jump's Rooke Awards and was eventually contacted by their editor, beginning his career in manga. 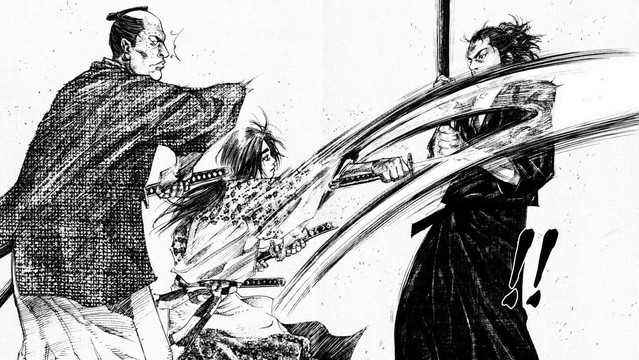 Inoue spent just less than a year as an assistant, working with Hoko Tsukasa on City Hunter for 11 months. His first published work was Purple Maple in 1988, a simple short about Akagi, a high schooler, whose basketball team challenge his rivals in a regional tournament in a fight over a girl. Although his art was already exceptional, the simple plot was typical of a first work and showcased his obsession with basketball. Although Inoue himself has not confirmed it, many of Inoue’s fans consider Purple Maple the trial run for Slam Dunk. 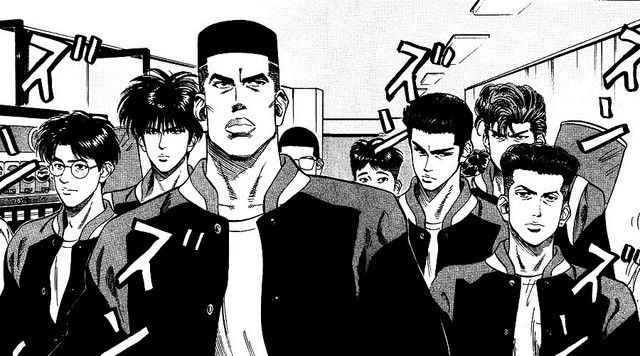 Slam Dunk, a 31 volume series published between 1990 and 1996 Weekly Shonen Jump, is easily the series most synonymous with Inoue’s name and likely more than a little autobiographical in nature. Much like Inoue himself, the protagonist, Hanamichi Sakuragi, joins his school’s basketball team to impress a girl. Also like Inoue, Sakuragi is egotistical and fancies himself a prodigy at basketball before even playing his first game. Unlike Inoue--probably--he is extremely physically gifted, considered an unbeatable monster among the delinquents from his previous school. 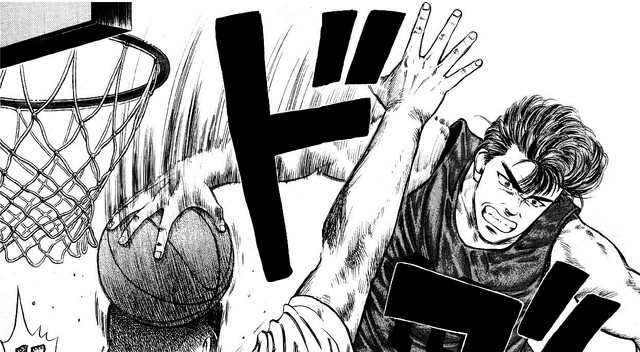 The story of Slam Dunk is one of personal growth. Despite all his advantages, Sakuragi is forced to come to terms with the fact that personal strength will only get you so far and it takes dedicated work to become a great basketball player. Sakuragi learns humility and grows as a person all while the reader enjoys Shohoku’s triumphs, high school hijinks, and Inoue’s artwork during the period he really comes into his own as an artist. Although basketball is the vehicle upon which the story rides, what makes Slam Dunk so iconic is the strong characters and excellent pacing of the manga. 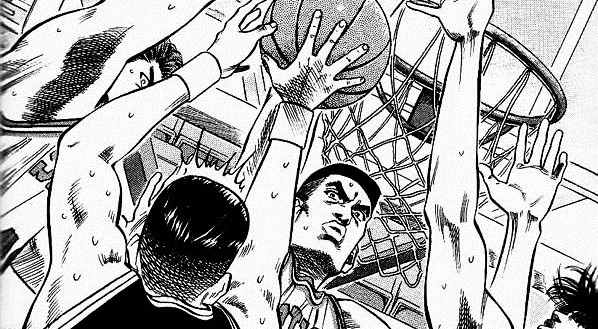 After Slam Dunk, Inoue began work on a manga i like to call “the Japanese Space Jam”. Buzzer Beater, a four volume series originally published in Monthly Shonen Jump, was Inoue’s third--and, in my opinion, last---series to focus on basketball. The manga had a much more flamboyant style and character design than Slam Dunk, taking place in a setting in which intergalactic alien teams dominate the sport of basketball. Hideyoshi Tanaka is an orphan living in New York who makes his living hustling people in street basketball who is drafted into the Earth’s team which may just have a chance at winning a championship. 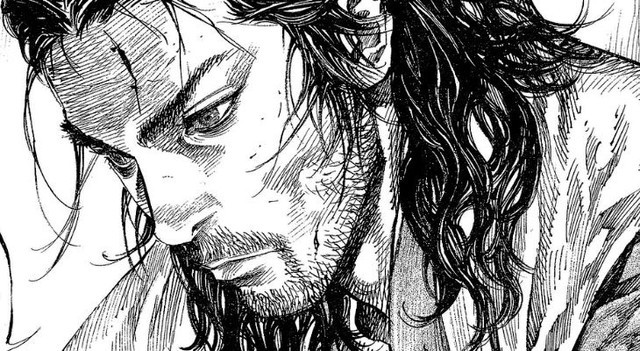 During his work on Buzzer Beater, Inoue contemplated ending his career as a mangaka, feeling he had nothing else to contribute. One of his editors at Morning recommended he read the novel Miyamoto Musashi by Yoshikawa Eiji. While reading the book, Inoue felt the desire to draw the faces of the characters, which eventually resulted in his decision to write Vagabond. In retrospect, the shift from Slam Dunk to Vagabond seemed almost natural for Inoue. Sakuragi and Musashi are similar protagonists being young, egotistical prodigies, but Inoue’s Musashi is a force of nature. 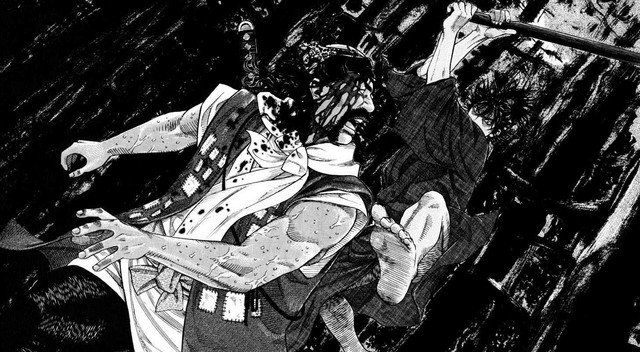 An ongoing series first published in Weekly Morning in 1998, Vagabond chronicles the early life and development of the legendary Miyamoto Musashi from a wild boy to the greatest philosopher swordsman in the history of Japan. The series has the atmosphere of mythic quest, a series of individual, almost allegorical, lessons that Musashi must overcome to reach the next stage of his odyssey to become “invincible under the sun”. Inoue’s portrayal of Musashi is unique among both fictional and historical works. My personal theory is that Inoue is drawing upon the true archetypical force of Musashi, which must be enormously stressful for him. Inoue has put the series on hiatus a number of times due to health concerns without halting work on REAL. 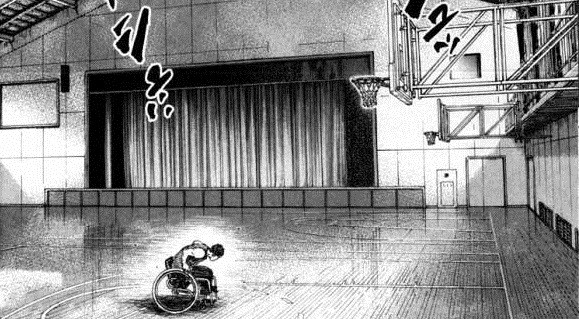 REAL, an ongoing series published in Weekly Young Jump since 1999, is perhaps the most aptly named manga I have ever read, although Way Too Real may have been better. On the face of it, the manga seems to be about a number of characters related to the wheelchair basketball team named the Tigers, but basketball takes a back seat to the real theme of the series. Describing it as a more serious take on Slam Dunk is simply inaccurate. The closest comparisons I can conjure are to JUST Jude Law’s tumultuous character from the ‘90s science fiction film Gattaca or perhaps a perspective piece placing the reader in the shoes of Robin William’s character in Awakenings. 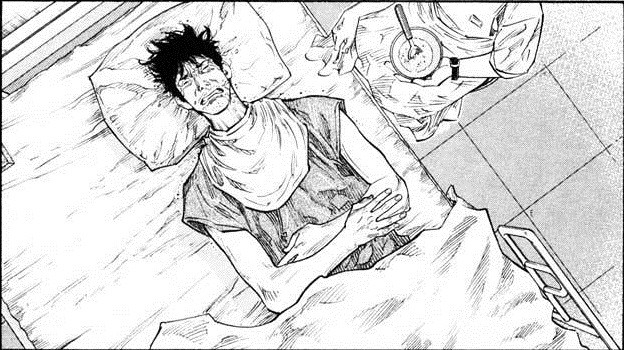 I don’t often like to discuss themes in manga because my experience studying authors has taught me that almost 100% of the time they are unintended if not entirely opposed to the author’s intentions. Even Inoue will admit that he never has a theme going into a particular work, but they tend to crystalize over the course of his writing and he is able to distinguish them in retrospect. With REAL, it's overcoming personal disaster, and the manga absolutely does not pull punches. In heartfelt series like One Piece, action and drama build to crescendos that crystalize into singular evocative moments, but REAL seems to touch upon that rarity in every chapter as it describes every small tragedy of the characters autonomy being taken away piece by piece and their fight, both with their personal hopelessness and with their new physical and social limitations, to take it back. 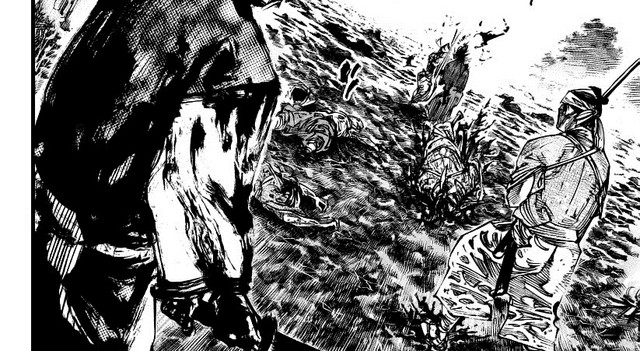 Inoue’s is a self-described egoist who endorses that personality type in his own works and therefore has paid close attention to his own development as a mangaka. Like many artists, he looks back at his earlier work with a feeling of embarrassment. He takes pride in his work, both in terms of quality and quantity, saying in one interview “One story is 150 frames. I've been known to make three in five hours”. He feels that in his early days as a mangaka, all he wanted to draw was “cool” things, but as he grew more mature he broadened the scope of his work, becoming drawn to illustrating ugly characters and portraying bad people. 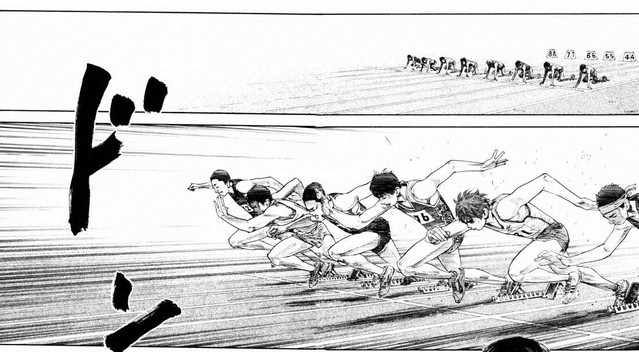 Even early on it was plain to see that Inoue was going to become something special as an artist. The way he captured the movement of Shohoku’s players in action showed both his intrinsic understanding of the movement as a basketball player and a tremendous grasp of anatomy. Many of the most impactful panels in his works would not be possible without his mastery of portraying mood through shading and capturing emotion through expression. It is not an exaggeration to say that he is one of single most gifted artists in the industry. His illustration truly are art and are evocative in their own right, combined with his vivid characters, Inoue has produced some achingly beautiful moments. Inoue credits his use of a brush for the unique appearance of his art, stating that he began using one during Vagabond when he realized Musashi's rival, Kojiro Sasaki, could not be drawn with a pen. 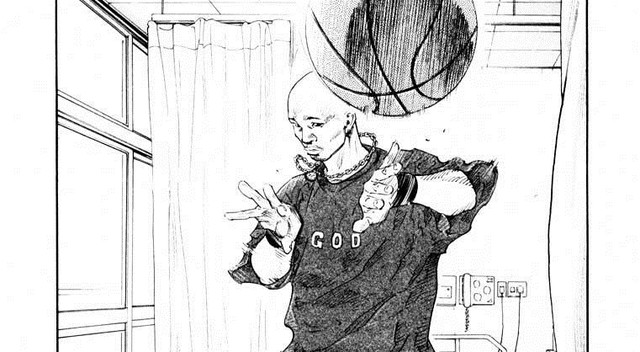 To Inoue, story is second to characters. He has said that truly vivid characters will tell the story all by themselves. Each character requires that he draw something from himself and face the same challenges as them. Once he has a vivid character, he said, the story comes naturally as a result of their struggle. In that way, Inoue attempts to write each manga as if it were their documentary, with all the respect to the individual that entails. It’s easy to see how that may come naturally to him as so many of his characters likely face the same challenges as Inoue himself. Young and confident but uncertain about their futures, talented but forced to confront the fact that they will still have to work hard to succeed. To a one they realize they must overcome challenges to eventually meet the standards demanded by their high opinion of themselves. 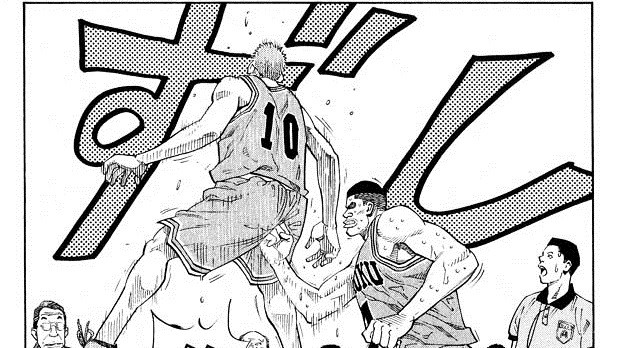 With such a transcendent artistic talent, it is truly remarkable that Inoue’s writing could be considered equal to his illustrations. Although he humbly stated that he hadn’t thought himself good enough at art to become a fine artist, Inoue seems to have the opinion that creating manga is more difficult. Unlike artists, who must convey beauty on a canvas, with mangaka beauty is not enough, since they must create stories which must have meaning and entertain. In terms of raw work, only catching two hours of sleep a night when a deadline draws near, despite having a team of five assistants supporting you, Inoue certainly presents a strong argument. Much like his protagonists, Inoue’s ability is likely the result of tremendous talent honed to its absolute potential through an unbelievable amount of work. Only that could produce the works he has created. 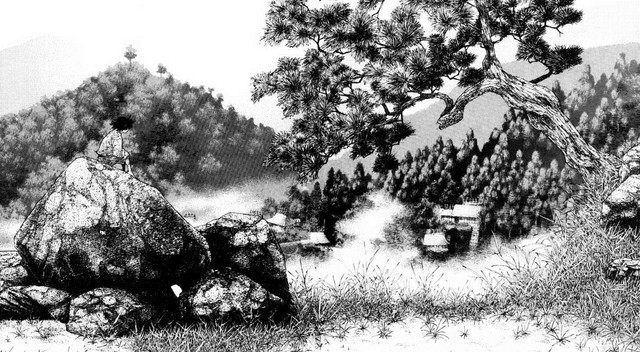 Thank you all for reading. I had hoped to make it at to at least one year and dreamed of going a lot longer, but unfortunately this will be the last Monthly Mangaka Spotlight for now. If I have learned anything writing these features, it is that mangaka are insanely dedicated people who produce a tremendous amount of work. Covering the expanse of their bibliography in a month in itself is difficult and my more recent work with Crunchyroll has made it impossible to continue for the time being. I appreciate everyone who read and commented on my articles. Hopefully I’ll be able to pick up where I’m leaving off in the future.