FEATURE: Aniwords – We Ain't Swallowing No Buckets of Barium Here! Kiznaiver and the Sign of a Scar

Between barium and talking to strangers, which would you rather take? 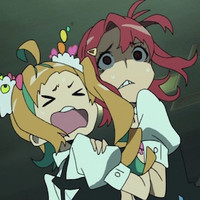 If you were to drink barium, you would die. As it's classified as an earth metal, barium's melting point is 727° Fahrenheit – which basically means it would burn right through the bottom of your mouth and probably through any other part of your body it came in contact with. Now, if you were to swallow solid barium, you probably wouldn’t die as fast – but as certain barium compounds are used to kill rats, you’d probably still kick the bucket sooner rather than later.

Generally speaking, I’d assume most people would rather avoid swallowing barium when possible. However, all bets are off when the offered alternate involves talking to people. Other people are, you know, scary. Impossible to control. Difficult to defend against. Dangerous. But they’re also marginally easier to deal with at a distance – for example, through a screen. You can unplug anytime, ignore without the discomfort of feeling rude, and control your own output through a super tiny, ultra-controlled stream of information that reveals "you" in tiny bits. Low investment, low risk. You can soothe your anxiety by keeping people at arm's length. Draw a digital circle in the sand around you, and make others stay away.

While Kiznaiver has been compared to a number of other shows in the brief time it's been airing, its focus on the social anxiety/ineptitude of a bunch of awkward archetypal anime teens has reminded me most of the often agonizing, sometimes triumphant, personal arc of Soul Eater’s Crona – the socially traumatized, brutally awkward wielder of a powerful weapon whose constant refrain is “I don’t know how to deal with that.” At the time of his first entrance in Soul Eater, Crona’s interpersonal faculties have been largely eroded due to the emotional and physical abuse, isolation, experimentation, and unrealistic expectations placed on him by his mother, the witch Medusa. Although his issues remain throughout the show, about halfway through the series' protagonist, Maka Albarn, becomes the first person to connects with him through understanding him.

Soul Eater’s in-universe metaphor for this is “soul resonance,” which produces some really interesting implications regarding this particular mechanism's underlying philosophies about how human beings relate to one another. Specifically, the way Soul Eater portrays matching soul wavelengths – as a matter of give and take by both parties – attributes the ability to connect to mutual acceptance of the other person as a distinct being. As Maka says to Crona when she initially rescues him from the depths of madness, "It's not that you don't know how to deal with others; it's that no one ever took the time to deal with you," a statement that attributes Crona's issues to a lack of relational balance in the defining relationship of his life. All Medusa ever did to Crona was take, and she left him a husk of a person, unable to confront himself or others. 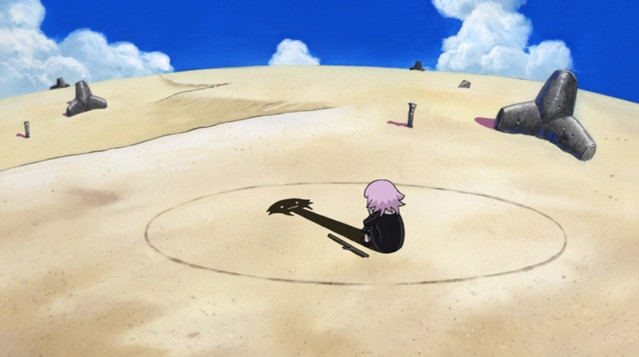 I bring up Soul Eater because I think it’s one of anime's warmest and most sensitive treatments of people who struggle to connect with others, and because I’m intrigued by the way Kiznaiver is following in Soul Eater's footsteps by using external symbols as a representation of human relationships. And just as Soul Eater’s way of symbollically depicting the underlying realities of interactions between people is less-than-subtle, Kiznaiver has chosen a similarly obvious image – that of the cross-shaped scar. The cross, thanks to its intersecting lines, serves its purpose well. Just as the lines cross, so do people – the association of pain often carried by the cross resonates well with the hurt that often arises from dealing with people. And for the Kiznaivers, the pain is not just emotional, but physical as well.

This methodology, with its focus on injury as the connection point, is fundamentally different from the way Soul Eater goes about the business of representing understanding between persons. Where Soul Eater’s soul matching was a kind of delicate balancing act, Kiznaiver’s version (or should I say, Sonozaki’s) is understanding by way of sledgehammer. It’s not just the pain; it’s also the artificiality of the entire Kizuna system as a way of helping people to connect. “You’ve skipped about 90 steps or so,” she says of their relationships in the second episode. And, obviously, most relationships don’t work like that. It takes time and effort to build up the mutual trust, investment, and affection to facilitate the kind of deep self-disclosure being demanded of the Kiznaivers in their self-introductions. While I’m curious to see if this way of doing things will backfire or not – so far, each person’s secret has been relatively innocuous, but will Honoka Maki be rejected for being a killer? – my main interest lies in Kiznaiver’s choice of pain, wounds, and scars as the basis for relationship. Communal experiences most certainly can bring people together, but the use of pain as the focal point for these interactions causes Sonozaki's experiment to take on an entirely different character than Soul Eater's way of developing interpersonal understanding.

In some ways, this seems to me a very cynical way of viewing people. Does Kiznaiver really believe we're so far gone, so detached, so isolated, that pain (or the threat of it) is the only means of drawing us out of ourselves and into connection with others? I recently rewatched Horizon in the Middle of Nowhere, and in the middle part of the show’s second season, two characters use the idea of “scarring” each other as an expression of mutual commitment to their new relationship. However, even in this case, the scars are more or less a metaphor for leaving an enduring mark on the soul of the other, rather than emblematic of unity through shared pain. Again, the idea of balance present in Soul Eater's interpersonal theories recurs in Horizon's relational metaphor, even if it uses the same external signpost that Kiznaiver does. 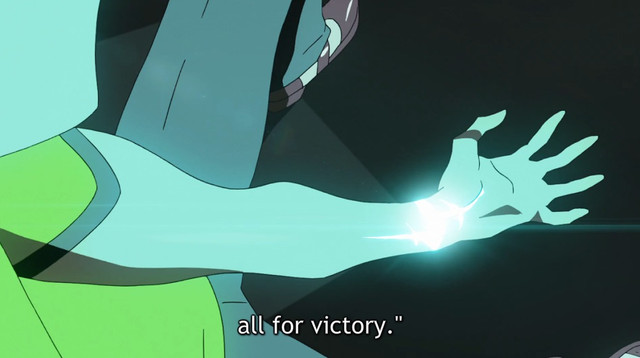 This isn’t to say that Sonozaki's hurt-based system of relating is entirely wrong. There's definitely some amount of truth to the idea that experiencing pain draws people together. However, it’s equally true that a shared wound can drive a wedge between people as well. Consider the way some families (for exaomple, the one in Mamoru Hosoda’s Summer Wars) are drawn closer together through a death in the family while others are torn apart. The lines of the cross continue on different paths after they intersect. And so, my point is that the implications of the scar as a representation for relationship (some might say empathy, but I don't really think Kiznaiver is even close to talking about empathy specifically yet) carries with it an assumption that it's the basic agony of life that binds us together, rather than a willingness to reach out to another. And maybe it's right, to a degree. Perhaps the pain is necessary to shock us out of our shells – in Soul Eater's terms, to erase our circles in the sand – and help us to realize the way we've been living so far, unfeeling, is no way to live at all. The hard work comes after this.

Happily, it does seem like Kiznaiver is aware that pain isn’t the only (or even the best) way to build relationships. At the conclusion of episode 2, it’s Chidori’s frank, warm expression of past love for Kacchon that serves at the episode's touching finale – and which helps him to open up to the group after seeing someone able to connect to his humanity, even if it was in the past. As Chidori’s tears show, this time the pain is 1) internal, and 2) personal (rather than external and impersonal like the force of a slap). Instead of the shared sting of a taser, it’s the repressed emotions she unveils that create relationship. Sure, it's not quite the same sort of balance that Soul Eater represents, but it's definitely a step in the right direction. Chidori is hurting on the inside this time, mourning the changes in her friend – and that scar, more than anything she’s experienced as a Kiznaiver, serves as a one important motion towards true connection. 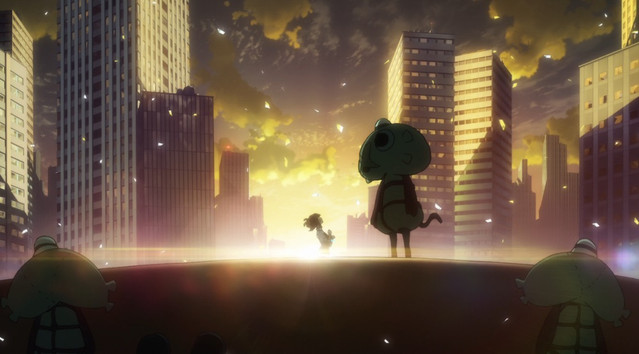