It's time for some Plus Ultra Heroism! 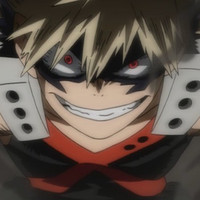 If you're watching My Hero Academia this season, you know—Katsuki "Kacchon" Bakugo is a jerk. He's mean, spiteful, and arrogant. A bully. Decidedly unheroic. And, through ten episode of My Hero Academia, he remains unrepentantly so, which casts him as the pure and perfect foil to protagonist Izuku "Deku" Midoriya. Where Bakugo is blessed with seemingly limitless talent, Midoriya struggles up from the bleak hole of Quirklessness. They are true rivals, polar opposites in everything except their shared drive to become top heroes. While Midoriya seems destined to eventually surpass Bakugo in strength, I find it the way My Hero Academia has treated the currently combant-superior Bakugo's character thus far in the series—particularly in his relationship with Midoriya—facinating. More importantly, I admire the path My Hero Academia has set out, through Midoriya, for dealing with Bakugo and people like him.

It's one thing for My Hero Academia to portray a character like Bakugo with such brutal honesty; it is, I think, another entirely to allow its protagonist to go head-to-head with an antagonist like this and win by the power of heroism rather than physical strength. By the end of battle training arc, Midoriya has defeated Bakugo in almost every category except for straight physical combat: intelligence, strategy, focus, determination, and—above all—heroic spirit. It's the last of these that's most critical both to Midoriya's character and to My Hero Academia's overall statements on heroes, but it's also a fascinating application of the heroic spirit outside the context of conflict with outright villainy. Bakugo may be a jerk, but he's not evil. That My Hero Academia recognizes this distinction is hugely to its credit, and I want to unpack a bit more how the show and Midoriya deal with Bakugo. 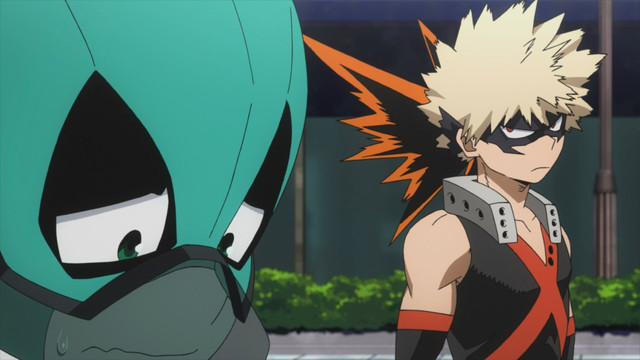 In the first volume of the My Hero Academia manga, mangaka Kohei Horikoshi writes the following on Bakugo's introductory character page: "At first, I made him a natural-born genius who would inadvertently insult people, but that got pretty boring. So I went the other route and turned him into a nasty guy with an explosive personality. I'm glad he came out so unlikable." I appreciate Horikoshi making his intentions clear, because it matches up with the way Bakugo is depicted in My Hero Academia. In short, Bakugo truly is nothing more than he appears—he's simply a prideful, powerful, mean-spirited kid. He's not a nice person, and he certainly doesn't act in a way that would cause him to "deserve" the talents he has or the success he's garnered from them. Irritating? Infuriating, even? But of course—I suspect Bakugo's character is a type all of us have encountered at one point or another in our lives. A nasty person who somehow has it all.

What I think is most powerful about the way Midoriya (and, by proxy, My Hero Academia) view Bakugo is that Midoriya's dominant reaction to Bakugo is neither fear nor resentment, but admiration. That's right, Midoriya admires the boy who has bullied him, threatened him, and pushed him down—he recognizes Bakugo's immense talent, his potential to be a strong hero, and he admires and strives to catch up to him. Midoriya never hates, never resents, but endures. It's superhuman. It's heroic.

And this is a really powerful thing, because Midoriya walks the line between allowing himself to be completely trampled by Bakugo and responding to Bakugo's constant abuse in kind. I think the question that obviously arises, then, is how? Childhood friendship aside (after all, Midoriya and Bakugo's relationship was polluted long before we joined them at the termination of their pre-high school careers), what is it that allows Midoriya to suffer under Bakugo without breaking or retaliating? The answer here is essential, particularly because it's a nuanced one. As tempting as it is to suppose that Midoriya triumphs because of some innate personal heroism, to attribute his long survival and eventual triumph over Bakugo during battle training solely to Midoriya's natural qualities does a great disservice both to him and to the message My Hero Academia is trying to get across. It's not just that Midoriya is heroic; it's that he chooses to be. 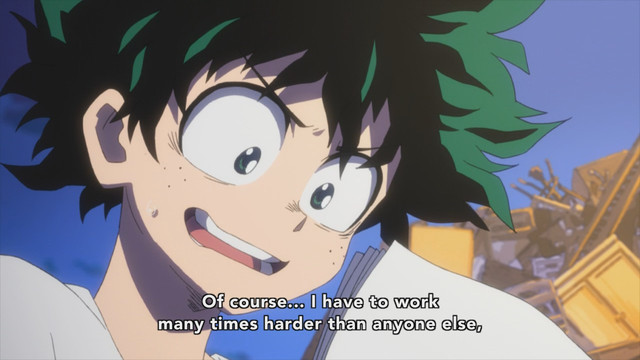 In other words, there is something more important to Midoriya than Bakugo being nice to him: living up to his ideal of a hero, the ideal demonstrated by All Might. This is why Midoriya can admire the same Quirk Bakugo uses to batter him. This is why Midoriya can focus on winning the battle training when he knows he can't beat Bakugo one-on-one. And this is why Midoriya can consistently take the high road—because he has made the decision to strive to be the hero he wants to be. As I see it, this is fundamentally different than the "ganbare!" attitude we see in many similar shows. What Midoriya does is not thrash Bakugo with a display of power from One for All, nor quietly attempt to fade into the shadows to avoid his persecutor. Rather, he takes the more difficult path of making only the choices that bring him closer to his goal and his ideal.

That, my friends, is heroism. It is the making of right choices time and time again, even when those choices are the most difficult and (sometimes) painful ones. And that, to return to Midoriya's rival, is how My Hero Academia proposes we deal with Bakugo. The sheer uselessness of rising to Bakugo's provocations is highlighted by Midoriya's literal inability to do so. He cannot control his Quirk, so his choices in terms of retaliation are extreme: risk killing Bakugo, or chose not to attack at all. So, instead, he channels his energy, his respect for the things that are good about the jerk, and the "You can do it!" of Deku into the one action that allows him to step once closer to his final, personally relevant goal. It's not about Midoriya beating Bakugo; it's about how he chooses to be a hero. 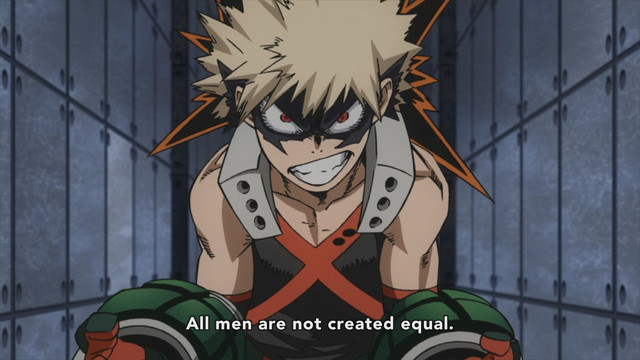 And so, Bakugo is ultimately dealt with not through a defeat in combat, but in ideals. Bakugo's want is relative to other people, and it is ultimately overcome by the purity of Midoriya's single-minded pursuit of his dream. While Midoriya may be chasing the image of All Might, he does so not to prove himself better than others. Rather, he does so because that, to him, is what being a hero is all about. The answer My Hero Academia delivers to the question of how to deal with Bakugo is thus completed: it is the true spirit of heroism. There is no room for scorn or hatred in the hero's heart, even for the nastiest of rivals. There is no time to cave to the jerk's taunts. There is nothing but the quest to become better, to be more heroic. As grand as that all sounds, it is built up on the back the choices the hero makes. Heroism is not something that needs only be applied to the great threats of looming evil in the world—rather, it is something that can and should be used at every moment... even in the most petty of adolescent fights. And that, I think, is the kind of heroism each of us is capable of striving strive to achieve.

Are you guys watching My Hero Academia this season? If so, how are you liking it and its bright-eyed love of heroes? And—to tie things back to this week's column—what did you think about the way the show handled Midoriya and Bakugo's conflict? Chime in down below in the comments (and declare your love of frog girl, too)! 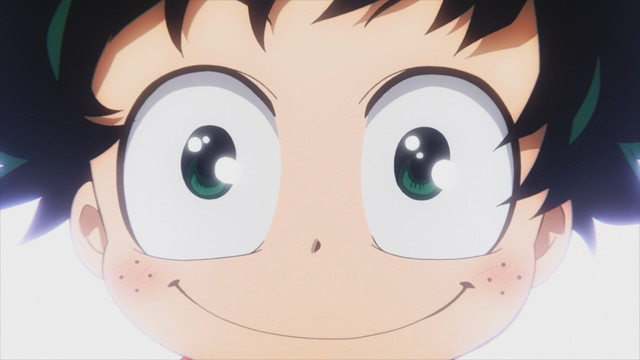 OPINION: My Hero Academia Has No Status Quo, and That’s a Good Thing