FEATURE: "Caught Up" — On KIZNAIVER Episode 9

The time has come to address KIZNAIVER's Kizna System and how it works, if at all. 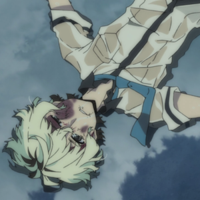 "Why is it that 'love' so often comes to two people of the same income bracket? Location? Family history? Race? That nebulous thing we call 'culture?' With so many people in the entire world, why is it that all too often one's 'true love' is actually just like us?"

This was posed by my teacher to our Anthropology class my freshman year of university as he magnanimously preened before the class, certain that everything he said would be a shocking eye opener for the untamed wilderness of our minds. Pompous nature aside, his point was not, regardless of what one might think, to dash the hopes and dreams of would-be romantics. Instead, it was more of a nod to the societal structures that automatically steer us in certain directions, whether we recognize them or not.

It's time to talk about the kiznaiver experiment itself, and how it works, if at all. 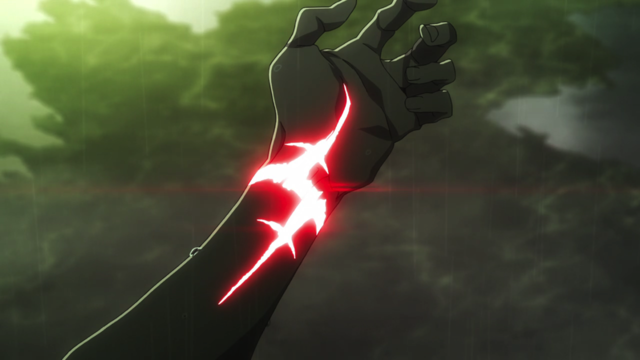 KIZNAIVER the series has intelligently focused solely on specific emotional narratives until recently. Why? It's a lot better of a story if these things happen to characters we grow to care about or can sympathize, if not empathize, with. Until Episode 9, the only explanations of the experiment came from Noriko Sonozaki's orientation and subsequent presentation — it was designed in search of world peace by connecting people through wounds.

This is expounded on further by Kazunao Yamada in his slide presentation to the kiznaiver class. Initially, the experiment was a much-lauded one with a large bankroll and powerful backers. Sugomori City was the designated laboratory, funded by large corporate sponsors and the Japanese government. These sponsors and the researchers that they selected were so bought into the kiznaiver system's potential that they offered themselves and their children as guinea pigs. With each successive failure, the project had less support, presumably bringing the kiznaiver experiment to where it is in the series' present day: a small group of seven teenagers overseen by a waning group of researchers in a last-ditch effort to prove that the project is worth something before their remaining backers pull the plug.

Fortunately for Sonozaki and company, this is the most successful iteration of the Kizna System to date. They manage to link their charges' negative emotions together along with their physical feelings of pain. Then, there's a glimpse of a positive emotional connection — something unheard of in previous experiments — when Honoka Maki comes to terms with her middle school friend's death and accepts the rest of the kiznaiver group. The research group pounces on this immediately, manufacturing a situation to further toy with the emotions of the kiznaivers by pairing them off romantically.

Yet, the researchers' words in Episode 8 and subsequent actions for the series eighth and ninth episodes don't match up — possibly because they've mislabeled love as a happy emotion. Love is a multi-faceted feeling with actual depth and nuance, something that is difficult to pinpoint as positive or happy. Instead, it can be both uplifting and painful, inspiring and depressing — at least for teenagers who are still trying to figure out who they are, never mind if they can come to care about another person that strongly. Forcing them to face the various love triangles that have cropped up within the group due to childhood attachments or forced proximity — Nico Niiyama being paired with Hajime Tenga is especially egregious — leads only to pain. 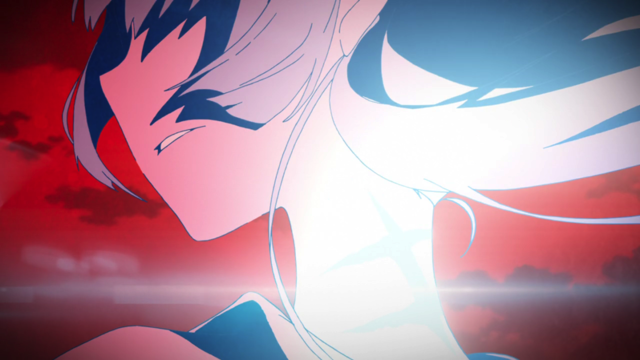 This results in all of the kiznaivers lying on the ground outside of the school, wordlessly expressing the same thing — "It hurts." — echoing an identical scene from Katsuhira Agata's childhood. He, and presumably all of the other teens chosen for this iteration of the kiznaiver experiment, were once part of a similar, if not identical, experiment as young children. At the very least, Sonozaki and Katsuhira are connected from a past Kizna System and Episode 9 makes it abundantly clear that their bond has not been fully severed.

Not-so-coincidentally, the only time that the Kizna System produced positive, shared emotions amongst its charges was when they go out of their way to help Honoka face her personal emotional baggage. It's the least-manufactured situation that they are placed in and occurs while they're being observed, not directed, by the researchers.

This is also why, despite the focus on Chidori Takashiro's emotional pain — kickstarting the entire "It hurts" sequence — and feelings for Katsuhira, she is difficult to resonate with, at least for me. All of her feelings have been manufactured and broadcast, either by the current kiznaiver experiment that she's a part of, or the previous one that presumably placed her and Katsuhira in close proximity for the first time. Hajime Tenga falls similarly flat, especially since he refuses to address his own feelings, turning to violence in the name of justice instead.

Oddly enough, Nico is surprisingly charming, perhaps because she's completely ditched her initial "eccentric weirdo" persona and continuously focused on having friends. Nico was one of the people who initially wanted to go after Honoka, even when the experiment didn't call for it, and is the most outwardly honest with her emotions — making her a more genuine character for expressing her desires internally and externally.

Finally, there's Sonozaki. With her lies the key to unlocking Katsuhira's lost emotions as well as the entire Kizna System. Sonozaki's relation to Katsuhira is similar to Chidori's, but due to the lack of proximity since their childhood and Sonozaki's own lack of emotion at the start, her increasingly apparent feelings come across as more true and honest. Connected from a previous experiment, Katsuhira learns that he only resonates with Sonozaki. Despite the identical scene to his childhood — people writhing on the ground expressing their pain — he cannot connect with them like he can with Sonozaki. For her part, Sonozaki shows signs of furthering the kiznaiver experiment for her own personal gain, something that is likely tied to her past with Katsuhira, especially after he expresses disappointment in her actions. She repeatedly states that she will not allow the experiment to stop, and purposefully goes to Katsuhira in the typhoon, in the name of furthering the kiznaivers' trial. Her presence ends up ultimately causing them more pain, amplified by Yamada's machinations. 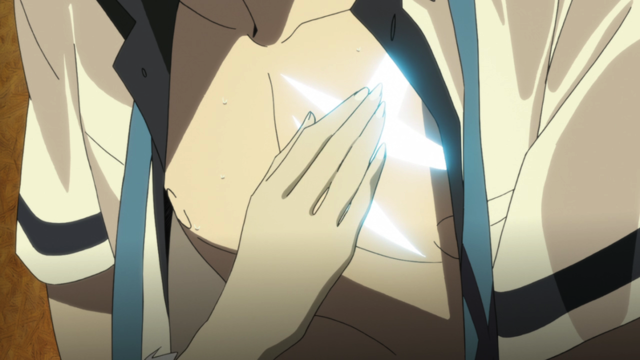 At the end of it all, Mutsumi Urushibara — another researcher turned teacher to keep tabs on the kiznaivers — reiterates that they'll be released from the Kizna System at the end of the summer, per Sonozaki's promise. However, with Sonozaki and Katsuhira's recent developments, it's likely that this is even possible, regardless of whether the researchers try to sever their bond or not. Their feelings for each other may have been created as a result of proximity, age, and this manipulative experiment that they've been forced into; however, the question remains as to whether that makes their feelings any less valid — a question I hope KIZNAIVER answers.

Crunchyroll Adds The "Kiznaiver" English Dub To Its Catalog!