We live in an imperfect world, searching for our ideals. 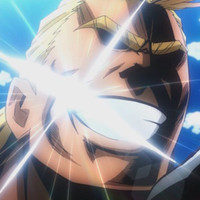 If you've been watching anime for any length of time, you're likely familiar with the trope of “working hard to achieve your goal.” Long cultivated in the world of shonen manga and anime, the venerable refrains of "try your best!" and "don't ever give up!" have found their way into many other genres, including such seemingly disparate sorts as idol shows and romance stories. This season, no show plays into these classic beats as perfectly as My Hero Academia (which I wrote about last week!) does with its underdog protagonist and his quest to follow in the footsteps of the greatest hero. And while My Hero Academia is definitely a story of optimism, it's also not one that imagines the path to achieving the ideal of heroism is an easy one or that the ideal itself is one that can be easily grasped. 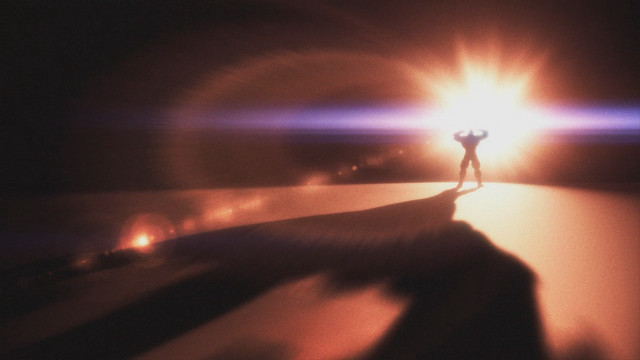 If you ask me, Concrete Revolutio is hands down one of the best anime to come out in the last few years. Although it was almost immediately unpopular within the larger anime fandom because of a narrative structure that relied on numerous timeskips and non-sequential storytelling, it's proven itself to be perpetually thoughtful with its incisive critiques of society, superheroes, and justice (besides the fact that its episodic structure has allowed a stable of excellent scriptwriters to be wildly inventive as they explore the show's characters and themes). In short, it's an exceptionally dense show – but, as I alluded to earlier, its primary ideal of choice is the concept of "justice." In Concrete Revolutio, protagonist Jiro Hitoyoshi quits working with the Superhuman Bureau after struggling and failing to achieve his ideal of justice while working within the government agency.

As Jiro sets out on what, on the surface, might look like a typical shonen hero's journey to bring justice and good to the world, he finds that his quest may very well be impossible due to the myriad forces aligned, not against him, but with their own versions of what is just. To put it back into the terms of the classic arc we see in My Hero Academia, it ultimately doesn't matter how much Jiro does his best or how hard he works – the things he's wrestling with can't just so easily overcome. But it's not that this is a totally pessimistic outlook Concrete Revolutio takes; it's simply a acknowledgement that there are times when hard work can't solve our problems. What do we do then? Well, as Concrete Revolutio is ever-obsessed with justice, it's equally as committed to the idea of heroes and ideals. It's the shattering of the heroic image of the people he once saw as ideals that breaks Jiro, but it's to belief in that same pure image of heroism (the same image that My Hero Academia so dearly loves) that Concrete Revolutio directs our gaze in response.

Concrete Revolutio's world isn't one where the "try your best!" mindset will bear the sorts of substantive results it does in settings like My Hero Academia, but it is one where hope remains if we can continue to believe. Even if it's impossible, the quest for your ideal is not futile, Concrete Revolutio seems to say. In these cases, the fact that we continue to struggle is what's important – we try our best not because it will make us the greatest hero, but simply because that's the most right thing we can find to do in this world. 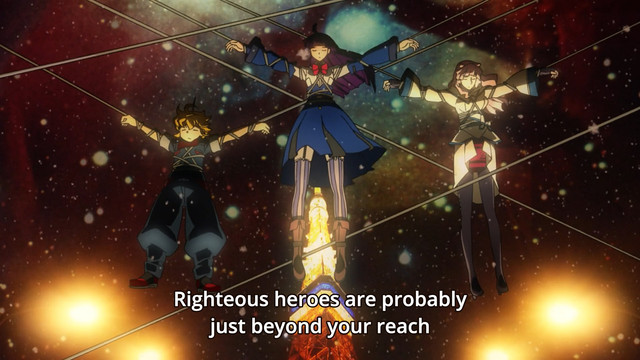 And so, while My Hero Academia imagines working for a goal that's achievable through hard work and Concrete Revolutio proposes that it's worthwhile striving for an ideal that's impossible to achieve, Space Patrol Luluco's latest episodes have been about what you do when you find out your goal – in this case, a crappy first love – has been kind of worthless all along. In episode 11, we find Luluco literally dead from heartbreak by betrayal, having been told her first crush was valuable exclusively because of its worthlessness. Tough circumstances for a normal girl who only wanted to be loved by the boy she admired.

The truths forced on Luluco in episode 10 (that her crush was “worthless”) and the realizations she has on her own in episode 11 (that she had just interpreted Nova’s behavior as loving her because she wanted it to be so) parallel those of Concrete Revolutio in the unflinching way they express the reality of their respective worlds. However, where Space Patrol Luluco diverges from My Hero Academia and Concrete Revolutio is in how the goal is treated. Where “heroism” and “justice” are clearly shown as worthwhile and valuable within their shows (and likely have inherent value to the viewer, as well), Luluco’s quests for idealized love from Nova and for the retrieval of her ideal normal life are far less grand in their ambitions. I feel it’s important to note that Luluco as a whole isn’t really coded in shonen journey terms, but even so there’s no denying Luluco tries really hard to achieve both of her goals.

TThe conclusion Space Patrol Luluco arrives at regarding the hard work of pursuing an ideal—and really, Nova is an ideal—proven to be less noble than it seemed is more or less that it doesn’t matter if Luluco’s crush is worthless or not. Rather, the truly important thing is that it’s precious to Luluco and that she wants to pursue it. That’s justice! 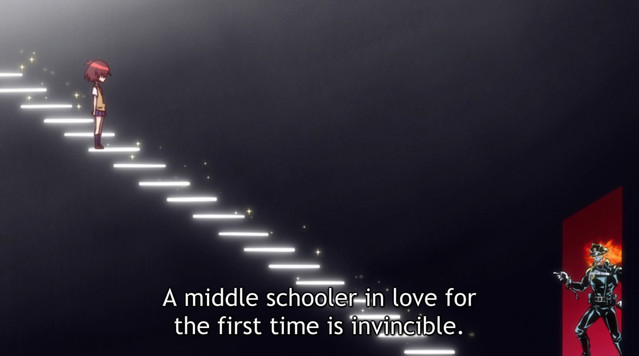 In the end, I think neither My Hero Academia’s positivist take on its ideals nor Concrete Revolutio’s significantly more realist one nor Space Patrol Luluco’s personal angle are superior to each other. We all encounter ideals in different forms throughout our lives – some noble and grand, others small and perhaps selfish. But no matter what they are, they all give us something to strive for and hope after, something to pursue as we journey through our lives. Heroes, justice, and love... it may be that we can’t live without any of these.

Now it’s your guys’ turn! Whether or not you’re watching these three shows (and I hope you are!), you’ve already probably seen a handful of anime about pursuing ideals of various kinds. What are your favorites? And how do My Hero Academia, Concrete Revolutio, and Space Patrol Luluco stack up?