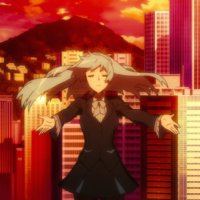 The job of a penultimate episode is a monumental one. Tasked with organizing all of a series' dangling threads prior to the finale — which will presumably resolve said threads, although this is in no way guaranteed — a series' penultimate episode acts as a bridge between the main series and its conclusion. In true penultimate fashion, KIZNAIVER Episode 11 ends on a climactic note both thematically and visually, as Noriko Sonozaki stands bathed in the sunset against the backdrop of Sugumori City, proclaiming to whoever is able to hear her that they can share their pain with her rather than bear it alone.

KIZNAIVER's eleventh offering isn't a particularly strong penultimate episode in terms of plot, but it's another rough sketch that encapsulates what the series excels at and where it falls flat.

For the past few episodes KIZNAIVER has primarily focused on the growth, or lack thereof, of both Katsuhira Agata and Noriko Sonozaki, survivors of the initial kiznaiver experiment. Katsuhira had the majority of his emotional responses removed, while Sonozaki feels an overabundance of others' emotions to the point where she has to routinely be sedated just to be a functioning being. 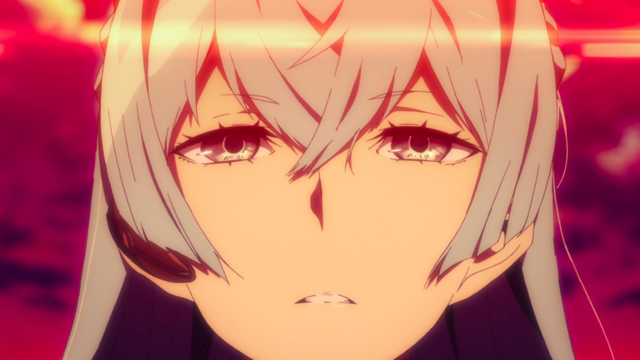 Since the series' sixth episode, which ended with an awkward but surprisingly effective scene between Katsuhira and Sonozaki, where Katsuhira expressed his disappointment in her, KIZNAIVER has explored their parallel narratives. The starting point to their respective stories was shown through Sonozaki's flashbacks, where Katsuhira introduces himself before the experiment begins. As Sonozaki narrates her thoughts over the memories shown, we begin to understand her a bit more. We know that Katsuhira lost his ability to feel for himself or others, and now we are shown — and to some extent told, through Sonozaki's monologue — that Sonozaki feels the complete opposite of Katsuhira. She associates pain with bonding and closeness, later telling Katsuhira that he'll be unable to find true happiness if he doesn't regain his ability to feel pain.

Sonozaki's role as an empath of sorts doesn't work well within the larger story, partially because she's even more deadpan than Katsuhira — despite her ability to feel a significantly larger amount and range of emotions. We're told of what happened to Sonozaki, but it's difficult to resonate with her at all. I don't feel anything for Sonozaki aside from the most general veneer of sympathy for her situation because her character itself is presented as emotionless. Yes, the story has reasons for this, but it makes her all the more difficult to relate to because KIZNAIVER has yet to show her in a relatable situation. Trapped in a science experiment for the purpose of seeking out world peace isn't something that I imagine most, if any, of us can resonate with. The most poignant pieces of Sonozaki are hidden deep in her memories in the form of simple childhood interactions, and had yet to be expressed until this episode. Understanding isn't simply something that KIZNAIVER needs to explore within its own narrative, but also something that it needs to inspire from its audience. Admittedly, the series has been hit or miss with me, although the pieces that do resonate are felt very strongly. 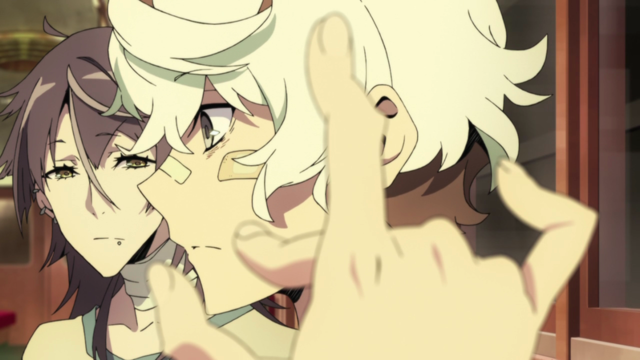 By contrast, Katsuhira receives some fantastic interactions with a few of his former kizna system friends, as well as the researcher Mutsumi Urushibara. After finally experiencing pain of his own, he goes about clearing the air with his childhood friend Chidori Takashiro first, inadvertently rejecting her romantic feelings in the process. This has a chain effect, finally inspiring understanding from Chidori as she realizes the truth of what Hajime Tenga was talking about in the previous episode. Simply hearing it from Tenga didn't make her feel anything, she had to experience that emotion for herself.

KIZNAIVER is at its best when it's quiet, operating in the smaller spaces between characters. Chidori falling to the floor after Katsuhira's phone call, Honoka Maki wondering what it looked like when she last smiled before glancing over at the manga she made with Ruru, Tenga stalking past his prior punching bags deep in thought as they nervously watch him walk by — all of these transitions are artfully framed and show just enough without becoming overbearing. 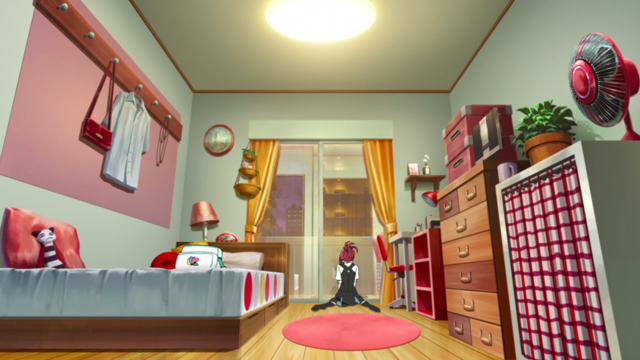 Then there are the character interactions themselves. Nico Niiyama, Yoshiharu Hisomu, and Katsuhira together on the train was a treat, especially when Nico does get a bit too forceful while Katsuhira retreats into his own mind. Nico continues to be a communication conduit for the kiznaivers now that she's fully embraced her own personality rather than a forced eccentric exterior in a plucky, heartfelt way that makes me want to root for her.

Later, Hisomu provides soothing noises as a background for Katsuhira's thoughts, assuming the position of sage advisor in a situation where any more or less of his character would upset the delicate balance of the moment. Instead, he comes across as genuinely thoughtful, something that I never would have suspected following his introduction in Episode 3.

Even the cheesy reveal that the emotions the kiznaivers were feeling were their genuine empathy for others rather than being forcibly connected by physical and emotional pain was palatable because the character interactions are so strong. Urushibara's patient smile to the kiznaivers when they don't understand how empathy works, or her soft "Of course" to Katsuhira, Hisomu, and Nico as they leave on the underground train are strong character moments alongside Hisomu's aforementioned soothing soundtrack.

In fact, Sonozaki's climactic speech is one of the weaker parts of this episode, despite the fact that it dutifully fills the role of a penultimate showpiece, setting the stage for KIZNAIVER's finale. Just as Sonozaki has failed to create the bond of understanding that she wanted with Katsuhira — as evidenced by her statement that "the piece of her inside Katsuhira" isn't actually her — KIZNAIVER has failed to make Sonozaki particularly interesting beyond her purpose to the overarching plot which is especially unfortunate given some of the series' other stellar character interactions.

Studio Trigger's other property this season, Space Patrol Luluco, also deals with emotional resonance — including a handy KIZNAIVER shout-out in its twelfth episode. There, the conclusion is more optimistic, that emotional connections are worth pursuing regardless of risk or pain. KIZNAIVER seemingly aims to take this one step further, exploring the relationship between shared pain and its role in building relationships. It hasn't always been successful, but in between its more grandiose, forced moments like Sonozaki's speech, KIZNAIVER has shown smaller, genuine touches of empathy for its own characters and their relationships with each other. How has KIZNAIVER worked for you? How do you think the series will end?