FEATURE: "Does that answer your question?" — KIZNAIVER Episode 12

Now that KIZNAIVER has come to an end, it's time to look back on the series' successes and failings 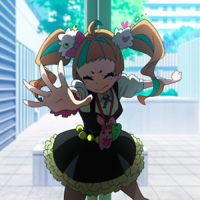 "You guys are all background characters in Nico's dream."

Recommending KIZNAIVER isn't without its caveats. Throughout the series' run, I often saw fans or viewers of the series on various forms of social media telling others to give it a shot while reiterating that they needed to be mindful of this or that. KIZNAIVER isn't an organized or consistent series. It's very messy, despite an ultimately simple message, with thrilling emotional highs and other moments that fall completely flat, making the series about as lifeless as its male lead, Katsuhira Agata, before Katsuhira begins to uncover and unpack his own thoughts and feelings.

The visual direction, small character moments, even minute details like flower choices are all phenomenal. Sure, the end result is "empathy was inside you all along, just like your Buster Machine and your ability to fall in love" — a message that's about as corny as the Final Fantasy VIII-style reveal that I was expecting, which I'm more than happy to be wrong about. Yet the visual heavy lifting combined with minute character interactions make the entire series worth exploring. 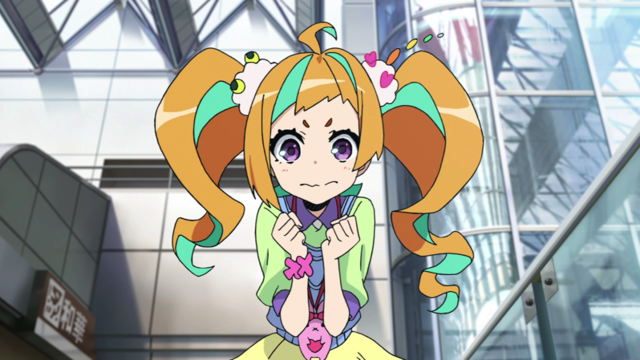 Often lost in the visual and emotional highs are the slow developments that occur over the course of the series' run. Initially, the comparisons between KIZNAIVER and The Breakfast Club, were readily apparent due to ringleader Noriko Sonozaki's comparison between her kizna system charges and what she dubbed "the new seven deadly sins" — essential anime archetypes like "the musclehead thug" and "annoyingly self-righteous". However, KIZNAIVER chose to travel a different path than the John Hughes classic movie. Rather than use the scope of the series to explore how these archetypes pigeonhole their assigned characters within the kizna system, the series uses these archetypes as a starting point for their respective growth. The main characters within KIZNAIVER are initially connected through physical pain, and subsequently forced to reveal their innermost secrets to each other, facilitated by their researchers rather than organic conversation.

Inherent to this somewhat backwards approach is the question of how realistic their bonds can be when forced by the experiment itself. The Breakfast Club avoids this completely by having its characters share one monumental experience together and then parting, knowing that they've had an impact on each others' lives despite the fact that they'll still not move in the same social circles during their high school career. By contrast, KIZNAIVER's kizna system binds its charges together, but then forces them into friendship, ending with the ever-so-shocking notion that they became friends through the course of the experiment — "being friends" isn't something that officially occurs with a MISSION CLEARED message, but gradually happens over time and shared experiences. This works with some characters better than others. 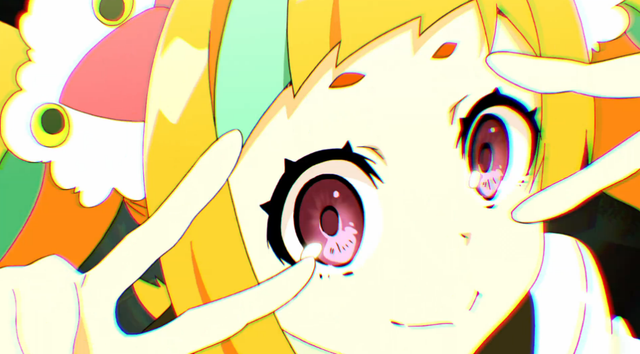 Nico Niiyama is the greatest accomplishment of both KIZNAIVER and the in-universe kizna system. Initially cited as the "eccentric headcase" archetype, Nico quickly reveals in the series' second episode that she invented her eccentric, fairy-worshipping personality to avoid being hated for her good grades and parents' wealth. Presumably, by automatically placing others at a distance from her fake eccentric personality, Nico was at least able to somewhat control how others' saw her — as a weirdo, not a stuck-up rich girl.

Throughout the series, Nico proves time and again that she's also the most emotionally honest of the kiznaivers — aside from Katsuhira, who lacks emotion and doesn't have the same hangups about divulging what he does know of his personal secrets. Quickly abandoning her fairy-child persona, Nico becomes a genuine voice of emotional strength and is often a catalyst for other actions that the kiznaivers take. Naturally this backfires at times. For all of her forthrightness, Nico can also be emotionally dense, not recognizing when others actually need time to think. She conflates time alone with hiding one's feelings, leading her to pressure others crudely.

Yet, every group needs a friend like Nico — someone who is willing to say that they don't like someone, yet will support that same person because their friend loves them. Sometimes people are that dense, and require someone to step up and simply be honest, even if the truth hurts. Above all else, Nico showcases an unwavering loyalty to her friendship group even before she recognizes them as her friends.

If I had guessed immediately after episode one the KIZNAIVER character who would have ended up with this brutally honest and loyal personality, it would have been Hajime Tenga, the person who defends Katsuhira because he deems it "the right thing to do." Yet Tenga and fellow male kiznaiver Tsuguhito Yuta fall woefully flat for the majority of the series. The backwards approach doesn't work for all of the characters, especially when the series focuses on some more than others in service of the core narrative: Sonozaki and Katsuhira's past with the kizna system.

During the series' run, I joked that the characters of KIZNAIVER might end up discovering that they're all "an imbecile, and annoyingly self-righteous, a musclehead thug, and high-and-mighty, cunning normal, an eccentric headcase, and immoral," in the same vein of The Breakfast Club. This was not the case, since KIZNAIVER chose to almost immediately abandon these archetypes in favor of developing their characters through the experiments and situations presented to them by their handlers. Ultimately, the discarding of these archetypes are a microcosm for KIZNAIVER as a whole — loaded with a myriad of ideas that don't always work out well. However, when they do, like Nico, they're incredibly rewarding to watch.

So is KIZNAIVER worth watching? I would definitely say so, but I often prefer more raw or incomplete projects as opposed to a sleeker, more organized product. What do you think?