START:DASH!! into something new, and something familiar. 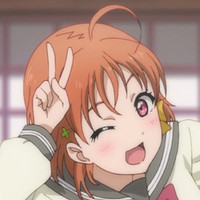 Love Live! is back! I feel I can say this with confidence, because the first episode of Love Live! Sunshine!! was not only a joyous occasion on its own, but also as an extension of the original show. Despite my preference to view sequel shows like Sunshine!! as their own things, it's undeniable that this is an anime deeply indebted to its predecessor—in style, construction, purpose, and, most importantly, spirit. While it's common practice to talk about things such as "theme," "characters," and "atmosphere," when describing shows, I think we often forget that even these broad elements of a show are just that: pieces of the final product. While it's difficult to describe, every anime has its own unique nature, what I like to call the "spirit" of the show. By my definition, this is the fundamental essence of any anime, a summation of its distinct parts into one intangible feeling of being. The original Love Live! had a unique kind of such a spirit, and from what I've seen in my experiences with the Love Live! fandom, this is the defining quality that ultimately attaches people to the show.

The best way I can describe it is to say that Love Live! is inhabited by a particular spirit of joy, an exuberance about simply existing and being alive that spills out from the show into the hearts of those who are ready to accept it. In a retrospective post I wrote about the ending of the μ’s, the school idol group at the core of the original Love Live! anime, I defined this as the "cult of positivity." While Love Live! certainly had its moments of drama and relative darkness, in the final estimation Love Live! was a show that rode on an updraft of inspiration, goofiness, undistilled faith in humanity, and the power of optimistic joy. I realize I'm drifting a bit into the hyperbolic here, but in a way that's exactly the point. That kind of over-excited hyperbole is exactly what the spirit of the show was about. 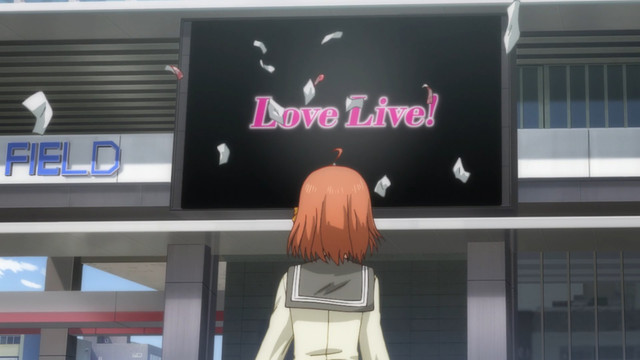 What's interesting about Love Live! Sunshine!! is how openly it displays its allegiance to the fundamental franchise spirit. There is, of course, the basic fact that the "Love Live!" name has carried through as a marker, but the legacy of μ’s exists within the actual universe of Sunshine!! in a very real way, as the original school idol group of Otonokizaka High School becomes the inspiration for Chika to start her own school idol club. It would not be a stretch, I think, to see this as evidence that Sunshine!! is acutely aware of the inspirational power of the first Love Live!'s spirit of joy, taking that intangible characteristic of its predecessor and manifesting it as a concrete thematic idea inside of its own world. It is a demonstration that Sunshine!! believes in this spirit, and that it has chosen deliberately to carry it on.

While you could justifiably argue that this is a sign of a franchise that's drank way too much of its own kool-aid, I personally find the fact that Sunshine!! is so well dialed into the essence of Love Live!'s appeal both exciting as a fan of the franchise and intriguing as a critic. It should be noted that Sunshine!! being able to accurately recapture the the feeling of the original show wasn't a guarantee. Although series composer and scriptwriter Jukki Hanada returned, both the director, Kazuo Sakai, and (more important than you would think!) music composer Tatsuya Kato are new to the franchise. However, the premiere is solid proof that even under the guidance of a new director, Love Live! Sunshine!! is set to inherit the spirit of the original series while also being its own thing. And as to the point of whether or not this all means Sunshine!! is full of itself, I suppose I'd just say that seems an ungenerous way to read a series as honest about its intentions as Love Live! Sunshine!! is.

But I said the "spirit" of a show is more than just its themes, so how else does Sunshine!! invoke the original's spirit of joy in its premiere? Here's a hint: 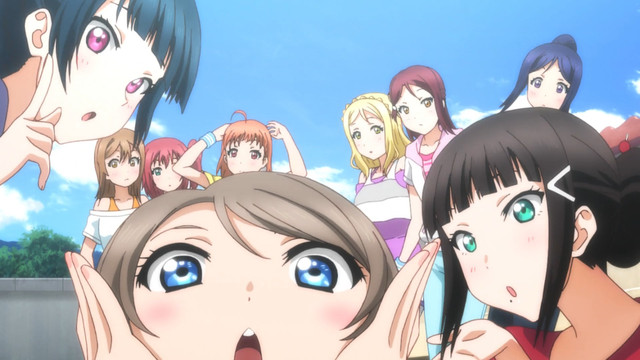 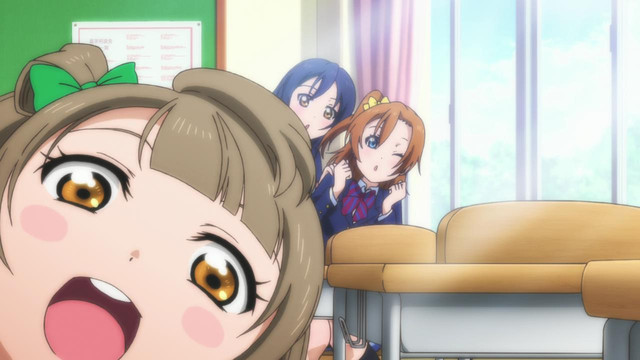 Looking past the obvious callback that appears in the Sunshine!! OP (left), the larger point is that Sunshine!! clearly understands that there being a Love Live! show is more than just directly referencing the original and throwing funny faces on the screen. Sure, the humorous expressions are part of it, but it's also the speedy energy with which Chika and You chug the through the assorted (mostly silly) introductions of the other 7 future members of Aqours, the way said introductions lean into the dorky quirks of the cast to endear them to us by way of character-based jokes, the super campy soundtrack, the mixing in of quieter moments like Chika's thoughtful conversation with Riko on the beach, and, above all, devotion to the idea of inspiration. All of these individual parts pool together, filtered through Sunshine!!'s positive spin on each situation and the fresh feel the coastal setting offers, to create a premiere that feels distinctively Love Live! and yet also new and exciting. End even that kind of optimism for the future, you might say, is just another contributing factor to the spirit of the show—joy and hope, after all, are two sides of the same coin.

In the end, all of this is really just to say that Love Live! Sunshine!!'s premiere does a marvelous job of being something that captures the most important and worthwhile part of the original Love Live!, maintains its appeal to the fanbase of its ancestor, and also leaves enough room to welcome new fans into the fold. Oh, and it's fun as heck, too. After just one episode, it's hard to say what Sunshine!! will do on its way to the inevitable conclusion of the Love Live!, but at the very least I'm grateful that it returned me to the joy the original Love Live! gave me in such an intentional way. Here's to much more coming our way!

So, what did you guys think about the first episode of Love Live! Sunshine!!? Whether you're new to the franchise or a long-time fan, I want to hear from you in comments!

Note: Due to a work trip, there will be no Aniwords next week, July 12th. We'll be back again on the 19th! 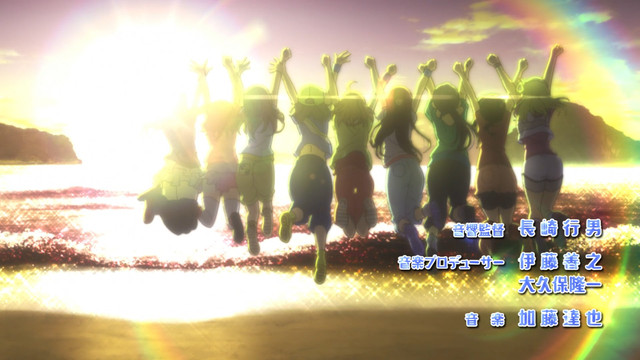 Square Enix to Let Anyone Be an Idol From Home With Love Live! School Idol Festival Arcade Game on Playstation 4