FEATURE: Re:ZERO and the Art of Negotiation 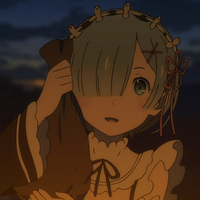 This week’s episode of Re:ZERO was an exercise in frustration which, at this point, is a blessed reprieve from the Sisyphean labor of personal suffering we have vicariously endured. After twice failing to reach Roswaal’s estate in time to save anyone, Subaru has looked to the individuals in the capital with access to private armies for help, Emilia's rivals for the throne, who only recently watched Subaru twice humiliated by Julius. Now on his third attempt to reach the etsate without aid, it’s looking like Subaru will soon find himself once again standing in front of that familiar appa stand. Will this cycle prove any different? The potential is there, so long as Subaru shows some of the spirit and ingenuity he displayed earlier in the series. 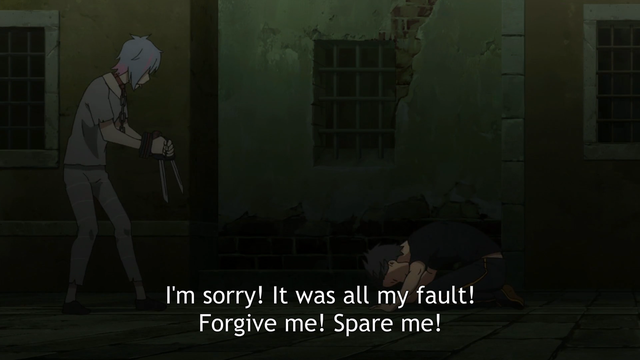 The master at work

Over the course of his negotiations, we see Subaru forced to directly face a problem he has miraculously avoided until now: culture shock. Subaru was very fortunate that many of the individuals he met when he first arrived in this world--at least the ones who didn’t want to see what his insides looked like--were fundamentally compassionate and reasonable people. Although the context of their problems largely eluded him, he was able to understand the issues other characters were facing enough to help them, allowing him to skim along surface of an extremely complex and utterly alien culture. It wasn’t until episode 13 that his ignorance became a major stumbling block. 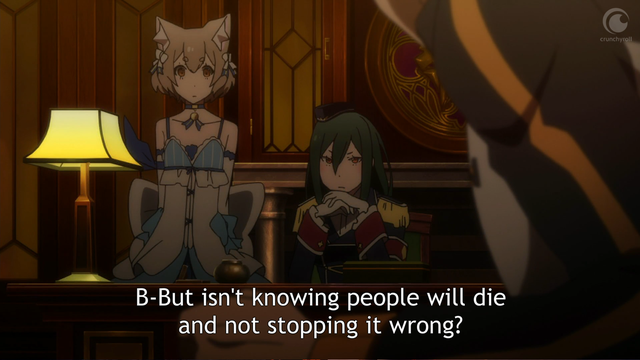 Now forced to play politics and bound to fall flat on his face, Subaru must learn from his failures and find out how to deal with these people. If Subaru pays attention, having the minutiae of this culture and his litany of personal shortcomings explained in condescending detail could prove invaluable. Being able to apply this knowledge retroactively would be even better. 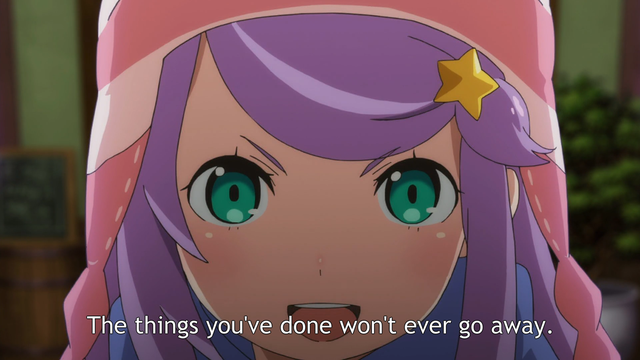 Crusch has twice now served as Subaru’s instructor regarding the political landscape of Lugunicia only to watch Subaru storm out. Although it makes intuitive sense that a figure of authority with access to an army would provide aid when forewarned of an attack, things simply won't work that way while each is competing to claim the throne. Crusch was more than generous in describing that she, or any of the other candidates would need a compelling reason providing aid would be to their own benefit, otherwise they would be needlessly exposing themselves by turning away from their political opponents. It's up to Subaru whether or not he is willing to accept the realities this less idealistic political landscape, but doing so would allow him to focus on what is will be his greatest hurdle Subaru in securing aid. 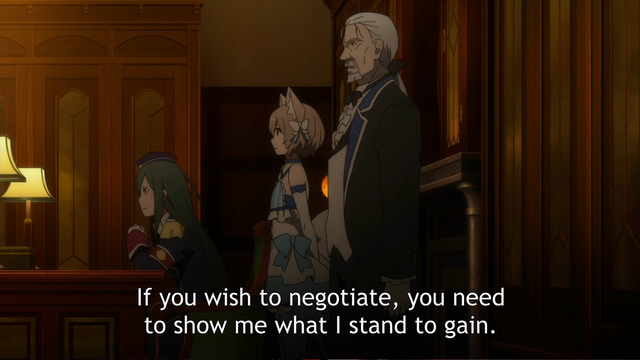 "Pretend this is the UN. Ignore the catboy."

An even more valuable lesson aimed toward Subaru has been his automatic response to a rejection based on reasoning he doesn’t agree with. His lashing out has likely come close to causing a few more resets during his most recent efforts and, in his latest encounter with Crusch, sealed the deal that she would not provide aid. Conduct is just as important as context in this world, so openly wearing your disdain for someone or revealing your murderous intentions, no matter how justified, is a sure way to turn people off to your proposal. Whether mounting stress is taking it's toll or not, hopefully Subaru's latest failures will allow him to recognize that his temper has now sabotaged his efforts on several occasions. 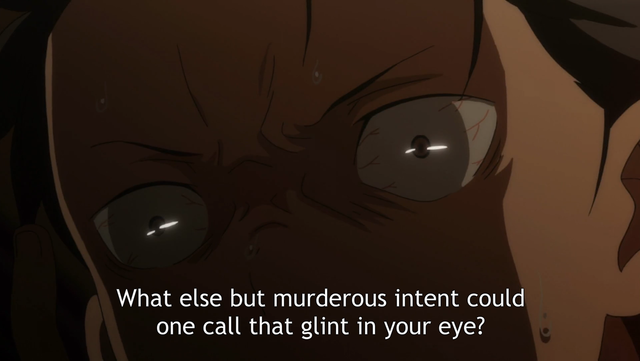 She's got you there

Priscilla, being a contemptible monster, was predictably the least helpful of the candidates Subaru entreated for aid. Appropriate to her selfish character, the only possible lessons to be had were in how to approach dealing with Priscilla herself. Subaru, of course, accomplished this by doing just the opposite of what he should have. Rather than negotiate, Subaru thoughtlessly debased himself to satisfy her demand on the promise that she would simply consider assisting him. Priscilla has made it pretty clear to this point that Subaru’s character intrigues her, likely due to his similar contempt for the social niceties of Lugunicia. Subaru committed an even worse sin than simply being pathetic, he wasn’t interesting. For a woman who thinks of the world as a construct designed for her entertainment, a toy that ceases to be amusing is a personal insult. It shouldn’t come as much of a surprise that she is the type of person who breaks old toys. Knowing this may allow him to surprise her next item around... or maybe just avoid her entirely. 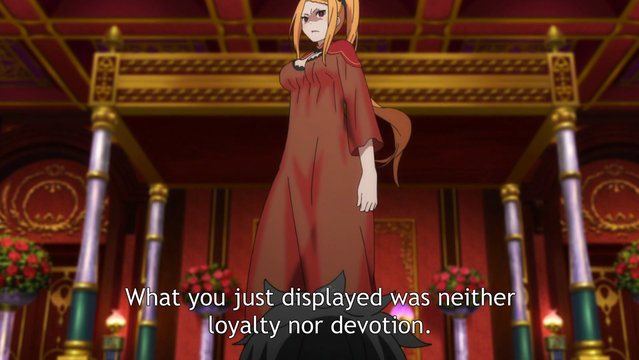 Maybe she was hoping you’d bite her?

In a particularly satisfying act of social subterfuge, Anastasia proved to be the greatest educator among the candidates while simultaneously duping him with the very strategies she was describing. Her lessons in negotiating were probably the most sorely needed among the many things he was taught and her live demonstration of each technique in action is sure to make the lesson impossible to forget. Informing Subaru that you must get on someone’s good side while writing down the details on where he can procure a dragon-drawn carriage. Telling him you have to find out what someone wants and dangle it in front of them for leverage while you make sure you get what you need, all while holding onto said details during their chat. Then, the most important detail, coming to the negotiating table prepared while revealing the entire establishment was filled with her men. In addition to being immensely satisfying to watch in action, Anastasia's strategy is most important since it focuses in the crux of Subaru's issue. Regardless of his personal feelings, securing aid will require influencing other people. 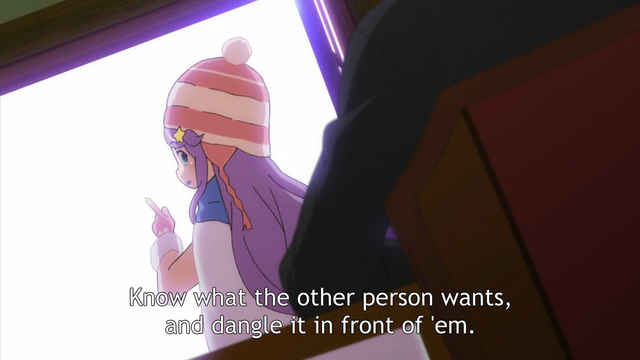 In addition to the lessons each candidate imparts to Subaru, there is one common message. None of them think much of him after his public embarrassment. Anastasia goes so far as to tell him so, taunting him by saying the only way he could change his reputation is by changing his past. Ironically, this is the first time that changing his past actually presents a predicament for Subaru since his arrival. What may be his biggest obstacle, however, might also present a unique opportunity. Although Subaru will have to overcome his less than sterling reputation, his blundering has put him in a position where no one expects much from him. Anastasia wouldn’t have bothered explaining any of that to Subaru if she thought he was already savvy. Being able to retroactively make use of information is the greatest weapon one could wish for in the realm of politics. Being underestimated can't be far behind. 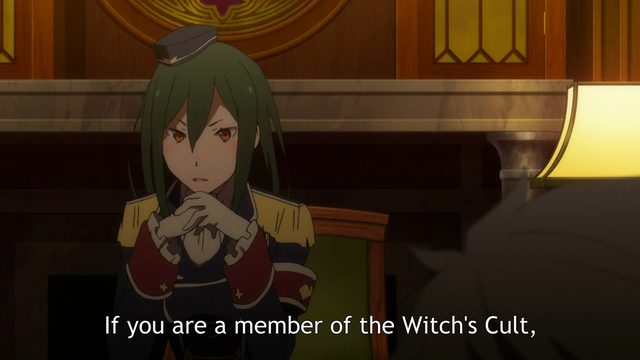 Subaru committing to the Renegade playthrough

Being given tools and putting them to use are two very different things, but we see a shining ray of hope just before the end. Upon meeting with the merchant caravan, Subaru shows that he may have begun to internalize some of the day’s harsh lessons. In listening to the merchants talk, he found an area of need when they mentioned Otto’s unseasonal oil purchase. Although money is the simplest of motivators, Subaru used Otto’s need as a negotiating tool to get the caravan to serve as transportation not only for himself and Rem, but to also evacuate the entire village. Not only did Subaru successfully adapt to the situation and take advantage of it, but he was proactive about changing his methods like pre-crisis Subaru had been. 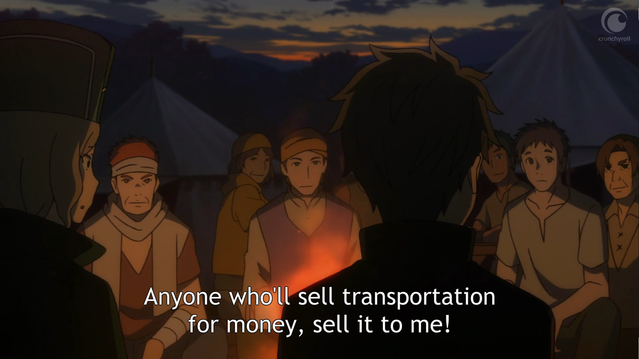 Is this one of those "plan" things you used to make?

Now we are back in familiar territory, faced with a nearly impossible but theoretically probable challenge in which Subaru’s ability to return by death carries immense value. As it’s very likely Subaru will soon find himself once again standing in front of that appa stand, Anastasia’s lesson about knowing what your opponent wants before going into negotiations has some major connotations. By virtue of their willingness to negotiate with Subaru despite his reputation, each candidate presented a slim possibility of being willing to make a deal. If Subaru can figure out what each candidate wants and how make them think he can give it to them, he may be able to form an alliance. Even if it takes several tries to gather all the information he needs, Subaru has been shown a path and its pitfalls. Perhaps it will lead us all to a happier place. 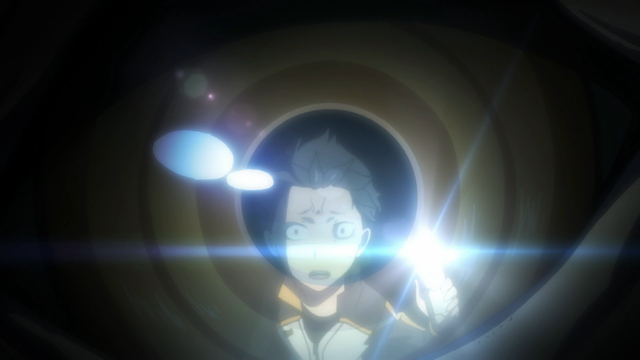 You'll do better... next time