See how the fictional version of Orange’s Matsumoto compares to its real world counterpart! 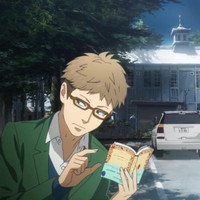 Anime vs. Real Life finally returns now that I am back from my trip to Japan. Fortunately, I was able to visit some of these cool anime locations myself during my free time, so please look forward to these in the coming weeks. First up, Orange!

Orange, based on the identically named manga, is set in the city of Matsumoto, in Nagano Prefecture. Matsumoto (with an estimated population of 240,000) is located in the center of Japan’s main island, Honshu, northwest of Tokyo. If you are currently following the anime, you probably noticed that the city is surrounded by mountains, specifically by the Japanese Alps in the west and the Utsukushigahara Plateau in the east – making it a popular destination for hikers and mountain climbers. The city itself also has a lot to offer, like Matsumoto Castle, one of the oldest castles in Japan, or the former Kaichi School, one of the first schools in Japan – both of which have not yet appeared in the show (but that could of course still happen). Now, let’s see how the fictional version of Matsumoto stacks up to the real one, and if the anime is able to correctly capture the atmosphere of the city. This article is going to focus on the locations of the first episode of Orange.

There was no time capsule buried there, at least I was not able to find one.

This location was right outside of the east exit of Matsumoto Station, and shows the main street of the city. From there it’s a straight walk to Agatanomori Park, which I will come back to a little further down.

Hanadokei Park is a small park right behind a Parco shopping mall.

This is the entrance of Agatanomori Park. It is a straight walk from Matsumoto Station along the main street and it took me about twenty minutes of walking to get there.

It's still quite a long way from that point to the school – Naho, you should better hurry up!

Sadly, I was not able to find the bakery of Azusa's parents – I also wanted to try some of their curry buns.

This little bridge and the river are located right next to the school. There was not really a lot going on there, but it has become evident that the anime is following its real world counterparts quite closely. Accurately recreating the city of Matsumoto works especially well for a show like Orange, since the setting feels real and authentic, while at the same time still being unique and interesting.

The photo at the end of the article will better show these statues they just passed by.

After a little detour, the gang heads back home through Agatanomori Park. The park itself, in truth, does not really seem to be a tourist attraction, since it was rarely mentioned in any of the brochures or guides I saw. The park does however have quite a bit to offer, since it was established on the school grounds of a former high school. The school was built as a western style wooden structure and now houses a public library and the Pre-war High School Memorial Museum.

I actually had to go back to Matsumoto the next day just for this shot from Koboyama Hill. It is quite hard to reach from the station, as buses only go there every two to three hours, but once I was there, it only was a fifteen-minute hike to get up. Koboyama Hill is a famous cherry blossom viewing spot and also contains one of Japan’s oldest tombs. 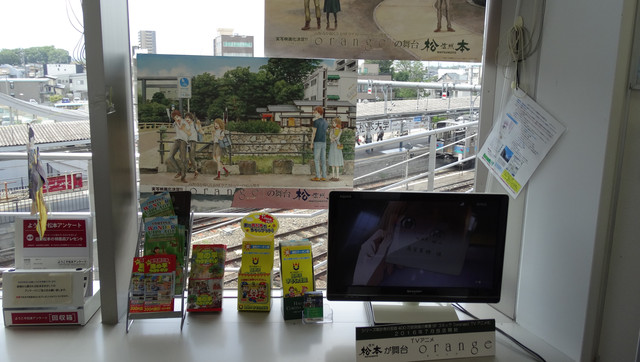 There was quite a bit of promotion going on in the city for Orange. The tourist information center in Matsumoto Station even had free Orange location maps, although only for the manga and the live-action movie. I coincidentally watched the live-action movie on my flight to Japan, and it kind of spoiled the whole show for me. 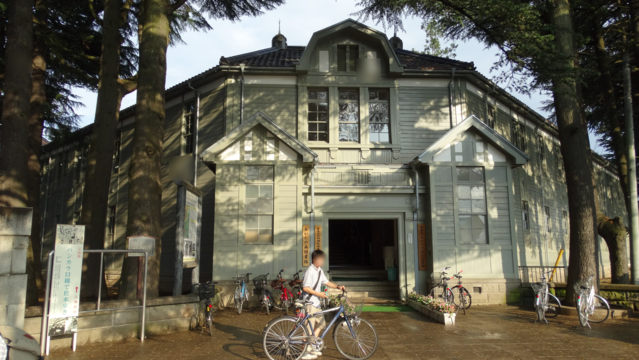 A better view of the former high school in Agatanomori Park. 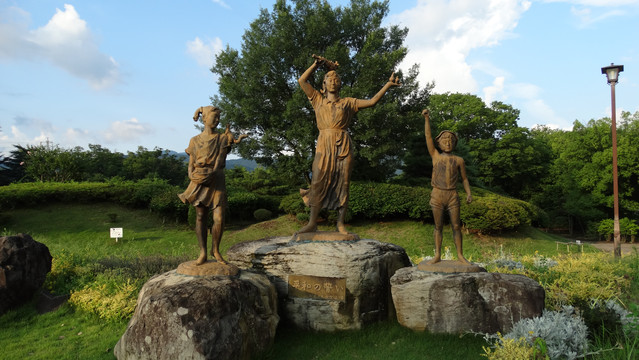 So what do you think - is Matsumoto a fitting setting for a show like Orange? For next week, would you like to see some more locations of Orange, or are you up for something different? Let me know in the comments below.
Tags
anime vs real life, orange
« Previous Post
Next Phase Of "Sword Art Online" Story Teased
Next Post »
"Touhou Genso Rondo: Bullet Ballet" Trailer Highlights Cute But Destructive Flandre
Other Top News
8 Comments
Sort by: