Let's live our lives heroically let's live them with style!

Adolescence is a tangled web of uncertainty for many of us. The stairway to adulthood is a rocky path littered with expectations, contradictions and few (if any) definitive answers – culminating in a miasma of self-doubt. Since this is a period that we all encounter at one point in our lives, it shouldn’t come as a surprise that there are plenty of stories in anime and manga that deal with the struggles of adolescence as a central theme. This season’s Mob Psycho 100 has turned out to be one such anime as it presents a view of adolescence where everyone is frantically grappling with their own insecurities. In a society where tradition and obedience are still emphasized by conservative factions, everyone wants to be that special individual that stands out amongst the crowd. 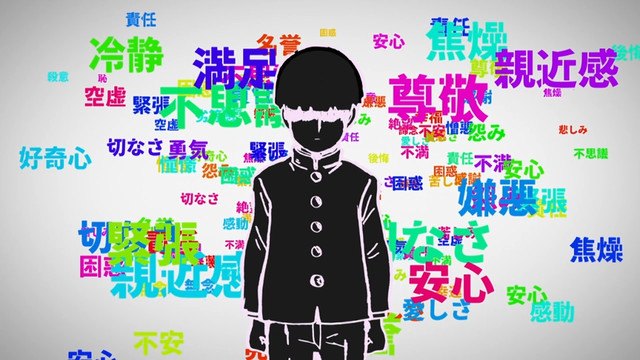 In Mob Psycho 100, no character better represents this dichotomy between the mob and the individual than the protagonist, Shigeo Kageyama (fittingly nicknamed Mob). Mob is your average middle-school student who would be completely forgettable were it not for the fact that he possesses psychic powers. While an ordinary human would perceive the ability to shatter concrete with one’s mind as godlike, in our boy Mob’s eyes, his telekinetic abilities are nothing more than an impracticality.

Mob’s undervaluation of his own abilities may not make sense to some viewers at first, but the more of Mob Psycho 100 that I watch, the clearer the picture becomes of his self-image. For Mob, a youth with little confidence or conviction, positive reinforcement is a huge deal for him. Unfortunately, poor Mob receives next to no praise from the most influential people and social systems in his life. As a result, the quality that encompasses Mob’s individuality, his psychic powers, never attains proper recognition.

One of the biggest influences in Mob’s life is his mentor, Reigen. Reigen is a self-proclaimed psychic master who runs a spirit counselling service – where Mob works part time. This is the persona that Reigen projects outwardly, but in reality he’s no different than a regular human in terms of supernatural ability. However, Reigen makes his living by conning his clients, through his persuasive language and conniving acts; his “photographic exorcism” simply consists of him using Photoshop to remove a ghost from a client’s photo! Meanwhile, any exorcisms that involve actual spirits or demons are handled by Mob, yet Reigen claims all the glory for himself. In short, Reigen is a fraud whose credibility is only upheld by a combination of his own lies and Mob’s powers. 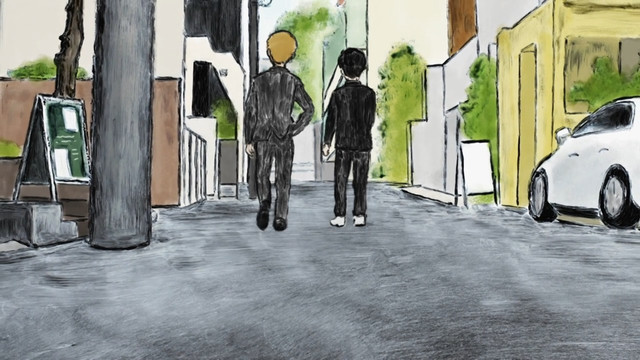 Sadly, Mob is too naïve to see through this façade, as the kid thinks the world of Reigen and frequently turns to him for direction in his life. But as they say, an empty vessel makes the loudest sound and Reigen’s advice is often nothing but hot air. Furthermore, Reigen knows that Mob is his golden goose, so he plays the kid, leading the pure-hearted Mob to believe that his telekinetic abilities are subordinate to his mentor’s. Unfortunately, the insecurities of a washed-up adult end up only furthering the insecurities of a shy, misguided youth. Reigen can’t bring himself to admit his own failures to someone much younger than him, but as a result never provides Mob with the reinforcement he so desperately needs; a vicious cycle cultivated between mentor and student.

While Reigen’s flawed existence does have a large effect on Mob’s life, he is only one piece in the puzzle of Mob’s self-image. Mob is a middle-school student, and as a result is also subject to all the societal expectations and pressures that come with being a student in Japanese society. From a young age, children in Japan are told to study hard, live their rose-colored youths filled with romance and club activities before finally entering the workforce and giving back to the society that raised and nurtured them. Nowhere in that traditional belief system does it mention psychic powers being used for the greater good, so poor Mob is often at a loss as to where he fits in as an individual. Even though Salt Middle School has a Telepathy Club that is just dying to have Mob as a member, he declines their offer – instead choosing to join the Body Improvement Club as he believes the club’s macho appearance will make him popular. 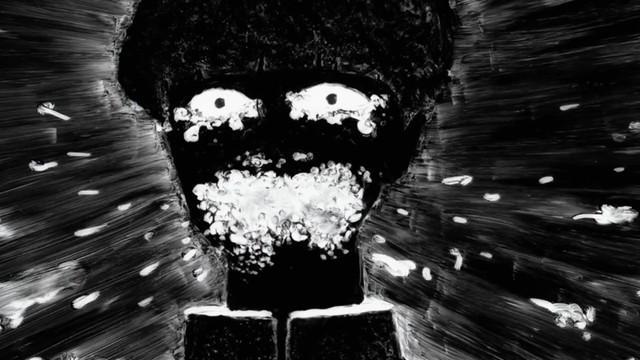 Additionally, Mob himself harbors resentment over the destructive powers of his telekinesis. During a flashback sequence in episode 5, we learn that Mob once lost control of his powers while defending himself and his younger brother, Ritsu, against some thugs. Although Ritsu reassures Mob that his powers were used in self-defense, the point still stands that Mob was traumatized by the incident of hurting his brother. This is why we see Mob only use his abilities when instructed by Reigen to exorcise an “evil” spirit, as he believes they are being used for “good”. Although it’s commendable that Mob has chosen not to misuse his powers, the irony of the situation is that by repressing his psychic powers, Mob’s own self-worth continues to depreciate. This is because Mob desires to stand out from the mob – he wants to be popular, he wants to be an individual in his society – but because of his misguided fear, he doesn’t want to embellish his greatest strength and make something out of it.

As a result, Mob slowly begins to discard his individuality as the series progresses. However, even Mob is unable to keep his true emotions bottled up, as once Mob’s explosion reaches 100% his feelings explode in a burst of colors and psychic energy. Although Mob’s explosions always result in flashy fight sequences, the fights themselves are little more than allegorical representations for Mob’s awakening; gradual steps Mob takes towards breaking free from his shell – he makes mistakes, is no longer afraid about hurting others but ultimately grows as a result. 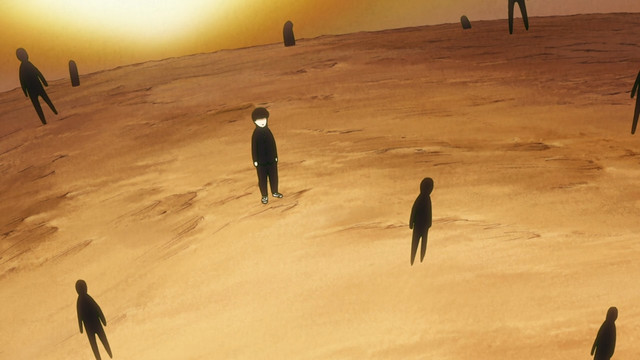 While Mob’s adolescence has only hit the tip of the iceberg, he has showed signs – whether conscious or not – of grasping hold of his individuality and his future. Mob Psycho 100 may be a show best known for its awe-inspiring animation, but it also possesses a compelling character study beneath its surface.

What do you think of Mob as a character? Do you agree with the assessment of him in this article or do you have a different interpretation of the events in Mob Psycho 100? Let us know your thoughts in the comments below!