How do you make moe more than moe? 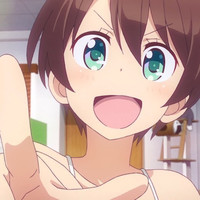 Moe anime are typically associated with two things: 1) cute girls, and 2) relaxation/escapism. And there's good reason for this, as many of the shows that fall into the category we normally think of as "moe shows" typically exhibit at least one, if not both, of these traits. While I'm rather fond of these kinds of shows myself, I also think it's rather unfortunate that moe anime has been so strongly stereotyped as just being one type of thing. Shows like Non Non Biyori (which reflects on the melancholic loneliness of the countryside) and Yuki Yuna is a Hero (which uses moe slice-of-life tropes to counterbalance some darker elements) have proven that doe-eyed character designs, all-female casts, and numerous scenes of the characters just hanging out don't necessarily indicate the presence of an cheese comfort-food show.

The latest entry into this club of moe anime exceeding their stereotyped limits is this season's New Game!, an anime about a recent high school graduate now making her way in the world in her job on the character design team at a video game company. While, on the surface, New Game! seems as if it's nothing more than just another run-of-the-mill "cute girls doing cute things (except this time, they're making video games!)" anime, it's proven to be much more substantial than that. Although New Game! continues to maintain many of the CGDCT elements of its sister shows, it has developed alongside these basic genre elements a warmth and weight that helps it to stand out from its peers.

And so, tonight's project is to take a closer look at New Game! and how it makes moe feel real. 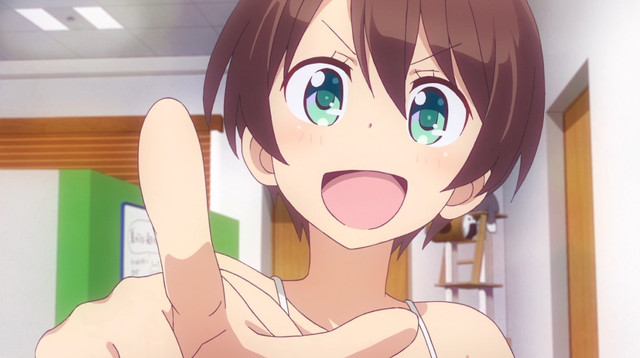 The Familiarity of the Workplace

While New Game!'s workplace setting could have very well been just another gimmick hook for a "cute girls doing cute things" anime, it has leveraged the genre trope of a "home base" location into one of its greatest realistic strengths. Particularly for those of us who are out of school and out in the working world, the EAGLE JUMP office offers a number of elements that are more familiar than not.

Some of these realities are more light-hearted than others. One in particular that stood out to me is a humorous scene from episode one where Aoba begins to pump herself up to get started working hard, only to have her momentum derailed by needing to go to the bathroom. Yes, this is a relatable struggle – who among us hasn't gotten ourselves motivated to work just before the call of nature hijacks our planned productivity? In another scene, the team in Aoba's cluster ponders what they'll do with their paychecks, a monthly ritual familiar to many of us (although the things the characters in the show plan to spend their money on – figures and clothes – are perhaps somewhat rosy).

Other recognizable workplace instances are more situational. There's Aoba accidentally sleeping way longer than intended past her alarm (done it), Aoba having to receive and implement feedback on her work (done it), or even just the way Aoba leans around in her chair while trying to puzzle through a problem (done it). Altogether, these moments, large and small, contribute to an overall feeling of familiarity within EAGLE JUMP. Of course, the cultivation of a recognizable and cozy atmosphere and setting is a hallmark of shows like New Game!, but because the workplace is inherently a place where unavoidable tensions arise, it dodges feeling entirely escapist. As fun as a workplace as EAGLE JUMP looks to be, it's difficult to feel you're escaping when you're constantly being confronted with situations you deal with on a daily basis. Happily, New Game! does a good job of keeping most of these instances light enough that they're fun to watch, but that doesn't entirely remove the edge of reality that comes with them. 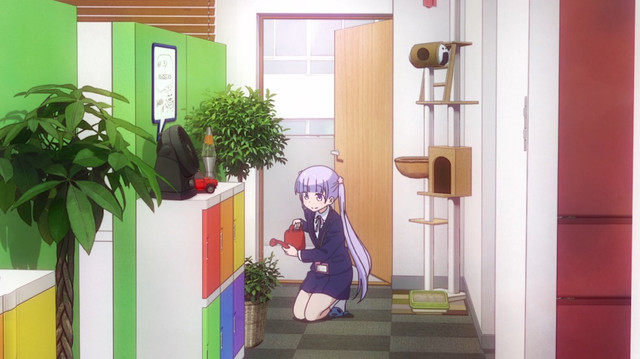 The Elasticity of Character

A solid setting is one thing, but it can only do so much unless it's populated with characters who feel real. New Game! goes about achieving this by going out of its way to make room for characters that operate in a more than just one mode within the show. There's a welcome variety of interactions we see between the characters of New Game!, ranging from the purely comedic to the workplace mundane to the personally insightful. While it's the last of these that's most remarkable (more on that in a little bit), the fact that New Game! is able to use its character for jokes as well as it does for quiet statements about reality – "Wow, alcohol is expensive." – means that that Aoba and her coworkers wind up feeling well-rounded as people. They goof around together and have silly battles over the temperature in the office, but they're also capable of doing normal things like getting in early to water the plants.

Better yet, because the employees of EAGLE JUMP project a sense of realness as people, New Game! opens the door for deeper, more sensitive observations about its characters. Moments like Kou verbalizing her fears that Fairies Story 3 won't sell, Rin acknowledging that Kou's childlike tendencies might be a coping mechanism for her struggle to be externally cheerful, or Aoba's nighttime phone conversations with her college friend where she worries about her work and her dreams create a gateway into lucid, honest reflections on the humanity of New Game!'s characters.  These kinds of personally anchored bits of character do a lot of work on this front, because simply acknowledging that these characters have just as much a capacity to be fearful and anxious and insecure, erases just enough of the escapism to allows us as the audience to relate with a fuller scope of human nature. Furthermore, because these moments are taken seriously instead of just being played for cute appeal, it becomes clear that New Game! takes its characters seriously – something that adds a distinct feeling of warmth to the potential bitterness of the truth.

But, again, the elasticity of character – to be able to be used in comedic, mundane, and reflective ways – is the critical element in humanizing these moeblobs and making them feel real. After all, few of us joke constantly no matter the situation, only ever seriously do our daily tasks, or are perpetually considering deep personal realities. The nature of humans is to be diverse in action, and New Game! understands this better than most shows of its ilk. 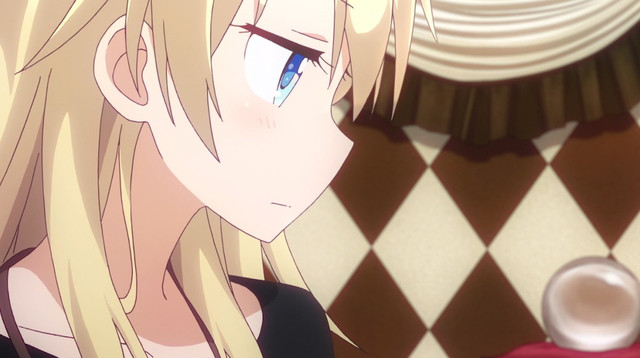 The Presentation of Setting and Character

I want to close this column by touching on the ways the prior two sections are complimented through presentation, specifically on the visual front. As far as setting goes, New Game! has done an excellent job — both within the office and without – of making its world feel distinct and singular. Things like the colorful street outside the EAGLE JUMP office, the way the characters' desks are indicative of their personalities, and even their unique rooms at home make clear that the world of New Game! isn't just a generic copy and paste universe, but one that is specific to these characters.

In parallel to the way the characters are written fills out the construction of the setting, the way the characters are animated fills out the visual world of the show. While Dogakobo, the animation studio producing New Game!, is typically know for bouncy, cartoony character animation, New Game! has seen an increase in more realistic, subtle motion (something Kvin over at the Sakuga Blog has observed as well). While cartoony antics certainly have their place in making characters endearing, for a show like New Game!, which has proven to be interested in having weight beyond just being cute and fun to watch, these more grounded cuts play an important role. Cuts like Aoba adjusting her hair before she heads out the door or Kou enjoying the wind on the roof project a distinct sense of physicality that complements the substance of the written characterization.

In tandem, these three elements elevate New Game! from being a cushy fantasy to impressing itself upon the viewer as moe as real. While I can't deny that the show fails as an fully accurate portrayal of life as an employee at a video game company (or, really, any company), I think it has managed to find a balance between escapism and reality that makes it easy to watch while still retaining enough substance to be more than just sheer fluff.

So, how are you guys liking New Game!? What do you think of its attempts to add a dose of realism to the normal cute girls doing cute things formula? Let's hear from ya in the comments! 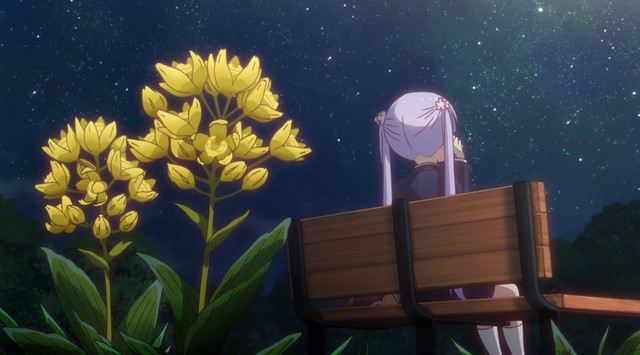