Have you been noticing all the frogs that keep appearing in Orange? Find out why! 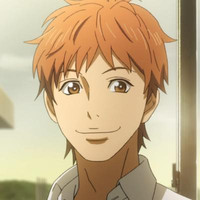 If you have been keeping up with Orange this season, you probably noticed that for some reason, frogs keep appearing in the show every now and then. Frogs are a recurring theme of the show, and there is of course a reason for all of this, which I’ll explain a little further down.

But first, in last week’s installment, Anime vs. Real Life took an extensive look at the beautiful Agatanomori Park in Matsumoto. This time around, there’s going to be a much bigger variety in locations, like a former merchant district, a shrine, and a street filled with frogs. Studio Telecom Animation Film has been doing an amazing job of depicting Agatanomori Park in the anime so far, and of course that’s also going to be the case for all the tourist attractions and other locations of Matsumoto, which I’m going to focus on this time. So, let’s get right to it – this article is going to focus on the real life locations of the fourth episode of Orange.

The fourth episode started off with an incredible CG animation of an automated ice cream-machine?! (I actually had to check if I was really watching Orange.) I was wondering, why they put so much effort into animating such a minor scene – turns out, that machine also exists in real life, and it’s awesome! Inside of the store (picture below) was a small coin machine, where I had to throw in 320¥. After that, I just had to toss in the coin I got, and the robot got to work. There’ll be a short gif of the machine at the end of this article.

You are not able to choose the flavor you want, they actually have a menu, showing which day they are going to have a specific flavor. It was matcha on the day I was there, and even though I am not the biggest matcha-fan, it still tasted pretty good – maybe because of the cool robot, or because it was extremely hot that day.

The ice cream shop is located right in Nakamachi district, a former merchant district in Matsumoto. There are a lot of old buildings in this district, especially former warehouses, with very thick white walls, which protected them from fires.

Parco is a large chain of department stores throughout Japan, housing mostly fashion stores, but also cinemas, cafes and restaurants.

This brings us to the next park in the show – Hanadokei Koen, or just Flower Clock Park. Pretty fitting name, right? The small park is located right next to the Parco shopping mall, and is really close to the Nakamachi district.

Even the small pictures on the sign are the same.

We then get a few shots of the Yohashira Shrine, a small Shinto shrine, which is just a bit south of Matsumoto Castle, and right next to Nawate Street. We don’t get a shot of the shrine itself, but I’ll post one at the end of the article.

You probably have seen a lot of these wooden plaques in anime already, or during your visit to Japan. These are called ema, and they are basically wishing plaques. You have to buy them at a shrine, write your wish on the back, (anything goes really) and then get to hang them up – and maybe your dream will come true, maybe.

Everything gets compared - there is a small pond in the shrine grounds, so I assume that’s where this shot is from.

The gang then moves on to Nawate Street, a small shopping street right along the Metoba River, on the opposite side of the Nakamachi district. The street features many small shops, which have all been restored to their original look, and are selling mostly souvenirs, but also a bunch of other stuff. But what makes the street so special, and why is it the reason that frogs keep appearing in Orange? Well, that’s because the street is frog themed – the whole street is filled with frog statues, frog shrines, and frog goods. The shopkeepers of Nawate Street were looking for a symbol for their street, and because of the loud frogs along the Metoba River, they decided to go with frogs, since they also wanted their street to be just as lively.

Metoba River. If you are wondering why I took the photo on the wrong side of the river, no, it was not because I was lazy, the other side was closed due to some construction works going on there. I swear.

Nawate Street is only about ten minutes away from Matsumoto station, and only around five minutes from Matsumoto Castle. If you ever have the chance to visit Matsumoto, I’d definitely recommend you to go there, since it’s just a neat little street, with traditional looking shops, and of course a lot of cool frog statues.

While the gang is hanging out at the Metoba River, Kakeru is on a date with Ueda Rio in a Tasty’s Coffee, which in reality is a Tully’s Coffee. The shop is located right along the main street of Matsumoto, and as always, even the shop is perfectly recreated in the anime.

I know, I should’ve gotten a coffee as well, but it was just too hot that day.

A short gif I made, about the awesome automated ice cream-machine.

Even more frogs. (In front of an Orange promo poster.)

So, have you been noticing the frogs in Orange, and what did you think about Matsumoto’s little frog street? Can the anime version of Matsumoto keep up with the real one, or is it the other way around? Sound off in the comments below!