FEATURE: Aniwords – What Does It Mean to Have a "Favorite Anime"?

In which we don't really answer the question, but find out that's okay. 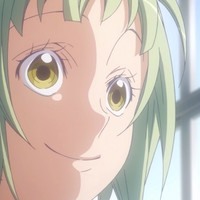 Nearly a year ago, I wrote a piece for this column called "Don't Talk About Your Favorite Anime." Behind the mildly tongue-in-cheek title was something of a plea for sincerity and kindness in our conversations about the anime we love by temporarily swapping the commonplace phrase "favorite anime" for the more revealing "anime that meant something to me." Of course, it wasn't really the phrase "favorite anime" itself that I took issue with, but the fact that it too often becomes a defensive shortcut that allows us to protect ourselves from the sarcasm and memes that tend to infiltrate our internet discussions. (This isn't to say that sarcasm and memes are inherently bad, but I think it's worth remembering the type of atmosphere these kinds of conversational trends tend to reinforce—and it's not one that typically rewards genuineness and vulnerability). And so, I stood up on my sentimentalist soapbox.

I'm returning to that soapbox today because I recently updated my own favorite shows list (which you can read here: Isaac's Top 25 Favorite Anime). As I was working through the list over the course of an afternoon and evening, revisiting bits and pieces of my favorite shows, I started thinking about how different my feelings on all of them were—even though each one fell under the same category of being one of my "favorites." While I think it's easy enough to trace some of the thematic, structural, and even character-based through lines in my list, it's still true that the way I feel about each show on the list, the affection I carry for them, varies according to the individual show. Perhaps this is only an obvious truth, but it was one I had not considered before. This caused a question to pop into my head.

The response I got to this simple question was huge—and several themes arose from the many answers. They were: 1) unabashed enthusiasm, 2) difficulty of articulation, and 3) a deep sense of the personal. None of these themes were surprising to me—after all, I wrestled with each of them as I was creating my own list—but it's one thing to know them in your head and another entirely to see them written out again and again and again by others. Obviously, not every answer I got to this question embodied each of these themes, but most of them exhibited at least two of the three.

Ultimately, I suspect actually answering the question "What does it mean to have a favorite anime?" is an impossible task since the answer almost certainly varies by person. However, the presence of these recurring ideas within people's individual answers seems to indicate that there is, somewhere, an at least semi-universal experience in which all of us who have favorite anime (and, likely, favorite anythings) participate.

That this appears to be so is a point of fascination for me. Anime fans as a whole entity are wildly fractured into particular niches—"casuals" and "hardcore" fans, distinctions based on where we hang out online, etc.—yet even as the diverging bits of our fandom experiences fail to align, we can't help but be united underneath the banner of having liked something enough to call it our favorite. There's no doubt that the crowd of people who replied to my tweet were mostly of a certain group, but despite this I'm confident in the fact that the overarching nature of the replies would remain the same most places. 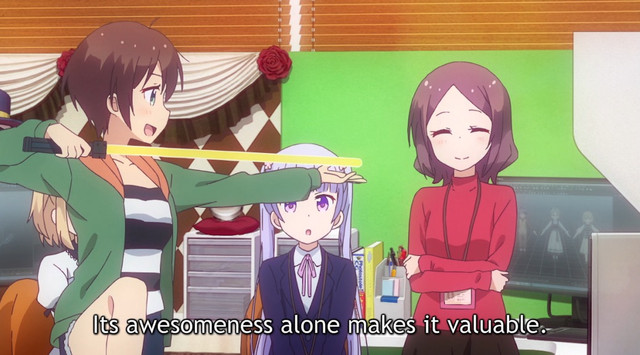 It turns out, people really like talking about their favorite anime. The sheer volume of the response would have been enough to prove this to me, as even people who don't normally talk to me chimed in, but the clarity and lack of masquerade in the replies really cemented this. I called the first theme "unabashed enthusiasm" for a reason. Even given an exercise as self-conscious as identifying reasons for why something was their favorite, people dove in seemingly without much reservation. No matter the reason given, no matter if the response was a few words or a multiple tweets, people cheerfully and sincerely shared their thoughts. That was... really cool. Outpourings of genuine affection like this is something I see precious little of on the internet. If I may drift into hyperbole, it even felt vaguely sacred—insofar as the vulnerability displayed was something I felt ought to be treasured. And the enthusiasm with which all this was offered was the icing on the cake.

The second theme, difficulty of articulation, was something some people stated directly and others exhibited in practice. Particularly when I asked a second question regarding specific qualities of their favorite show that made it their favorite, people seemed to be drawing a blank, often preferring to describe the impact the show had on them. And I don't blame them at all! I recently wrote a post on my blog about the difficulties of translating an inherently emotional experience into qualifiable terms, and I suspect that talking about favorite anime is more susceptible to this challenge than most.

The final theme, then—a deep sense of the personal—is clearly the most delicate and tricky to define, but I think one person summed it up rather well: "no one else likes it as much as i do so its mine all mine." We're a long way from simple listing of appreciated traits at this point, delving deep into the complex mire of our feelings not only about the favorite thing itself, but about how we feel about our feelings on the thing. In reply to my question, some people offered their personal backstories with their favorite shows (something I was not expecting to happen at all) or directly linked the show to aspects of their lives, their attitudes, their worldviews, or changes thereof. Reading through the replies, I couldn't help but notice how many of them betrayed not only information about the show, but about themselves as a person. What they valued in things, and why. It was at once a testament to each person's individuality and to their capacity to be moved by things outside themselves. 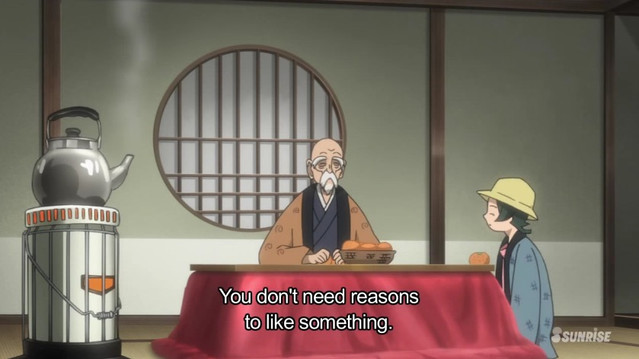 So, if we are to sum up the answer to the question posed by this article's title, the forumalic answer is, "Having a favorite anime means you've found something that you might let your guard down talking about, something you may have trouble explaining your love for, and something that likely has deep personal meaning to you." Or it might not. Who knows!

But that answer, I think, is far less meaningful than the plain truth of our collective experience in liking things. We might not like the same things. We might even hate the things others like. But reading through the replies to that tweet impressed upon me once again that none of that really matters if we're willing to accept the genuineness of others' favorites. What's more important is that we listen to what others have to say and, in doing so, find a way to appreciate just how neat it is to hear someone talk about their favorite anime. As I think this little experiment of mine proved, people are more than willing to share. All we've got to do is open our ears. And finally: I'm deeply grateful to everyone who tweeted an answer to my question; opening our mouths and being honest with each other is a pretty darn cool thing too.

Okay, so you don't have a Twitter account. No problem—I still want to hear from you! Chime in down there in the comments with your answer to the question: What is it about your favorite anime that makes it your favorite? 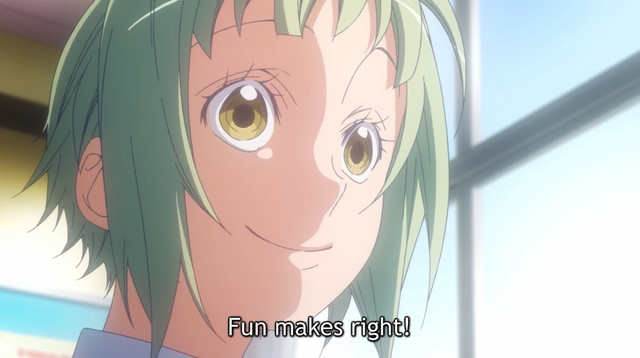