They sure gave their 100% with this anime adaptation! 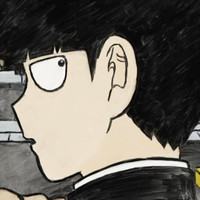 An ongoing debate within fan communities is whether a good anime adaptation is one that adheres faithfully to its source manga or novel or whether it should diverge and stand as its own creative product. While there’s no right answer in this case, I personally believe that a good anime adaptation is one where the director and production staff have a good grasp of the original material but are able to impart their own voices into the final creation. My reasoning here is that the source manga or novel already exists, so why simply remake it as an anime in a 1:1 manner? The original author's creation is only one interpretation, and seeing a talented director’s take on characters and events may allow us to engage with the story in a different way. 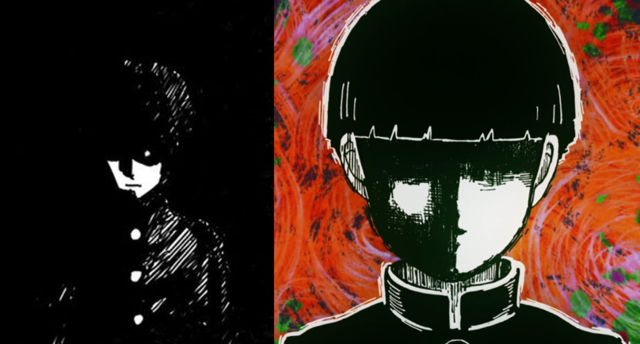 Additionally, the visual language of the animated medium makes it unique from a textual medium like literature or even manga. This is one point that I’d like to stress: what a writer is able to convey using dialogue or descriptive text, a filmmaker is able to do so via their storyboards, set design, and artistic direction. As such, a good anime adaptation should emphasize the strengths of its medium. Body language can be used to express character emotion in lieu of words, while the limitless potential of animation can craft scenes which would not be possible using live-action cinema.

With my stance on anime adaptations out of the way, I’d like to introduce my next series of articles centered on Mob Psycho 100’s anime adaptation. If you’ve read some of my previous write-ups on the show, you’ll know I’m a fan of the artistic liberties series director Yuzuru Tachikawa and animation director Yoshimichi Kameda have taken with ONE’s source manga. These next articles aim to bring to light specific aesthetic changes, altered scenes, or additional content that Mob Psycho 100’s anime staff have changed – not with the intention of placing the anime above the manga, but rather exploring why it distinctly stands as its own creative product.

The first part in this series of articles will be looking at the first three episodes of Mob Psycho 100. 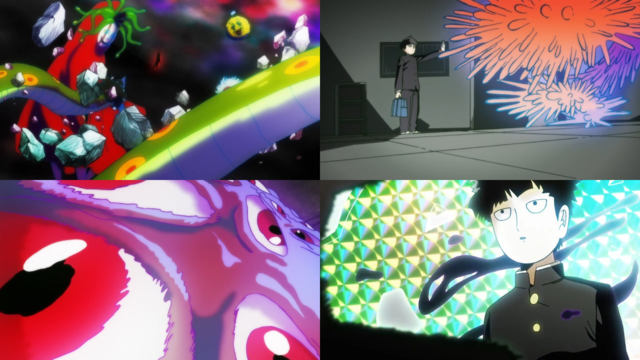 The first episode of Mob Psycho 100 is definitely one where Kameda and the other animators were granted a lot of artistic freedom. I’ve described the anime as an “animator’s playground” in the past and this episode was a testament to that. From the very first seconds of the anime, it was already obvious that Kameda fully intended to build upon the source material to showcase the potential of the espers’ psychic abilities. A single panel in the manga that was used to quickly introduce the concept of espers to the reader was transformed into a psychedelic display of energy and kinetic motion. With only a few rough monster designs to go off of and no concrete storyboard from the manga panels, Kameda and co. put all their passion into the opening sequence of Mob Psycho 100 to set a precedent for the series as a whole. The visceral scenes of the shadowy esper fighting hordes of Lovecraftian horrors is sure to remain in my mind for quite some time.

Past the anime-original opening sequence, the first episode of Mob Psycho 100 made some minor changes to the sequence of events in the narrative. The brief scene of Mob eating dinner with his family introduces Ritsu to the audience far earlier than his first appearance in the manga. Although it doesn’t delve into Ritsu’s inferiority complex just yet, it does establish and foreshadow the conflict between the two brothers.

Above all, I felt the main goal of the first episode was to give us a much greater sense of the extent of Mob’s psychic powers, which was accomplished through the outstanding hand-drawn animation and Tachikawa’s storyboards. The exorcism of the ghost in the abandoned building and the battle with the spirit of the biker in the tunnel are two scenes that were fleshed out in Mob Psycho 100’s anime. In both cases, the imaginative display of artistry factors into our first impression of Mob as an esper. Not only does Mob appear more powerful than in the first chapter of the manga, but there’s a clearer connection between his emotions and his psychic abilities. Mob’s exorcisms are nothing short of colorful and I do not believe it would be a stretch to say that this aesthetic choice was intentional on Kameda’s part – if only to convey the release of Mob’s bottled up emotions to the audience. 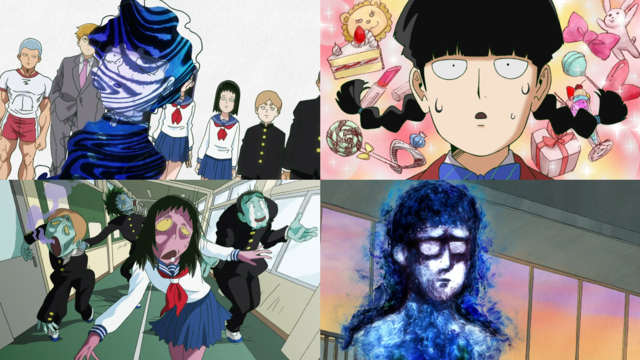 The second episode of Mob Psycho 100 was focused on establishing Mob’s adolescent anxieties for the audience. While the episode was more structured than the first – more closely following the paneling of the source manga – it did diverge into original content in the second half. The part of the episode where Mob and Reigen cross-dress in order to complete an exorcism at an all-girls school was not in the first volume of the manga at all.

Although quite a few segments at the girls’ school were humorous in nature (mostly at the expense of Reigen’s poor disguise), they highlighted Mob’s nervousness around girls as a driving force for him wanting to become popular. While still apparent in the source manga, the anime definitely went the extra mile with the battle against the scent-ghoul. After Mob exorcises the ghoul, its troubled spirit (animated in a sorrowful paint-on-glass style by the talented Miyo Sato) voices how Mob reminded him of his failed youth. This eventually propels Mob to join the Body Improvement Club, making the connection between his perceived self-image and his actions much clearer.

Aside from the main plotline, the second episode showcases a few of Tachikawa’s more playful directional touches – the most notable instances occurring with the portrayal of the Esper Club’s president, Tome Kurata. Even in the source manga, Kurata was an over-the-top character with exaggerated gestures – but Tachikawa decided to take her even further here. As she desperately tries to get Mob to join her club to prevent it from closing down, her expressions become increasingly colorful. She comically appears as a zombie in one scene and her back-and-forth banter with Reigen over the phone is made all the more lively due to the clever use of dynamic split-screening. Now that is certainly a memorable first impression!

Episode 3 – An Invite to a Meeting ~Simply Put, I Just Want to Be Popular~ 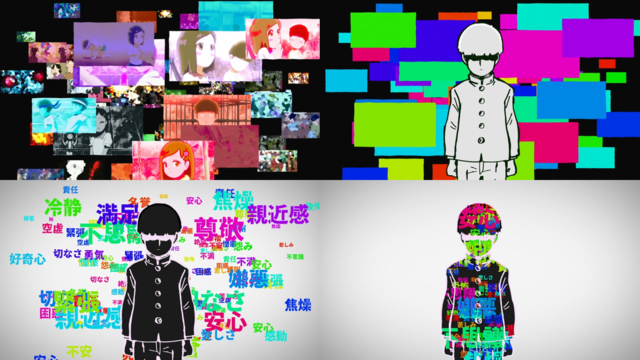 As a great deal of the third episode of Mob Psycho 100 was faithfully adapted from the source manga, I felt the most noteworthy artistic interjections occurred during the scenes leading up to Mob’s first explosion. In ONE’s manga, I was really impressed by how ONE was able to portray the isolation and sadness Mob felt during Dimple’s denouncement of him as an individual. ONE’s art really emphasized that solitude as Mob stood there, shrouded in darkness, as Dimple’s words echoed in the background. As such, I was impressed with the approach Tachikawa took, as I felt he was respectful to ONE’s vision while painting a broader portrait of Mob’s conflicted emotions.

Tachikawa characterized Mob’s solitude using a similar approach that ONE did in his manga: white space and heavy shading to obstruct Mob’s facial features. However, as the scene progresses and Mob begins to reflect upon his past and himself, we see a flurry of memories – both good and bad – appear onscreen, boxed away into individual rectangles. Eventually the memories become dimmer until they appear as nothing more than a single, pronounced color; a canvas representing Mob’s life. These memories have given way to a flood of emotions for Mob and as colors poetically transform into words, we see how they form the crux of Mob’s being; a sequence that not only demonstrates phenomenal artistry but communicates Mob’s complex so effortlessly.

What are your thoughts on the anime adaptation of Mob Psycho 100? Manga readers, are you pleased with the direction Tachikawa and Kameda have imparted? Let us know in the comments below!