FEATURE: Aniwords – "91 Days" and the Cinematography of Murder

How does murder appear, done by once-innocent hands? 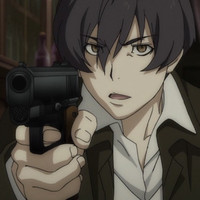 Spoiler Warning for the first 8 episodes of 91 Days.

91 Days begins with the murder of eventual protagonist Avilio's family. Before the young boy's eyes, he sees his father, mother, and younger brother gunned down by the mafia before he flees, barely escaping with his own life. As the saying goes, violence only begets violence, and as 91 Days continues on from its premiere, the death count only grows. Avilio kills some himself, the lunatic Fango kills some, Nero kills his own brother, and, in the most recent episode, the previously innocent Corteo is finally broken by the system of savagery into which he has been dragged. In fact, other than the horrible killing of Avilio's family in the premiere, it is Corteo's murder of Fango that is framed as most chilling of all.

A theme that revenge stories like 91 Days often wind up at is the futility of vengeance. (It does seem that 91 Days is headed in this direction, although that's yet to be confirmed for sure.) In such stories, the cycle of violence is often juxtaposed against the emotional relief the character receives for exacting his revenge in order to demonstrate that the emotional catharsis is ultimately unsatisfying compared to the devastation and collateral loss of life caused by the quest. To achieve this, though, such stories must be careful with the way they portray violence and murder so as not to depict them in ways that causes them to become "cool" or otherwise take on positive qualities. Often, the cinematography used in such moments is critical to maintain this balance.

Through its use of multiple characters who kill and deliberate cinematographic techniques, 91 Days has been impressively successful at making sure murder is shown consistently as the terrible thing it is. Tonight, we'll be looking at a selection of murders from the show and breaking down how the way they are presented to the audience by the show's direction works with the narrative to achieve this effect. 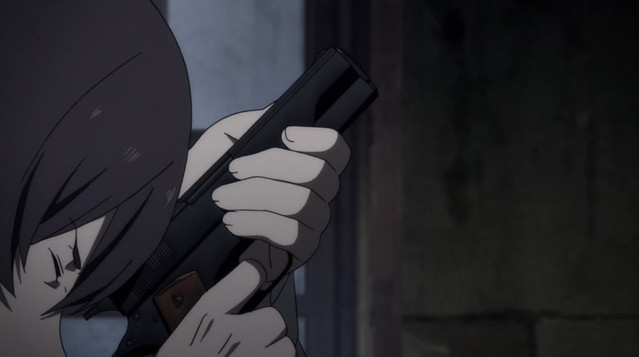 It would be silly to ignore the murders that serve as the genesis point for the violence that erupts in the show's story, so we'll begin with the mafia killing of a young Angelo Lagusa (Avilio)'s family. Not only does mafia hit kick off the cycle of violence within the narrative, but the explanation given by the killers (a power struggle within the family) also implies that murder has preceded, indeed, necessitated the slaying of Testa Lagusa, his wife, and his youngest son. While it is Testa who draws first blood (depicted with a graphic close-up), his blow is non-lethal and in self-defense. Compared to the cold and distant framing of the actual killing that follows Vicente's strike, the desperation in his attack stands out even more due to the visceral nature of the image. We don't see any of the actual killings—the ending of his father's life is implied by showing only Avilio's face as the first gunshots ring out. The shooting of his mother and younger brother receive even greater distance, as all we see are a tiny frame within a frame of the threat and only a black screen accompanied by the sound effects for the deed itself. It's only after silence has returned that we are shown (once again, by implication) what has happened.

This haunting combination of distance and immediacy is perpetuated by the shots we see of the corpses of Avilio's family as he makes his escape. Shot at weird angles, the effect is a surreal one. We see only his father and mother's backs, separated by a long, unsettling canted shot of Avilio with the proportions of the visual elements all out of whack. Even the final shot of Avilio's brother, shown only after Avilio has turned and left the room (implying that it is the image that remains in his memory) gives the impression that the boy is only asleep—even as the blood on his head tells us otherwise.

One final note on this scene: It's not unreasonable for the viewer to assume, based on the use of the black screen, that Avilio had closed his eyes or otherwise avoided seeing the exact moments when his family was killed, but this is disproven in the show's opening sequence, which I interpret (both musically and visually) as conveying Avilio's emotional reality to the viewer. We see that Avilio witnessed and remembers all too clearly the loss of his family. It is the memory of violence that spurs him on to future violence.

Just as the killing of Avilio's family pushes an innocent child to eventually become a murderer, other unblemished characters are pulled into the muck of violence. Fio's murder of Ronaldo in episode 7, motivated by her desire to keep her brothers safe, is one such occasion. The scene is framed with three close-ups, one neutral medium length shot, and two medium long shots, in that order. The close-ups are probably the best part of the sequence, as they efficiently lay out foreshadowing (Fio drops the flowers), the set-up and moment of the first gunshot (Ronaldo hugs Fio), and the reversal of the intimacy of the action of the hug (Fio holding the gun). Earlier scenes with Fio have established her as a gentle soul seeking peace amongst the ones she loves, so the shot-reverse shot of her looking at Ronaldo's body and the body on the floor emphasize how awful it is that she has been pushed to kill her own husband. The cause and effect is clear, and we easily understand that Fio is devastated by what she's done. We also actually see Ronaldo being shot (the second time), which, even at the medium shot, provides us an uncomfortable front seat as one of the show's most innocent characters is forced to kill. While the killing begins with the moment of violence implied first, by the end of the scene there is no escape from the reality.

We end with the most recent murder, and another sullying of previous innocence by violence: Corteo's episode 8 killing of Fango. As an extension of the idea of innocent people killing, the framing of Corteo's actions take cues from previous murders in the show by using implied violence alongside explicit violence. What's most horrifying about the gentle Corteo's sudden transformation into a desperate killer is that the show allows forces us to witness, in graphic detail, the bloody reality of his actions. Whether it's the shot of Fango's blood pouring onto the floor or the straight shot image of Fango with the (trigger warning on this link) bottle in his throat or shots of blood splattering onto Corteo, we see that killing done by someone who has been dragged into the cycle of violence against his will and against his attempts to remain out of it is the ugliest and most awful of all. And when the music takes over and the show pulls back from Corteo's out-of-control attacks into a long shot, the distance that pervaded the murders in the first episode returns—and the coldness of implication after what we've already seen explicitly adds a final layer of horror to Corteo's fall. 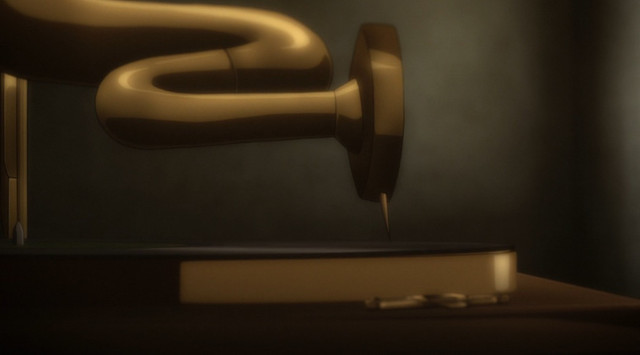 I've only touched on a few of the death scenes in 91 Days here, and I think it bears noting that there isn't necessarily a concrete visual code that the show uses for each murder. Rather, it adapts its cinematographic properties as is needed by the scene—a more effective strategy, if you ask me. However, no matter what, the rule that killing is bad is preserved by the direction—and this idea is continually validated by the story, as well. Corteo and Fio are the prime examples of this, as their efforts to find peaceful solutions ultimately end with them forced to commit murder. The message is clear: not only is killing gruesome and wrong, but it inevitably pulls even the most innocent into the cycle of violence.

I wouldn't exactly say I'm looking forward to seeing how 91 Days visually frames the inevitable future murders, but at the very least I'm happy that the show so far has been consistent about backing up its commentary on revenge with its direction. It's always nice to see shows that create this sort of harmony between their visuals and their writing. Here's hoping that continues!

So, how have you guys been liking 91 Days so far, and what do you think about the ways the show has chosen to depict moments of violence and death? Take a swig of moonshine and let me know down in the comments! 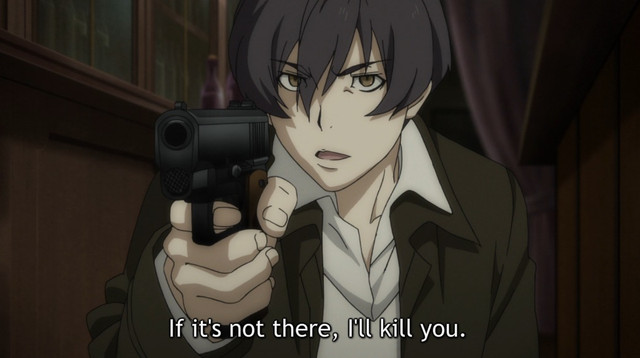