FEATURE: Why It Works: A Eulogy for the Dogs of JoJo, Part Two

Today we conclude our retrospective on the hapless dogs of JoJo past! 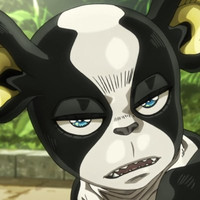 Hello again, and welcome to the second half of my tribute to the dogs of JoJo's Bizarre Adventure! Before I begin the second half, I’d like to offer an apology to a forgotten dog - poor Pocky, whose cruel fate was shamefully left unmentioned in my initial article. But Pocky is not the star of this week’s article; though he was assuredly a noble terrier, JoJo never gave him a chance to shine. Fortunately, JoJo’s constant machinations can’t keep every dog down - and so today I’ll tell the tale of one of JoJo’s greatest heroes, the mighty Iggy. 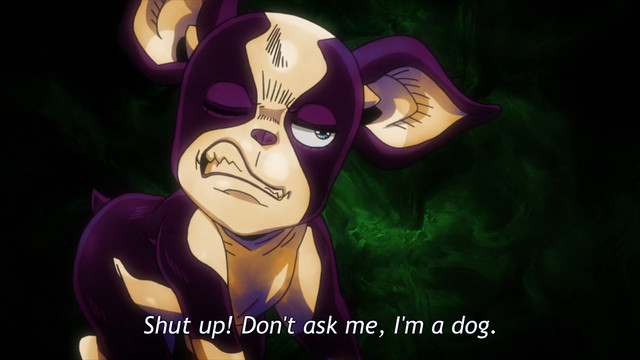 Iggy is ultimately a simple creature - born on the streets of New York, he held no aspirations higher than using his Stand to improve his lot in life. Though JoJo tries its best to frame Iggy as an annoying villain, what with his farting on people’s faces and leaving the heroes to die and whatnot, it can’t escape the fact that the Speedwagon Foundation dragged him from his comfortable home to make him fight supernatural serial killers in a desert. Iggy is painted as the bad guy for getting gum in Jotaro’s hat no more than ten minutes after Jotaro literally uses Iggy as a long-range projectile to defeat their latest improbable opponent.

The indignity of Iggy’s situation is even more clearly expressed later on, after his jailers use their superpowers to kill an evil sword or something. Sitting down at the end of a long day, Iggy is caught short by the setting sun, suspended in silent beauty over the Egyptian skyline. But Iggy is broken from this reverie by Polnareff, an oaf of a man who can only think in terms of killing and food. Iggy’s farting attacks are not a reflection of him being a creature of low culture - they are his only weapon against the fools who surround him. “Iggy the Fool” is a greater title than they know; like a classic jester, Iggy’s overt mannerisms belie a wisdom that pierces the veil of their inane adventures. 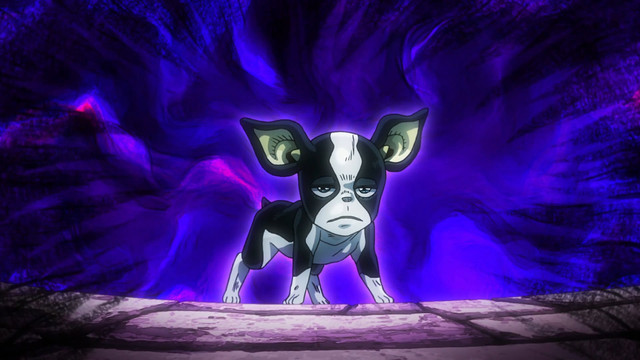 At least Iggy eventually gets to play the hero. Of course, Araki couldn’t simply let an innocent dog win an epic battle with no casualties - so, of course, Iggy’s dramatic battle against Pet Shop is heralded by the simultaneous death of two more dogs, who are framed as buffoons just so Pet Shop can pin their heads together. There is no peace for dogs in this world, even those dogs who just want to live out their days in peaceful harmony.

Iggy does not want to fight Pet Shop. He has no stake in this battle, after all. What does Dio mean to him? And in a world where humans seem ready to kill dogs without the slightest provocation, survival of the fittest is clearly the only way any dog can hope to get by. But Iggy cannot help his fundamentally heroic nature, and so when an innocent boy is nearly killed by Pet Shop, Iggy takes the stage. He sacrifices one of his own legs and nearly drowns to save that boy, but even in a world where dogs are regularly treated as disposable dramatic fodder, the inherent nobility of his canine nature shines through. 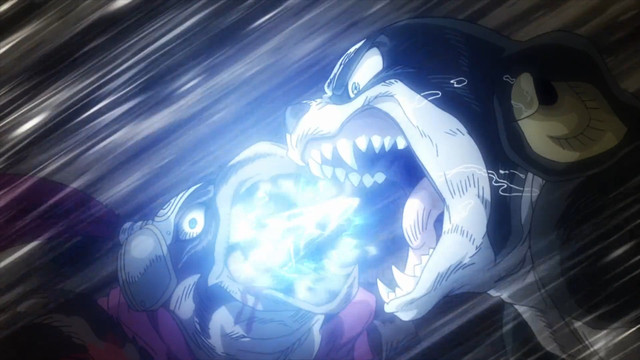 But heroic as Iggy may be, no matter the situation, Araki shalt not suffer a dog a live. And so even Iggy is eventually taken from us, as he once again sacrifices his life to save the man who once cursed him for admiring a sunset. Caught in the grip of Cool Ice’s oppressive powers, Iggy does not die a sudden or needless death - he dies having expended all of his willpower, the death of a champion at last resting at ringside. Shine on, Iggy. You are a heroic dog in a sea of violence, a testament to how, no matter how thoroughly Araki stacks the deck, the beauty of man’s best friend cannot be denied.

Iggy’s Last Stand is unfortunately the only moment so far when Araki has allowed a dog to truly have its day. Since the beginning of Diamond is Unbreakable, we’ve had dogs get used for awful kitchen experiments, dogs die in harrowing flashbacks and then be resigned to walk the earth as tormented ghosts, and now this latest dog, who just narrowly avoided being killed in who knows what unspeakable new way. Iggy’s heroism has not changed the fundamental nature of dogdom; they are still condemned to be horrifying dramatic punchlines, the double-underlining used to emphasise when some new foe is definitely, seriously bad news. 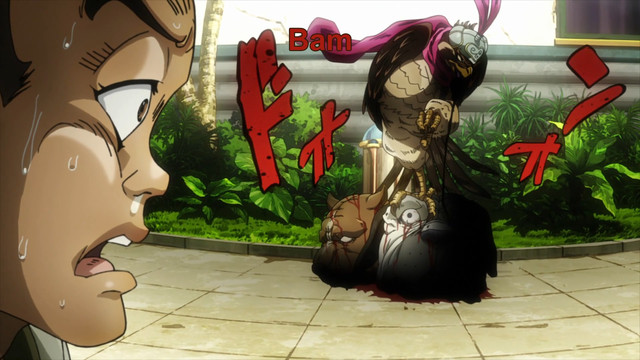 But we can at least take solace in the narrator’s final words as Iggy drifted off into his well-earned rest. “Cool Ice said that a mere dog could not have resolve,” the narrator respectfully intones. “That he could not possess a proud soul. But Stands are the soul’s manifestation. Iggy’s soul had moved on its own. It had no choice but to move.”

The dogs of JoJo may regret or even resent their terrible lot in life, but that does not diminish their nobility or spirit. Even in the most trying of circumstances, even cursed with a creator who sees no purpose in their existence but the demonstration of violence and horror, a great dog will still rise to the occasion. Be they tossed off a cliff just to demonstrate casual cruelty or eviscerated to offer a clue as to how to defeat some new Stand user, the dogs of JoJo will stand proud and true, loyal to their owners and somehow, some way, ready to trust again. Araki may be extremely bad to his canines, but even in the harshest of narrative conditions, he cannot prevent them from being Good Dogs.