FEATURE: Found in Translation - Dubs and Subs, a Translator's Perspective

Frog-kun tackles the timeless debate from a new perspective. 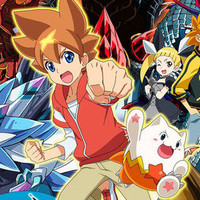 It’s been an eventful past week in the English-speaking anime world. I’m sure you’ve heard the news by now about Crunchyroll’s collaboration with Funimation. This is great to hear because it means more subtitled anime titles on the Crunchy catalog (and who doesn’t want that?). It also means that some Crunchyroll shows will get English dubs in the near future.

Honestly, the timing could not have been better, because this week’s Found in Translation column is about subs and dubs.

Take note: this is not about “subs versus dubs.” It’s not a competition. I’m sure that everyone has their own preferences, but in the end it’s like comparing apples and oranges. Dubbing involves a different set of skills, resources, and priorities than subtitling does. Even the scriptwriting process for a dub is very different from writing a subtitle script. (I’ll write more about this in a future column, perhaps.)

It's a pity that conversations around the subject tend to revolve around how the voices sound rather than the translation issues involved. From the perspective of a translator, what’s interesting about subs and dubs is that they strive in different ways to bring the viewer as close to the experience of watching a Japanese anime as possible. With a subtitled anime, the original audio is retained. On the surface, this seems like a preferable format for language purists. On the other hand, Japanese speakers don’t need to read subtitles to understand the audio, so a dub might actually come closer to capturing the experience of watching anime as a native Japanese speaker.

As we’ll see in today’s column, however, “the experience of watching anime as a native speaker” is an extremely difficult thing to quantify, let alone replicate. When you look at the matter in perspective, the “subs versus dubs” debate misses the point.

I am not a native Japanese speaker. No matter how much I study the language, I cannot tell you how a native speaker would perceive the lines in an anime. For one thing, native speakers can come up with wildly differing interpretations of the same line. Given that every single person has a different perspective, this is bound to happen in any language. For another thing, I didn’t grow up in a Japanese household, and so my knowledge of Japanese culture is obviously quite different from that of a native speaker. I learned most of my knowledge in my teens or adulthood; it’s not joushiki (common sense) to me even when I experience it for myself. 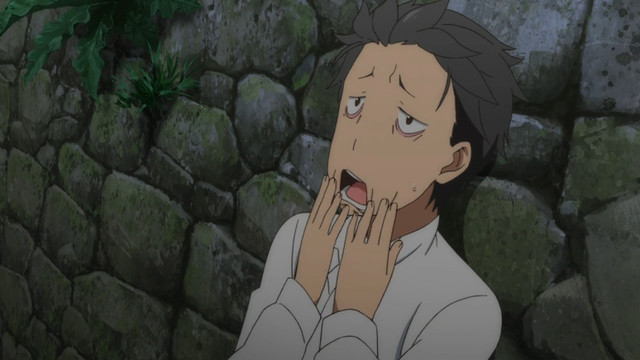 This might sound counterintuitive, but even watching anime in Japanese without the subtitles involves a translation process of some sort. When you reach a certain degree of proficiency in a second language, you may start thinking in your second language instead of understanding words in terms of how they translate into your first language. Even then, however, your understanding is filtered through your cultural biases. The closer you get to the original experience, I find, the more elusive it becomes.

One could say that any act of communication involves translation and that an “original experience” doesn't exist to begin with, although this is getting quite philosophical… The point is that there’s really no such thing as a translation that captures exactly how it feels to experience the original as a native speaker. Even if you learn to speak Japanese fluently as a second language, you don’t get the same experience.

Fortunately, the point of a translation is not to achieve 1:1 equivalence but simply a reasonable approximation. It’s also a matter of prioritization. You can’t capture everything, so you focus on what you think is most important.

It should go without saying, but dubbing and subtitling have different priorities. Dubs generally (but not always) take a more liberal approach to translation and aim to be more accessible to casual viewers, while subtitled releases retain more of the Japanese flavor. However, if you’re trying to get as close to the Japanese viewing experience as possible, the script itself is only one factor involved.

One benefit of dubs is that they can allow you to understand the dialogue without the visuals. You can watch the anime without keeping your eyes on the screen at all times and you can still understand what is being said. This would allow you to watch anime in a similar way to how they are watched by prime time television audiences—not entirely attentively but more or less understanding what’s going on. Long-running classics like Chibi Maruko-chan and Sazae-san would fall into this category. 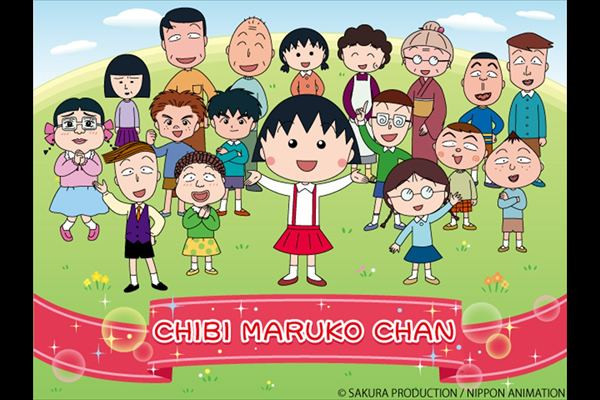 This factor wouldn’t apply to most shows on CR’s catalog, however. Most television anime airs late at night, and often on cable channels to boot. It’s common for Japanese anime fans to tape the episodes and watch them at less ungodly hours. These viewers are generally more attentive than prime time TV viewers because they have to actively seek out the anime they want to watch.

It has also become very commonplace to watch anime on Nico Nico Douga, the popular Japanese video streaming website. The experience is fairly similar to watching shows on CR, although there are some key differences—for example, Nico Nico viewers can watch videos as live reactions from other viewers scroll across the screen.

This particular practice hasn’t caught on with English viewers, but I mention it because it indicates that Japanese viewers are comfortable with reading text as they watch television. (Not to mention that it’s extremely commonplace in Japanese television shows to see writing pop up onscreen, usually for emphasis.) Watching anime with English subtitles isn’t too different from Japanese viewing practices in this regard.

Still, this doesn’t negate the fact that Japanese viewers don’t generally watch anime with subtitles (although Japanese subtitles are included on some home video releases). And it’s worth bearing in mind that subtitles physically take up space on the screen. If you’re trying to appreciate an anime with particularly stunning visuals, you might want to consider watching it dubbed or without the subtitle track if this option is available to you. For what it’s worth, it can also be easier to follow a show’s comedic timing when you’re not reading subtitles. 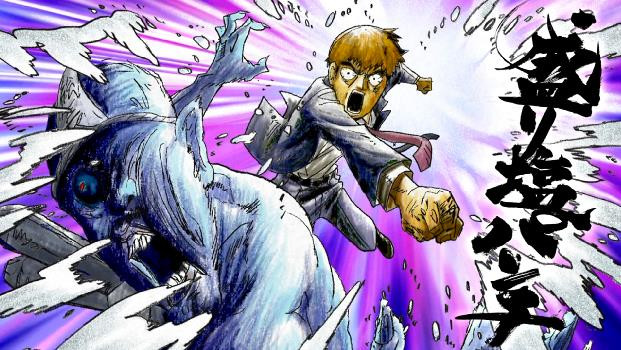 Finally, there are technological factors to consider: what device are you watching anime on? What kind of speakers are you using? Japanese audio mixes for broadcast TV have only two channels (generally speaking), whereas English dub tracks these days are recorded in 5.1 surround sound. On the other hand, if you’re watching anime on your phone in a train, the audio quality will probably not matter so much. And so on.

At the end of the day, very few international anime fans will watch anime on television during the timeslot the show is originally broadcast. Nor will they watch the Japanese Bluray or DVDs. Regardless of whether you watch a dub or a sub, you’re probably watching anime far differently than Japanese fans typically do. At the same time, it’s also important to note that the Japanese viewing experience is changing because of the proliferation of online streaming and mobile phones. This only makes it even harder to pin down how a Japanese person would experience an anime.

While I certainly wouldn’t consider myself a purist when it comes to anime, I think it’s important to consider the translations and technologies we use and how they may affect our own viewing experiences. Instead of taking subs or dubs for granted, consider how they may influence your perception of the anime itself.

Personally speaking, I enjoy English dubs. I think that English dubbing has come a long way since the early days, and I love seeing my favorite anime interpreted in a new way. Even if a particular dub doesn’t work for me, I can always enjoy the original.

From the perspective of a non-native Japanese speaker, subtitles are a light annoyance, but I still enjoy watching subtitled releases because it’s fun to compare a translation to the original. It’s also easier to quote or share screencaps of a particular line from a subtitled script. In my opinion, half the fun of anime comes from the ridiculous things the characters say at times. 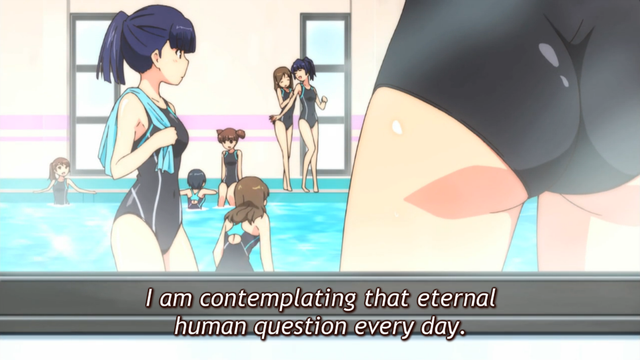 Points to the reader if you can figure out which CR show this came from.

In the end, there’s no right or wrong way to enjoy an anime, so pick the approach that best suits you. There will never be a definitive answer to the question of how to experience anime like a Japanese native speaker, so it’s probably not worth worrying about too much. It can only be a good thing that subs and dubs are both becoming more accessible to anime fans across the world.

So how do you watch anime? Is getting close to the Japanese viewing experience important to you at all? Feel free to share your thoughts in the comments!