I guess most of the material cut was from the top of Teru's head. 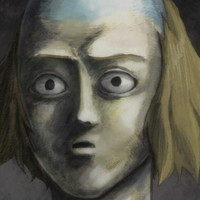 A reminder: I’d recommend checking out Part 1 of my Mob Psycho 100: Source-Adaptation Differences write-ups before reading this one. In doing so, you’ll have a better idea of the angle from which I'm approaching Mob Psycho 100’s anime adaptation.

Continuing from where we left off last week, I’ll be looking at episodes 4 & 5 of the anime. I decided to combine both episodes into a single write-up, as episode 4 was adapted very faithfully from ONE’s manga.

Episode 5 – OCHIMUSHA ~Psychic Powers and Me~

While Yuzuru Tachikawa and Yoshimichi Kameda took their fair share of artistic liberties with the first three episodes of Mob Psycho 100, episodes 4 and 5 were adapted more conservatively. While I did stress creative deviation in my previous article, this was not entirely a poor decision on Tachikawa’s part given the thematic focus of this arc.

In ONE’s manga, the chapters corresponding to episodes 4 and 5 in the anime detail the first confrontation between espers Shigeo Kageyama (Mob) and Teruki Hanazawa (better known as Teru). Mob and Teru’s first meeting is an important one, as it establishes their ideological conflict: when given the gift of psychic powers, how should you use them?

In Teru’s case, he embraced his strengths wholeheartedly – commanding respect from his peers through fear and developing a god complex in the process. Mob, on the other hand, learned from past experience as well as from Reigen that his powers should not be used to harm others. As a result, Mob’s pacifist stance is interpreted by Teru as a kind of cowardice; Teru can't fathom why anyone would suppress such a superhuman ability. 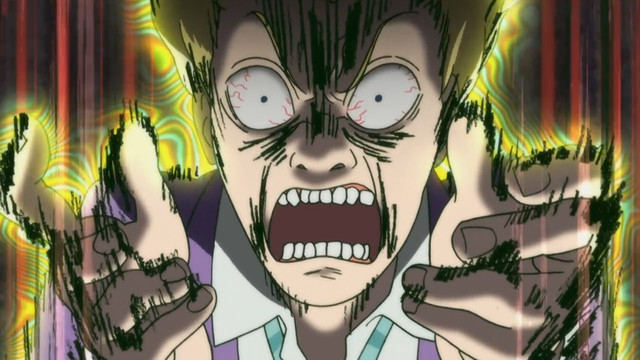 What’s interesting is that while Mob and Teru have chosen to make use of their respective powers in different ways, they both desire the same outcome: to be recognized as individuals. Longing to stand out from the average Joe stems from their lack of self-confidence – something which Teru masks better than Mob, who is more honest about his lack of presence.

As we can see, Mob and Teru’s conflict is rather complicated. I can only surmise that Tachikawa wanted to ensure that the anime conveyed the ideas that ONE had intended to get across, so he treaded more carefully than in prior episodes. This is not to say that the anime’s rendition of this arc was a direct copy-paste from the manga’s storyboard, as Tachikawa’s artistic liberties – subtle as they were – gave sections of episode 5 a unique flavor.

In my view, Tachikawa’s approach as a director is to take a scene’s intended effect – whether it be dramatic or humorous – and crank it up a few notches to magnify the impact. This is most evident with how Tachikawa approaches ONE’s brand of humor: he exaggerates reactions (most notably with Reigen) and injects genre parodies into the veins of the material. It’s a harmonizing fit with ONE’s humor, which tends to be pretty loud and in-your-face anyway. 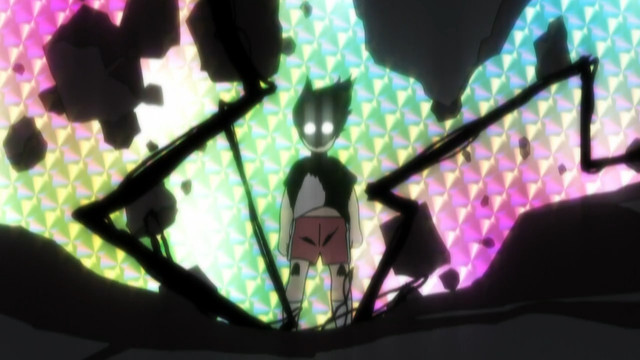 I can tell Tachikawa had fun with the scenes involving Teru’s unfortunate haircut, as he emphasized the shots of Teru’s bald head using “postcard memories” still frames. Likewise, he took special care with the lighting during the section of the fight where Teru turns his tie into a sword to impart a touch of campy horror to the mix.

As a result, the climax of the battle between Mob and Teru in the anime doesn’t quite carry the same impact as in the manga. ONE’s version is grittier and more inclusive of Teru’s rage and frustration – whereas the anime places greater emphasis on Mob’s perception of the events. If anything, ONE’s humor during the fight acts as a momentary pause to the action. On the other hand, Tachikawa’s rendition is more about reveling in each moment, which results in individual sections standing out, but not being as cohesive tone-wise.

Although I’m not completely sold on how Tachikawa decided to adapt this arc, I was nothing but impressed by Kameda’s direction of the fight sequences between Mob and Teru. Using the manga as a blueprint, Kameda and his animation team greatly expanded upon the battle’s storyboard. From the free-form display of kinetic motion to the webgen background animation to the detail present in the debris – it was an intense display of telekinetic powers being used for their most destructive purposes. The battle between Mob and Teru was intended to be fervent to give form to their ideological conflict, and Kameda ultimately succeeded at getting that message across with (pun fully intended) flying colors. 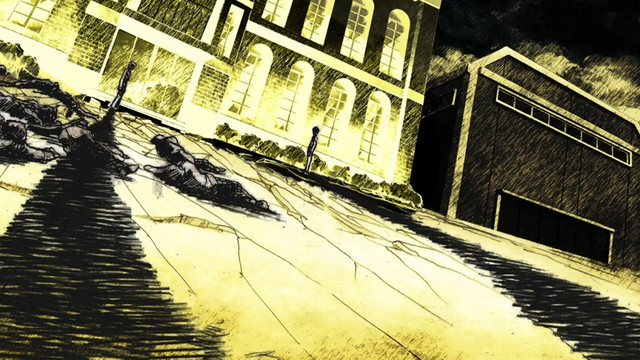 Were you pleased with how director Yuzuru Tachikawa decided to adapt episodes 4 & 5 of Mob Psycho 100? Did you feel he was too respectful to ONE's material or not respectful enough? Let us know in the comments below!