In which we have a small celebration of things that are secretly really good... 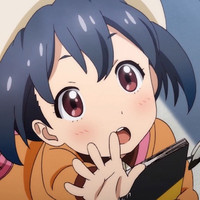 The other day I was watching the latest episode of This Art Club Has a Problem! (or Konobi, an abbreviation of its Japanese title) and laughing at the shenanigens (has anyone else noticed the sketches in this show are way more elaborate than in many comedy anime?), making happy noises about the cuteness, and generally enjoying it a great deal when the episode stumbled into a scene that really stood out from the rest. In it, transfer student Imari has a very one-sided conversation with a friend of Usami's who has been following Imari and now refuses to identify herself so as not to give her stalking away. There's plenty of comedy to be mined out of a situation like this, but instead of diving into the sillier aspects, director Kei Oikawa decided to downplay the comedy elements and instead infuse the scene with a gentler, warmer sensibility through the use of silence, music, Nao Touyama's voice acting, lighting, detailed character animation, and careful direction.

Although the scene stood out a bit inside the episode, it fits into a larger pattern within the whole show of adapting particular scenes with extra attention to the unique strengths of animation and cinematic techniques (something Kvin over at the Sakugablog recently wrote about in relation to the upcoming film adaptation of A Silent Voice). While, on the whole, Konobi isn't necessarily a remarkable production, the care given to scenes like the one I talked about above seem to indicate that the creative staff behind this adaptation aren't content to simply just copy and paste the manga, but want to take the source's best material and make it even better. As far as I'm concerned, they've succeeded.

Tonight, I want to highlight a couple of my favorite scenes from This Art Club Has a Problem! and take a closer look at how the creative and thoughtful adaptation of the anime has made them work. 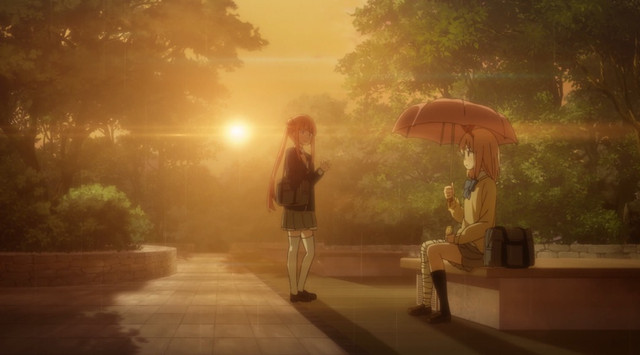 Although the opening sketch in the premiere episode is a good example (and without a doubt the best animated scene of the entire show), the first time Konobi's penchant for turning particular scenes into gold really caught my eye was near the end of episode one, when Usami confronts Uchimaki about him leaving the art club. Although the comedy elements before and after the scene in the episode rob it of some of the contextual strength other such scenes in the show have, it's still a superbly executed conversation.

As I alluded to earlier, the primary strengths of this scene in anime form are derived from elements not among the formal qualities of the manga. While the base scenario and the primary spirit of the manga are preserved here, many other pieces come into play in the anime's version. The most immediately noticeable of these is director Oikawa's choice to use complex sunset lighting throughout the scene. From the inclusion of lens flare directly from the sun and from reflections off metal surfaces to the need to render deeper shadows throughout the scene, it's clear that the intent was to create a particular atmosphere—to set the stage for the confrontation between the two clubmates and Usami's subsequent breakdown.

The scene also plays host to a number of excellent directorial tricks that tap into anime's visual prowess to highlight the emotional aspects of the scene (primarily Usami's feelings). There's the use of the slightly shaky camera as Usami's anxiety begins to rise, shots that focus on her body language, the cute visual symbolism of the streetlight turning green when Uchimaki correctly identifies Usami's worries, and the devastating zoom out from the medium close-up on the bottom of her face to a medium shot that delays, and thus makes more intense, the impact of her tears. But this scene isn't just about the visuals—the soundtrack, which progresses from an understated piano and string piece into a fuller, more dramatic sound as Usami tries to convey her emotions and Uchimaki accidentally hurts her feelings, plays a big role in making the scene work. So does Ari Ozawa's delicate voice acting through her interior monologues, as she makes fantastic use of the breathier parts of her voice trailing off at the ends of line to convey a sense of sadness.

All in all, it's a beautifully executed scene on all levels, one that takes great care to not trivialize the encounter or allow the comedic or tropey elements to overwhelm a grounded and sensitively emotional few minutes. 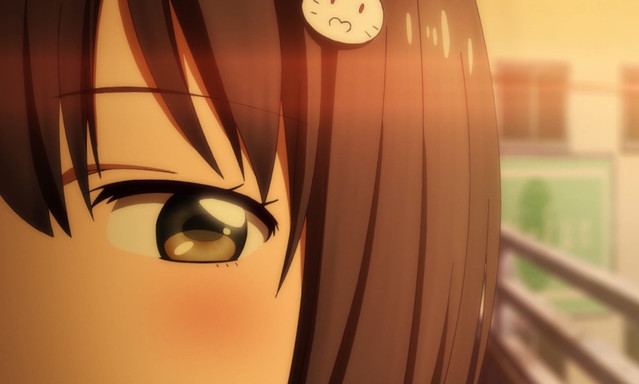 The next scene (or, rather, sketch) that I'd like to highlight is one that functions on less dramatic and more atmospheric terms—the President's episode 9 walk around the school with Moeka. Although there are a good number of other sunset-drenched scenes that could qualify for analysis, I'm choosing to highlight this one because those scenes often leverage the same kinds of visual tricks that the episode 1 scene does. The fact that Konobi can use other sorts of techniques to enhance its material speaks very well of director Oikawa's talents (although he's definitely a known factor since his excellent work on the second season of My Teen Romantic Comedy SNAFU).

Although the sketch (appropriately titled "Moe Stroll") does make use of some creative shot framing, primarily to emphasize Moeka's short height, it's main interest is in creating a particular lazy, relaxed atmosphere—perfect for the President's laid-back nature. Prior to Moeka's arrival on the scene, we're treated to a handful of pleasant establishing shots (check out the rainbow in the corner of the frame) which, paired with a lot of ambient noise like bird song and wind, produce a peaceful, cozy tone. One thing I really appreciate is that Moeka appearing doesn't loudly disrupt the mood of the scene—although the calm piano music stops right when she arrives, it soon resumes as she's incorporated into the atmosphere. And because the music continues to play even during louder moments (such as protests when the President tries to look at her sketchbook), it serves as a sort of sound bridge that subdues the effect and maintains the gentleness of the scene so it can take over soon after.

Once the stroll begins, the music continues to play a large role. The pieces that follow the slower opening song are a bit more upbeat, as is appropriate since the pair are moving, but Kentarou Tone's casual drawl and Aimi Tanaka's charming staccato expressions maintain a kind of easy charm even as the sketch transitions into a more upbeat state. In the original manga, the stroll only lasts a few pages, but it's drawn out in the anime as the two encounter different locations around the school and establish their friendship. This slower pacing, even in moments of relative drama like Moeka almost tripping into the flower beds, keeps the scene feeling comfortable, and the recurrence of the butterfly throughout lends a sense of familiarity to each part of the sketch. All in all, it's quite the nice piece of summery work—and very different from many of the show's other excellent setpieces. 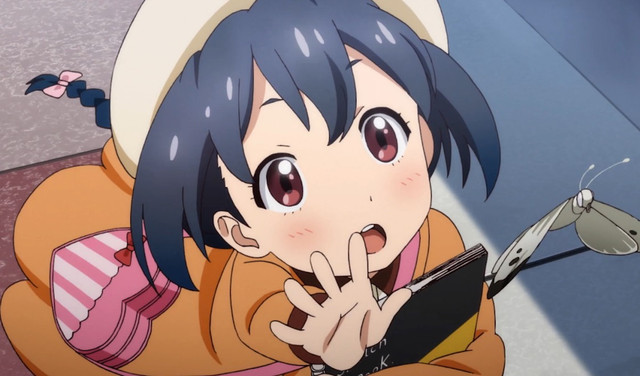 Looking at Konobi's best scenes more generally, certain patterns begin to emerge in the ways Kei Oikawa chooses to handle them. Generally speaking, the overall visual direction tends to establish and maintain certain moods, character animation is used to non-verbally express information about the characters (particularly their emotions), and special attention is paid to the use of sound—from the background music to ambient noises to voice acting—to harmonize them with the visuals. All of these elements (and others I haven't had the space to talk about here) are distinct contributions of the animated format of the story, as they're not part of the on-paper form of manga. As different ways of communicating the same story with somewhat different goals, you can't really say one version is better than the other—but I sure know which one I prefer.

As a final note, I want to make brief mention of why I especially wanted to highlight Konobi's merits. We're often used to shows with a lot of thematic depth or character drama utilizing the kinds of techniques I've discussed as being present in Konobi, but they appear less often in lighter, less serious shows like this. Unfortunately, that often means that the skills of creators working on these shows get overlooked and the shows themselves aren't really recognized as being anything particularly special. But good craft is good craft, no matter what kind of show it resides in, and I think it's a good thing to be able to notice and appreciate when those working on shows like Konobi really use their talents to make the things that are worthwhile in these stories shine. Konobi may not be a deep story of love and revenge, but thanks to the careful work of Kei Oikawa and his staff, I've been able to enjoy it in a unique way that's made it a more meaningful experience for me.

Okay, so maybe you're not watching This Art Club Has a Problem! Or maybe you are! Either way, let's hear about some of your favorite "lighter" shows that are elevated by particularly well-executed moments. Chime in down below in the comments! 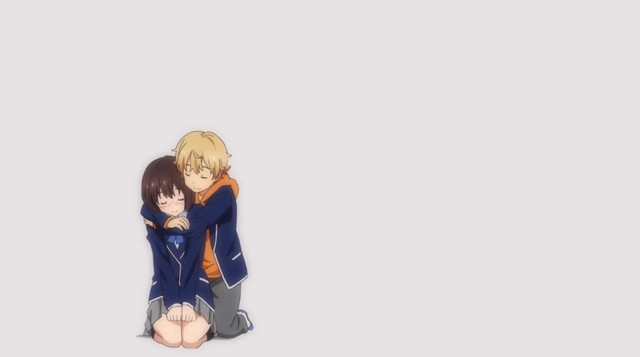 Imigimuru's This Art Club Has a Problem! Comedy Manga Reaches One Million Copies