Check out the real life locations of Sound! Euphonium 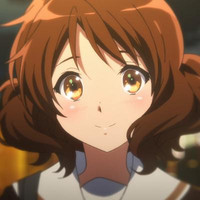 The summer anime season is coming to a close, and the fall anime season is just about to begin – which means that the second season of Sound! Euphonium is also just around the corner! So in preparation and anticipation of the sequel to one of 2015’s finest anime, Anime vs. Real Life is taking a closer look at the real life locations of the first season of Sound! Euphonium.

I was able to take a quick trip to Uji this summer, the real life setting of Sound! Euphonium. Uji is the second largest city in Kyoto Prefecture, with a population around 190.000. The city is located just a bit south of Kyoto, and a bit north of Nara – both of which were former capitals of Japan. Due to the close proximity to two of Japan’s most powerful cultural centers, Uji mainly developed as a crossroad that linked those two cities, with Uji Bridge (one of Sound! Euphonium’s main locations) being one of the oldest bridges in Japan, believed to have been constructed for the first time as early as 646. The convenient position along the Uji River, and the beautiful scenery also helped Uji become a popular destination for the nobles from Kyoto and Nara – which also explains the abundance and high density of temples and shrines in the area. Most of these can be found alongside Uji River, like the Byodoin Temple, or the Ujigami Shrine, both of which are UNESCO World Heritage Sites. If you ever have a day to spare in the Kyoto area, I’d highly recommend checking out Uji.

Furthermore, and even more importantly, Uji is also the home of Kyoto Animation, also known as KyoAni! When it comes to KyoAni, it goes without saying that the show is going to look gorgeous, the girls (and boys) are going to be cute, and that the anime locations are going to be based on real ones. Of course, all of the above apply to KyoAni’s concert band anime as well. And let me tell you, Sound! Euphonium is one of those anime where anime and real life, or the other way around, are getting as close to each other as possible. Not only does KyoAni recapture Uji perfectly, also the atmosphere and ambience of the place is spot on.

But see for yourself, as mentioned above, in preparation for the second season, we’re going to take a look at the real life locations of the first season of Sound! Euphonium. Be warned, it’s going to be quite long, as I’ll cover the first five episodes (chronologically). Let this also serve you a bit as a recap on the events of the first season.

Sound! Euphonium’s opening shot takes us to the Kyoto Concert Hall. Albeit winning gold (only dud gold) in the competition, Oumae Kumiko and her fellow middle school concert band members did not move on the next round, which was especially crushing for her friend, Kousaka Reina. There will obviously be more about Kyoto Concert Hall in next week’s edition.

Due to their cute sailor uniforms, Kumiko decides to go to Kitauji high school, which is called Kyoto Prefectural Todo Senior High School in real life. One thing which I probably should have also mentioned in some of my older articles about Orange, or Love Live! Sunshine!!, is that these school uniforms never look like the ones in the anime.

Already clearly visible in the opening, Sound! Euphonium is recreating its real world counterparts perfectly. I, of course, waited for the street light to turn red for my photo; however, what I’m only noticing now – even the time when I shot the picture was almost the same as in the anime.

After their first day of school, Kumiko and her new friends, Hazuki Katou and Sapphire Kawashima (who prefers to be called Midori, but I’ll keep referring to her as Sapphire, because that’s an awesome name) are on their way back from school, while trying to convince Kumiko to join the concert band. They’re right in front of Rokujizo station here. If you ever want to check out the place yourself, be careful, as there are two Rokujizo stations in close proximity to each other. The one shown here is Rokujizo Station along the Keihan Uji Line, not to be mistaken with the one along the Nara Line (I did). The Keihan Uji Line has a neat little stamp rally going on, where you’re able to collect stamps at each of the stations that were featured in Sound! Euphonium.
On an unrelated note, please notice how I was extra careful to always get the street lights right. Also, anime does not get any closer to real life, or vice versa, than this.

It’s always the little things that tend to amaze me the most. Like Sapphire said in the anime, you really have to press that button for the traffic light to change.

I wish we’d had a similar IC card system for our public transportation here in Austria. It’s just so convenient in my opinion, even though public transport is not cheap in Japan.

Katou and Sapphire are trying to convince Kumiko to join the concert band.

There were a couple of locations that stuck with me for a long time after watching Sound! Euphonium. Such as Uji bridge or the small pavilion where Kumiko and Reina went during the festival, but the one spot which I associated Sound! Euphonium with the most, was this little bench right here. Kumiko always used this bench to think about things, and in the later episodes, even used it as a place to practice (her older sister doesn’t like her playing the euphonium in their apartment). The bench is located right behind the famous Byodoin Temple, right along Uji River. That spot was basically the second to last stop I made that day, and when I finally got there, I just sat down for five straight minutes without taking any pictures. And I have to say that even though this was the first time I was there, having seen this spot so often in the anime, it kind of felt really familiar to me.

The small island which can be seen here across the Uji River, is the Furitsu Uji Park. Also, that bench was crooked.

The entrance to Uji Shrine, on the opposite side of the river. Uji Shrine used to be part of the Ujigami Shrine, which is supposedly one of the oldest still standing shrines in Japan.

Have I already mentioned that the amount of detail put into recreating these places is amazing.

Uji Shrine is also where we first get to see the new concert band supervisor of Kitauji, Taki Noboru, or ‘Meddling, Cute Demon’ as he gets called in episode six.

Just a wild guess, but maybe he’s praying that the band won’t be as bad as their reputation.

Uji Station. Even the color schemes of the trains look the same.

I will cover Uji Bridge more extensively next week.

In the background, you can see Kumiko and her childhood friend, and now senior, Saitou Aoi. Kumiko once again joined the concert band; however, she wasn’t too keen on playing the euphonium again in High School, as she had been playing the instrument for seven years already. Unfortunately, the club’s bass section leader, Tanuka Asuka basically forces her to play the euphonium again.

Kumiko’s bench, as seen from the other side of the river.

Do you see the mountain on the left side, that’s where Reina took Kumiko during the festival in the eight episode.

From the small tree on the right side of the picture, to the trashcan in the back, everything got recreated perfectly in the anime.

There are a lot of restaurants and tea houses along the Uji riverbank. Uji is very well known for its high quality green tea, which got imported from China as early as the 700s. Uji green tea is also a very popular omiyage (souvenir) to bring back to family and friends.

In the second episode, Taki-Sensei decided to let them choose their own goals for the band, and whether or not they wanted to aim for nationals. The vast majority of the group voted to work towards nationals (excluding Kumiko and Aoi). However, the group soon realizes that Taki-Sensei isn’t just all talk, but really means to shoot for nationals, as he increases the practice times for the club members, while also being extremely strict and nitpicky about their performances. That’s why most of the students in these pictures look rather depressed on their way home from school (including Kumiko and Aoi).

We’re back to Kitauji high school in the third episode.

Sadly, there were no gachapon, capsule toy vending machines, there in real life. I would have definitely gotten one (which means I probably would have gotten at least seven).

I mentioned before, that Rokujizo Station was recreated almost perfectly, but even the info boards are nearly identical.

I also played around with the burr effect on my camera a bit.

The promo face on the photo booth got switched out, other than that it’s pretty much spot on.

That’s Hatoyama Third Children Park, a small playground near the school, in a residential area called Hatoyama. I’ll cover the playground in even greater detail during episode nine.

Despite looking relatively easygoing, Taki-Sensei is actually an extremely strict teacher. This gets especially evident in the third episode, as Taki-Sensei threatened the club not to go the local marching event, if they wouldn’t improve and take practice more serious within the next week. I’m actually really curious to hear about your thoughts on Taki-Sensei’s teaching methods.

Can you spot Kumiko in the picture, i mean the pic on the right? There was a paper cutout of Kumiko, greeting everyone arriving in Uji Station. The cutout was even signed by her voice actress, Tomoyo Kurosawa. There's a better picture at the top of this article.

The riverbank on the opposite side of Kumiko’s favorite bench, right in front of Uji Shrine.

That’s the small island in center of Uji River. There also is a tall stone pagoda located on the island.

It’s not the same exact sign, but you get the picture.

As you can see in the picture above, that’s Obaku Station, the nearest station to Kitauji high school.

There is the small cutout of Kumiko again, there was also one of Reina in Uji Station, also signed by her voice actress, Anzai Chika.

No, I didn’t take the short escalator because I was lazy, I needed to take a picture. I swear. But honestly, anime tourism is actually a good workout!

I apologize that I only have a handful of pictures from Uji Station taken during the evening. This comparison shot demonstrates very well how KyoAni is able to not only recreate these locations one to one, but also capture the right atmosphere of the place.

Please notice the traffic light (also in the pic above).

There it is – the ‘budget smile’. Although, I do admit, without Reina in the picture the whole comparison shot is kind of pointless, as you can’t really see anything other than Reina, but that’s where she stood during the scene. I also played around with the burr effect on my camera a bit.

Anime doesn’t get much closer to real life than this.

And that’s where we’ll end it this week. You’ll get to see the rest of the pictures in next week’s installment of Anime vs. Real Life. Was I able to make it up Mount Daikichi? Find out next week! And so the next piece begins…

Is everybody here already as excited as I am for season two of Sound! Euphonium? I personally can’t wait to see more of Uji. Now, what did you guys think about the show’s real life locations? Sound off in the comments below!