FEATURE: Head Space - The Genre-Twisting "Alderamin on the Sky"

Alderamin on the Sky takes old genres in new directions and leaves one hell of a cliffhanger! 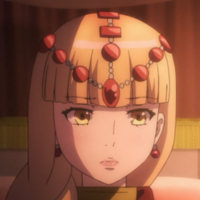 Summer was one of the most unique seasons of anime in recent memory. The Prohibition-era drama of 91 Days, hyper-experimental animation of Mob Psycho 100, a multi-national collision of old and new with Thunderbolt Fantasy, and the continuation of other mold-breaking shows like Re:ZERO and Jojo’s Bizarre Adventure all in a single season. Against that backdrop, it’s difficult for a show that merely breaks convention to stand out. In an season of experimentation, one anime that flew under the radar more subtly breaking convention was Alderamin on the Sky, a wonderful twist on several classic genres of television and cinema not often seen in anime. 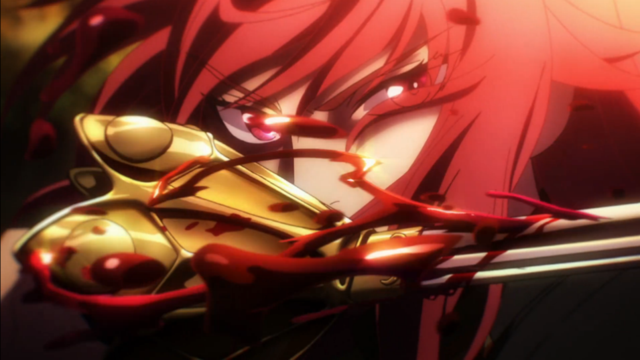 But still keeps all the flavors that you know a love

Japan is no stranger to procedural dramas. Although the classic police procedural is most often associated with Hollywood, Japanese history with with the procedural is no less deep, with origins in cinema as early as Akira Kurosawa’s Stray Dog (1949). The genre was immensely popular, but has stayed primarily in the realm of movies and live-action television. While there have been a few standouts, such as Patlabor, Perfect Blue, and Ghost in The Shell, these series all take place in a militarized near-future setting. The United States has been expanding the genre since the 1990’s to related fields such as criminal law with Law & Order, forensic science with CSI, and medicine with ER. Alderamin twice stands out even by America's broader standards, first for being a rare procedural manga and anime and by taking the already obscure sub genre of military procedurals and expanding it into the world of fantasy. 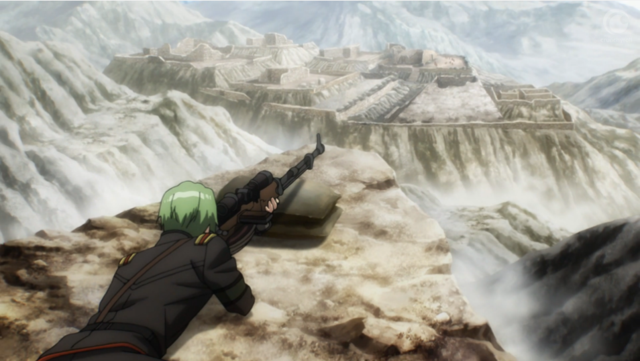 No one ever asks themselves how these guys get there

Despite the immense bureaucratic and logistical structure practically inviting investigation, military are among the rarest of procedural dramas. Wars present a story all their own that tend to eclipse any attention that would be spent on the engine hidden under the hood of a fighting force. It takes a lot of knowledge and even more consideration to not only capture the intricacies of distributing supplies, managing intelligence, and internal politics that go on behind the battlefront, but also careful control of keep focus on a specific narrative within such a massive machine. Even in the United States we primarily have Tom Clancy adaptations to thank for the subgenre having escaped the world of literature. Alderamin has accomplished a similar feat, beginning as a light novel series that has inspired a manga and now an anime. The series successfully portrays the complexities and chaos of battle while also taking the time to describe in detail how military logistics can decide the outcome of a battle before it has even begun and, in some cases, become the cause itself. 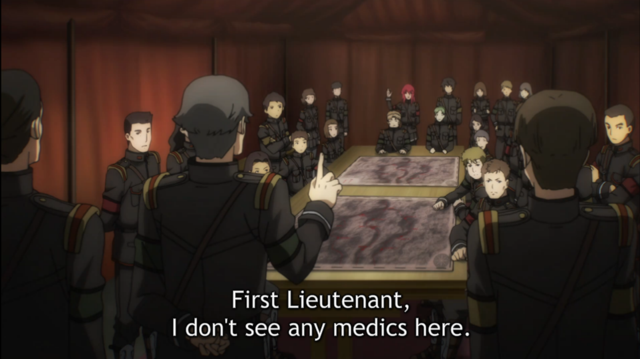 Generally any good procedural will present two major obstacles to its cast, resolving an issue with sufficient certainty that it satisfies the laws that have been put into place to protect lives, such as overcoming reasonable doubt or proving a diagnosis to justify risky treatments, or dealing with internal corruption. Our protagonist Ikta has both working against him. A Holmesian genius espousing the scientific method and rational thought in a country heavily invested in ideals of honor and religious belief, Ikta's challenge isn't discovering the solution as often as getting his superiors to go along with it. Although not ambitious in any sense, possessing a hatred for all things military, climbing the military ladder becomes a necessity to realizing his plans. Ikta's already got the qualifications as his smarts make him a natural when it comes to strategy. This is where the logistic element comes in, as Ikta must use every loophole available to him, politic, and undermine his superiors to get his way. Failure can very well mean the death of his friends, whether it be at the end of a bayonet, from starvation, or altitude sickness. 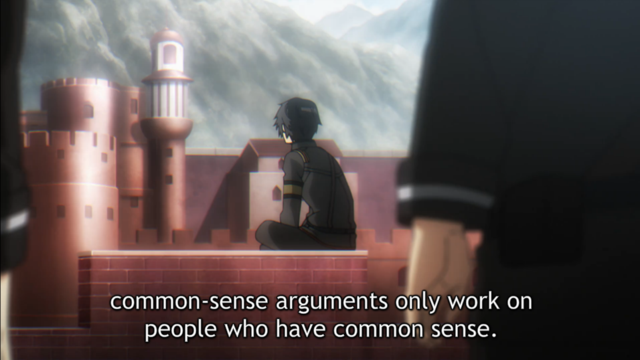 An idea that resonates with all of us

Teasing out the importance of minor details in the theater of war is difficult enough on its own, but Alderamin takes this a step further by winding back the technological clock and placing the conflict in a world of fantasy. Although many aspects of the setting are familiar, removing historical precedent, creating unique cultures and religions, and adding magic to the mix presents a tremendous challenge in puzzling out how the interactions between all these original concepts could change or create new bureaucratic structure. Alderamin almost presents itself as a period piece, placing fictitious nations against each other with military technology at roughly the sophistication of the Civil War. Firing lines are commonplace, rolling cannons are as feared as modern tanks, and rifling is a state of the art development in firearms. The inclusion of magical spirits as military aids, as well as the religious ramifications of their use in warfare, present new options on the field of war and unique avenues for intrigue. 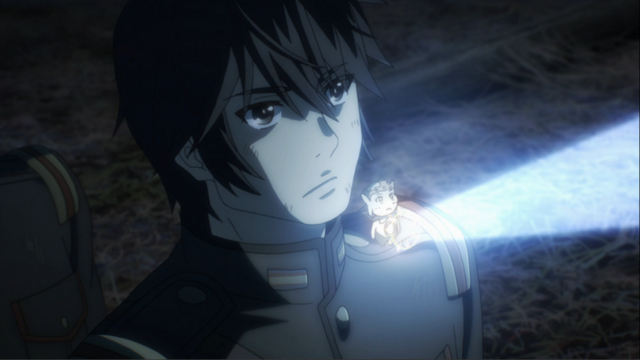 Another primary dynamic of Alderamin which was an outgrowth of procedural dramas, the buddy cop genre. These two themes have gone hand-in-hand in Japanese cinema going back to Stray Dog. Ikta and his constant companion Yatori fall perfectly into the buddy cop mold of opposites overcoming their differences and learning to work together which is the foundation of any good buddy cop story. Ikta is unique for his strategic brilliance despite wanting nothing to do with being a soldier, with only his concern for his friends driving him to any action beyond spending his days in pursuit of pleasure. Yatori was bred for combat in every sense of the word, relying on his overwhelming martial prowess and instinct to see her through combat and enlisting in the military as a necessary part of living up to her proud lineage of warriors. Although much fo the shared childhood conflict which forms their bond of mutual trust is seen in flashback, making Alderamin something of a sequel to the duo's origin story, the manner in which their opposing styles ultimately complement one another falls perfectly into the genre's niche. Despite their differing motivations and beliefs, they now trust each other with their lives. Their ritual of taking meals sitting back to back is particularly illustrative of their trust in one another to look out for them while they’re at their most vulnerable. 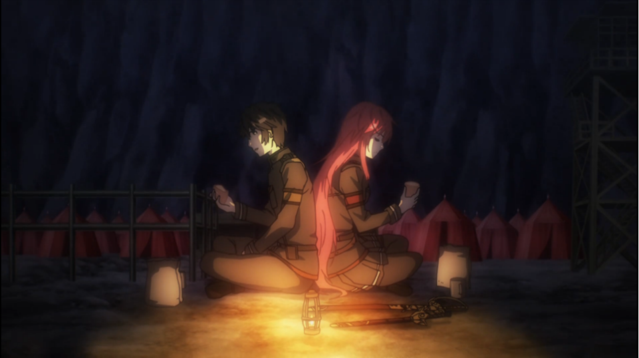 In addition to expanding the horizons of these classic genres by introducing them to new concepts and settings, Alderamin caps off the season by introducing subversive elements that set the stage for a second season to take the story to new heights. Where an alternate world opened up new options for the procedural genre, Alderamin looks to take a new direction with the buddy copy dynamic by placing the inseparable allies at odds with one another. Looking forward promises all the intricacies of the present with the possibility of elements of a political thriller based in what could become a very personal conflict. The same oppositional beliefs that Ikta and Yatori have learned to respect in one another may still become the untenable difference that draw them into conflict. 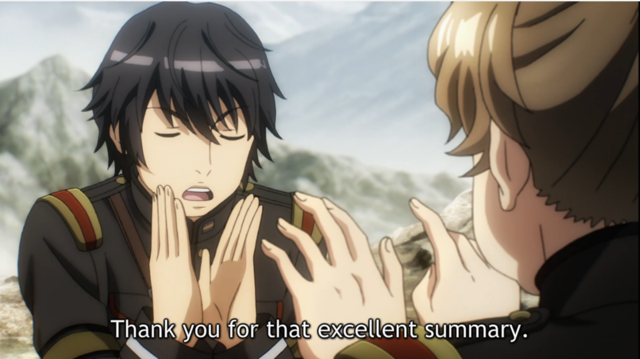