FEATURE: Found in Translation - What Makes the "My Teen Romantic Comedy SNAFU" Novel So Relatable?

The English version of the My Teen Romantic Comedy SNAFU novel retains all the wit and off-beat humor of the original. 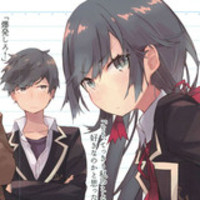 I first read the My Teen Romantic Comedy SNAFU novels soon after the first season of the anime hit the airwaves, and it’s been one of my favorite light novel series since then. It’s hard to describe exactly what makes the series so appealing to me, but it essentially comes down to this: it’s the most true-to-life representation of the high school experience that I’ve encountered through fiction. 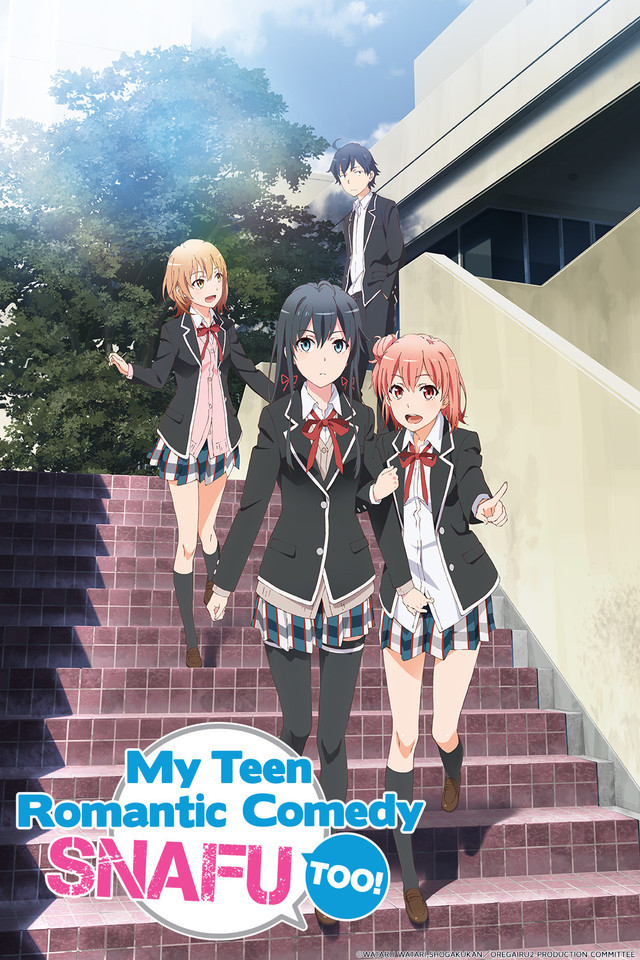 I’m a little surprised that the series resonated so much with me. I didn’t attend a Japanese high school, for one thing, and many of the pop culture references in the novel are downright esoteric. The author, Wataru Watari, never wastes an opportunity to share trivia related to the prefecture of Chiba, where he grew up. Even Japanese readers don’t get all the references; I’ve come across a few blogs compiling the references for the benefit of other readers.

And yet despite all of these obscure references, there’s something universal about this tale. The story follows a teenage cynic named Hachiman, who is forced to join the Service Club in order to mend his supposedly “rotten” ways. While the setup is typical of so many high school anime series, SNAFU manages a level of psychological insight that many of its kin simply don’t muster. Over the course of eleven novels (and counting!), the series deftly explores the interpersonal tensions that arise when an overly self-conscious and cynical loner is forced to interact with others. 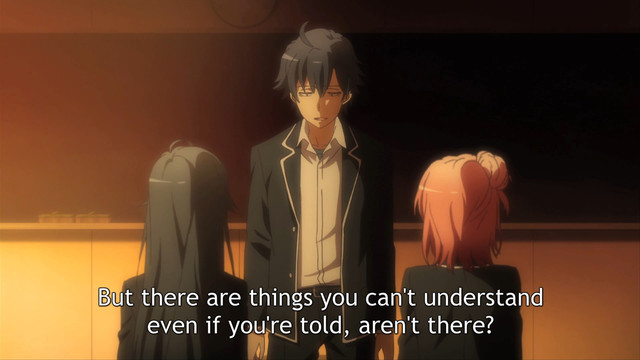 The novels are carried by a strong narrative voice. Hachiman’s cynicism drips off every sentence. Most of the humor comes from twisting the reader’s expectations of anime high school romcom tropes and making fun of how unlikeable and pathetic the protagonist is. Yet between the jokes and witty banter between the characters, the novel occasionally dips into thoughtful monologues, which sensitively depict Hachiman’s emotional confusion and growing self-awareness of his own faults.

In sum, My Teen Romantic Comedy SNAFU is so deeply invested in the headspace of a modern Japanese teenager that it succeeds in capturing the mood of a particular time and place along the way. The Japanese pop culture references help set the scene for the story, anchoring Hachiman’s introspective musings in a world that feels distinct and tangible, even when it’s not the world the audience lives in. It’s a reminder that some things about the human condition are the same no matter where you live. As Isaac Akers once remarked about Showa Genroku Rakugo Shinju, there’s something universal in a story that focuses on the particulars. 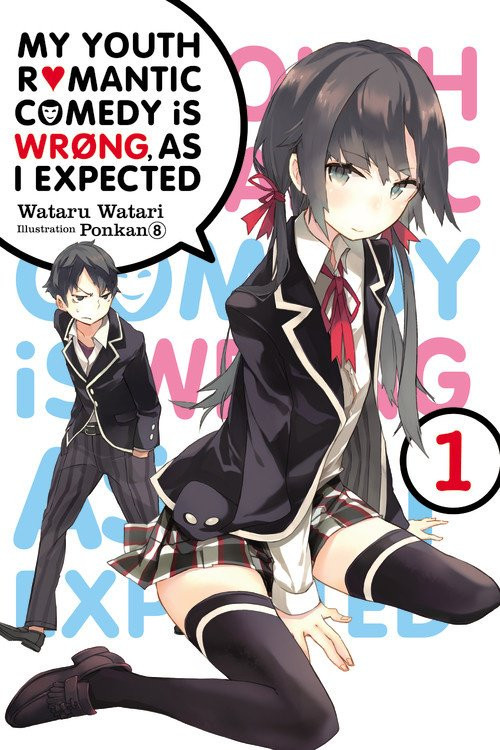 When Yen Press first published an English translation of the novel under the title My Youth Romantic Comedy is Wrong, as I Expected, I wondered how it would capture SNAFU’s distinctive writing style. It struck me as a rather difficult novel to translate on a technical level. Hachiman often narrates the story with prescriptive grammar, only to suddenly interject with casual speech, as if he’s interrupting his own thoughts. It can be rather difficult to capture the flow of this stream-of-consciousness style of prose, especially since English writing tends to have different paragraph and syntax conventions than Japanese writing.

As it turns out, I needn’t have worried about Hachiman’s voice getting lost in translation. Jennifer Ward’s translation captures the charm and wit of the novel with ease. Hachiman remains a relatable character even in translation because the idiosyncrasies in the prose are perfectly preserved.

Take this excerpt from page 14, for instance:

It was after school, and two students were alone together in a classroom. A gentle breeze rippled the curtains, slanted sunlight flowing in, and there was a boy who had worked up his courage to confess his love. Even now I can remember her voice in every detail.

Can’t we just be friends?

Oh man, what a crappy memory. And forget being friends—I’d never even spoken to her after that. 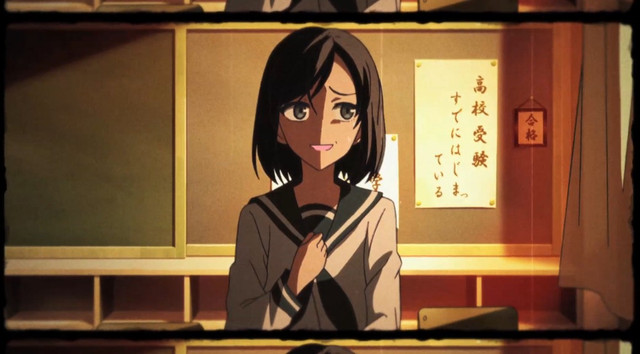 The joke here is pretty emblematic of Hachiman’s style of narration. He sets up a romantic scene by using flowery language, only to skewer it with his trademark snark.

The English here is not a word-for-word translation of the Japanese. In the Japanese, Hachiman evokes the romantic scene by focusing solely on the imagery. The sentences also don’t follow the subject -> verb -> object sentence structure at all.

A more literal translation which retains the Japanese syntax would go like this:

After school, a classroom with only two people.

The curtain sways in the gentle breeze, slanted sunlight pours in, and then a boy who mustered his courage and confessed. That girl’s voice, which can still be remembered in detail today.

As you can see, it would have been awkward if Ward had tried to keep the poetic rhythm of the Japanese prose by retaining the syntax. She also understood that this sort of pseudo-poetic language is better expressed in English through verbose sentences rather than through grammatical fragments. In English, the flowery sentences still work as a setup to Hachiman’s ruthless punchline.

Ward’s translation also shone when it came to the dialogue. Each character has a distinct voice, making their lines clearly distinguishable even when the conversations lacked dialogue tags (as they often do). Zaimokuza, the overzealous fantasy nerd, was particularly fun to read in English, featuring lines like these:

“Hachiman, I have come to this place so that my wish might be granted, as per my agreement with thee. I hath but a single wish to ask of ye, though it is a truly noble and sublime ambition.” (pg. 117)

“Silence! You half-handsome failure of a hot guy! I took pity on you because you were a loner, but now you’ve gotten cocky!” (pg. 161) 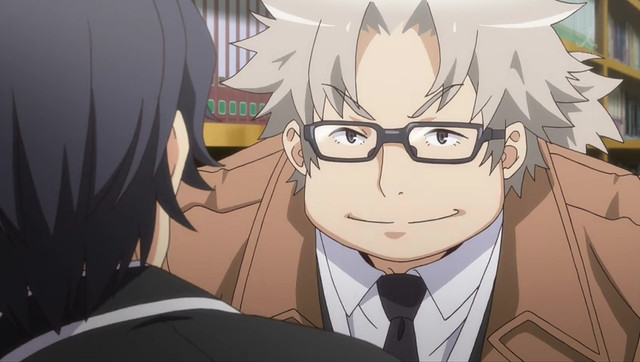 And what about all those obscure pop culture references that form the backbone of SNAFU’s comic sensibility? Ward translates those by… not really translating them. In a rare move for Yen Press’s light novel translations, SNAFU features translation notes at the end of the volume, which explain the references for the uninitiated. These notes don’t disturb the flow of the text itself, although readers may need to keep a thumb at the end of the book in order to follow along with everything the characters are saying.

There are many discussions that can be had about how best to translate culture-specific references for a different audience. That’s a matter for future Found in Translation columns, so for now I’ll leave that particular issue for the readers to decide.

Personally speaking, however, I thought it was for the best in this case that the translator did not change the references to make them more understandable for English-speaking audiences. Even if the reader doesn’t “get” the joke immediately, the references still serve the purpose of setting the story squarely in a modern Japanese boy’s headspace. For me, it was more important that the prose captured the “voice” of the novel, so that the characters’ peculiarities could transcend their own culture and become more universally relatable.

I’d already read the first volume of SNAFU a few times before picking up the English translation, but reading it again reminded me of everything I love about the series. The end of the first volume wraps up with SNAFU’s distinctive mixture of wry humor, angry bitterness, and wistful nostalgia. It’s the perfect way of revisiting the best and worst of my high school years. 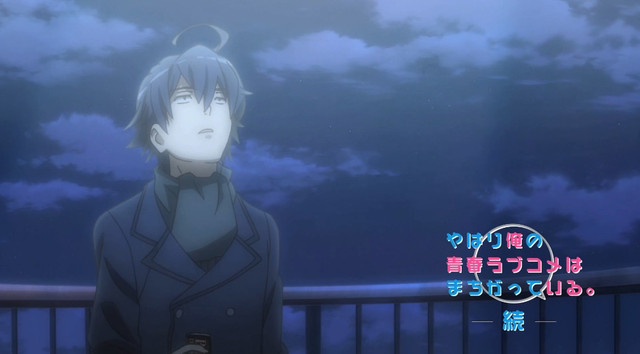 Have you read/watched My Teen Romantic Comedy SNAFU? Feel free to share your thoughts on the series in the comments! And if you’re interested in buying the novel, you can check it on the Yen Press website here.