FEATURE: Aniwords – The Importance of "orange"

Let's jump through a blackhole into a show from a season past... 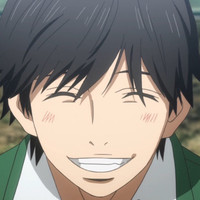 Please note: this post will contain both spoilers for the entirety of orange, as well as discussion of topics like depression and suicide. If you wish to avoid either of those things, now's the time to stop reading. I'll see you again for next week's Aniwords.

Every so often, I come upon a story that I feel so completely succeeds in one critical aspect that its merits in that area either nearly or completely override any other flaws it may have. Or, more precisely, such merits simply render its perceived flaws as irrelevant. This is a commendation of the highest degree, and I can only think of a handful of such tales that I would offer such uncritical respect to—all of them involving some sort of truly beautiful element like forgiveness, redemption, or self-sacrifical love. The most recent anime I can think of that I'd consider this true of is Golden Time, which somehow dredges up exactly the right answer to all the poorly asked and poorly considered questions of its fittingly messy execution.

orange is a much better show than Golden Time. Blessed with incredibly good source material, a distinctive visual aesthetic, lovely music, and a director who doesn't actively sabotage important moments with poor artistic choices and even sometimes enhances them, it tells a coherent story with likable characters the audience can empathize with and brings all the pieces together in a touching conclusion. It's emotionally effecting, solidly written, and, most critically, allows the strength of its characters to carry the story. It's also not perfect, as the show is plagued with production issues, the direction occasionally makes odd choices, and the pacing can sometimes feel slow. Even so, I consider all of those traits—both positive and negative—relatively meaningless before the thing that makes orange not good, but important. 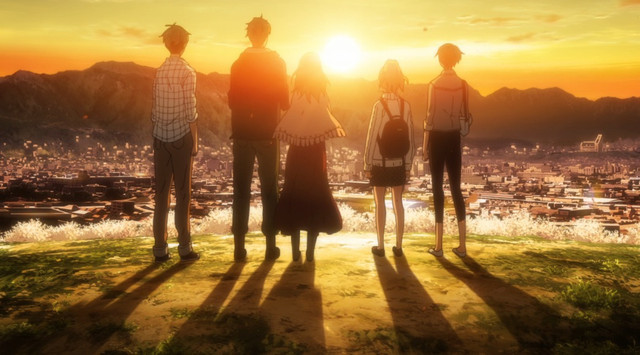 What is that thing? It's tough to describe something it, but perhaps if I tell you that orange is compassionate, empathetic, kind, and truly loving, you'd bet a bit closer to understanding my meaning? Or perhaps not. Let's dig further.

orange is the story of five friends trying to both avoid personal regret and save the life of the depressed, self-hating Kakeru after receiving letters from their future selves of an alternate timeline where Kakeru has killed himself. This is a premise that stands on the razor edge of disaster—too much optimism would erase the the critically important agony and sadness Kakeru is experiencing, too much cynicism would leave us with a hopeless, perhaps even pointless show. It is to orange's immense credit that it, as far as I'm concerned, walks this tightrope with grace and care. Kakeru's depression and suicidal thoughts are never glossed over, and orange takes great care in allowing us, through protagonist Naho's viewpoint, to witness the wide range of his humanity as he struggles, laughs, cries, and ultimately manages to come to a place where he wants to live. Such a portrayal gives us a character who is realistically torn between the good things in his life and the unbearable pain he carries with him. It never fetishizes his struggle or manipulates it for the sake of the plot; Kakeru always remains in the center.

Alongside this careful depiction of Kakeru walks the key message of orange, which balances the need for a concrete narrative resolution against the dangers of making it all too easy (and thus structurally undercutting the delicate work of avoiding trivializing his depression). What is that message? Simply that loving someone, never giving up on them, and truly caring for them are the best things you can do. This idea of "saving" a depressed Kakeru from suicide risks the dual arrogances of denying Kakeru's own agency and of stating that it's simply enough just to be nice to someone to keep them from killing themselves. orange does neither of these things. In the final episode, it is Kakeru who actually makes the choice to step back from the road and preserve his life. And, throughout the entirety of the show, Naho, Suwa, Hagita, Takako, and Azu consistently decide to put Kakeru's well-being ahead of their own wants. That's not just being nice. That's truly loving someone—and in the end it is that love that provides Kakeru with the support he needs to make the decision to live. 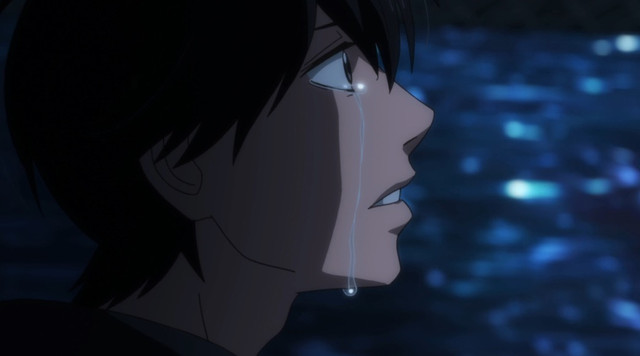 At this point, I feel a brief consideration of the "realism" of orange is necessary. Science fiction elements set aside (nothing more than a device of convenience, as far as I'm concerned, and not deserving of the time the show spends discussing it), a large part of orange's ability to be as impactful as it is derives from its basic understanding of the reality of Kakeru's depression and suicidal thoughts. Both of these things are intensely personal experiences, and so it's true that Kakeru's story is not and cannot be representative of all, or even most, real people who struggle with them. That being said, as someone with professional experience with depressed and suicidal people, I feel that orange conveys a significant amount of the essence of these situations by being profoundly consistent at characterizing Kakeru according to his own specific experience. In other words, Kakeru's depression is true for him, and that's the most important thing. orange's proficiency at showing Kakeru as a specific character allows to connect it to and lends it the power of reality—leaving it up to us to understand that it is still a fictional story and, as such, ought to be afforded leeway for a certain amount of unrealities.

But what is, without question, true about orange is its endorsement, celebration, and confirmation of the value of human life, love for another, and the desire to simply walk alongside someone who is hurting. This is, really, the answer to the question—why is orange important? orange is, whether it is a good anime or a bad anime, an undeniably important one because of the message it carries. In fact, I would go so far as to say that it doesn't even matter whether or not orange is "good" or "bad" because of the inherent validity of what it both states and embodies, "You are important. You belong in this world. Even if you feel worthless, you have worth. Even if you messed up, you deserve to live. You are loved. You aren't alone."

I wish everyone could hear that message. I wish I could give that feeling that Naho, Suwa, and the rest give to Kakeru to everyone. Every day, there are people out there struggling with deep, incomprehensible pain and self-hatred like Kakeru's. As comforting as it would be to merely brush off orange as fiction, the fact is that Kakeru's story is not really a fiction at all. And these people, even if they can't believe it themselves right now, deserve to be told, "You are important. You are loved." Because they're human—and they don't need to be anything more than that.

If nothing else, orange is important because it reminds us to tell people they are loved and to show them that they are loved. That's all. That's enough. 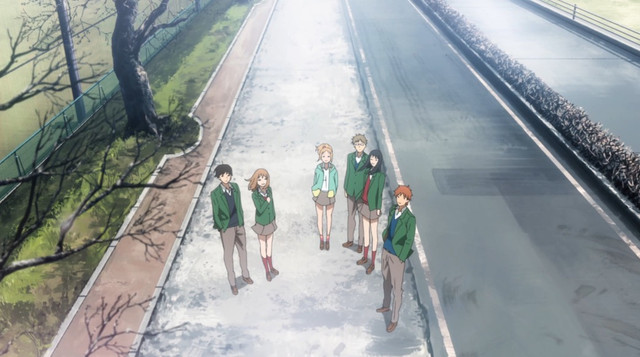