In which we ponder the light that burns even in the darkness... 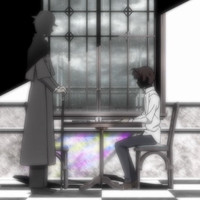 The mechanics of a good tragedy often operate around the central motor of inevitability. Whether it be unfavorable cosmic circumstances or simply the persistent cycle of a flawed person's inability to make the good choices they need to make (tragic flaws and such), I might even go so far as to argue that tragedy is at its most potent when it highlights the futulity of man's struggle to avoid it. After all, the world we live in is, in many of its forms, certainly a tragic one—and so stories that tap into the feeling of tragedy unavoidable have the potential to resonate deeply with our own experiences of life's darker times. But even if tragedies are informed by that saying we all know so well—"life's not fair"—witnessing how characters struggle against and cope with the seeming inevitability of darkness in life can sometimes give way to powerful moments of light.

The final episode of Dazai's backstory arc in Bungo Stray Dogs' second season is exactly this kind of tragedy. The principals of this story—although seemingly including Ango in the earlier parts—are Dazai and Odasaku, two sides of the same dark human coin who nonetheless offer each other the opportunity to become light. The tragedy of their friendship, which ends with Odasaku's death, is ultimately a multi-layered one, weaving in elements of lost dreams, existential misunderstandings, and crushed hope. And yet, we also see that these two men find redemption in each other. Odasaku may have passed away by the end of this arc, but the substance of his existence is carried forward in the reformed Dazai. Thus, tragedy becomes something greater. 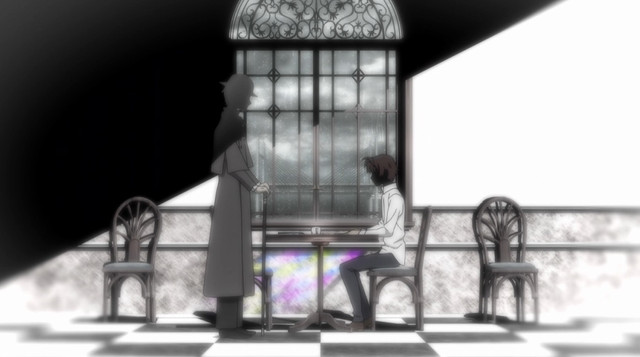 Odasaku's death following his duel with Gide and his subsequent conversation with Dazai takes a number of tragic elements and stacks them on top of each other, each one building on the one that comes before. In doing so, the story both amplifies the tragedy of the moment and systematically sets up each element to be redeemed.

The first and most basic tragedy is simply Odasaku's death. Having spent four episodes with this man, understanding how and why he lives the way he does, and seeing what he means to Dazai as a friend, we the audience are given the ability to feel sadness over his death being used to fulfill the desire of a person he really knows nothing about. And because, due to the parallels drawn between Odasaku and Gide (their mirror abilities and struggles to find meaning in life) and the forces that drive Odasaku to the battle (the murder of the orphans and the unstoppable momentum of the story's structure), we realize that his death was inevitable, a feeling of unfairness—perhaps even hopelessness—reigns. We see Odasaku's death coming, even literally foretold by Rampo Edogawa, and yet nothing can be done to halt its arrival. It is not just the death of character in a story, but of a man we had been given the chance to come to love.

Compounding upon this first tragedy is the second tragedy of Odasaku's lost dream of becoming a writer. Rather than being the reason for the extinguishing of his dream, Odasaku's death is rather a symbolic gesture of how losing his vision for escaping from the violent world in which he works became the ending of him as a person. Why did Odasaku go to fight Gide in the first place? Because pursuing his dream had lost its power to drive him forward. His physical death is merely a sign of the death of his spirit in the wake of the orphans' murder (which is in itself a metaphor for Odasaku's inability to break free of the cyclically violent life that binds him); his decision that he will not be a writer is less a tragedy of a book unwritten and more a tragedy of a tale he was unable to end. 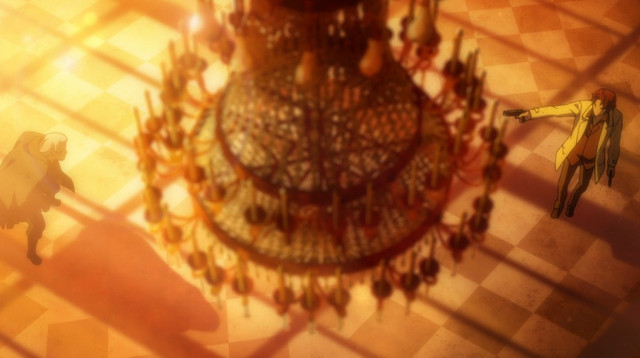 The third tragedy is nothing more than the logical conclusion of the first two. As Odasaku speaks with Dazai, he arrives at a profoundly nihilistic interpretation of his life. "Nothing in this world can fill that lonely hole you have," he tells Dazai, a reflection both on Dazai's apathy toward life and his own failure to escape his tragic circumstances. "You will wander the darkness for eternity." Having tried so hard to leave that darkness by avoiding murder and taking care of the orphans (and thereby aligning himself, at least to his own standards, with good) only to see it all snatched away from him, Odasaku concludes that good has no inherent superiority to evil and so attempts to validate Dazai's moral grayness. But the tragedy here is not only that Odasaku dies believing that people only "exist to save themselves," but that he fails to understand the falseness of that idea.

Given the circumstances of his death, one might be tempted to take Odasaku's nihilistic final words at face value; however, to do so would be to fall into the same trap that Odasaku himself does. Ironically, his last lines, "People exist to save themselves, huh... How true..." are the easiest to disprove—and in unmasking them, the whole facade comes tumbling down. Having paralleled Gide's desire to save himself by dying at Odasaku's hand by likewise giving up his own life in the wake of his lost purpose, that Odasaku would feel both he and Gide existed only to relieve themselves of their pain by using each other makes sense. But what Odasaku tragically misses is the fact that, through his life, friendship, and death, he has saved Dazai. "Become a good man," he tells his friend, as Dazai holds him. The visual metaphor in this moment is impossible to miss—even as Odasaku speaks of futility and darkness, he and Dazai are cast in light streaming through the window.

Here, tragedy and redemption mingle as one. Odasaku dies lamenting his existence while we, the audience, are privileged to see Dazai redeemed through his death. The tragedy is Odasaku's ignorance of the power of the witness of his life. Even though he believes he has died in futility, it is nonetheless true that he becomes in death a force for Dazai's reformation. Odasaku may have died unable to become a writer in the way he wished, but his story continues on after him in Dazai. The loss of his life becomes the impetus for Dazai's obedience to his almost Biblical-sounding plea, "Save the weak, and protect the orphans." In dying his presumed futility, Odasaku liberates Dazai of his hopeless attempts to find meaning in the violent, callous world of the Port Mafia, pushing him toward a new life where Dazai may someday discover a life worth writing about. 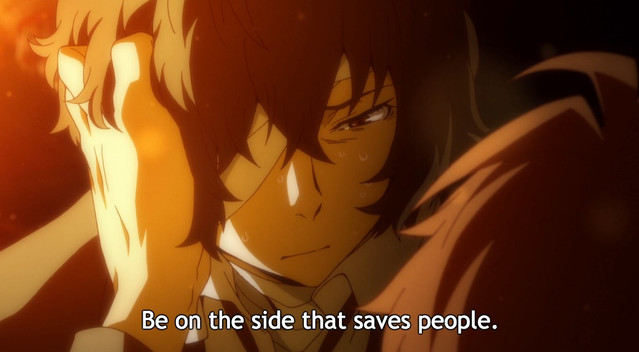 There's much more that could be said about about this arc of Bungo Stray Dogs (particularly related to the visuals), but to return to the idea of inevitability I raised at the start of this piece, it seems to me that the while the tragedy of the arc is inescapable, so also is the redemption within it. It's almost as if Bungo wants us to understand that while life's darkness is something we can never truly rid ourselves of, neither is its light. Odasaku did not die in vain; Dazai was redeemed. We cannot, of course, ever really replace that which is lost in the violent turmoil of existence, but that doesn't mean we can't build hope anew as tragedy gives way to the relentless forward motion of life.

This arc of Bungo Stray Dogs is quite a departure from most of the first season's material. What did you guys think of it? Chime in down in the comments! 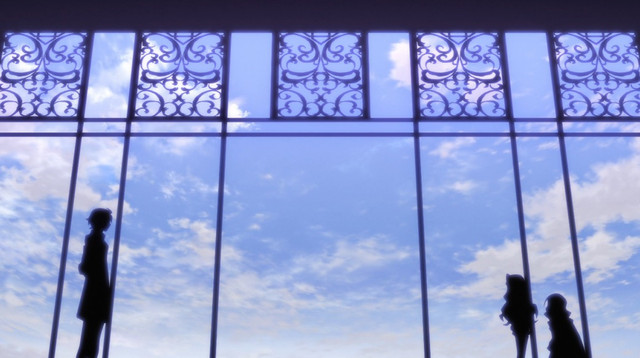