Today we explore JoJo's love of melodrama in all its forms! 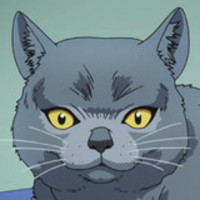 It’s been a few weeks since I talked about JoJo here, but I’m sure you all knew I couldn’t stay away. I just had to find another excuse to discuss it - and with Kira recently having faced down a dead cat that somehow transformed into a Stand-wielding flower, it seems the time has come. Kira facing off against this flower-cat was ridiculous on its face, but in the context of JoJo, it actually didn’t seem terribly out of the ordinary. And that’s because of something very specific and very uniquely JoJo - the way it embraces all things in its universe as worthy of celebration, energetic framing, and lots of dramatic stills. 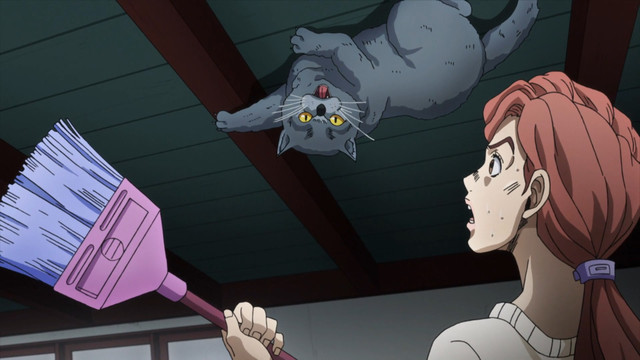 Many of the things JoJo takes very seriously aren’t very serious at all - that’s a given. It’s a show about a bunch of idiots fighting vampires and psychic murderers and whatnot; it’s already got a solid floor of silliness to start. But layered over that silliness, many of the things JoJo takes seriously are also very mundane things. And it’s the equal-opportunity framing of JoJo’s legitimate drama, fantastical escapades, and mundane details that helps make the show so special.

The example of this phenomenon that I always return to comes from JoJo’s first arc, when Jonathan Joestar has just been ripple-healed by Zeppeli. Jonathan is astonished by this feat, as he well should be - Zeppeli just invalidated half of modern science, his powers are clearly worthy of note. But the vehicle Hirohiko Araki uses to demonstrate Jonathan’s new health is decidedly less impressive - putting his recently restored arm to use, Jonathan lifts a stone above his head and shouts “I can even lift this rock!” 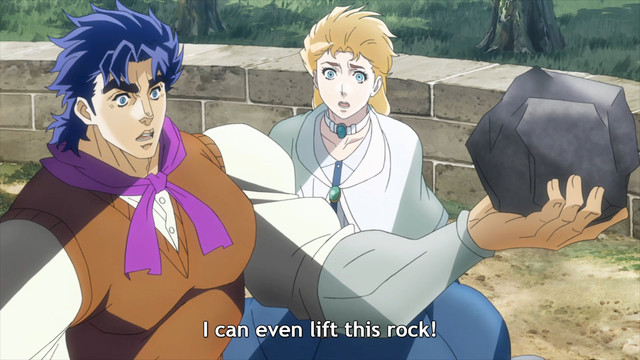 Given he’s already a craggy mountain of muscles, there’s nothing surprising about Jonathan being able to lift this rock. Yes, he’s attempting to show how he’s been healed, but why that particular vehicle for it? And as framed by the show, it’s presented as if the act of Jonathan lifting the rock is itself supposed to be inherently exciting. The moment is a non-sequitur of tonal expectations, where the show itself is far more excited about this moment than the audience has any reason to be. In the end, this disconnect of expectations generally results in either befuddlement or laughter.

If that were the only time this happened, befuddlement would probably be the obvious choice. But JoJo’s Bizarre Adventure is all about moments like that - moments where the show seems deeply, sincerely invested in dramatic concepts that really shouldn’t work. Perhaps the most famous from the first arc is the classic “luck/pluck” moment, where an ancient swordsman Jonathan has defeated is so inspired by his dignity that he… bequeathes him an ancient sword, complete with two magic sigils. In a polished narrative, that scene wouldn’t exist - we don’t care about this swordsman (in spite of the show's breathless and overlong history lesson), his sword only briefly reappears, and the addition of “pluck” is utterly nonsensical. But JoJo believes in the drama of that moment absolutely, and so the audience is forced to either be carried along for the ride or wash their hands of this nonsensical production. 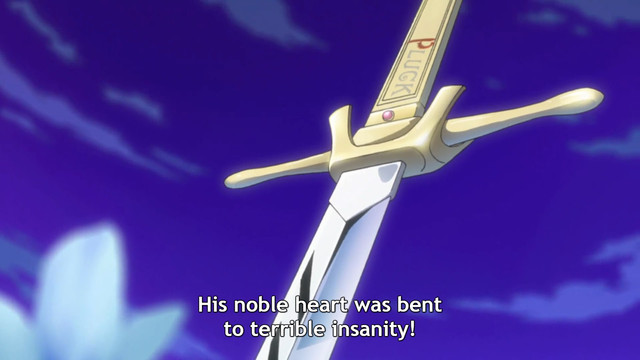 Over time, this tendency to invest utterly in nonsensical dramatic concepts establishes itself as one of JoJo’s most rewarding features. To its audience’s natural question of “why is this supposed to be exciting,” the answer is always “because of course it’s exciting!” It is abundantly clear that Hirohiko Araki really does find everything he embraces exciting - just look at the lavish and largely wasted attention to detail in moments like this tableau of Kars’ final form, a flourish that apparently also reappeared to describe Chili Pepper’s lovely guitar. This instinct fell by the wayside somewhat in Stardust Crusaders, but has returned with a vengeance in Diamond is Unbreakable, largely because so many of its suburban conflicts are so very mundane.

Rohan in particular almost embodies this instinct. His introductory episode is a good example, as it demonstrates how freely JoJo applies its conventional dramatic tricks to basically any scenario. While dramatic reaction shots and breathless exposition are generally used to accompany actual fight scenes, Rohan’s intro uses those same tricks to celebrate the drama of Rohan… inking a page really fast. And Rohan himself is a man who utterly believes in the dramatic importance of trivial activities, as demonstrated through his unwavering dedication to actions like beating a child at rocks-paper-scissors or discovering how Josuke is beating him at gambling (while his house burns down beside him). 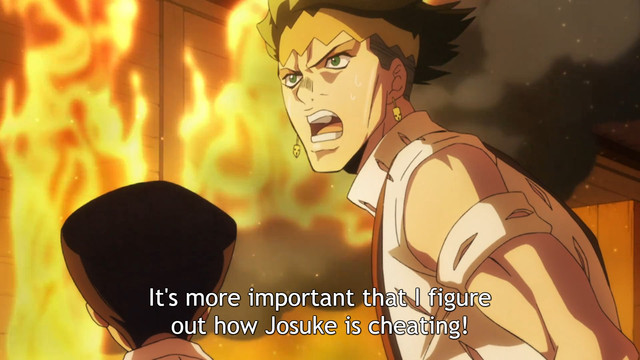 So yes, in the JoJo universe, battles with cats deserve just as much dramatic enthusiasm as battles with sadistic vampires or ancient pillar men. Why wouldn’t they? JoJo exists in a world of constant enthusiasm, where whatever’s coming around the corner will instantly become the most thrilling and pivotal experience of your life. JoJo is full of fanciful concepts, but sometimes its most rewarding conflicts are its least outlandish. JoJo finds excitement in everything, and its excitement is infectious.

JoJo's Bizarre Adventure Has Come A Long Way: A Retrospective