FEATURE: Found in Translation - An Exclusive Interview with J-Novel Club

We speak with Sam Pinansky, the founder and president of the new light novel e-book service. 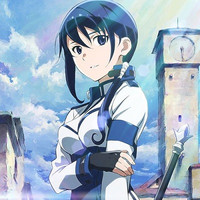 J-Novel Club is an exciting new e-book publishing service for Japanese light novels. The company has already licensed six novel titles for worldwide English release, including Occultic;Nine and Grimgar of Fantasy and Ash, which you may be familiar with through the anime versions currently streaming on Crunchyroll.

So how does the service work? J-Novel Club releases their titles in weekly installments on their website, and also on the J-Novel Club App for iOS and Android.  When the translations are finished, the e-books will also be sold at major e-book retailers, including Amazon, Kobo, Nook, and iBooks.

If you’d like to follow the weekly installments, you can sign up to be a member for just $4.50 a month. Premium memberships are also available for $10.95 a month. The company has plans to announce at least four more licenses before the end of the year, so now’s a great time to join up if you haven’t already.

To talk about J-Novel Club and the current state of light novels in the west, Crunchyroll spoke with Samuel Pinansky, the founder and president of the company.

Read on for our exclusive interview! 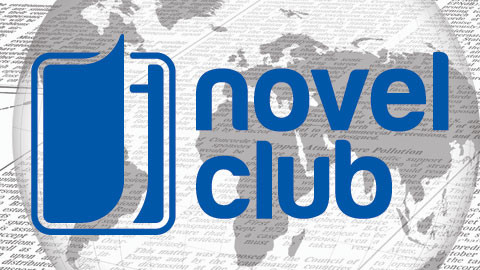 Q. What made you get into translating and distributing light novels?

I've been involved with translating and subtitling anime (and to a lesser extent manga) for worldwide distribution since simulcasts began, and with the increase in anime productions being based on light novels over the past years, I realized that there was a whole universe of content out there in Japan that's hardly available in the west at all.  I decided to turn it into a business late last year, once I manage to convince myself that it could be sustainable, because I saw a lot of latent demand for the content out there among the fans.  There has been a rise in illegal fan translations, but many of those translations are really poor quality. Some are even just machine translated! The books deserve better than that, and the fans will understand that supporting good translation is super important for novels.

Q. Do you have a favorite light novel?

One of the first light novels I ever read was The Melancholy of Suzumiya Haruhi, and it's still a favorite of mine, but if you are looking for something maybe a bit more obscure, I really enjoyed a light novel series called [email protected]!.  It's about a twin brother and sister switching places with each other... like a light novel version of The Parent Trap except not really at all.... You see the brother has a crush on a girl in his sister's all girls' school so he pretends to be her to get closer, and his sister is fed up feuding with the head of the sorority so she's happy to go be a boy at her brother's normal school and then they end up falling for other people and there's mistaken identities and cross-dressing and shenanigans and inter-club battles and foreign exchange students and super rich rival suitors and a heroine who knows Capoeira and *voice trails off*

Q. Not only do you own J-Novel Club, you’re translating My Little Sister Can Read Kanji. What’s it like to translate such a wacky and satirical novel? Was there any particular reason you chose it?

I chose it because when I read the first 50 pages I couldn't stop grinning the entire time! Afterwards I debated whether I should actually translate it myself, as I knew I would have my hands full running the business, but in the end I wanted to do it myself because I knew only someone as "brilliant" as myself could ever do the translation justice. I always relish the challenge of trying to translate something so difficult in such a... unique way.

Q. You’ve had prior experience dealing with Japanese companies and securing international licenses. What did you learn from your experience with Anime Sols?

I learned so much, I feel like I could write a book on it. The most important lesson is to never compromise on your vision. When it comes to negotiating with Japanese companies the most important thing is to figure out what both the company's goals are, and the individual you are negotiating with's goals are (they are not always the same), and how to navigate the two.

Of course the most important thing when it comes to negotiations is to form a bond of trust, but I knew that before Anime Sols!

Q. Your site has been described as the “Crunchyroll of light novels” because of the regular content updates and tiered subscription model, although the comparison only goes so far. Currently, your English-language novels are not timed alongside the Japanese release dates. Do you see “simul-publishing” as feasible or something to work toward? Or is that only possible for anime and manga?

Oh, it is definitely feasible. There are issues, however. There are still many publishers that do not release digital formats of their books until weeks or months after the print copy is produced in Japan. I would suspect it would be difficult (but not impossible) to convince them to allow a digital release in English internationally before a digital Japanese version. Unlike anime there is no real fear of reverse importation, however. But for many publishers, I could definitely see us releasing volumes very soon after their publication in Japan. I am not convinced, though, that "simulcasting" novels is something our users will care as much about as a consistent and diverse selection of content, at least in the short term.  In short, if there is an opportunity to release a novel simultaneously with the Japanese release, we would consider it, but it is not a fundamental part of our strategy.

Q. Your company currently has a deal with Hobby Japan and Overlap. Do you plan to make deals with other publishers, such as Kadokawa, Kodansha, Shogakukan, etc.?

We are in negotiations with a large number of publishers for licensing rights. Some publishers are still wary of a strategy of "digital first", and are only interested in deals which contain print rights and a significant initial print run... Hopefully we can convince them that our model is a good one for their titles. Our licensing strategy is to license a wide variety of genres and titles, from as many publishers are we can. Obviously the Japanese publishers each have their own goals, so some publishers will be easier to work with than others, and it will take a while and track record of success to crack some of them open, but thankfully there is a wealth of great content out there to choose from.

Q. Do you plan to include older (pre-2010) titles in your lineup? How about light novels aimed at female audiences?

So far the oldest title is My Little Sister Can Read Kanji which was released in 2010. Honestly speaking, series from before 2010 are not our licensing priority right now, except those that already have a fan base in the west. For female targeted light novels, we definitely are aware of the fanbase there is for that kind of material. But with a limited translation capacity and budget, I decided to refrain from licensing those titles for now. I would like to open up a separate label for those kinds of books in the future and expand into those genres if I can.

Q. Do you have any plans to release print versions of your novels, assuming the demand is high enough?

Right now we do not have print rights for any of our books, but we are looking into various ways that we could propose to the Japanese rights holders for producing a print version. J-Novel Club is a small startup and we do not have our own printing/distribution/warehouse capabilities, so if we were to provide print versions it would be through a 3rd party partner, and we are exploring the possibilities. However, as a business, we need to support our translation and licensing solely through our subscription service and e-book sales.

Q. What’s the future of light novels in the west in your view?

If you look at the stories being written in Japan, some of the most creative and fun content is actually being published as light novels or web novels. So far, only the most popular series have had any exposure in English, but with J-Novel Club and other publishers starting to release more light novel series, I think that the community of English speaking light novel fans will grow rapidly over the next year or two. And because many of these books are just great books in their own right, we will see people who are fans of fantasy or sci-fi also joining up and helping to grow and diversify the fan community.

I remember when I was in middle and high school, I loved to read. I would read these pulpy fantasy novels or sci-fi classics and just eat them up, they were really the favorite part of my childhood. I see a lot of the same thing in these books: interesting fantastical stories, crazy characters, massive world building, and most of all, fun. There's a lot of argument online about what exactly defines a "light" novel, but for me it means a novel that is fun to read. And I hope to take a new generation of fans who maybe never experienced how fun it is to read a book and show them just how amazing it can be!

The future of light novels in Japan and in the west is a bright one!

Has your interest in light novels been piqued? The following titles are already available on J-Novel Club, where you can read the first part for free: 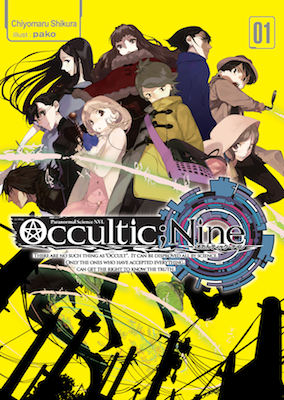 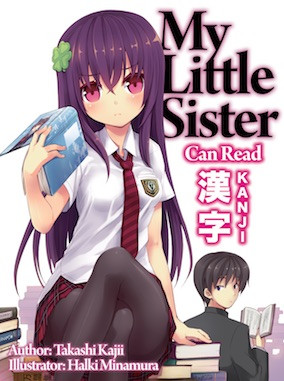 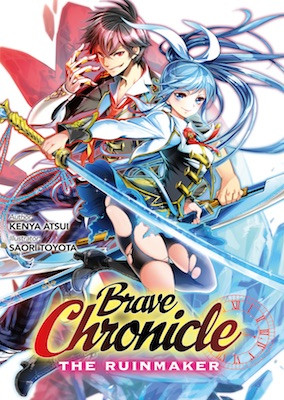 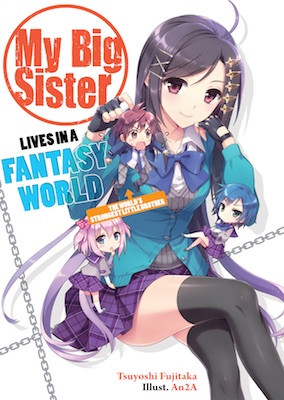 My Big Sister Lives in a Fantasy World (more info) 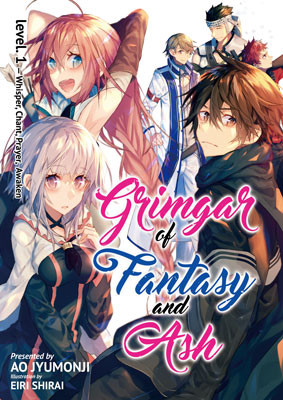 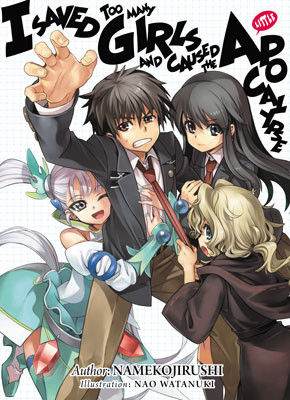 I Saved Too Many Girls and Caused the Apocalypse (more info)