FEATURE: Aniwords – "Girlish Number" and the Indelicate Art of Owning Yourself

In which a cute anime girl learns that pride comes before a fall... 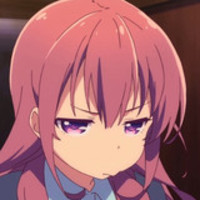 The use of the word "own" in the title of this column is that of the common internet definition, as codified by the much-parodied Richard Dawkins tweet. Synonyms: pwned, dunked on, hit with a sick burn, etc. But while we typically think of "owning" as scoring cleverness points on others online, in real life it's perhaps much more common that we—through our own naïveté, hubris, or other human flaws—end up owning ourselves. Of course, the scale of such ownage varies depending on the situation (sticking your foot in your mouth on a date versus messing up a project at work because you were too proud to admit you needed help), but it's a human reality that we often just can't get out of our own ways.

The main character of this season's Girlish Number (based on the light novels by My Teen Romantic Comedy SNAFU author Watari Wataru), Chitose Karasuma, is such a human. It doesn't take even the full length of the premiere to figure out exactly what her faults are, because she basically revels in them. Brash, overconfident, insensitive, vain, and entitled, Chitose is also naïve and convinced of her own greatness. She puts herself over others, believes she's owed success for her delusions of "talent," and generally makes a pompous ass of herself at every opportunity. The words of the episode titles so far provide us with the show's own perspective of her; she's "careless," "a braggart," and "blasphemous." In short, Chitose is a person primed to own herself.

... and she does so repeatedly. By dropping Chitose in the fishbowl of a professional industry, Girlish Number puts her childishness on display for what is really is—and shows the real effects it has. This is the starting point. 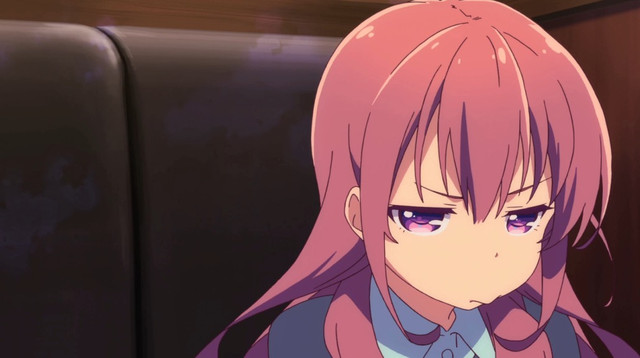 Although Chitose is blessed with a good character design and seemingly endless goofy anime faces, it's difficult to call her cute, per se. Narcissitic, selfish behavior is often played up as cute in many moe shows, but the bluntness of Girlish Number's setting undercuts these behaviors with a cold dose of the real world. Chitose, despite being a professional voice actress, is a child in mindset, attitude, and action. And while such displays are acceptable for children, Chitose is supposed to be an adult. Through the halfway point of the third episode of the show, her poor work ethic, refusal to listen others, and inflated sense of self-importance actively sabotage not only her reputation, but also the work of others. It's like watching a baby pound a gavel in a judge's chair – except, in this case, the baby is a working adult of legal drinking age. Not so cute now, huh?

This all sounds quite serious, but Girlish Number imbues Chitose's antics with a sense of dark humor by allowing the starkness of the professional setting to highlight the stupid absurdity of her behavior. And it's here that the concept of the "self-own" really comes into play. When watching Chitose, though, the real gag is how completely unaware she is of how she's owning herself. We, the audience, and the other characters in the show are keenly conscious of how she consistently embarrasses herself with her poor acting, disrespect social norms, and tendency to say dumb stuff, but Chitose herself is blissfully ignorant, cushioned in a comfortable nest of her own hubris. She owns herself without even realizing it. And, while it's just a tad bit sad to watch, it's also quite funny. Her continuous faux pas stack on top of each other in a way that's obvious to everyone around her, and her ignorance of reality makes watching her jarring, but in a humorous way.

Painfully, but fortunately, for Chitose, the professional world isn't so forgiving that she can just continue on forever in her comfortable egg of self-aggrandizement. In the middle of episode three, the shell begins to crack as repeated failures she can't ignore chip away at her self-confidence. Chitose might be naïve, airheaded, and cocky, but she's not so dumb that she can't tell when she's not succeeding the way she thinks she should be. Her most significant self-owns of causing herself to do multiple retakes are fundamentally simple lack of preparation and effort, but they're also the ones she is made acutely aware of because the stage on which she's acting out is one entirely ill-fit for her childish behaviors. 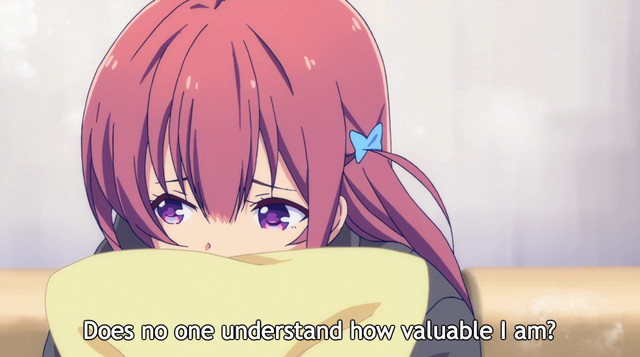 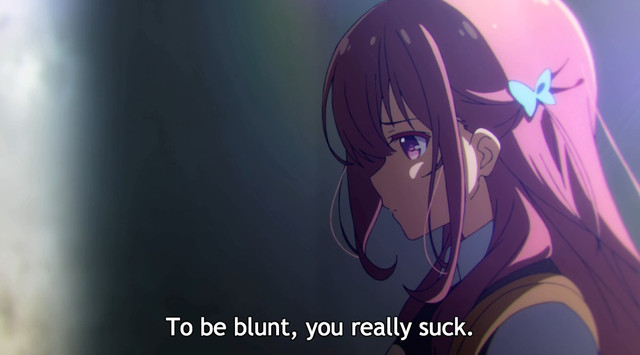 There's an inevitability to Chitose's mid-episode 3 comeuppance that makes it both sympathetic, though. We've already discussed Chitose's foppish behavior as that of a child in an adult's world, but there's also an element of unavoidable ignorance for her at play, as well. Chitose acts like a brat, but it's not completely her fault (most of it is, though). Growing up is hard, and making a graceful transition into the working world is just as near-impossible as nailing your perfect high school debut. The learning curve of adulthood is a steep one, and figuring out the rules of this game with its high stakes is without a doubt one of the most difficult experiences most of us will go through.

That goes double for Chitose, who works in a creative field where artistry, ego, and the pressures of commercialism are all wound up together. As with the audience's ability to be aware of Chitose's screw-ups, there's another set-up of assumptions about the audience that Girlish Number pitches to: anime industry cynicism. Although it's couched in comedy, Wataru isn't pulling his punches when it comes to portraying the way certain anime get made (or the reputation of his chosen niche). We the audience probably know enough ourselves about the industry to see that the show Chitose gets cast as a lead in is nothing more than another assembly line cash-grab—but Chitose doesn't. All she can see is the bright light of opportunity before her; her moment to shine. And while, yes, her naïveté feeds into her inability to see the obvious truth, it's also hard to fault her entirely for wanting to be a star and either missing or ignoring the fact that she's only been selected because she's a fresh face.

But there's something of a happy ending to all this. Despite owning herself time and time again, Chitose's reality check allows her to begin to own herself in a different sense—taking responsibility for herself, her job, her attitude, and her actions. It's not pretty, and it's not easy. She has to suck up her pride, ask for help, and work harder. She has to internally acknowledge that she's not a star yet and that she also kind of doesn't know what she's doing, all so she can take a few small steps toward becoming better. Learning to own yourself as a person and a professional is an indelicate art, and Chitose is just at the start of a long journey. But, at the very least, she's given herself a chance now. 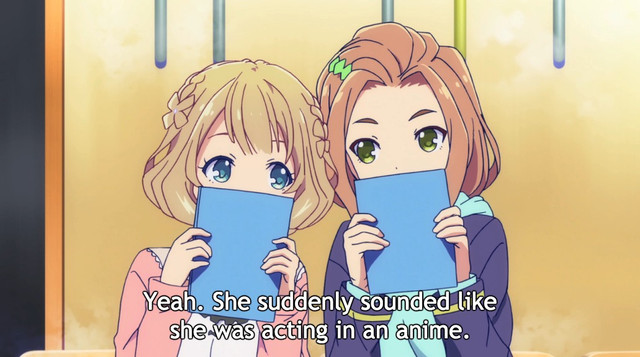