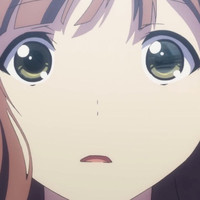 I have a number of non-traditional anime genres into which I like to categorize the shows I watch, and one of my favorites to think about are "ideas shows." While it's always pleasure to watch a show that speaks well for itself, has coherent thematic points, and winds all of its creative concepts together, I often find it just as (if not more so) rewarding to ponder the ideas contained in less finely structured anime. These "ideas shows," in which different ideas bounce around without ever coming completely together, are fun specifically because they are less clear in their intent – and thus the viewer is left with far more room to speculate, ponder, and interpret.

To label Lostorage incited WIXOSS as one of these shows would be unfair since it's only aired five episodes so far, but my sense of it at this point is that it's not crafted quite well enough to effectively pull its best ideas together by the end of its run. Of course, I could be proven wrong – and I'd certainly love to be! – but that's my impression of the show so far. And, as such, I think we've come to an appropriate time to reflect on some of the show's best ideas, the interesting deeper implications of them, and to speculate a bit about where Lostorage might be going in the future. 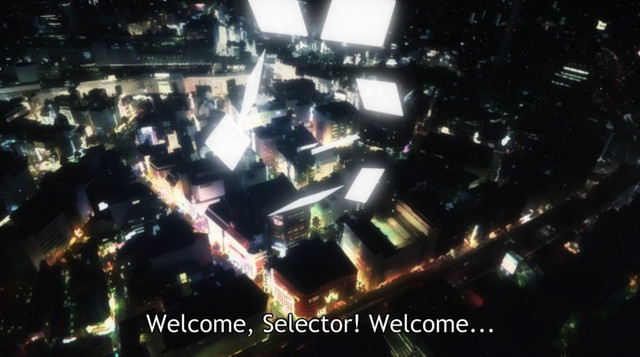 One aspect of Lostorage incited WIXOSS that has not yet been fully explained is the process of selection. In the original WIXOSS series, Selectors were girls chosen who had specific wishes they desired to have come true; however, in Lostorage the selection process seems to have been done almost at random. While I do expect some sort of logic to be revealed that unites the Selectors of Lostorage, the appearance of an arbitrary selection actually reinforces what seems to be one of the franchise's most-favored elements: Unfairness.

In the first episode of Lostorage, protagonist Suzuko wonders why she was chosen to be a Selector, and is given the following cold answer by her LRIG: "It doesn't matter. You were chosen." While the cruelty of randomness isn't necessarily all that compelling on its own, the fact that this selection has drawn Suzuko into a system she has no desire to participate in and no understanding of lends it a little more intrigue. That is, it's not simply the idea of being picked by an unseen, uncaring force that Lostorage leans into—but rather that a forced choice has a unwanted result for Suzuko. Likewise, for Chinatsu, randomly being chosen as a Selector winds up meaning that her life is turned upside down.

This element of WIXOSS is also interesting because of the way unchosen selection pushes its characters into situations where they must instead make choices. While the immediate results of becoming a Selector are basically all negative, in a wider sense it is an exercise in agency for Chinatsu, Suzuko, Hanna, and the others. If selection is fate, then the remainder of being a part of the WIXOSS system is deciding what to do with your fate. Being picked to decide your own fate... what an attractive prospect... 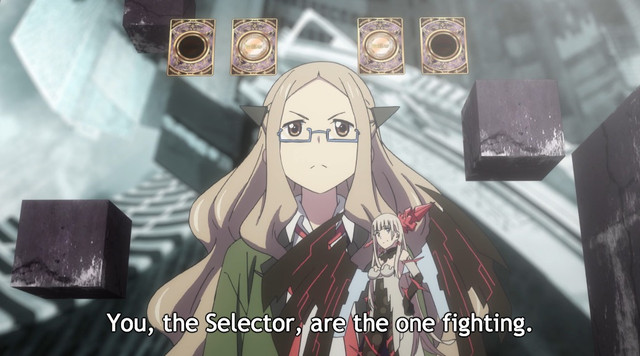 Of course, just because you are selected doesn't mean it's easy. In the WIXOSS universe, becoming a Selector means you are forced to put everything you value on the line whether your want to or not. And, further, the WIXOSS system itself is one that is inherently unfair. If the lessons of the first season are to be believed, even winning within the context of the system isn't a surefire bet of escape or getting what you want.

This leads us to some reflections on the nature of systems themselves, particularly of those we do not ourselves choose to be a part of. Many of the systems we experience throughout our lives are not ones we volunteer to inhabit – they are societally or culturally or governmentally (or all of the above) established for us. In these cases, as it is for the Selectors of Lostorage, one might even say that the very nature of choice is altered and falsified. Having been brought into the system against their will, even those who decide to seize what they can, like Chinatsu does, are playing with the mere illusion of choice. In other words, if Chinatsu does manage to change all of her memory coins to gold, she's still only done so on the system's terms.

The other thing about Lostorage's Selector system that makes it so terrifying is the way it punishes those who reject it. With the stated rules of the game being "win, and gain the ability to manipulate your memories," the prize for the winning Selectors is conceivably one that some (Suzuko, for example) might not want. This prize is not equivalent to the cost of losing, which is annihilation and loss of self (although perhaps winning and losing here are just two sides of the same coin of the destruction of one's identity). But even those who wish not to participate in the system are threatened with the loser's lot. To refuse to play is to lose, but playing is no guarantee or success. 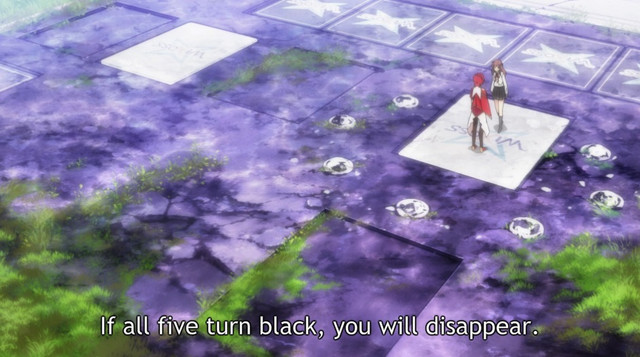 While the first WIXOSS anime dealt with the promise of power and having your desires met, Lostorage takes a different, and perhaps more personal path. There are likely few parts of the human being's existence that we would consider more critical to our essence than our memory, and Lostorage makes this connection explicit by making memory the literal currency of the game. If we connect this idea back to the previous concepts we've discussed already, the real threat that entanglement with the WIXOSS system brings becomes crystal clear: Selectors are forced to gamble their very selves in system rigged against them. And, while I'm tempted to start rambling about Lostorage as an allegory for life, I think it's more intriguing to consider the tensions between memory and the other two important elements of the show.

As I've already noted, Lostorage's use of memory makes participation in the game intensely personal. The deep individual meaning of what's risked stands, however, in stark contrast to the impersonality of the selection and the system. If Selectors are picked at random and the system doesn't care about anything except ensuring that you play by its rules, the very individuality and identity that makes up each person is compromised. In fact, these are things the dehumanizing nature of arbitrary selection and an uncaring system inherently reject. In other words, it's via the personal nature of memory that Lostorage is able to draw out the most threatening potential of selection and system.

And, anyways, even if you win, have you really "won" when the prize is the ability to manipulate the very memories you've been playing the game to protect? Assuming that the trophy at the end of the WIXOSS journey comes without strings attached (highly unlikely, given what we know of this system already), what you get for making all five of your coins turn gold is the chance to eliminate the self you've been fighting to keep. It is the ultimate twist of the knife, as a singular point of the personal is turned against itself. There really is no way to win. 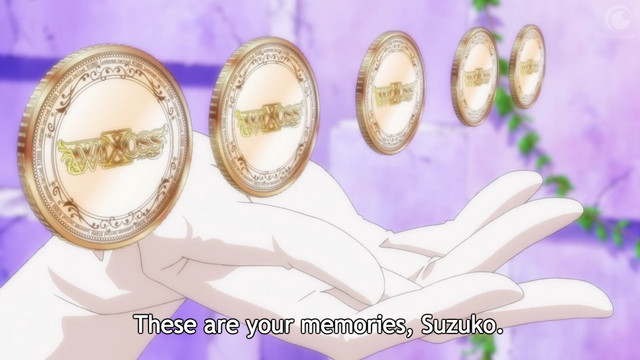 And so, this is the trio of ideas makes up the core of what Lostorage incited WIXOSS is playing with this season. Where it will all lead is still tough to say, but as a closing note I want to point out that, although the show's setting is a fantastical one, these three ideas are not ones that are all that distant from our own experiences. Unfairness, the seemingly uncaring world, and struggles to maintain our identity are things we're all likely familiar with in some capacity. Whether or not Lostorage manages to tie these ideas together remains to be seen, but the familiarity of it all makes it tough to look away as the chips fall.

Of course, these are all just my interpretations of the elements of Lostorage incited WIXOSS. What do you guys think about the way it uses familiar aspects of life to construct its twisted world? Let's hear you down in the comments!