FEATURE: Found in Translation - "Yuri!!! On ICE" and Social Media

The secret ingredient behind the show's success...? 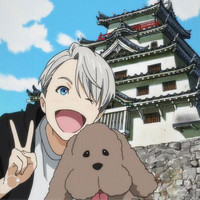 Even if you’re not watching Yuri!!! On ICE this season, you might have heard people talking about it on social media. There’s no mystery behind why it’s so popular. Between the amazing figure skating scenes, attractive guys, and quirky humor, what’s not to love?

For me, however, what stands out most about Yuri!!! On ICE is how thoroughly social media permeates the daily lives of its characters. The plot even kicks off in episode 1 because Victor watched Yuri’s skating through a video posted online. On top of that, the anime’s ending sequence features images from the characters’ social media accounts, and you’ll constantly see the characters snapping pictures or using their smartphones throughout the episodes.

For those of us who share our thoughts on anime through social media, watching Yuri!!! On ICE is a particularly special and communal experience. Even outside the narrative proper, YoI has a strong social media presence. The series has an official Instagram account which posted about Victor’s visit to Hasetsu Castle after episode 2 aired. The official Twitter account follows a bunch of famous figure skaters—and some of those skaters even post about YoI on their own social media accounts!

These days when I’m watching anime and posting about it online, I often find myself thinking, “Where does the anime end and the social media experience begin?” For me, “livetweeting,” the act of tweeting about anime as I’m watching it in real time, has become an integral aspect of my viewing experience. I follow anime twitter accounts and discuss episodes through twitter. Watching anime is by no means a solitary experience.

Shows like Yuri!!! On ICE deliberately blur the line between social media and the world presented in the anime, making it even harder to detach the technology from the way we watch modern anime. When real-life viewers can access the twitter accounts and websites depicted inside an anime, it adds a whole new layer of immersion for them. The principle is the same as anime pilgrimages, where fans visit the real-life locations depicted in anime. 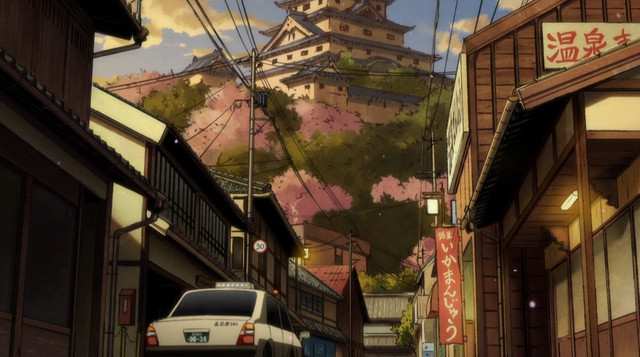 Speaking of which, Yuri!!! On ICE is full of real-life locations! See Wilhelm’s article for details.

I’m not interested in romanticizing social media as a tool for connectivity here. Even though thousands of people around the world follow YoI’s social media accounts, this doesn’t mean that they’re all communicating with each other. Rather, using social media is much like the process of translation—it can make new connections and encourage new interpretations from viewers, but it doesn’t remove language and cultural barriers.

In a similar way, the characters in YoI navigate language and culture-related issues. Even with modern technology, they can’t always communicate with each other easily. For one thing, Victor can’t speak Japanese. His awkward, stilted language in the company of Yuri’s Japanese countrymen indicates that he can barely speak it. It doesn’t help that the residents of Hasetsu speak in dialect, which makes it even trickier for an outsider like Victor to communicate with them! Meanwhile, Victor speaks fluently with Yuri, indicating that they speak the same language to each other, presumably English. (FYI: This was confirmed in an interview.)

It’s also worth paying attention to the different ways the characters use social media to communicate. Our main character Yuri, for instance, doesn’t use social media at all, and his private skating session was only uploaded on the internet because his childhood friend’s more tech-savvy daughters took matters into their own hands. Victor, on the other hand, constantly updates his social media feed with pictures of himself and his location. While in Japan, he uses his social media like a tourist—which makes sense, given that is precisely what he is. 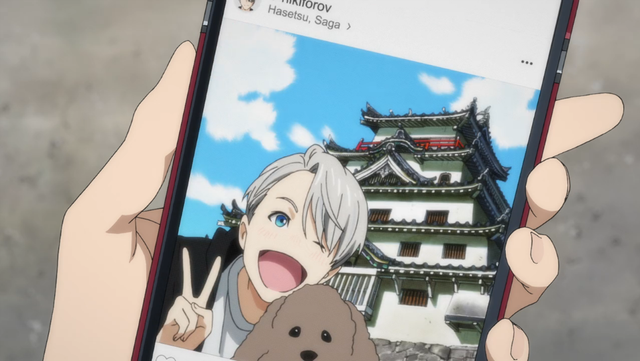 Even Yurio, a character whom we’d normally think wouldn’t concern himself with the frivolities of social media, takes a photo of the first tourist landmark he comes across when he initially arrives in Hasetsu. He’s about to upload the picture online, but then thinks better of it, realizing that doing this would communicate his exact location to his followers around the world. With just these three examples, we can see that social media is used in the narrative not just as a tool to communicate (or not communicate), but as an indication to the viewers of how the characters respond to a change in their geographical surroundings.

Overall, YoI is very much in touch with social media and the way people use it. Even if the narrative didn’t follow the international figure skating scene, one is never left in any doubt that YoI is set in a very modern, globalized world. No wonder it’s been so massively popular among Crunchyroll viewers, if the maps of the USA, Canada, Australia, and Europe are any indication. And no wonder the anime’s social media accounts have been so popular—the Twitter account alone has almost 150k followers, and the number is currently increasing at the fastest rate among all the Fall 2016 titles.

Every day, my twitter feed has been flooded with people posting fanart and talking about how much they love this anime. Have you been following Yuri!!! On ICE on social media?